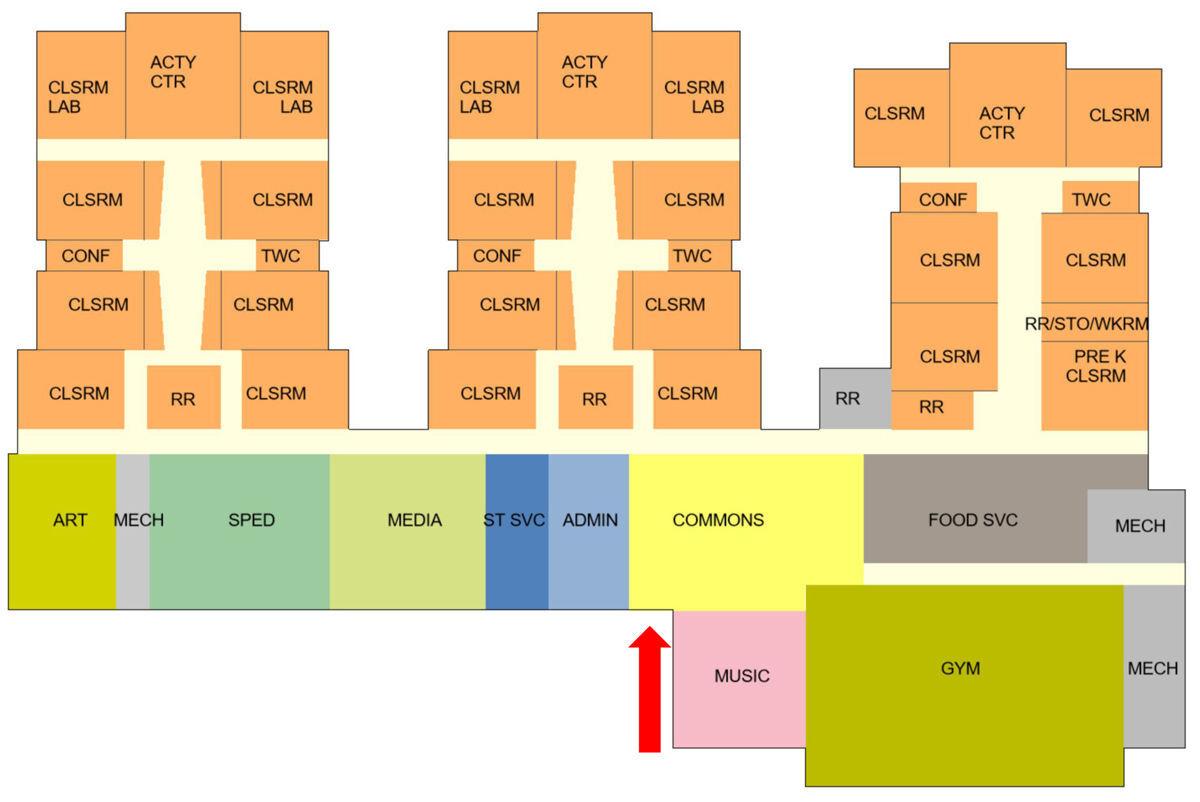 The floorplan for three new elementary schools is a more modern layout with space for students to gather in small and large groups as well as classrooms designed and equipped for STEAM (Science, Technology, Engineering, the Arts and Math) hands-on learning. 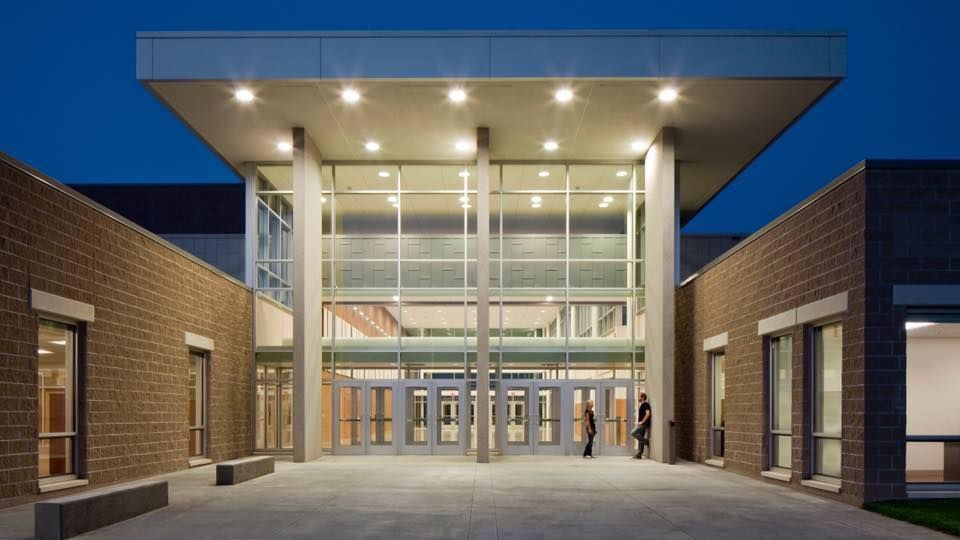 LED lighting and a ground-source geothermal system included in the $123 million bond issue for the new and renovated buildings will be modeled after Johnson Crossing Academic Center (pictured) and help reduce energy consumption.

Editor’s Note: This is the third of a multi-part series looking at aspects of the Fremont Public Schools bond issue which will be decided by mail-in vote on Sept. 14. Today’s story focuses on operational and energy efficiencies.

The $123 million no tax levy increase bond issue that will be decided by voters on Sept. 14 will not only bring new elementary school buildings and a new Career Training Education center at Fremont High School there is also an emphasis on indoor air quality and creating operational and energy efficiencies.

Washington, Howard and Clarmar Elementary schools will be completely rebuilt, Linden Elementary will have the 1950’s wing replaced and Milliken Park Elementary, an open space designed school built in the late ’70s, will receive walls for instructional and security purposes as well as indoor air quality improvements. A large portion of the high school will also receive indoor air quality improvements and code updates.

The improvements to indoor air quality consist of a total reconditioning of the interior/exterior building components. Energy efficiency was not a priority for buildings built in the ’50s, ’60s and ’70s. Boilers were used to heat and single-pane windows were opened to cool rooms and provide fresh air.

Air conditioning was added to elementary schools after a $29.9 million bond issue was passed in 1999. At that time, state-of-the-art rooftop units were placed above the corridors in elementary schools to provide air conditioning during the cooling season and fresh air during the heating season. These units eliminated the number of days students were dismissed early due to extreme heat.

In 2010, the construction of Johnson Crossing Academic Center included ground-source heat pumps, a system that has been used to cool and heat schools in Nebraska for about the last 20 years. The system utilizes a series of closed-loop wells to pre-heat/pre-cool water that is at a constant 55 degrees.

Fremont is positioned well geographically for the utilization of ground-source geothermal systems being positioned above the sand-based Ogallala aquifer which is more efficient than other substrates below the surface such as granite or limestone.

The new buildings will use the ground-source geothermal system such as the one at JCAC and the same system will be evaluated from a cost/benefit perspective for the renovated spaces.

More energy-efficient heating and cooling systems and LED lighting, the new and renovated buildings will be nearly energy-neutral and therefore lessen the impact the district will have on the community’s energy resources.

“Not only will the District be saving money in their operational budget, but they also will not be placing a burden on the Department of Utilities’ grid space. As the city continues to grow this becomes even more important,” said John Delaney of the Morrissey Engineering team.

Areas of the buildings receiving indoor air quality upgrades will also get updates to interior finishes such as paint, flooring, and ceilings.

“For all intents and purposes the buildings will be modernized and have a new look and feel to them,” said Jeff Glosser, FPS General Operations Administrator.

The three new elementary schools will have four classrooms for each grade level. This is another way to increase efficiency said Associate Superintendent Brad Dahl.

“Not only does this model create the efficiencies outlined above, over the long term it reduces the district’s need to build additional buildings,” he said. “By moving from two and a half or three-section buildings to full four-section buildings you, in effect, gain the equivalent of an additional elementary building through the process. The core spaces are more efficiently utilized and the eye to the future is there to accommodate additional students/”

The design for the new elementary schools will follow the Bell Field Elementary floor plan. Bell Field, which opened in 2001, has many spaces within the building that are completely relevant to the current and future needs of educational delivery models. It is a core hub-based design with classroom pod areas around the perimeter. The new elementary school will have the same design concept but will be more linear with classroom pod areas protruding from the core areas. This design will allow for construction to take place with minimal disruption to the existing learning environment.

“The architects will spend considerable time working with teams of teachers to identify what really works well in their current classrooms/buildings and what improvements can be made to better accommodate instructional needs,” Dahl said.

“The district has traveling specialists in the areas of art, music, library/media and physical education. We have individuals that provide special education services—many of which serve multiple buildings,” he said. “Having larger elementaries, serving more students at a location, allows for less travel time ultimately providing a more efficient and effective model.”

Larger buildings with more sections in each grade have proven to be a more efficient staffing model making it more effective to balance class sizes. Balancing class size over grade levels in three-section buildings is difficult. It is even more difficult when comparing class sizes from across the district Eairleywine added.

“Although student achievement data is not necessarily directly correlated to class size, classroom management becomes a challenge the larger they get,” he said. “Accommodations related to spacing is something the district has been challenged with in dealing with the pandemic and other annual illnesses.”

Ballots were mailed out on Aug. 26 and are due back in the County Clerk’s office no later than 5 p.m. on Sept. 14.

“Our staff are just burning the candle at both ends and taking care of each other. We would like to honor the need for mental health for staff and students so we were asking for the 22nd and 23rd” of November off.

A Fremont High School graduate is among eight finalists for homecoming royalty at the University of Nebraska at Kearney.

The floorplan for three new elementary schools is a more modern layout with space for students to gather in small and large groups as well as classrooms designed and equipped for STEAM (Science, Technology, Engineering, the Arts and Math) hands-on learning.

LED lighting and a ground-source geothermal system included in the $123 million bond issue for the new and renovated buildings will be modeled after Johnson Crossing Academic Center (pictured) and help reduce energy consumption.