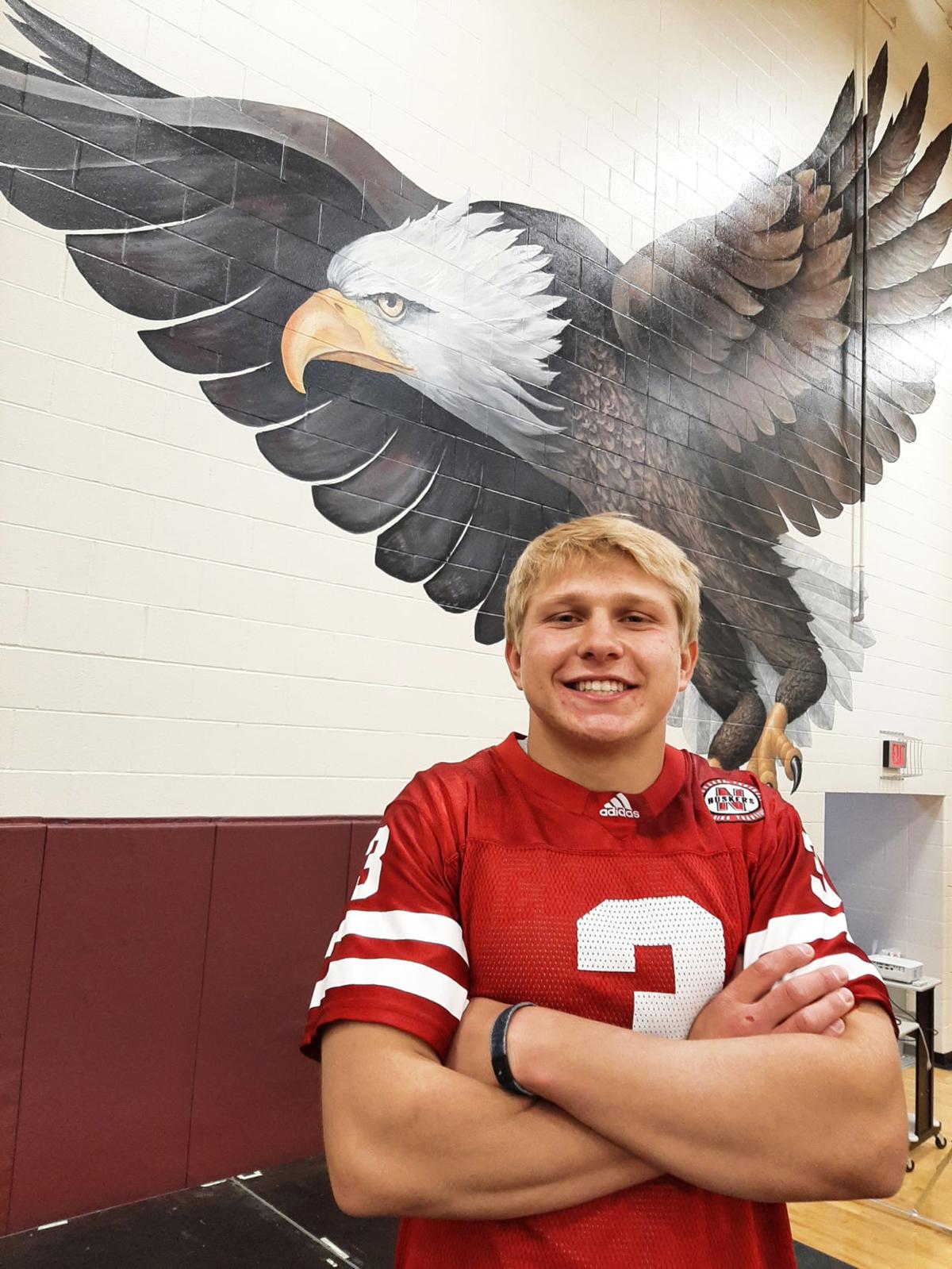 Joshua Miller, a senior at Arlington High School, has many good memories as he looks ahead to graduation. 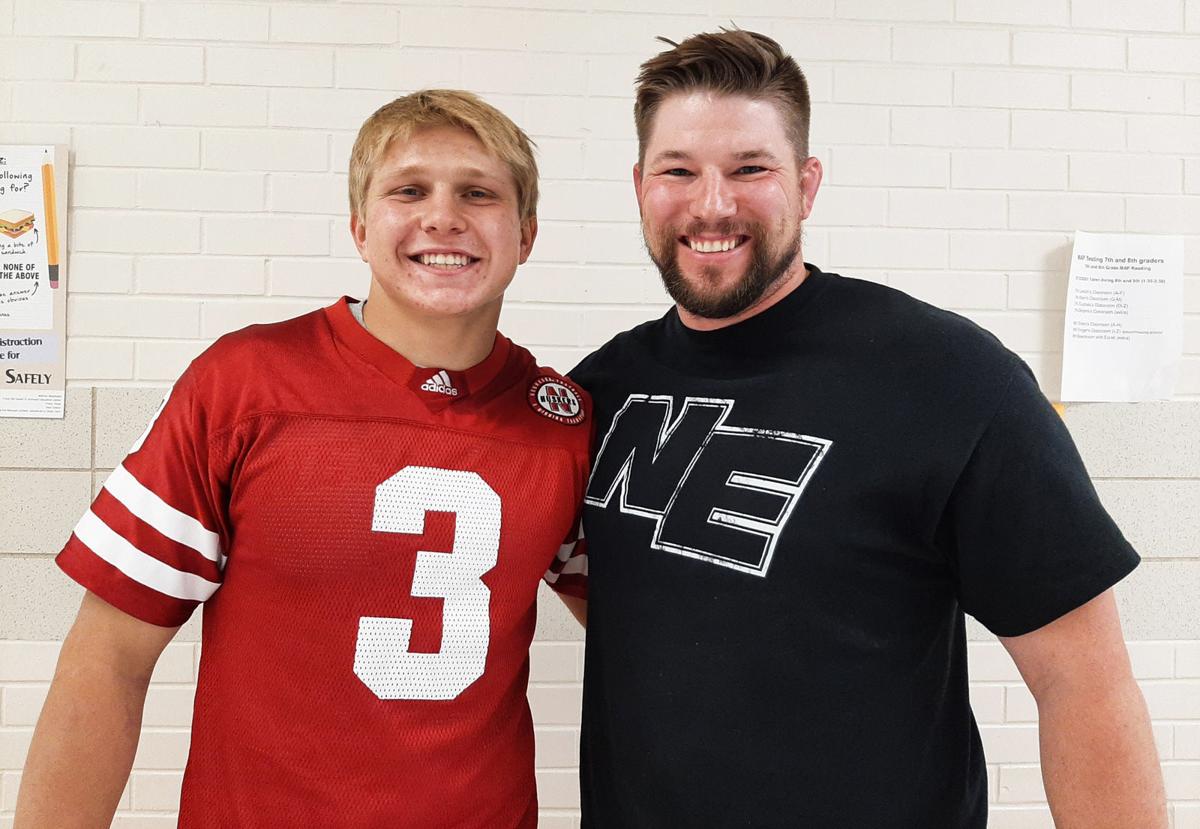 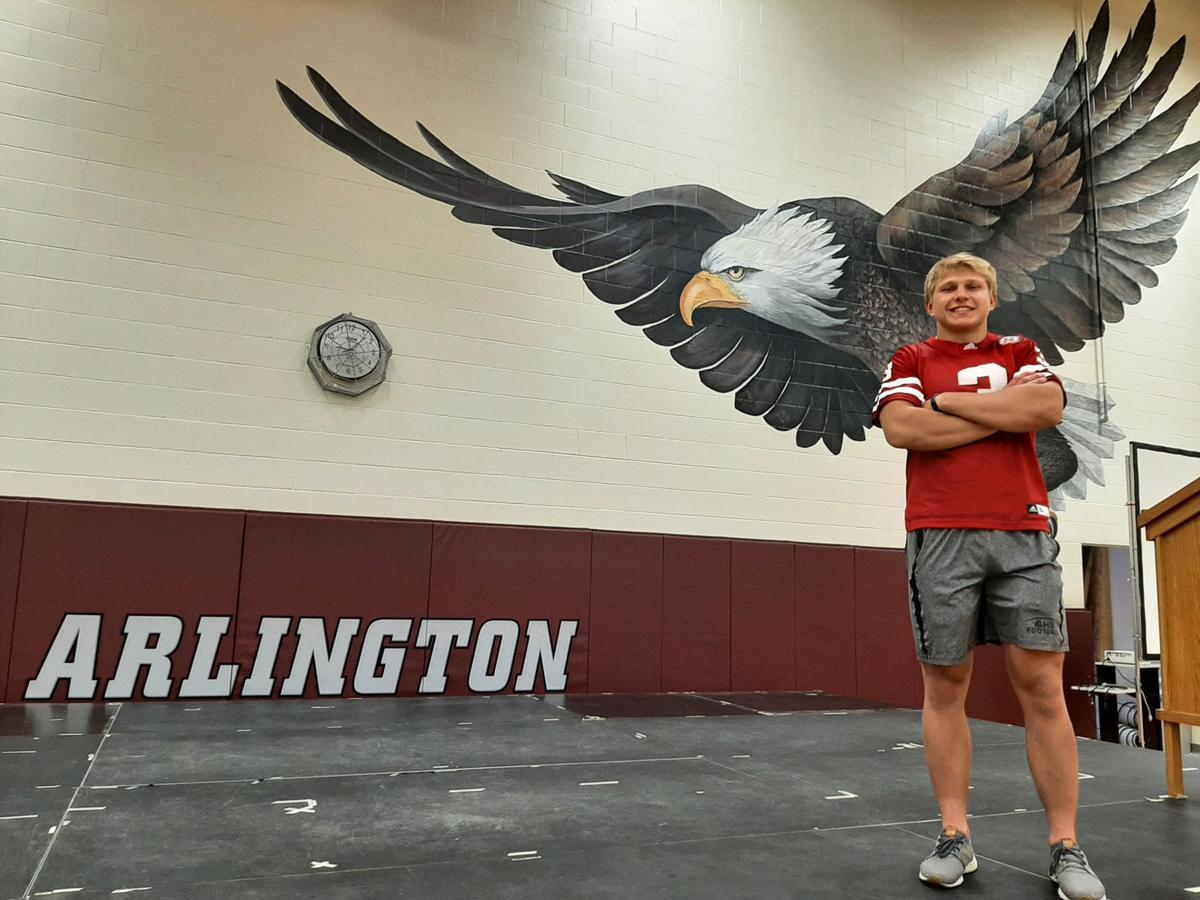 Joshua Miller, an Arlington High School senior, is looking ahead to the future as he prepares to graduate.

Joshua Miller has benefited from some great expectations.

The Arlington High School senior remembers when he came in fourth place at state wrestling as a sophomore.

He was disappointed, but Miller’s wrestling coach, Doug Hart, wouldn’t let that be the end of the story.

“This is the last time that’s ever going to happen here,” Hart told Miller.

Miller would wrestle at 160 pounds as a junior and 170 as a senior.

But before Miller stepped on the mat, Hart would ask:

Miller would have to say he was.

Or Hart would ask him again.

Those great expectations worked. Miller won in his weight classes as a junior and senior at the state tournaments.

“Even when I didn’t have the confidence in myself, he instilled that in me,” Miller said. “He helped me accomplish so many things.”

Now, Miller and the other 44 members of his senior class are looking forward to another accomplishment: Graduation on Sunday.

Looking back, Miller can see how his family, friends and teachers have supported him.

He said his parents, Scott and Kim Miller, have provided constant encouragement.

“They definitely set high expectations for me, but that’s what parents are for. They want you to be the best possible person that you can be,” Miller said.

Miller is the youngest of four siblings. His brother, Jacob, is an electrician who works for Fremont Electric. Sisters Molly Menard of Bellevue is pharmacist in Omaha and Sydney Miller is a physical therapist in California.

The soon-to-be graduate has made many achievements during high school. He has been part of the team that qualified for the national Future Business Leaders of America convention.

He was student council vice president this year and president of the AHS chapter of National Honor Society. He was part of Quiz Bowl for his school.

Miller was a pole vaulter as a sophomore and was on the AHS baseball team his freshman and senior years.

He was on the AHS football team all four years. He was starting quarterback from his sophomore through senior years.

One of his best high school memories occurred when the Arlington Eagles football team won in overtime against the Fort Calhoun Pioneers. He was a junior and starting quarterback that year.

Miller has enjoyed growing up in a small community and having good relationships with people in his class.

“Being able to spend that time together in high school was a really cool experience,” he said.

Celebrating his wins at state wrestling with teammates provided other great moments.

After Miller’s wins at state, they met him at the entrance of the tunnel of Omaha’s CHI Health Center Arena. They hugged and gave each other high fives.

“It was pretty special,” he said.

So was sharing those moments with his family.

He’s appreciated his instructors such as advanced math teacher Shawna Tierney. She was there whether he needed help with math or just wanted her opinion.

And there was Coach Hart, who also appreciates Miller.

“Josh is very hard working,” Hart said. “He is also very detail oriented, and puts as much time and work in the classroom as he does in his athletics.”

On Wednesday, Miller and other seniors got out of school early to practice for graduation and have a senior meal, which came from Raising Cane’s Chicken Fingers. They drove around the school a few times for their senior parade.

Miller plans to attend the University of Nebraska-Lincoln, majoring in biology and minoring in psychology. He’ll take pre-med classes.

His goal is to be accepted into medical school, preferably at the University of Nebraska Medical Center, and to become an orthopedic surgeon.

That goal grew out of an experience, which occurred his freshman year.

He was inspired by his doctor.

“Seeing how he helped me and seeing how he was able to get me back to doing what I love – like playing sports and being active – that made me want to do that as well and try to help people out,” Miller said.

Miller said he’s grateful for the support, whether from his parents, siblings and cousins, or teachers, coaches and friends.

“The community of Arlington is so close and everybody wants one another to succeed,” he said. “And if one person succeeds, it’s like all of Arlington did something great. Everybody is going to cheer for everybody else and wants everybody else to do amazing things. Whether it was them supporting me or me going out to events to support them, it was a really cool, fun atmosphere to be around.”

He looks ahead to the future with optimism.

“I don’t know what’s going to happen, but I hope things turn out well,” he said. “I’ve got the support behind me, so I’m sure it will be fine.”

For the last few years, the Rev. JJ Hartung has been a familiar face at Full Life Church in Fremont.

Selected artworks by fifth- and sixth-graders from Fremont Public Schools are part of a special exhibit this month.

Sgt. Randy Beaton knew time was critical as he searched for the missing Fremonter.

Retiring sergeant recalls his many mentors

Looking back on his lengthy career, Sgt. Randy Beaton believes one of the best part about his job has been the people with whom he’s worked.

Find out more about area meetings and events taking place May 18-20.

Investigators with the Nebraska State Patrol have completed alcohol inspections at dozens of businesses in three eastern Nebraska counties.

England-Biggs has served library for years

Laura England-Biggs is a familiar face at Keene Memorial Library, where she’s worked more than 15 years.

Joshua Miller, a senior at Arlington High School, has many good memories as he looks ahead to graduation.

Joshua Miller, an Arlington High School senior, is looking ahead to the future as he prepares to graduate.