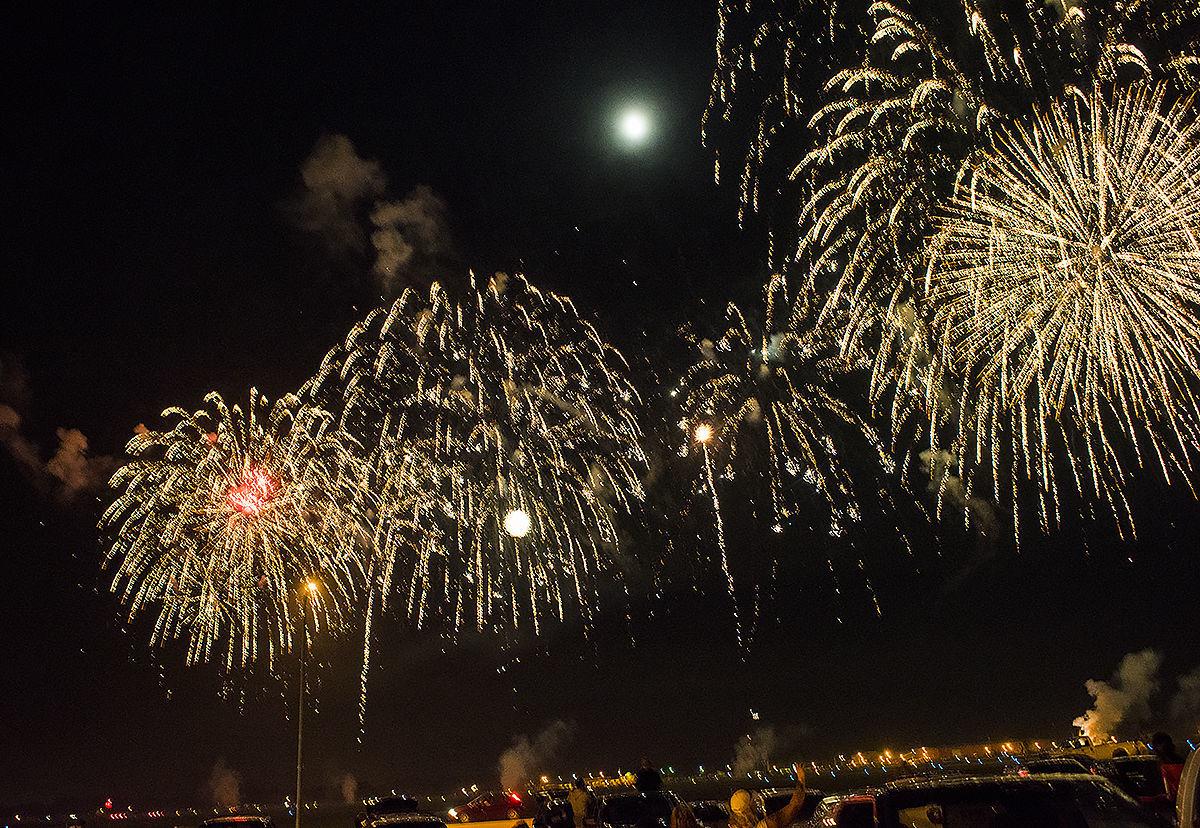 The moon can be seen amid the finale of the fireworks at Christensen Field during a previous fireworks show in Fremont. 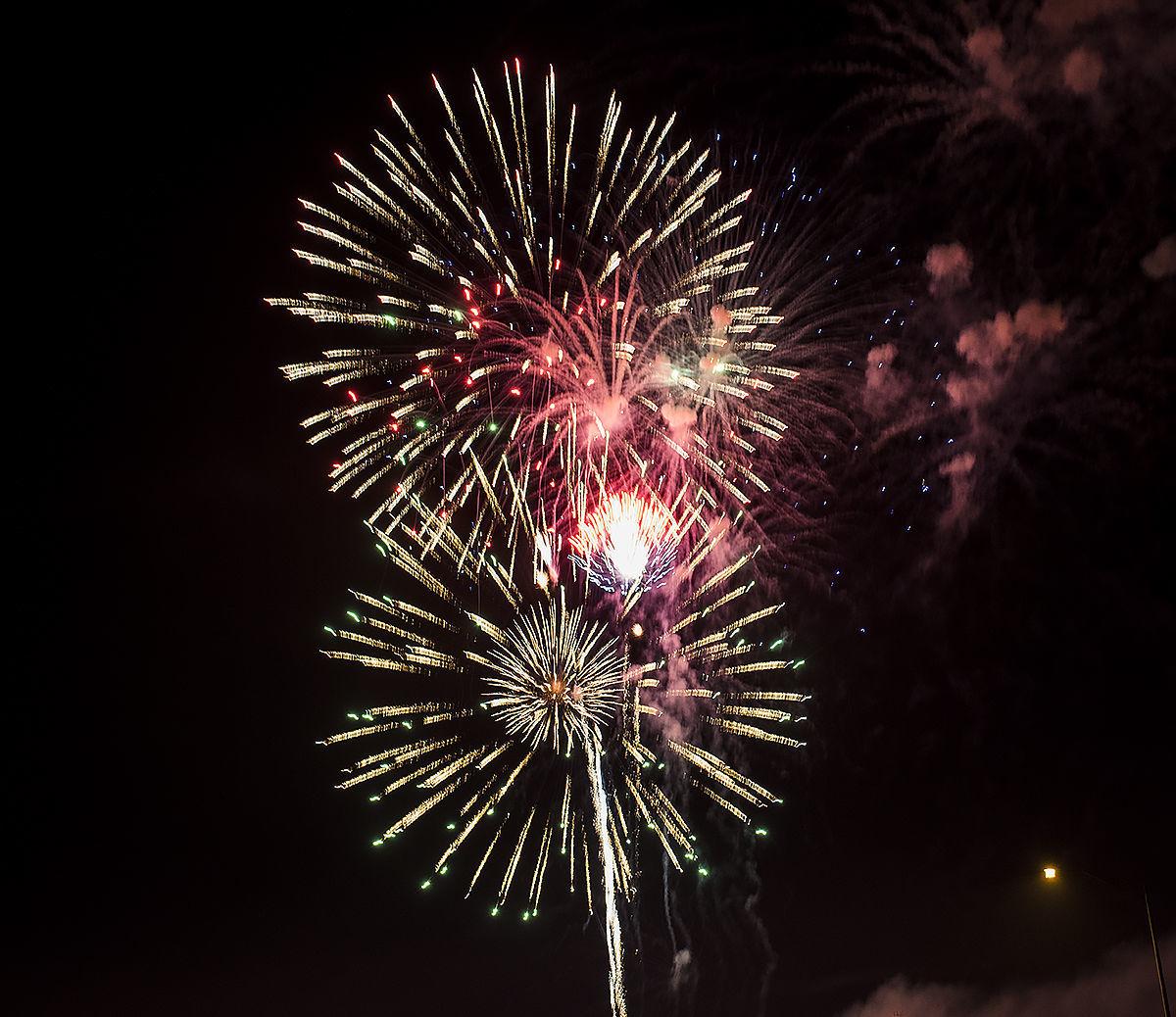 Colorful fireworks lit the skies at Christensen Field in Fremont during a past fireworks show.

After a year that left many people feeling isolated, Independence Day might take on a new meaning in 2021.

And many are ready to celebrate with fireworks.

The annual fireworks show will start at 10 p.m. July 3 at Christensen Field in Fremont.

This marks the 20th year for the show typically watched by an estimated 20,000 people from Fremont and nearby areas.

“People come from Omaha to see our show, because the show we put on can’t be put on anywhere else. The area that we have to shoot it is huge,” said Ron Vlach, chief pyrotechnic coordinator.

In past years, the night skies have been filled with huge bursts of various colors as the fireworks were shot off. The finale often features an even more colorful display.

This year’s show also should include a big finale.

“We’ve put more emphasis into the finale than ever before,” Vlach said of this year’s show.

“The sponsors are the key,” Vlach said. “We get donations from a lot of people in Fremont. If it wasn’t for those generous people, we wouldn’t be allowed to do what we do.”

Vlach, who owns Victory Marine, has coordinated the annual fireworks show for years. He spends the months beforehand raising funds to try and make the show better every year.

For Vlach, the fireworks show has an important meaning.

He believes it honors people who serve or have served in the military.

Vlach, a veteran, served two tours of duty in Vietnam in the U.S. Army.

He encourages people to come early to the show, which always draws positive reviews.

Top Dems: We have framework to pay for $3.5T bill

Top Dems: We have framework to pay for $3.5T bill

After a hiatus due to COVID, churches are planning Vacation Bible School this summer.

Pathfinder Chorus to sing at May Museum

No one was injured, but an estimated $400,000 in damages occurred during a late Wednesday morning fire at Palleton of Fremont.

A Columbus woman is in critical condition in an Omaha hospital following a car and semi-truck accident Tuesday morning near U.S. Highway 30 an…

No one injured in apartment building fire

No one was injured in a Tuesday night fire at the Nye Apartments, 2439 N. Nye Ave., in Fremont.

The North Bend Goldenrod Garden Club took its annual June garden tour to the Omaha area on Wednesday, June 16. The morning began at the home o…

Find out what's happening this week at the Fremont Friendship Center.

The Fremont Area Art Association will have two exhibitions on display in July and is now accepting entrees for a pandemic-themed art show.

All Seasons Bait and Tackle provides resources for local anglers

An allergy altered the trajectory of Bob Misfeldt’s career plans.

Learn more about where to view all of the area fireworks displays, as well as communities planning July 4th events.

The moon can be seen amid the finale of the fireworks at Christensen Field during a previous fireworks show in Fremont.

Colorful fireworks lit the skies at Christensen Field in Fremont during a past fireworks show.