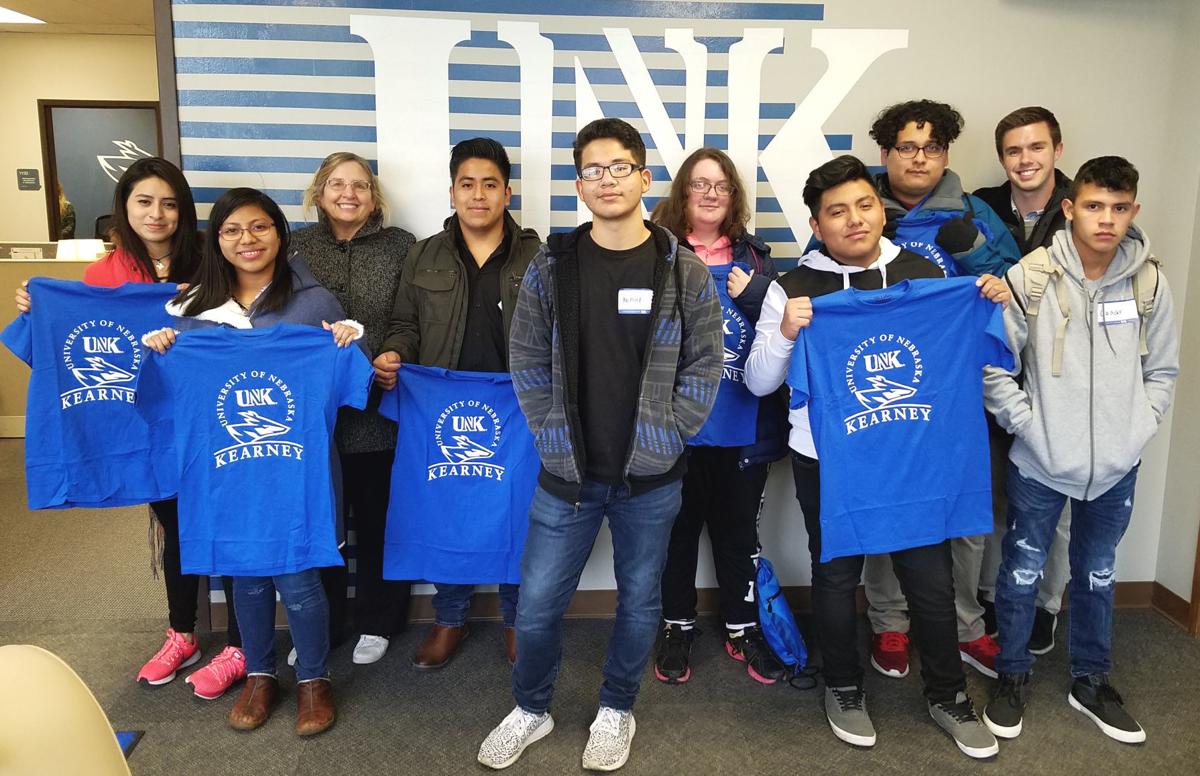 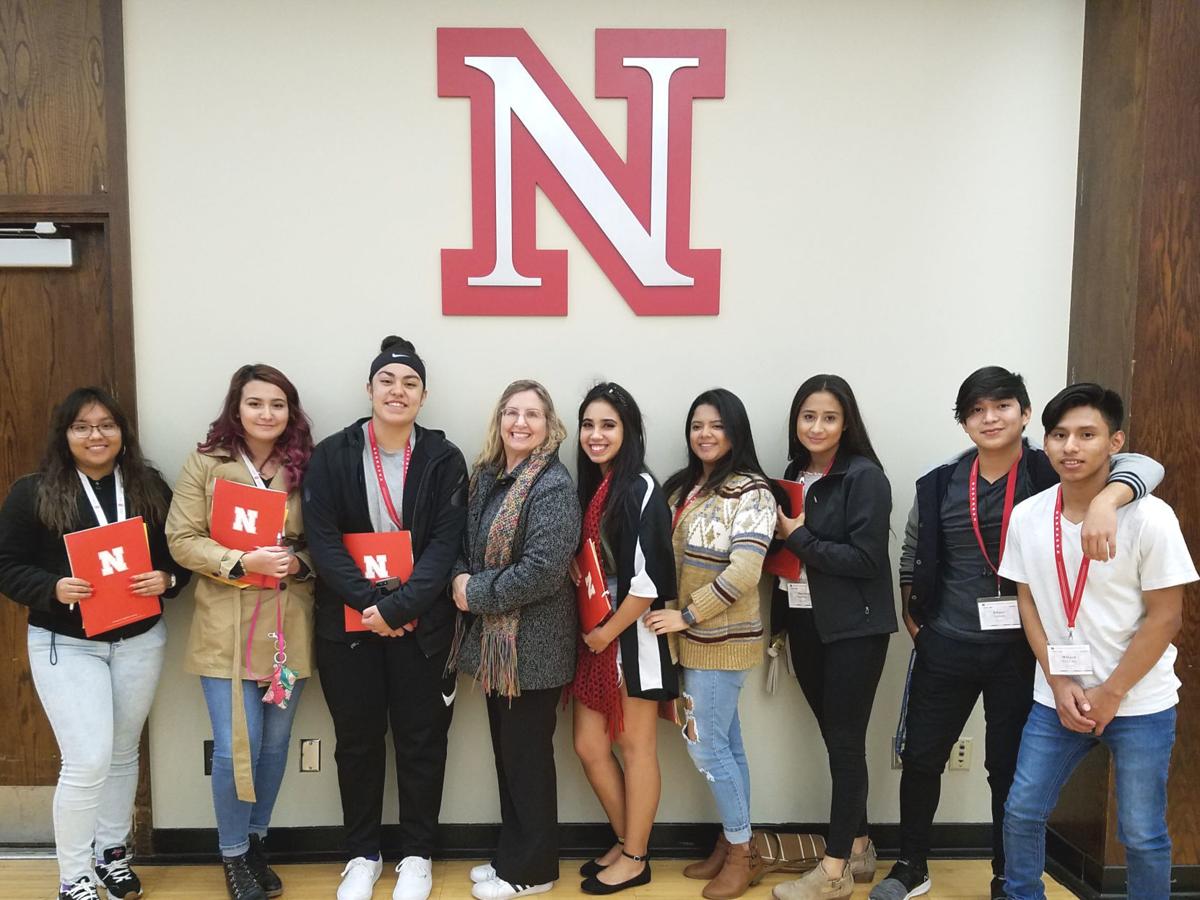 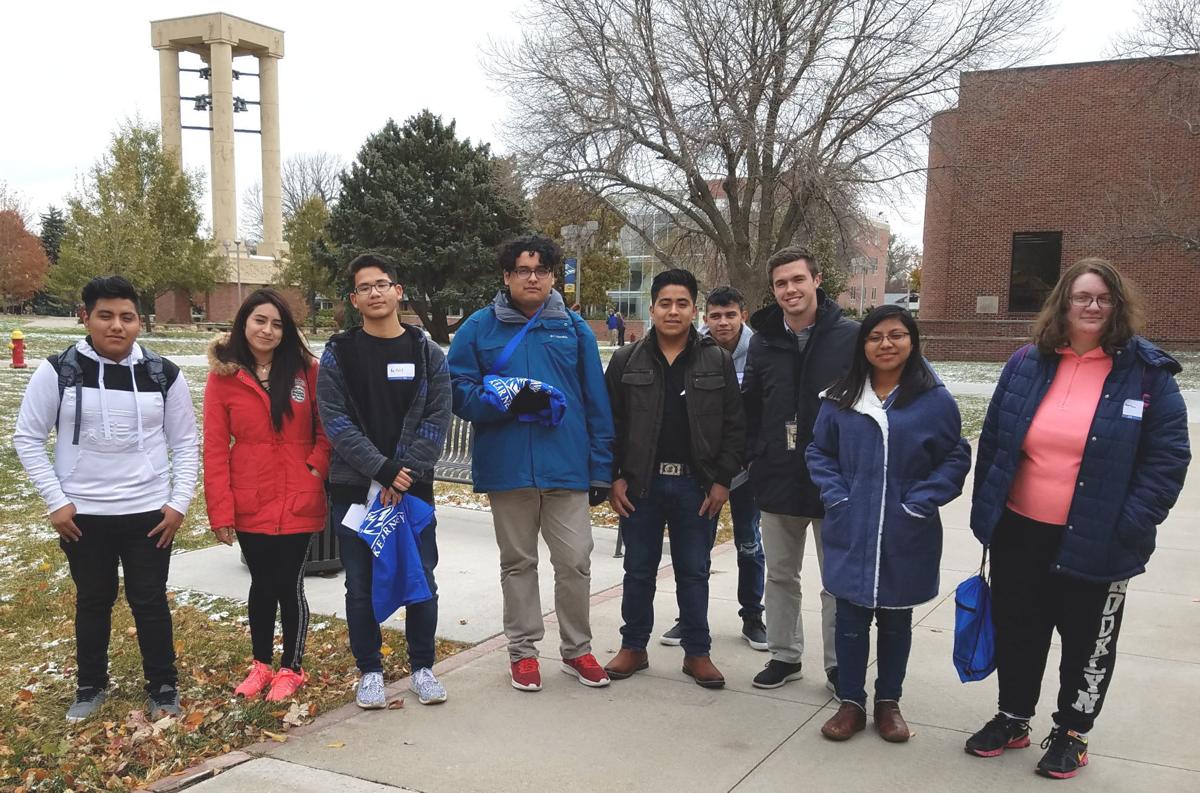 “These students are so willing to change their circumstances and do better and rise,” she said. “And they learn that they can get an education and do so much better, and then they can be helping their parents. So it’s very positive, these trips that we take.”

While the UNL trip took seniors who were members of the school’s Spanish Club, members of all grades as well as English Language Learners attended the UNK event.

“The one to Kearney, we also included a lot of ELL kids to show them, ‘You can do this. You can be successful,’” Sulu said. “And they were just so impressed with that. It was very nice.”

The two events provided the students with informational sessions about the college experience and different opportunities for support, including scholarships like the Susan Thompson Buffett Scholarship.

Sulu, who is currently in her third year at Fremont High, started the Spanish Club and began taking Fremont High students to symposiums last year. Previously, she taught Spanish near Scottsbluff and Kimball, and would take students to these events as well.

The members of the Spanish Club have different community events, including the “La Fiesta Latina,” a dance that will be held in the Fremont High Gym on Friday.

As well as community events, the members also assist the ELL students in their conversation skills.

“So anyone who is just learning the English language can come in after school, and then I have kids that are working with them on conversations or different topics to talk about in English,” she said. “So that’s their community service to give back, is to help kids who need a lot of extra time when they’re conversing with someone who speaks English.”

At the symposiums, students were able to learn about a RaiseMe, a “mini-scholarship” offered by UNL and Creighton University. The scholarship, which is available for students on free or reduced lunch, provides $50 for every A received in high school.

“This is all money that will add up from the time you’re a freshman in high school until you’re a senior in high school,” Sulu said. “And then a school like UNL will contact you and say, ‘You know what? You’ve saved up this much, and this will go toward your tuition.’”

With going to these events, Sulu said the students were able to learn first-hand from college students that they have the support they need.

“Sometimes, these kids feel like they have to make all the choices themselves and they’re kind of alone,” she said. “Now they know there’s other people that want them to succeed, and that’s the important thing.”

One of the speakers at the Latinex Symposium asked the students how many of them had teachers who were the same color as them.

“She told them, ‘You need to have mentors, you need to have people that look like you that are telling you good things, and you know what?’” Sulu said. “’If you can’t find them, you know it’s very important you have to be the one that becomes the mentor for other people.’”

The students also learned the importance of grades and taking part in extracurricular activities like the Spanish Club, Sulu said.

“They want to work toward going to college and bettering themselves and being successful,” she said. “It’s not a change of attitude, it’’s just more optimism for them so they know they have the power to be successful.”

Sulu said she wants more people in the community to know that Fremont High has optimistic students who are striving for a greater future.

“Some of them are ELL, are immigrants, and yet they have high desires. And some have been here all their lives and their parents’ lives in this area, and they have high ideals,” she said. “We all need a little support, and they are getting that at Fremont High.”

With most of the events that Midland University Dance Team attends, there’s an element of competitiveness, head dance coach Katie Speicher said.