At first, Bailey Garretson just thought she was hearing fireworks.

Then Garretson and her mom, Darla, saw smoke.

And the smoke got darker.

As they neared the intersection, Bailey said they could see a semi-trailer truck on fire in the middle of the roadway. First-responders hadn’t yet arrived when Darla stopped her SUV and Bailey jumped out to see if she could help.

On Monday, the Nebraska State Patrol was continuing to investigate a crash that involved a semi hauling fireworks and an SUV, south of Uehling.

The accident, which occurred at about 11 a.m. Saturday, left three people injured. When troopers arrived at the scene, the semi was fully engulfed in flames with fireworks exploding inside the trailer.

Witnesses had been able to get people involved in the crash out of their vehicles, the NSP said.

Trevor and Carolyn Janke of Elkhorn, who were in the SUV, a Toyota Highlander, were transported by rescue vehicles to Methodist Fremont Health. Trevor Janke, 31, was flown to Nebraska Medical Center in Omaha for additional treatment, the NSP reported.

The semi driver, Steven Allen, 57, of El Paso, Texas, was treated at the scene.

After the crash, Darwin Philips and James Schwartztrauber, both of Lincoln, ran to the wreckage.

Via Facebook, Philips said the semi driver jumped out of the flaming cab and started screaming that he had explosives in the trailer, which turned out to be fireworks. Philips said fuel was everywhere under the SUV and he and Schwartztrauber pulled Trevor—whom he described as unresponsive—from the vehicle. They took him across the roadway.

Philips told the Fremont Tribune that he and Schwartztrauber declined to be interviewed. They’ve spoken with family members and an accident victim.

“They all have expressed their gratitude and it was more than they needed to do,” Philips said. “We wish the couple a speedy and full recovery.”

Bailey and Scribner resident Darla Garretson had been eastbound on County Road F when the accident happened.

Another semi-trailer truck, also eastbound, was in front of them, Bailey said.

Bailey said the Jankes had been pulled out of the SUV and were on the northwest corner of the intersection, when she reached the scene.

“About the time I asked Carolyn if she was OK, the fireworks started going off in the trailer,” Garretson said.

She decided to get them further away from the scene.

“I had mom pull her vehicle up closer, around that truck and trailer that was parked (on County Road F), and helped Carolyn and Trevor to the other end of the car so they were away from the fireworks,” Bailey said. “We helped them to sit down and Carolyn drank a little bit of water.”

They encouraged Carolyn to keep talking to Trevor and keep him responding to her. Bailey said Trevor had cuts on his face. He had a cut on the back of his head.

By that point, the fireworks were loud.

“Once we were sure they (the Jankes) were settled down and OK, (Carolyn) got a phone call from her mom and I answered it for her. I gave the phone back to her so her mom could hear her voice,” Garretson said.

Law enforcement, including the Dodge County Sheriff’s Department, and rescue squad personnel began arriving at the scene and the Jankes were taken to Fremont.

No other accident details were available from the State Patrol due to the continuing investigation.

Bailey—who turned 21 years old on Monday—said she and Carolyn have talked almost daily since the accident.

“She’s been thanking me and his family, his sister, especially, has been thanking me and everybody else,” Bailey Garretson said. “I tell them, ‘You’re welcome,’ but my No. 1 thought is—if I were ever in a situation like that, I would hope somebody would stop and do the same thing for me. I can’t imagine how scary it would be to be in a situation like that without help.”

Salvation Army Captain to leave at end of month

Four juveniles have been identified in a robbery at Chasing Clouds Vape Collective in Fremont early Sunday morning.

Despite the COVID-19 pandemic, Fremont High School will have summer school classes starting in July.

One dies in Sunday accident

A 20-year-old Omaha resident died in an accident on Sunday, about two miles north of Fremont.

The City of Fremont and C-R Menn Concrete will start construction on Jackson Street, from H Street to Broad Street, on Wednesday, June 24.

Aksarben Ball postponed due to COVID-19

Candidate files for village board

Lynn Mandel of Dodge has submitted a candidate filing form with the Dodge County Clerk’s Office.

The SkillsUSA chapter at Cedar Bluffs Public Schools announced Thursday that it had received $1,000 worth of educational materials through a g…

These gorgeous blue sunsets are very unique to Mars

These gorgeous blue sunsets are very unique to Mars 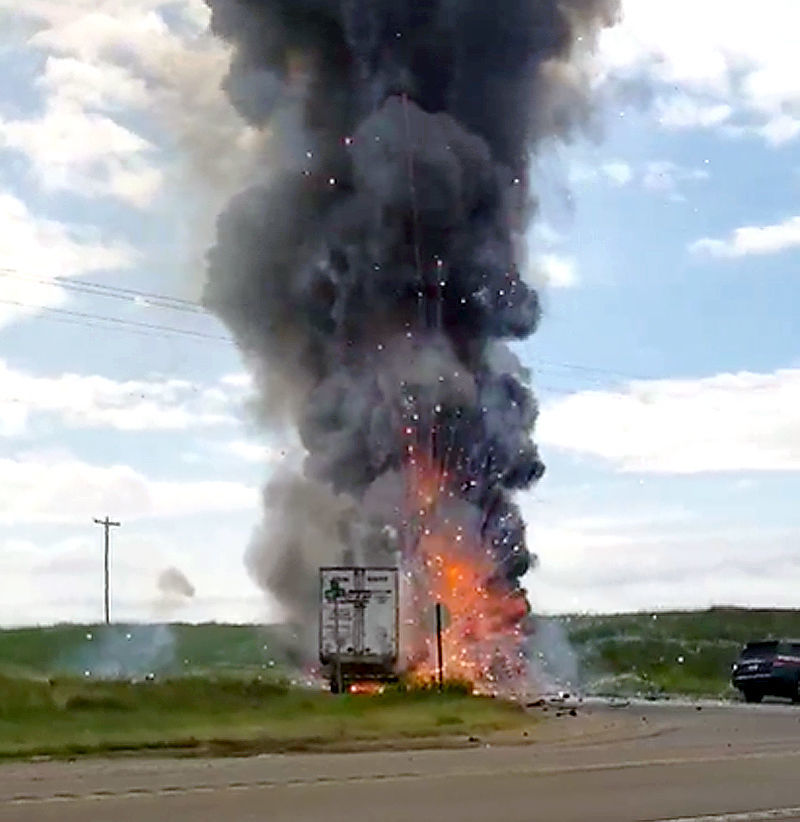 A screen shot of a video shows fireworks shoot off after a crash involving a semi-trailer truck and an SUV on Saturday morning at County Road F and U.S. Highway 77, south of Uehling. 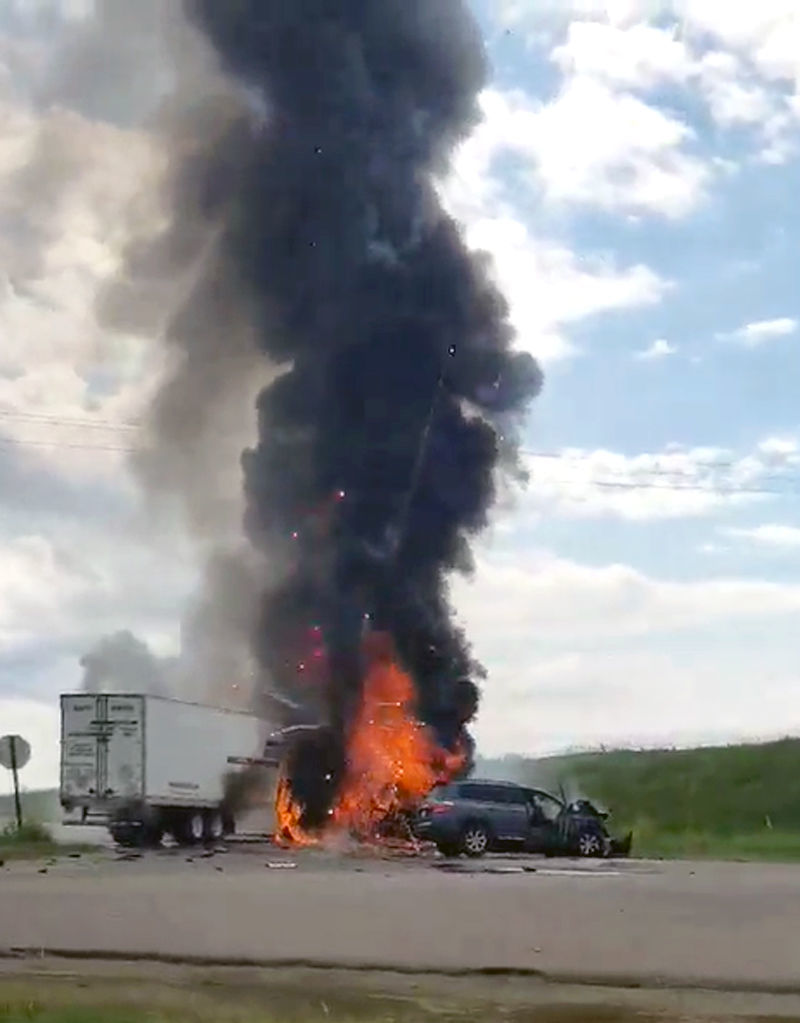 A screen shot of a video shows fireworks ignite after a crash involving a semi-trailer truck and an SUV on Saturday morning at County Road F and U.S. Highway 77, south of Uehling. 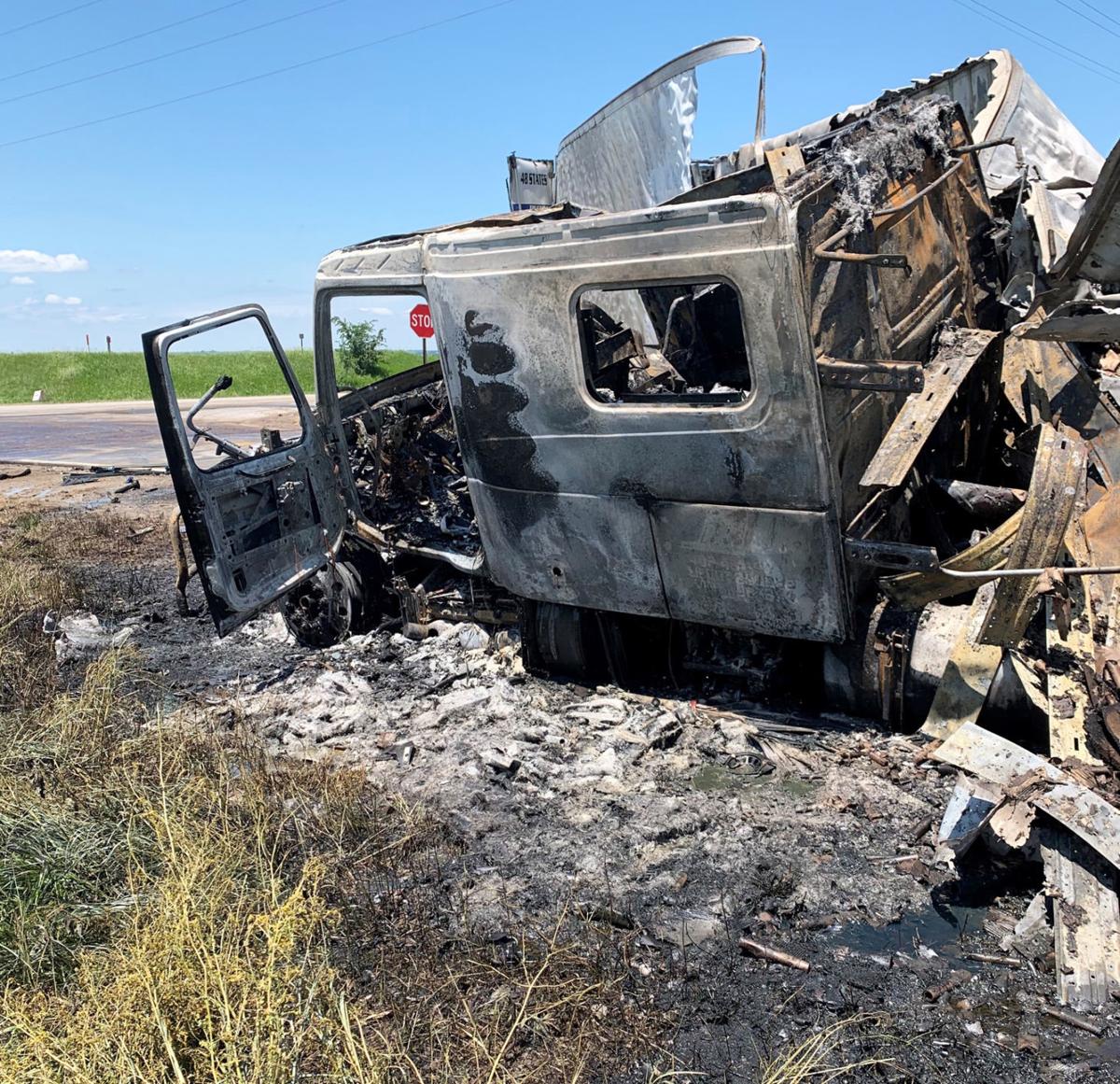 The cab of a semi trailer-truck is shown after a fire that erupted during a crash involving a semi and an SUV on Saturday morning at U.S. Highway 77 and County Road F, south of Uehling. 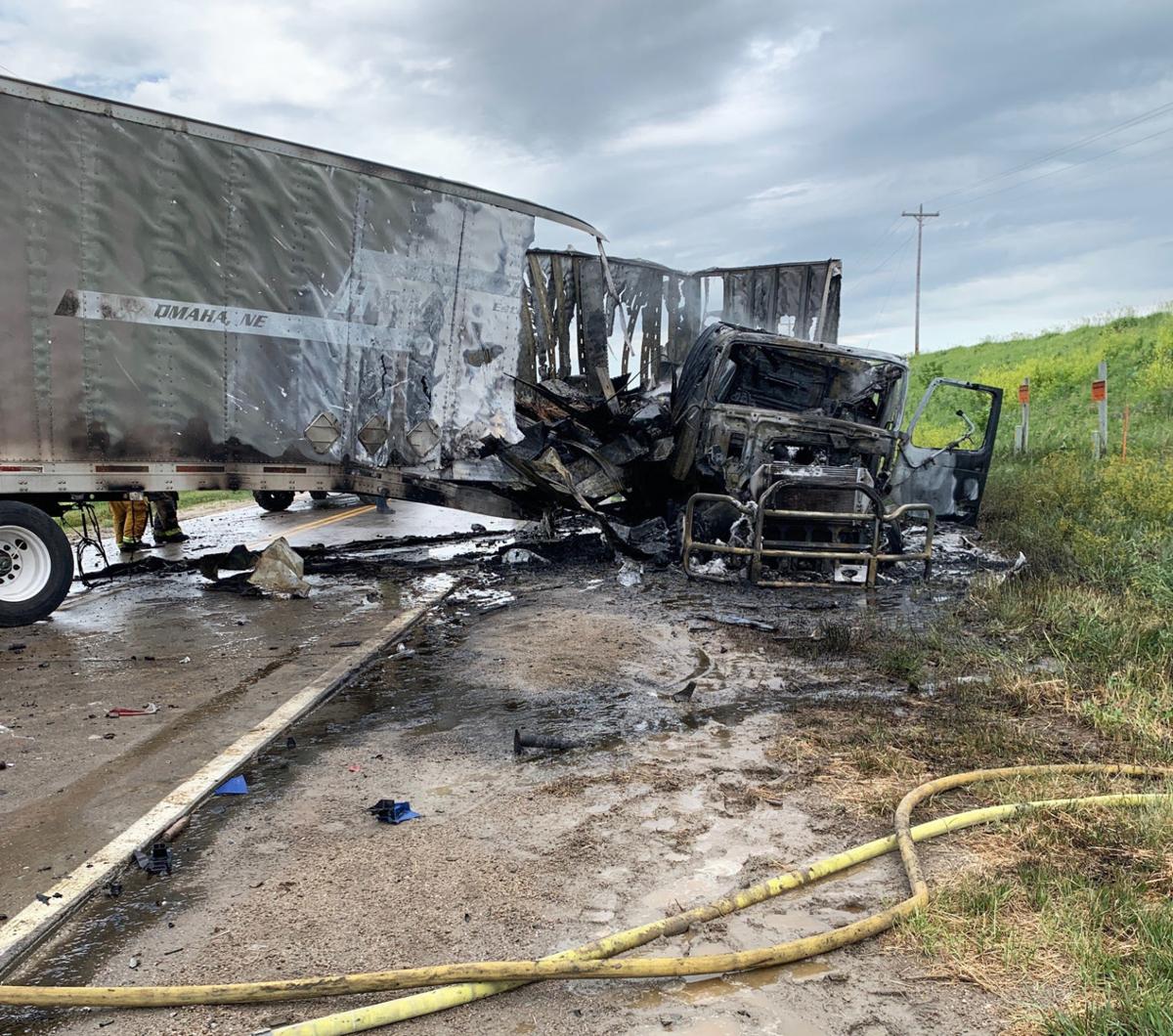 The cab and trailer of a semi truck is shown after a collision involving the truck and an SUV on Saturday morning on U.S. Highway 77 and County Road F, south of Uehling.