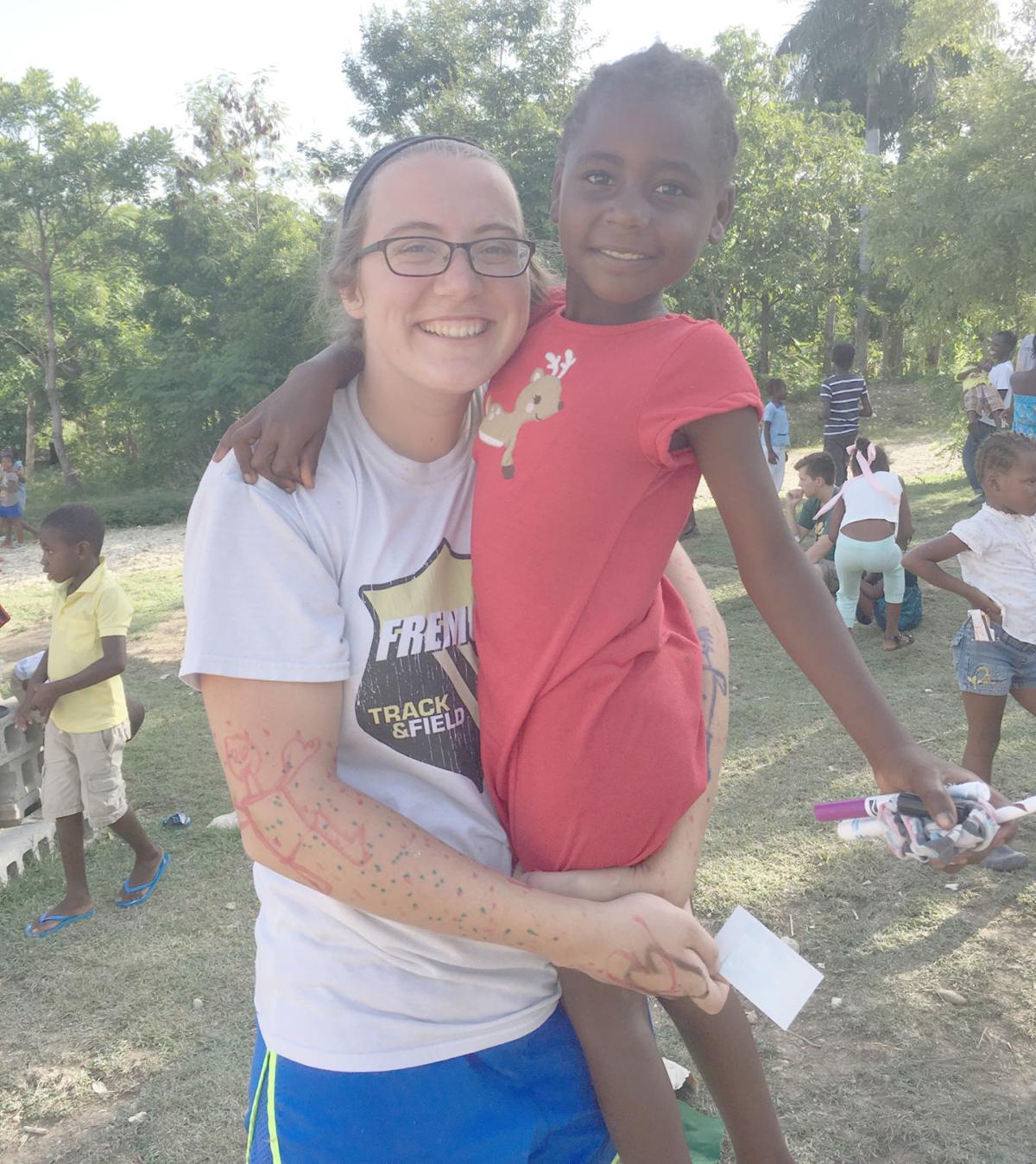 Former Fremonter Kelsi Anderson, who launched Backpack Haiti, holds Wagina, a little girl she met during a mission trip to that country in 2017. 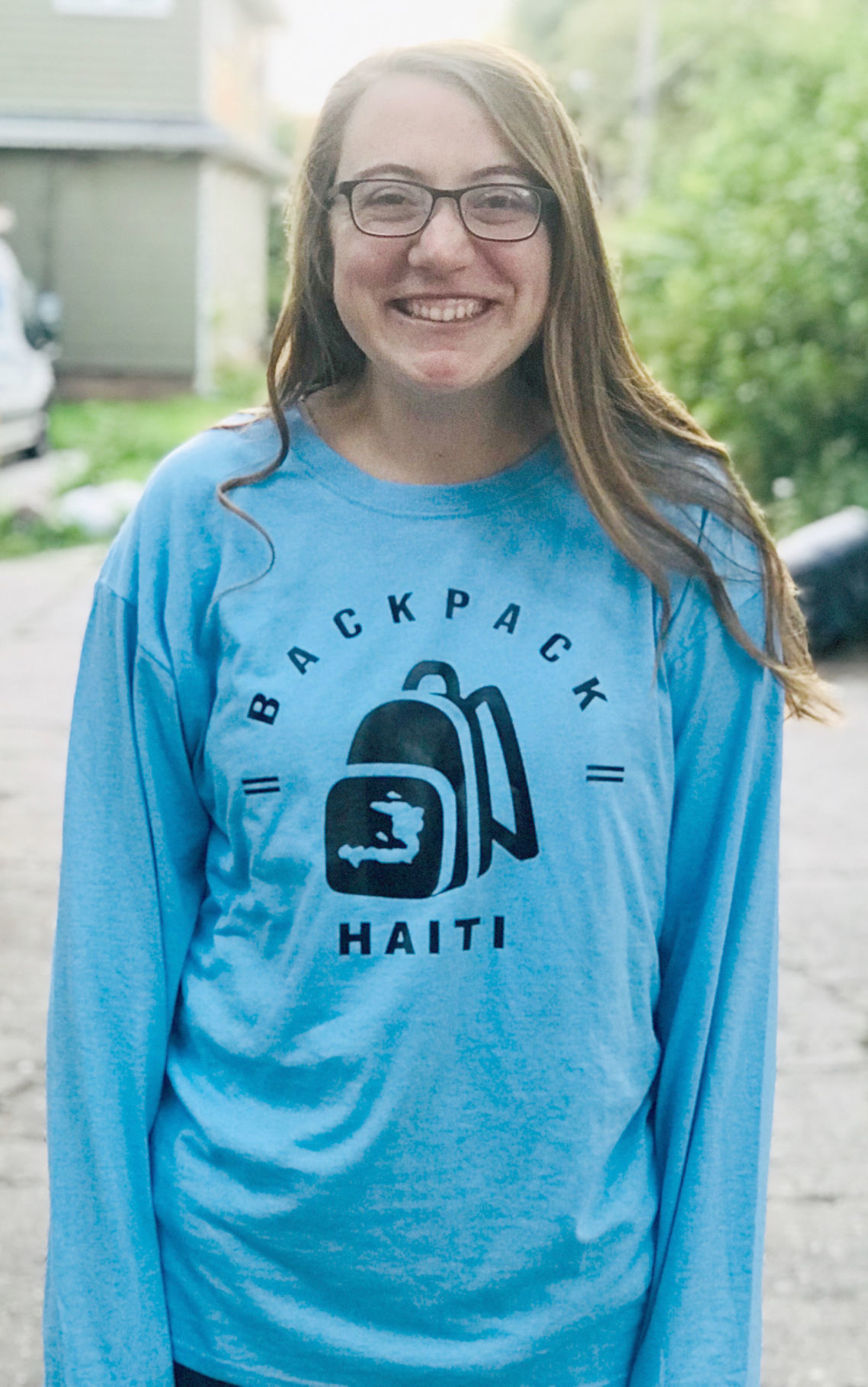 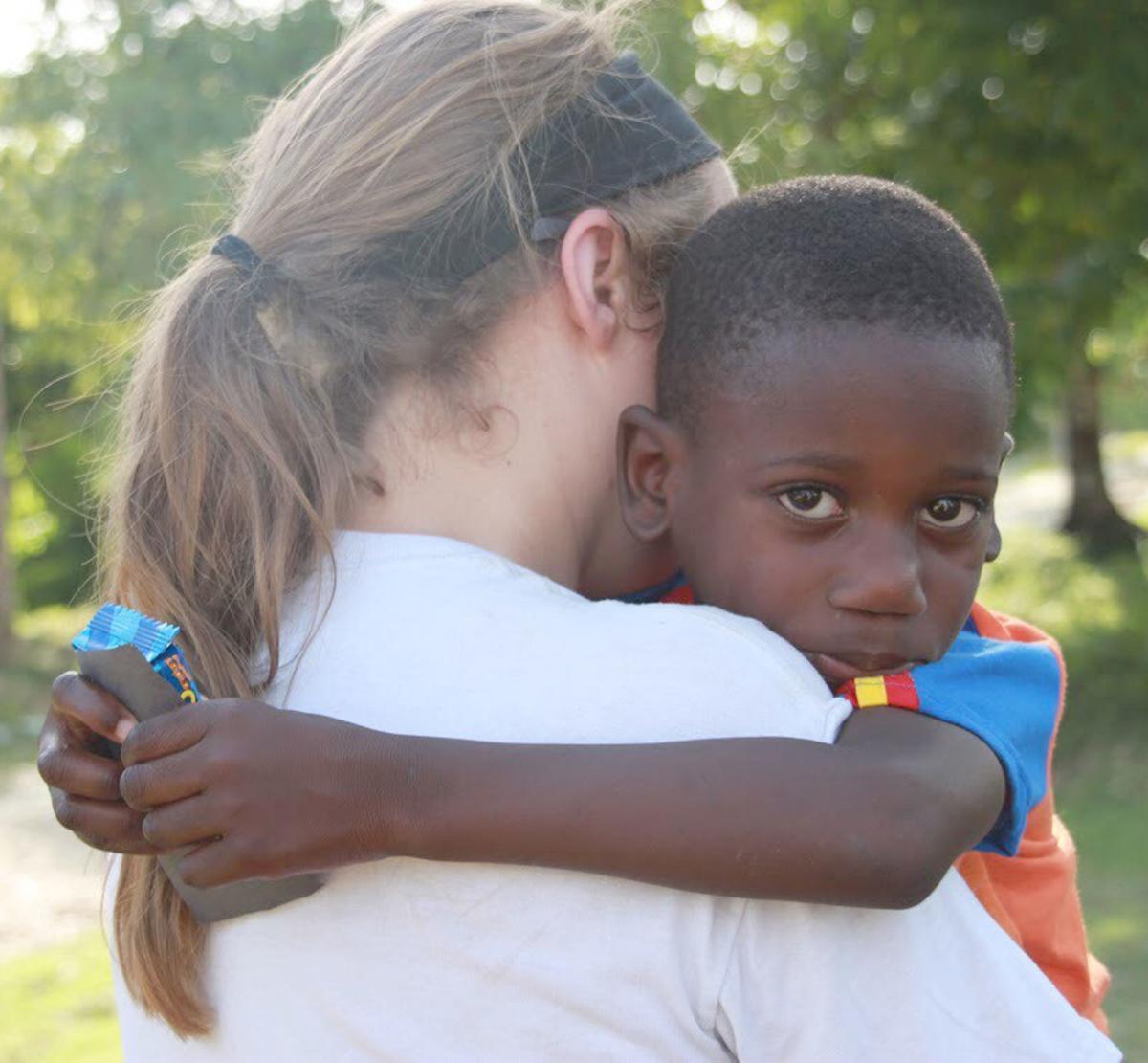 Kelsi Anderson, formerly of Fremont, holds a child during a 2017 mission trip to Haiti.

Former Fremonter Kelsi Anderson, who launched Backpack Haiti, holds Wagina, a little girl she met during a mission trip to that country in 2017.

Kelsi Anderson, formerly of Fremont, holds a child during a 2017 mission trip to Haiti.

Kelsi Anderson talks about the nudges.

And the gentle promptings of God that have led her to help provide supplemental meal packets to families in Haiti.

It began in July 2017. The former Fremonter was on a mission trip to the Caribbean country when she entered a village and saw the children. Anderson had been told group members would see extreme malnourishment.

“We saw people who were very, very tiny,” she said. “The thing that got me was the kids had a red tint in their hair, which meant they had been at least three to four days without food.”

The heartbreaking sight would propel Anderson to launch a program that now provides help to more than 30 Haitians. And she wants to help more.

Now 23, Anderson was just 14 years old when she and friend Jennifer Harms decided to honor schoolteacher Jill Richardson who was on hospice. Anderson had a bake sale that netted $853, which was used to purchase a memorial bench placed in front of Fremont Nazarene Church.

“If God wasn’t behind us on this, I don’t think we would have raised $800,” she said in 2010. “It felt like he was there, helping me with it and letting me and everyone else have success at the bake sale. It was a blessing, being part of it.”

While at Wayne State College, Anderson ran a chapter of a nonprofit called Love Your Mellon, which raises awareness and funds for pediatric cancer.

“As I was running that, nonprofit (work) became a really big passion of mine,” she said.

Also during college, Anderson led a small, off-campus group that was studying missions.

“I just kind of got this nudge from God, saying ‘Go on missions,’” she said.

Anderson asked God where he wanted her to go. Within a day, she had her answer.

She was supposed to go to Haiti.

After 1 ½ years, she’d go with the Christ in Youth organization to Haiti, where she and other group members conducted a Vacation Bible School lesson on the Good Samaritan, a story Christ told to stress the importance of loving and caring for others.

When seeing the malnourished children, Anderson and other team members knew they had to give them some food.

They were making and distributing peanut butter and jelly sandwiches, when Anderson realized there were 10 children who still needed food — and she only had two pieces of bread left.

She prayed, asking God to provide.

“The next thing I knew, somebody said, ‘We have more bread,’” she recalled.

There were now four pieces of bread so every child got a little something to eat.

At that moment, Anderson sensed God saying he wanted her to do more.

She and a teammate began sharing ideas. Anderson, an elementary education major, thought about the backpack feeding program at schools and wondered if a sponsorship program that provided meals weekly or bi-weekly could be developed.

Anderson and teammate Conner McKenzie of Indianapolis, Indiana, worked on the planning.

She pitched the idea to Wendy Zehner, director of the Georgia-based nonprofit group Luke 101, which had led the trip.

Anderson graduated from Wayne State in December 2017 and would teach preschool for a year.

The day before school started, Anderson learned in August 2018 that the program was approved.

“There was complete excitement, complete joy, but at the same time there was complete panic, because I was starting my first year of teaching — and getting ready to create a website (for the program) and marketing. I had to figure out all the details,” she said.

It took a while to work out those details.

In June 2019, Anderson learned a plan she’d intended to take to Haiti was canceled due to violence there.

Anderson was devastated, but the same week she was supposed to be in Haiti was when she solidified the nonprofit from which she’d order the food — Meds & Food for Kids.

She bought the first boxes of food and when a medical clinic opted not to distribute them, she and Zehner worked to find someone else.

A pastor and parishioner of the Homeland Church outside of Trianon, Haiti run the program.

And on July 20 — two years from when the idea came about — Backpack Haiti had its first meal distribution.

Five families – consisting of 34 people — get food bi-weekly. Each family member gets a supplemental meal pack a day for two weeks.

Each month, 1,080 meals are distributed.

As the food is distributed, each family is weighed. The distributor collects that and other information and sends it to Anderson.

She analyzes the data and tracks whether the people are losing or gaining weight. Thus far, the adults have been maintaining and several children are gaining weight.

Many families only have one meal a day. The packs provide a second meal for the five families.

The first six months is a trial period and then she hopes to add more families.

“We just did a T-shirt campaign,” she said.

Between Backpack Haiti and her job, Anderson keeps busy.

Anderson is employed as the customer service specialist at the National Safety Council of Nebraska in Omaha.

“I run all their registration and data base systems and help with event planning also,” she said. “I’ve always been one who likes to be ambitious and do a lot at one time.”

Those who want to donate toward the Haiti food project may do so at www.backpackhaiti.com.

“They can be a one-time donor or sign up to be a monthly sponsor,” she said. “All the money goes directly to buy food.”

Anderson wants to return to Haiti to see how the program is running.

And she hopes to see a little girl, named Wagina, who she met during that mission trip. Wagina probably is about 10 years old and Anderson wonders if the child will remember her.

In the meantime, she’s pleased with how the program has progressed.

“The best part is — as much as I find so much joy in providing for them — knowing that God is providing so much more,” she said. “For me that is one of the most powerful things — seeing how God’s worked in this and knowing that God’s provided every single piece of it. It’s cool for me that I get to be the one who carries it out.”

In 1932, Bill Wehrmann was placed for adoption at The Lutheran Children’s Home and Orphanage in Fremont.