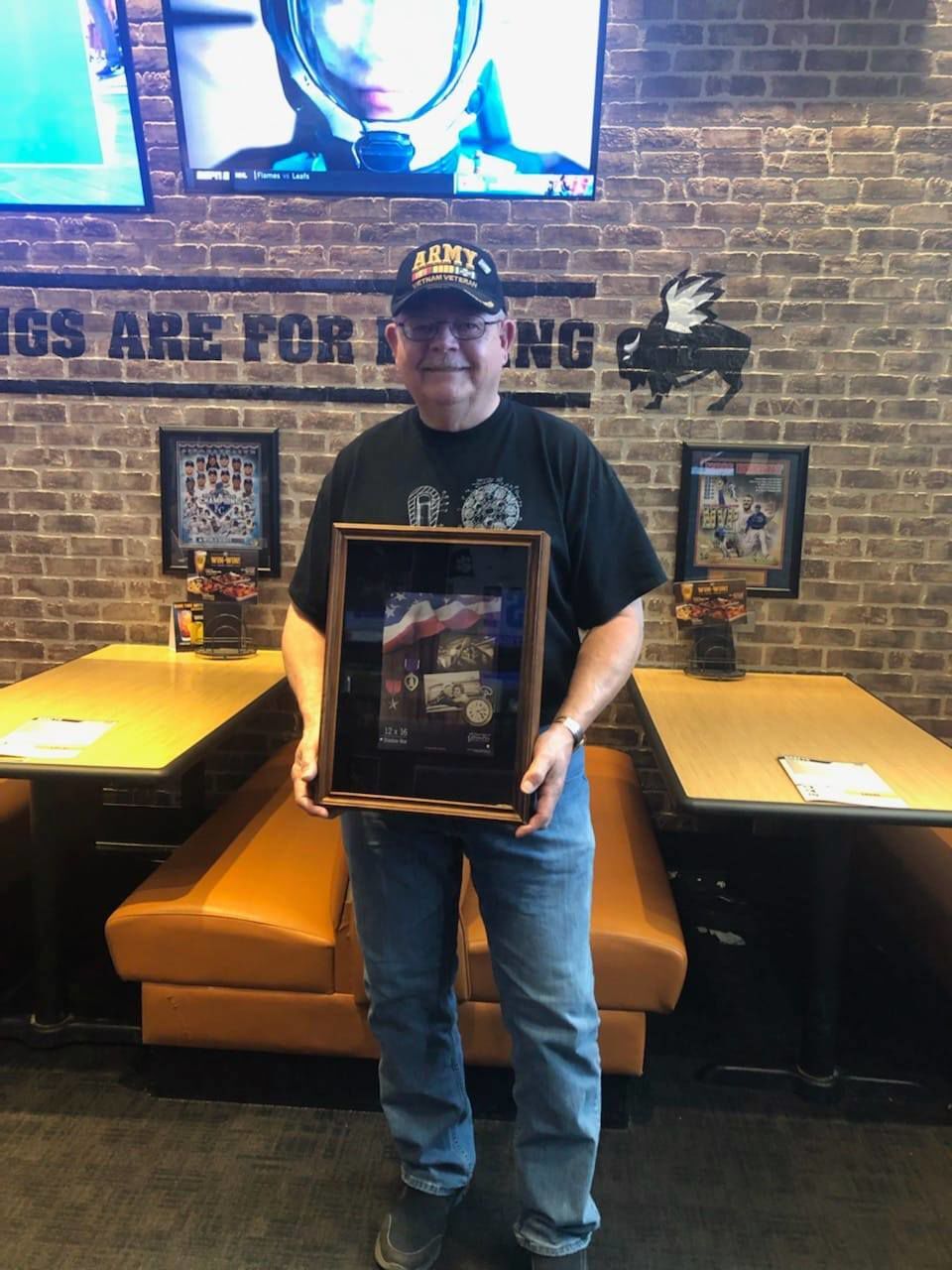 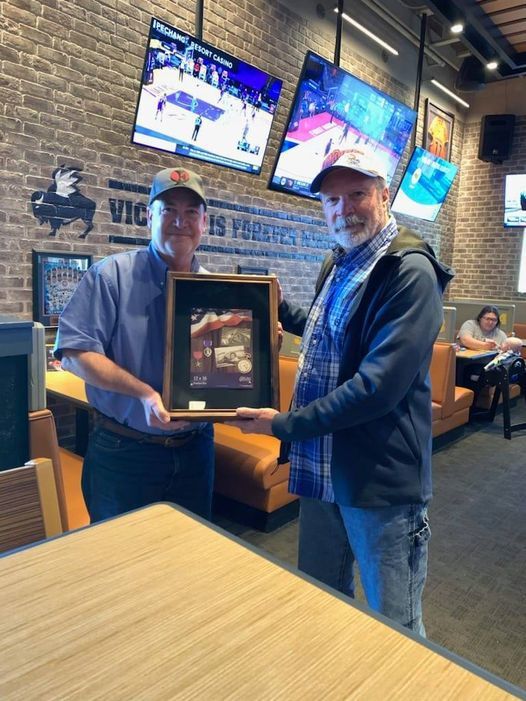 Navy Veteran right James Eckerman, right, was one of two veterans to be presented with a shadow box during a March 19 event.

Veterans Coalition member Matt Hopfi said turnout for the Friday event was surprisingly strong and added that several local businesses have already reached out to sponsor similar events for the group in the future.

“We had flyers that were made that we gave out to those that attended that highlighted many of the services we provide to veterans,” Hopfi, a Marine veteran, said in an email. “These services include caregiver assistance for elderly veterans, family support events at the Fremont Family YMCA and education assistance for veterans and their spouses.”

The shadow boxes were funded through a grant from the American Legion and Cobalt Credit Union, Hopfi said.

Hopfi said he was worried about the turnout initially, but was told by servers at the restaurant that the uptick in business was rare due to the ongoing pandemic.

“I was glad so many individuals came out to support us and see veterans receive their shadow boxes,” he said.

Hopfi said the importance of a shadow box can’t be understated for a veteran. The boxes house military awards and medals that can be passed down to family for generations, he said.

“These veteran’s memories will be remembered,” Hopfi said.

During the last year, Hopfi said the coalition has donated more than 200 shadow boxes to veterans across the area, many of whom have been elderly.

While the COVID-19 pandemic has made work more difficult, Hopfi said the coalition has refused to slow down.

“We are busy getting these shadow boxes out to our veterans and assisting veterans and their families with veterans benefits,” he said.

Fremont High School is ramping up graduation plans as the school begins the final quarter of the school year.

For Eduardo Hernandez, the last three years at Fremont High School have been influenced heavily by art.

The Three Rivers Public Health Department’s risk dial increased this week due to an increase in community spread, according to a Wednesday pre…

A health directive mandating mask usage in Fremont will not be renewed before its March 31 expiration.

Navy Veteran right James Eckerman, right, was one of two veterans to be presented with a shadow box during a March 19 event.