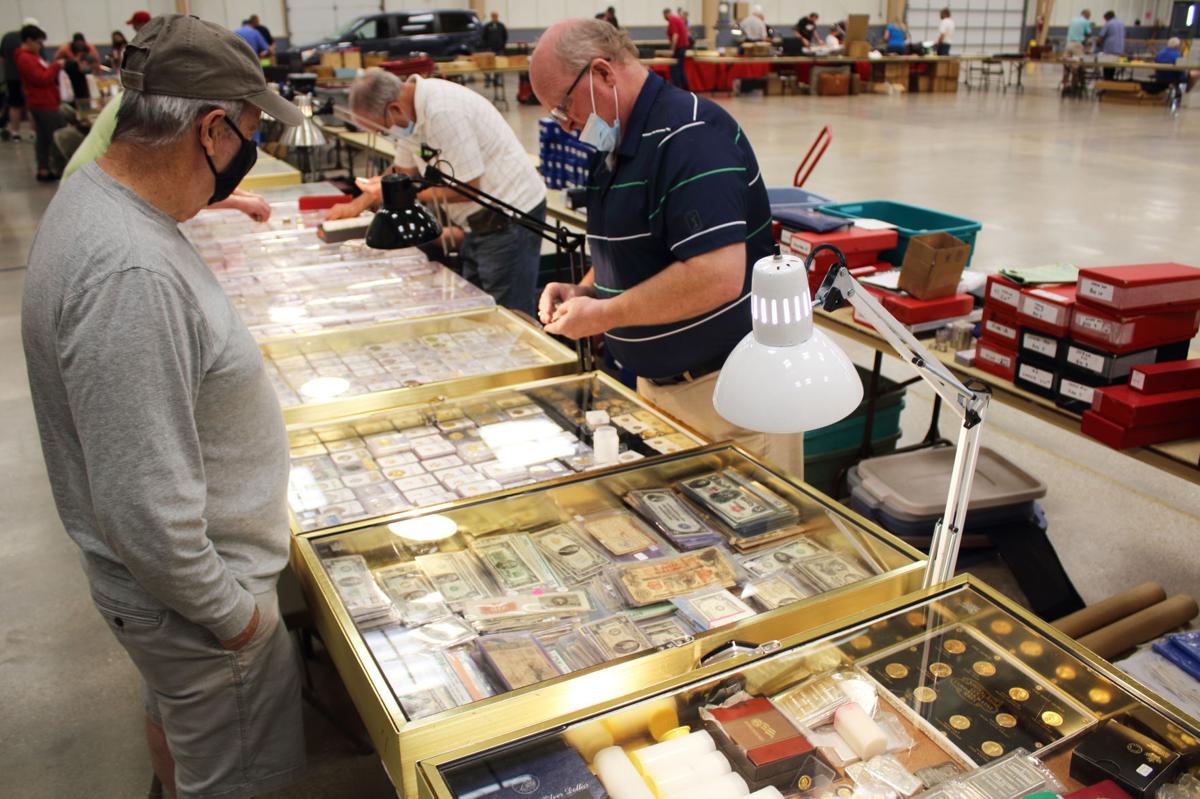 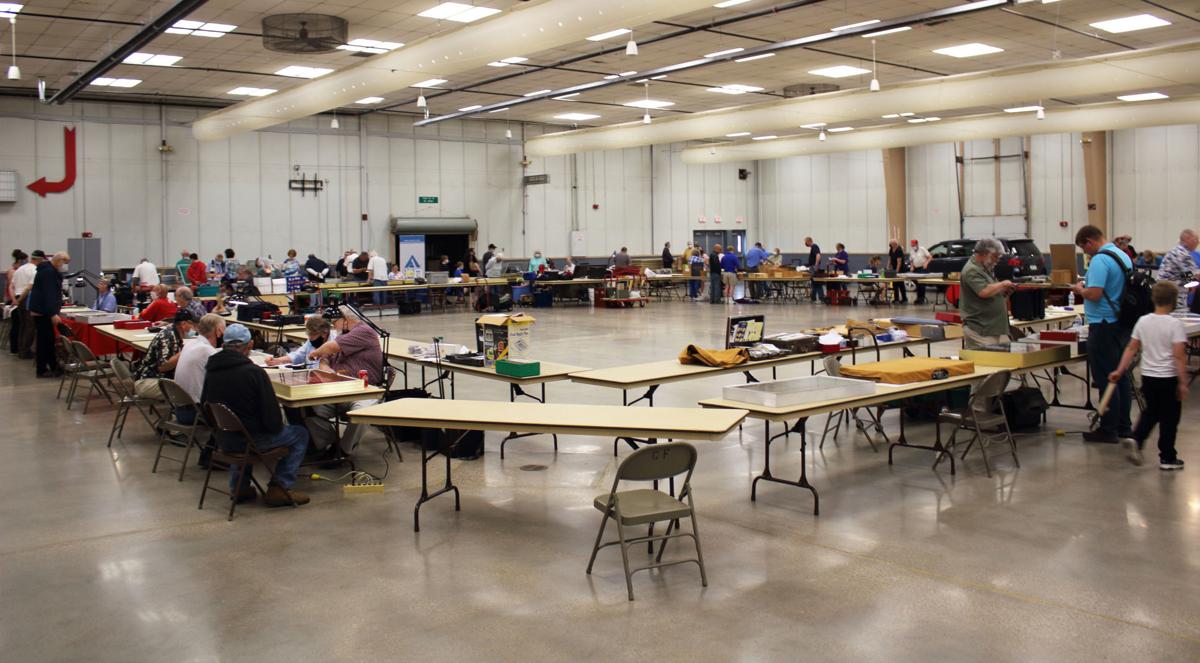 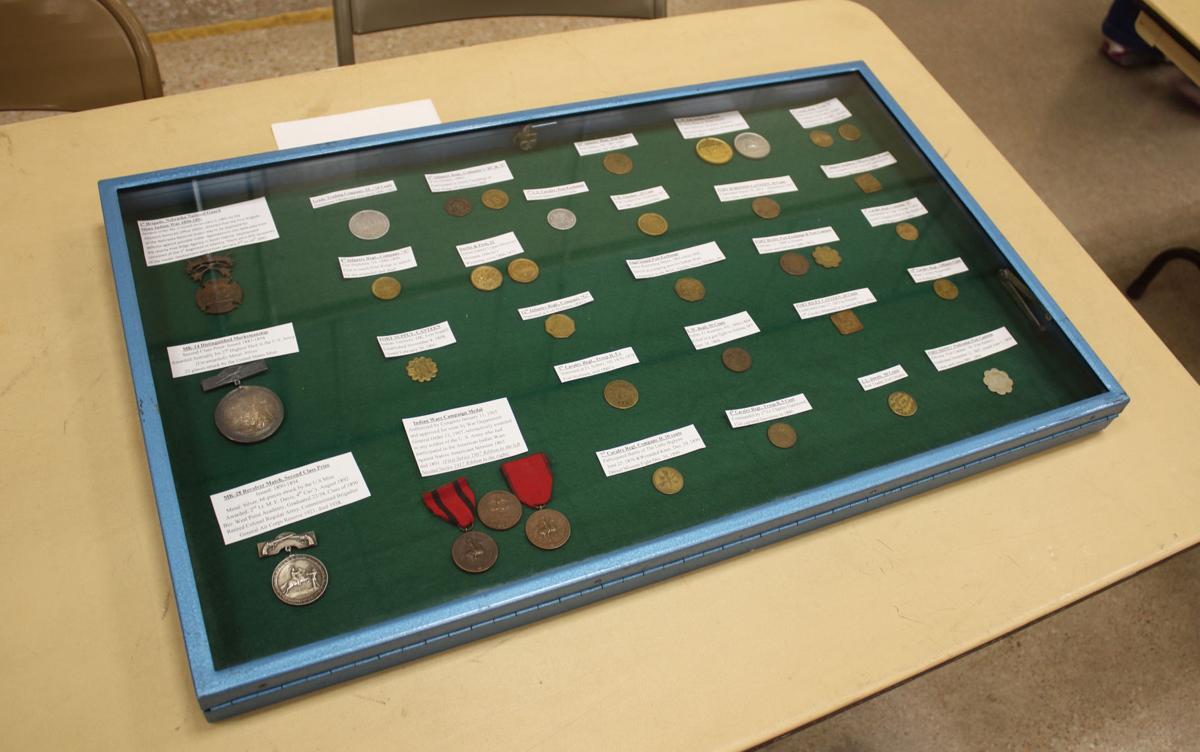 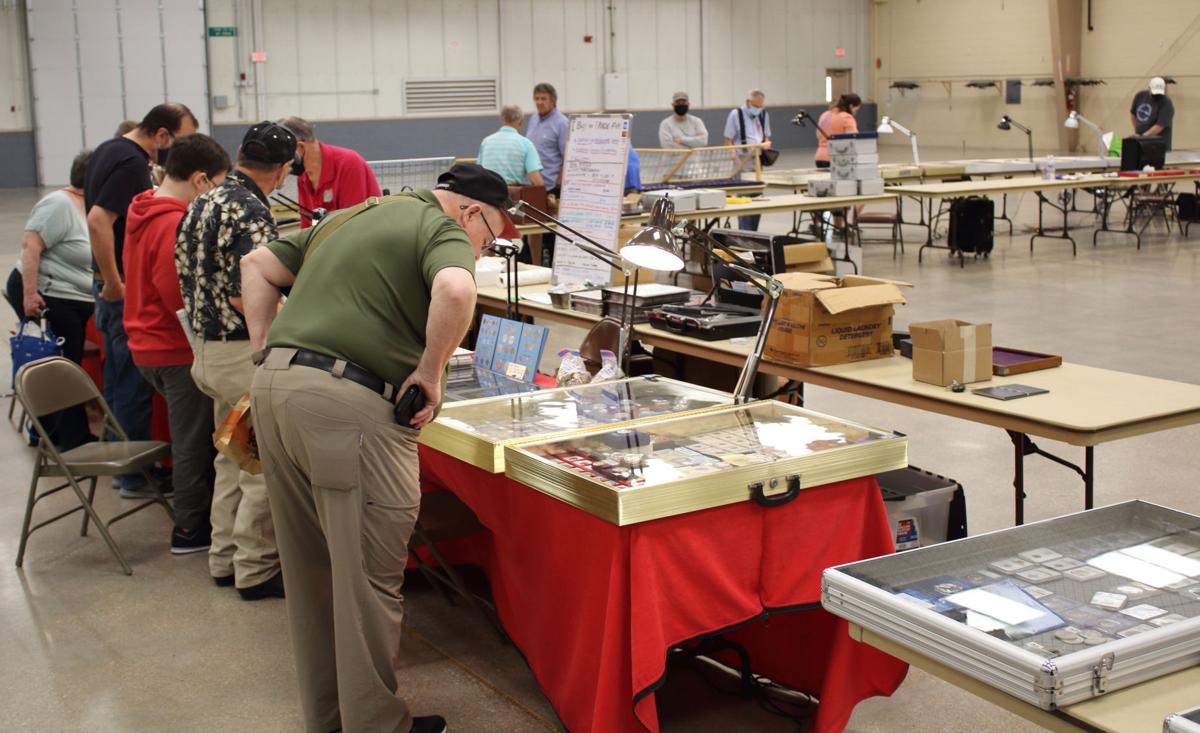 “We have people come from out of state,” member Brian Villwok said. “So it’s been a busy morning, and there’s a lot of trading and buying and selling going on, and some great displays.”

The club had its 62nd annual show Sunday at the Christensen Field Main Arena, with multiple displays set up for the public to look at and purchase from.

“We’ve traditionally been over at the city auditorium, but this works great, allows the dealers to drive in and unload,” Villwok said. “So it’s a great facility and we’ve had a good crowd all day.”

For many of the event’s participants, coin collecting has been a hobby they’ve had for years.

“It’s just something I’ve collected since I was a kid off and on,” Fremont Coin Club President Steve Raymond said. “It probably started with my dad giving me a silver dollar when I was little.”

The club’s annual show is a great way for people to see items they’ve never seen before and possibly add something to their collection.

Orville Grady of Omaha, who started collecting at age 10, had his collection on display. He bought and sold numismatic literature for about 25 years while collecting tokens and military memorabilia.

On Sunday, Grady had coins on display representative of U.S. Army units that served in Nebraska, including the 21st Infantry Regiment.

“Company H and the Second Infantry served at Fort Niobrara and Fort Omaha, and so these are various pieces that represent units in Nebraska,” he said. “We had a Fort Sydney token there, plus an exchange token that was in use around the 1880s, 1890s.”

Although he can find new coins to add to his collection on websites like eBay, Grady said he’s enjoyed the socialization aspect of shows like the one in Fremont.

“It’s just about meeting the other collectors and dealers and forming a common interest of a historical nature,” he said. “Everybody that collects this stuff is really interested in history in some fashion.”

John Jackson of Sioux City, Iowa, had inventory from his store, J&J Coins, for sale at the show. The business also has locations in Bellevue and Storm Lake, Iowa.

“It’s been a wonderful hobby; it’s just great,” Jackson said. “There are so many things you can learn, and every day, we learn something new.”

“I got a few coins from my grandmother and really started getting pretty serious into it at probably 12, 13 years old,” he said. “And then eventually, I had to either do it for a living or quit, because it was getting to be too much.”

Jackson started attending the show in 1986 and has been a regular at the Fremont show for about 30 years. Most of the inventory he had Sunday was U.S. coins and currency dating back to the 1790s, including $500 and $1,000 bills.

“The market has a lot of collectors of silver dollars,” he said. “That’s always been a big part of the market, and lately people are buying gold and silver, so the old gold pieces are pretty popular, too.”

Like Grady, Jackson said he loves attending the shows and adding to his own collection, which includes large cents and coins from the Trans-Mississippi Exposition of Omaha in 1898.

“You meet different collectors from all over, and this area’s always had a lot of great collectors, a lot of good things and people that enjoy the hobby,” he said.

Villwok, who was co-chairman of this year’s event along with fellow club member Bob Missel, said silver coins were popular at this year’s show, as the metal’s price was still down $26 an ounce from $50.

“It’s probably the only commodity in the world that’s a bear market, and so it seems like it’s selling fast,” he said. “There’s a lot of silver and a lot of great collectors coins. There’s just something for everybody.”

With the show being such a good family event, Villwok said he is thankful for the Fremont community attending each year.

“This is our one fundraiser of the year that helps carry the club for the year,” he said. “And so we just appreciate the city of Fremont’s support.”

Israel strike in Gaza destroys building with AP, other media

Israel strike in Gaza destroys building with AP, other media

The City of Fremont has kickstarted efforts to gain public input on its ongoing efforts to update the Comprehensive Plan, Long Range Transport…

Whether it was on the family farm or at city hall, Randy Reyzlik made a difference.

Calendar of events for May 5-7

A cruise-in, pork tenderloin dinner and live music at Fremont Eagles Club are among the events taking place May 5-7.

A webinar on agricultural assistance available to producers through USDA programs will be presented at noon on Thursday, May 6, by Nebraska Ex…

Fremont Area Big Give brings in more than 2,000 donations for nonprofits

The fourth was with the Fremont community as it made donations to area nonprofits during the fifth annual Fremont Area Big Give Tuesday.