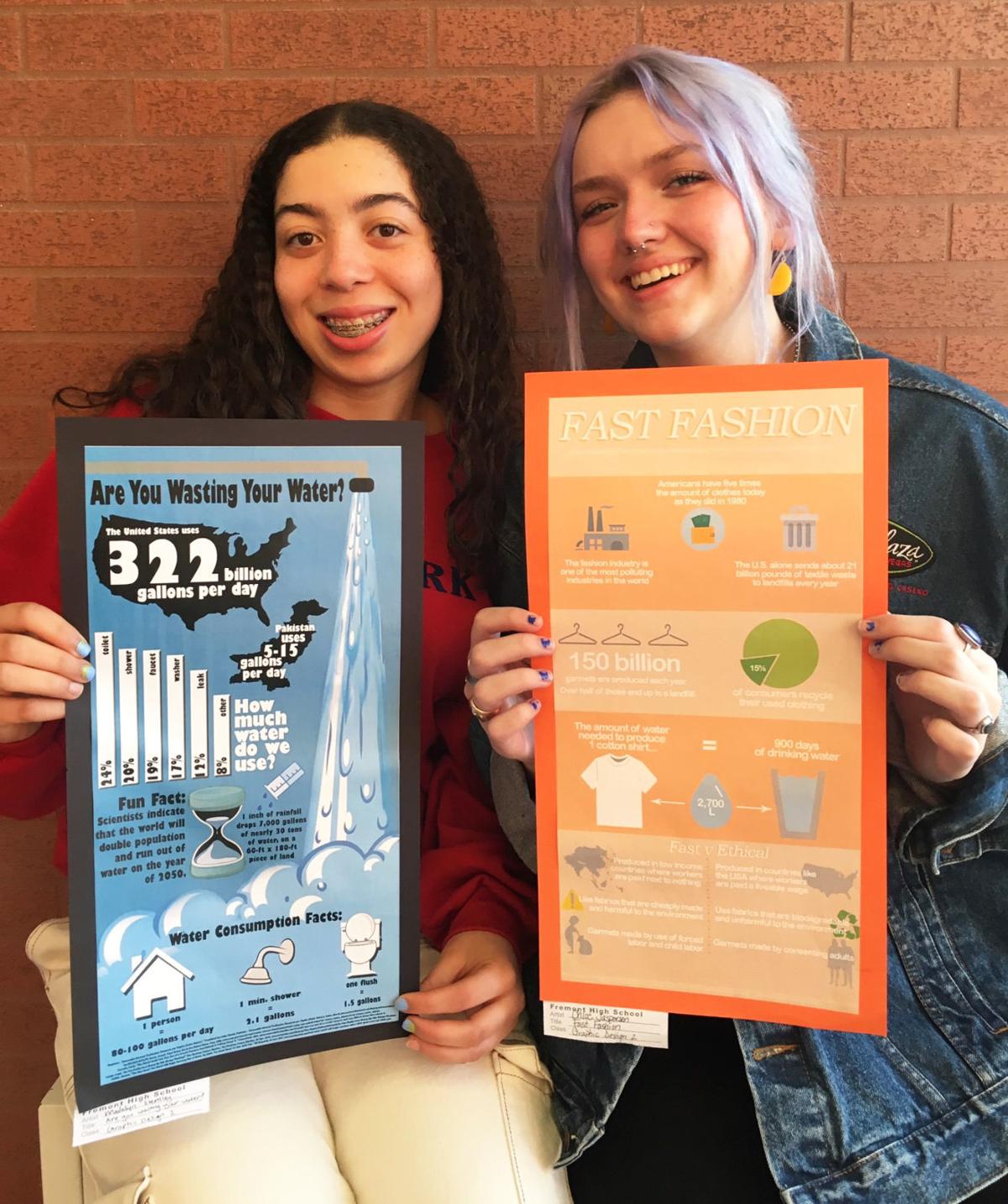 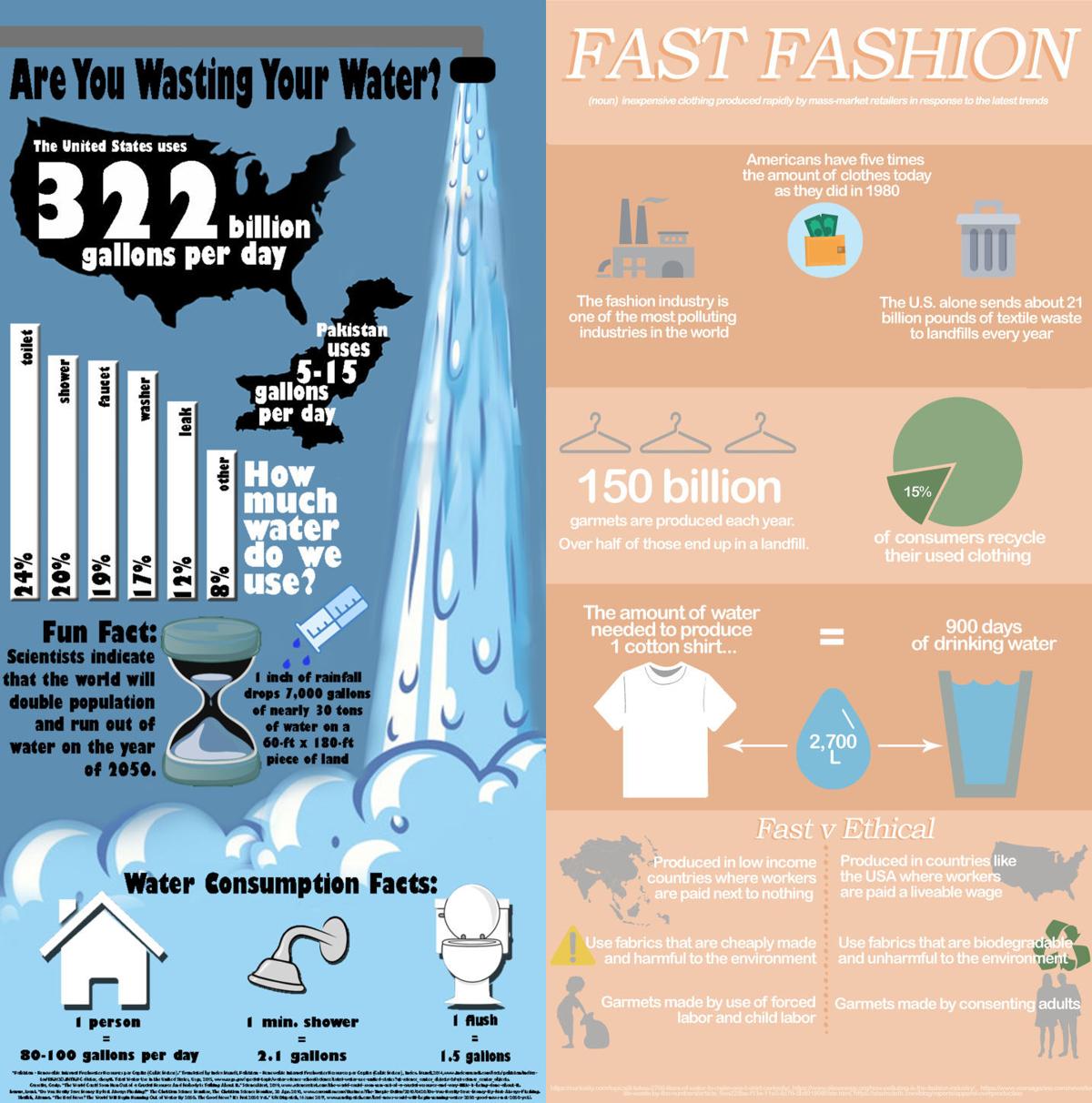 Two students in Fremont High School’s graphic design program have placed in a statewide competition for their infographics.

Madalyn Stemley, a junior, placed first, while Chloe Jaspersen, a senior, placed third in the Nebraska Educational Technology Association’s contest in the category of infographics.

Both Stemley and Jaspersen will attend the 2020 NETA Spring Conference this March at the CHI Health Center Arena in Omaha to receive recognition for their awards.

NETA, created in 1993, is a statewide organization that provides opportunities for highlighting technology in education.

An infographic displays data in a graphic form with images, charts and sources. Strickler said the judges look at the statistics, data and how it’s all organized.

“What a lot of students do is, they just put a lot of text on there, and that’s really not what an infographic is,” she said. “It’s images that display the data and make it easier to read and understand.”

Although infographics are not always some of her students’ favorite part of the class, Strickler said she believes it’s necessary for them to learn if they want to have a career in graphic design.

“One the reasons that we do the infographic in Graphic Design II is because we knew that data design is one of the up-and-coming trends in graphic design, especially with the rise of social media and a lot of technological outlets,” she said. “That’s why we kind of pursue that and spark their interest in a different area of design.”

Strickler said she encourages her students to enter the NETA competition, especially those who are interested in pursuing a career in graphic design.

“I’m going to be going through graphic design after high school, so I thought it’d be cool to do that,” Jaspersen said. “It’s a good resume-builder.”

This year’s contest was the first for Jaspersen and Stemley, who is also interested in pursuing a career in design. They spent two weeks developing the infographics.

Stemley’s infographic covered water usage, which she developed an interest in after taking an earth science class.

“That just grabbed my attention, and I just cared about that,” she said. “I still do, but it was more heavy when I was making it, just about if I was using too much water.”

Jaspersen focused her infographic on “fast fashion,” or mass-produced clothing that is cheaply made. Her project gave information on the effects this production has on the planet.

“It’s important to me because I get most of my clothes from second-hand places because it’s better for the environment and I think you can find cooler stuff,” she said.

After the students had finished, Strickler uploaded their work, as well as a description and their works cited page. After the works are submitted, the NETA judges spend five minutes on each entry before choosing the winners.

Although they didn’t receive feedback from the judges, Stemley said she was proud of the usage of a pipe graphic on her project, while Jaspersen said she liked her infographic’s clean design.

“I’m just very proud of them,” Strickler said. “They are very, very talented, and I’m lucky to be able to work with some of the best students. They have a lot of talent, and it makes my job that much easier.”

Looking forward, Jaspersen said she was glad to receive recognition for her project, especially with her future career in graphic design.

“It’s nice to know that what I do is appreciated in a way in a competition,” she said. “It’s just encouraging.”

The Fremont Area Community Foundation is looking for nonprofits to sign up for its fourth annual Fremont Area Big Give in May.

Nursing student Jackie Opheim did her research for the roles she plays in Midland University’s new musical, “Working.”

A former special agent will speak next week at Midland University to raise awareness on human trafficking.

Fremont Therapy and Wellness has a new way for people to run — by using just 20% of their body weight.