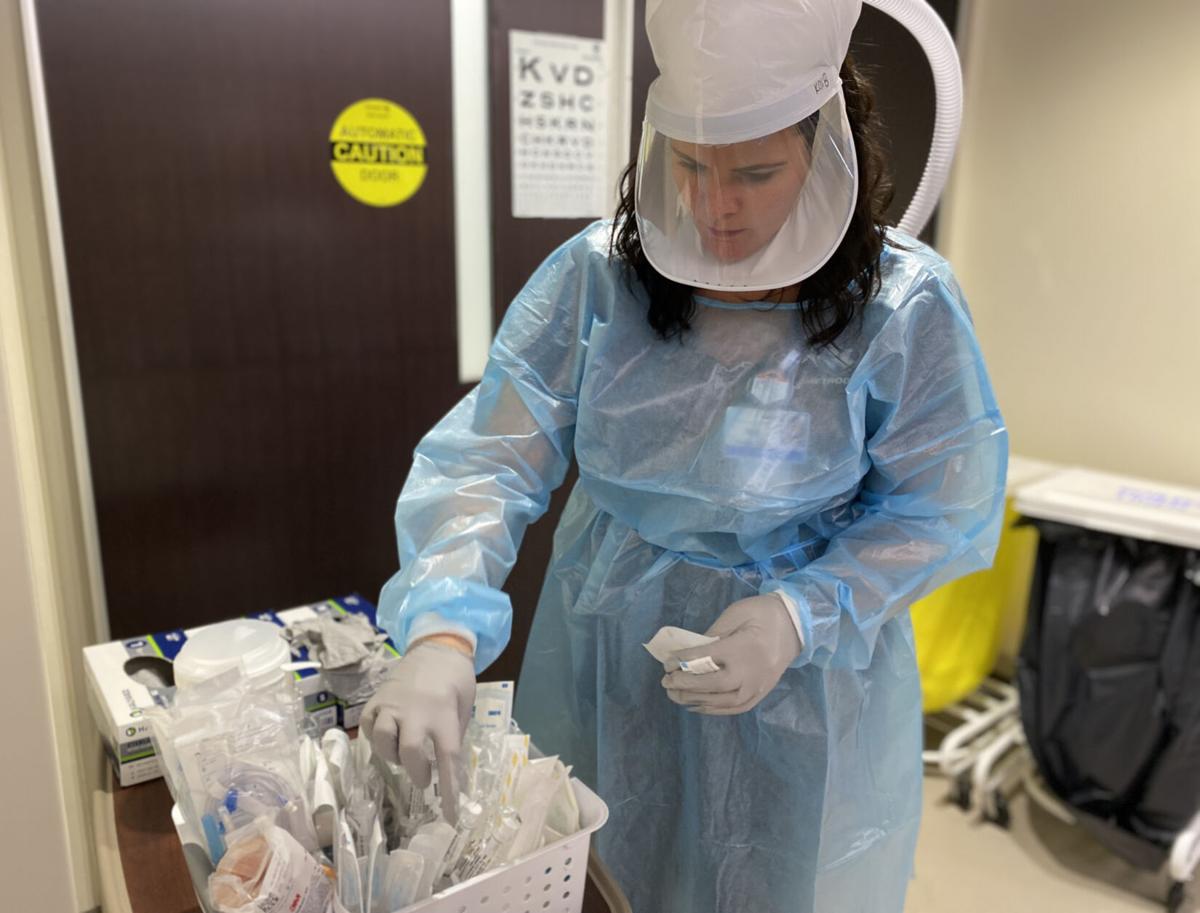 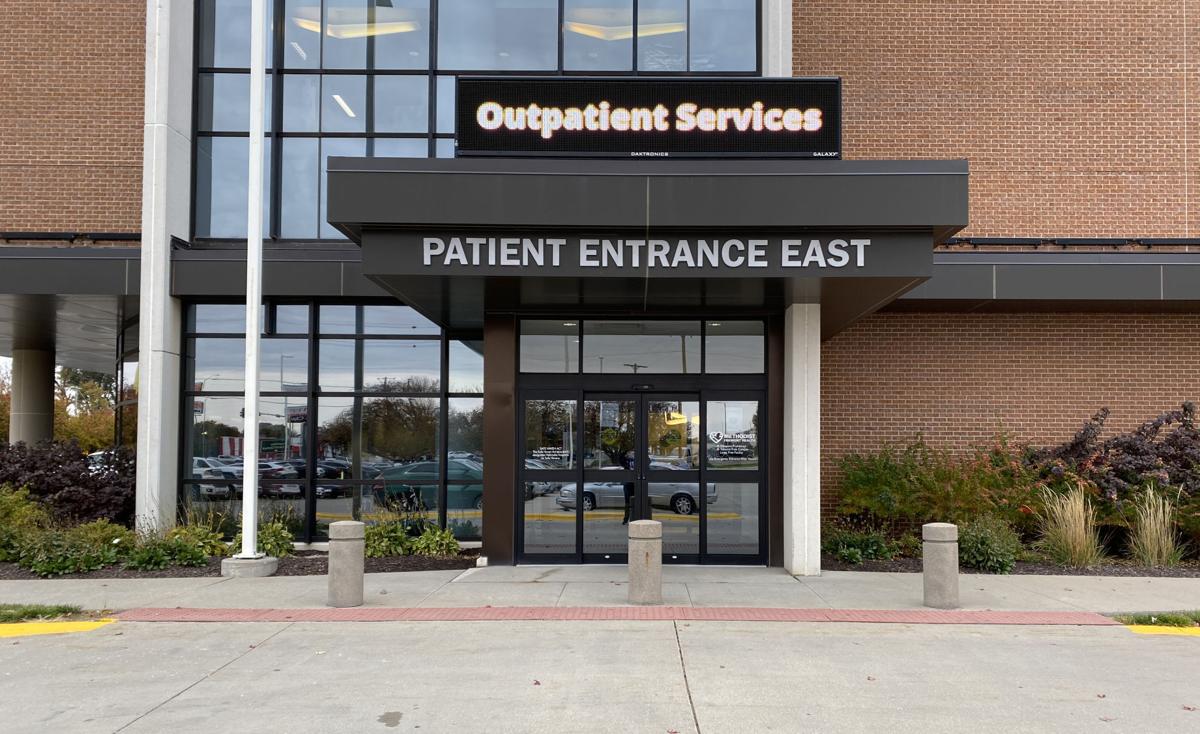 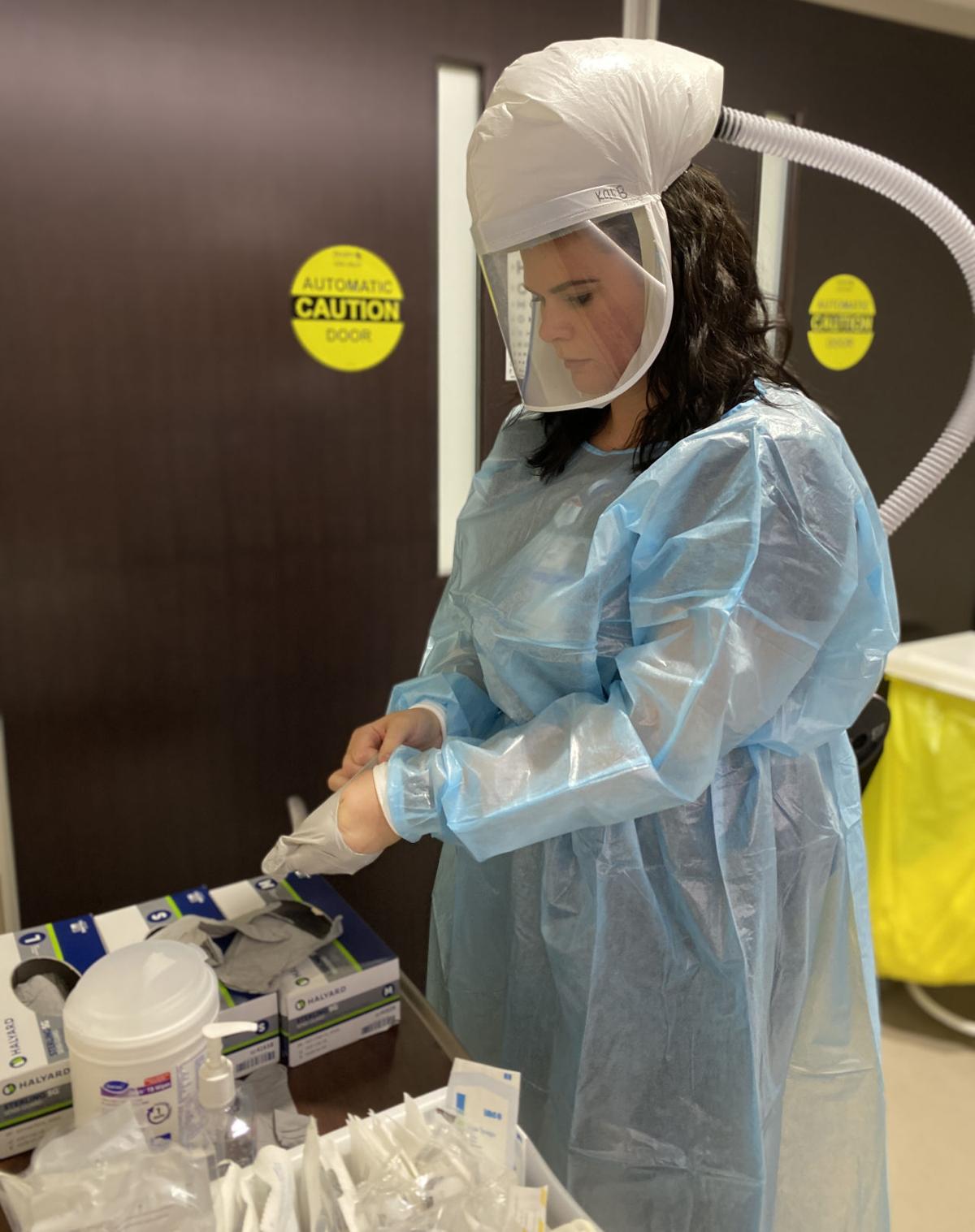 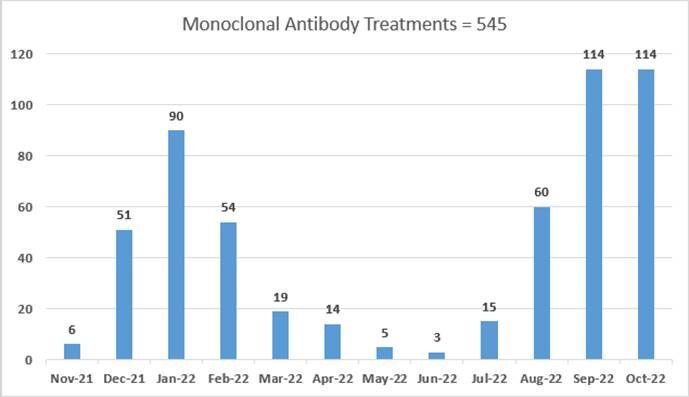 Methodist Fremont Health's number of monoclonal antibody treatments initially peaked at 90 last January before rising again to 114 each in September and October. 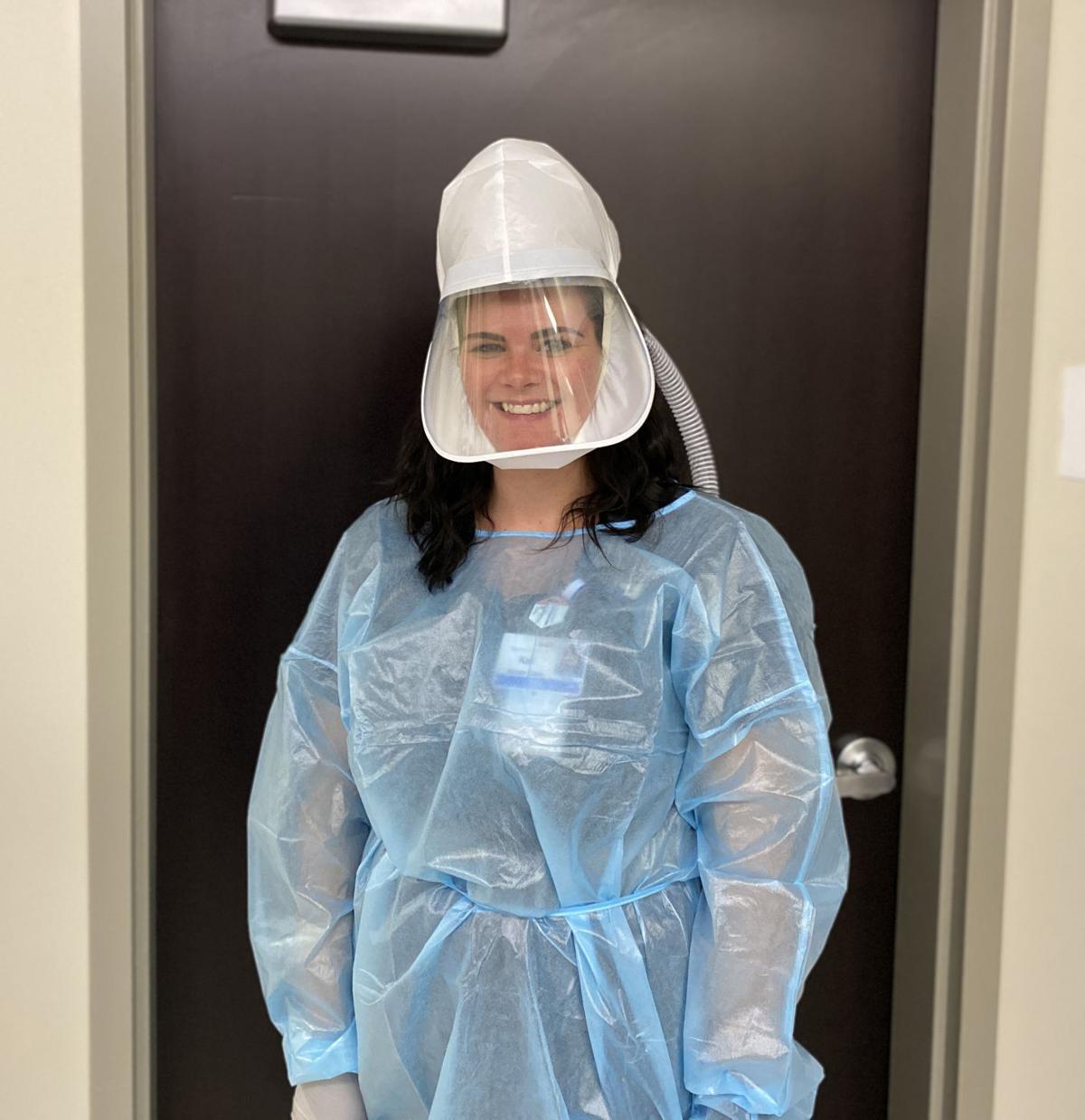 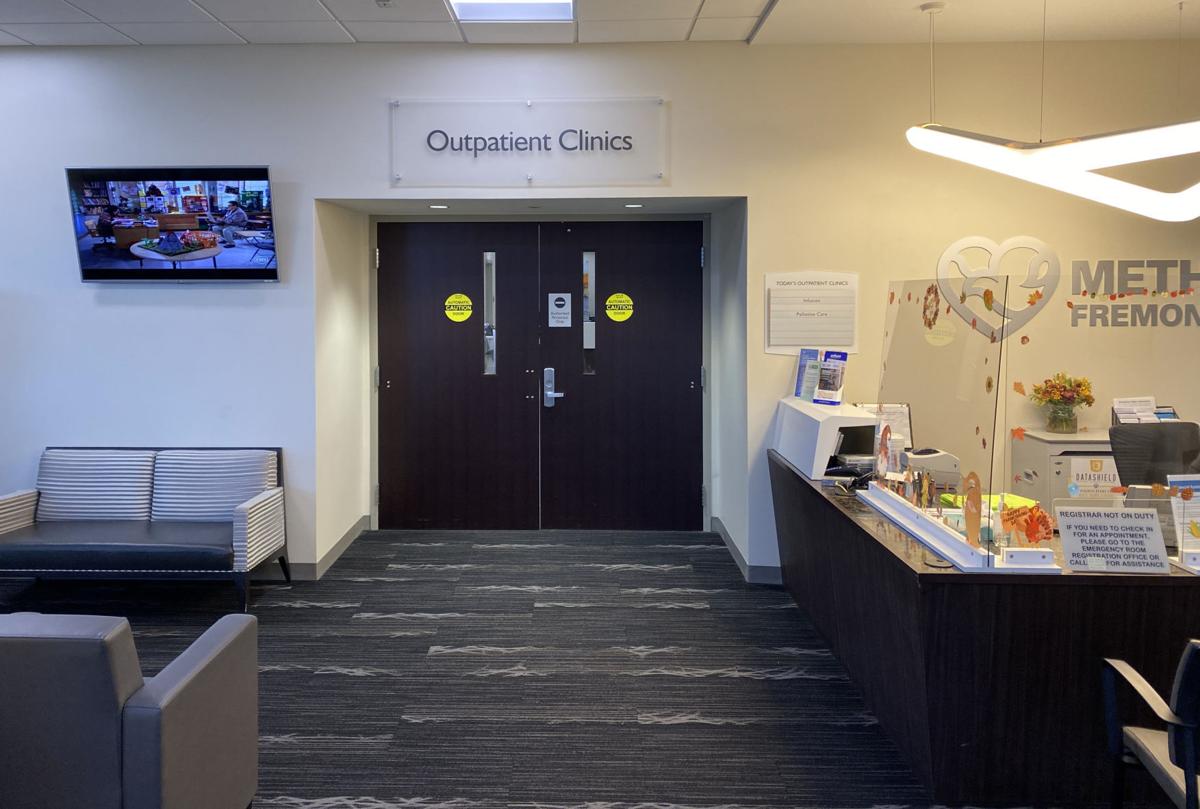 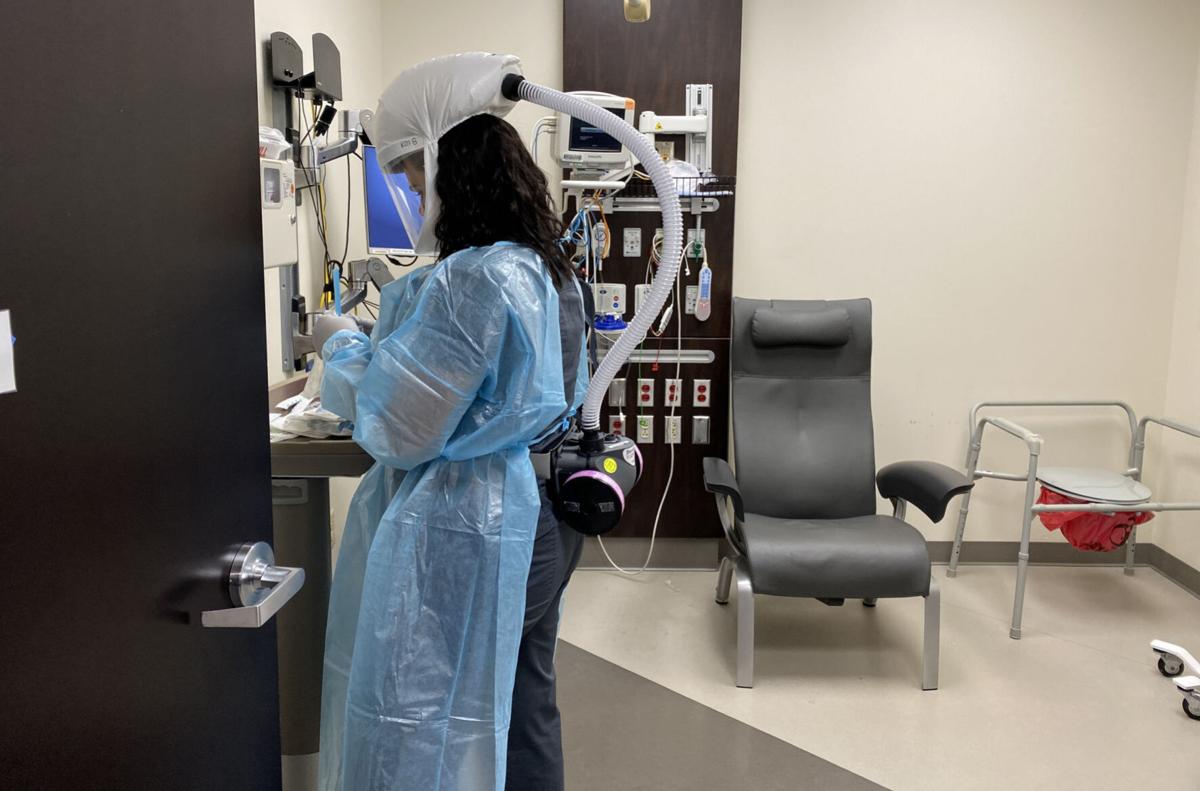 "Giving this many doses to the community prevented some hospitalizations, and we already have problems with the surge of patients at this time and over this whole period of time," Dr. Angela Sukstorf said. "So it really lowered the pressure on the hospital and also prevented complications, deaths and hospitalizations with COVID."

Since November 2020, the Fremont hospital has given 528 doses, said Sukstorf, an infectious disease specialist and medical director of quality.

"These doses include some treatment of not only the Fremont area, but also into the Omaha area as well," she said. "When they were not available, we gave doses to those folks as well, even some from Council Bluffs."

The treatment, which involves giving COVID patients monoclonal antibodies, or mAbs, is meant to prevent advancement of the disease by blocking the virus from replicating and causing organ damage.

"Most of the time they're unvaccinated, but later on in the protocol, we gave it to vaccinated folks as well that were symptomatic and had positive tests," Sukstorf said. "They are all outpatients, so they haven't been admitted to the hospital, and it's meant to prevent hospitalization."

Sukstorf said those who received the treatment either came to the emergency department or were referred from primary care offices if they were found to be at a higher risk.

"We have a normal follow-up protocol where they call them up to every day for a couple of weeks, depending on how sick they are," he said. "So they do an interview with them, find out how sick they are."

If the criteria determines that the patient is ill enough to potentially be admitted to the hospital, Sellon said they are sent to the emergency room.

"If they're not, then we go through the criteria of who is eligible to have monoclonal antibody therapy," he said. "If they're eligible, then they ask me if I'm OK to approve that therapy, which I have every time they've asked me."

Some of these factors include age and conditions like obesity, diabetes, cardiovascular disease and chronic lung diseases.

"We were giving it to very high-risk people at first, and we continued to do that," Sukstorf said. "But then the regulations loosened a little bit and we were able to give it to more people that were younger."

After getting a time scheduled, the patient is then given a peripheral IV infusion in the hospital's outpatient services department.

"Then they have to wait and make sure they didn't have any reaction to that," Sukstorf said. "So the whole process is a little over two hours, and the patient, since they are positive for COVID and they're starting to have symptoms, they are placed in a negative airflow room."

Although the hospital only provided six treatments in November 2020, the number grew, peaking at 90 last January. After hitting a low in June, the treatments increased again, with 114 each in September and October.

Since offering the treatment, MFH has seen a massive success rate with its patients, Sukstorf said.

"It's hard to tell how many admissions we prevented, but only occasionally was there a patient that came to the hospital after that infusion and still needed hospital care," she said.

Having worked with approximately 100 patients who have received antibodies, Sellon said they've been "extremely pleased" with the treatment.

"It's been very positive," he said. "I haven't had anybody that's received it in the first seven to 10 days that has ever ended up in the hospital."

Additionally, Sellon said he's seen no severe reactions and that the clinic would continue to be aggressive with the treatment as long as there's evidence it's safe and effective.

"With 70% relative risk reduction of 500 people that have received it, you would say that there would have been 200 or 300 more people in the hospital potentially if you hadn’t given it to people if you use the national average on the effectiveness of these three different treatments," he said.

Sukstorf said MFH has a strong, organized group of providers in the Methodist Health System's outpatient services, with experienced nurses willing to step up and provide care.

"Since we were able to do that and already had a good system set up, we expanded it when we could and made it even more efficient," she said.

For example, Sukstorf said when the patients needed to be moved to the COVID unit to use the negative airflow rooms after treatment, she said one nurse was able to work two rooms.

"We also found we were getting the medication very easily from the pharmacy," she said. "It was just a good process that I hope that we've been able to duplicate in the other affiliates."

Although Sellon lost 16 patients to COVID prior to the vaccine and treatment, he said that number has dropped to zero since then.

"That can't be a coincidence," he said. "If the vaccine and/or the monoclonal antibody therapy was ineffective, I should have just as many dead people over the last nine months as I had the first nine months of this."

Despite the treatment being available for COVID-positive patients, Sukstorf said the best way to decrease the morbidity and mortality of the virus is to get vaccinated.

"We just haven't had as many patients with vaccination that have severe disease, with probably 5% of our admissions being patients that have already been vaccinated," she said. "But those are patients that usually have severe COVID morbidities that put them at a higher risk of a vaccine either not working or having complications from COVID."

In continuing to refer patients to mAbs treatment, Sellon said it's the only outpatient treatment proven to be effective, despite theories promoting ivermectin, hydroxychloroquine and antibiotics.

"We'd like it to work, it'd be great if some pill worked, it just doesn't," he said. "So this is the only thing that we have as an outpatient to try to help mitigate the possibility of being admitted to the hospital in vaccinated or unvaccinated patients."

Lt. Rodney Morin hopes people listen for the sound of the bell.

Annual Hooper boutique to feature variety of items from vendors

The Hooper Chain of Friends will host its 47th annual boutique, which will feature a variety of homemade vendor items for sale this weekend.

The Fremont City Council will hear a strategic plan for the future of the Fremont Fire Department next week.

COVID cases, hospitalizations up sharply in Nebraska after 4-week decline

Nebraska's coronavirus cases and hospitalizations were up again last week, indicating that the delta surge that began over the summer has not yet lost its sting.

Oftentimes, Dan O’Malley said hockey can often feel like an intimidating sport, compared to simply hitting a baseball with a bat or tossing ar…

Fremont-area calendar of events for Nov. 5-7

Stay up-to-date on the area's upcoming meetings and events.

With Veterans Day approaching next Thursday, RTG Medical is making sure the Fremont community has a flag to fly.

Methodist Fremont Health will offer a Family and Friends CPR class at 5 p.m. Thursday, Nov. 18. This course is designed to teach the skills of…

Scooter’s Coffee will honor our nation’s heroes this Veterans Day with a free drink treat of any size on Thursday, Nov. 11.

Find out what's happening next week at Fremont Friendship Center.

Fremont Area Association of Retired School Personnel is meeting at noon on Wednesday, Nov. 10, at United Methodist Church at Eighth and Broad …

Methodist Fremont Health's number of monoclonal antibody treatments initially peaked at 90 last January before rising again to 114 each in September and October.