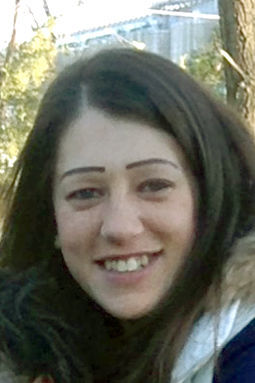 Lindsey was born Jan. 15, 1984, in Fremont to Bruce and Teresa (Becraft) Andersen. She was raised in Fremont and graduated from Fremont High School in 2002. Since the age of 12, Lindsey had fought kidney problems which required three transplants. She was a fighter and never quit. She always remained down to earth through everything and touched the lives of many with her love and kindness. She worked for the last 12 years part time as an aid at Nye Pointe. She loved nature and working in her yard, she enjoyed the seasons. She loved her pets, but her life revolved around her family, including her three nieces and three nephews, and most importantly her husband Jeff Waters, they had a commitment ceremony on Oct. 1, 2016.

The family will hold a private service with burial in Argo Cemetery. A celebration of Lindsey’s life, open to the public, will be held at a later date. Memorials are suggested to the Nebraska Kidney Foundation of Omaha or may be directed to the family.

Dorothy Charlene Weihe was born on Sept. 4, 1927, to Albert and Christine (Launer) Weihe in Fremont. After graduating from Fremont Public High School in 1944, Dorothy worked as a telephone operator. During World War II, she worked in the office of the ordnance plant in Mead where they manufactured munitions. This is where she met her future husband. On Feb. 1, 1949, Dorothy married Peter Eggers in Fremont. The couple moved to West Point in 1954 where they raised their family.

Dorothy’s faith and love of gardening and cooking filled her days with joy and happiness. Her love of family and dedication to ministry of Jehovah’s Witnesses in her community were the foundation on which she built her life.

Dorothy is preceded in death by her parents; husband; son, Daniel Peter Eggers in May of 1961; sister, Alberta Rowe; and brothers, Leonard Weihe and Robert Weihe. 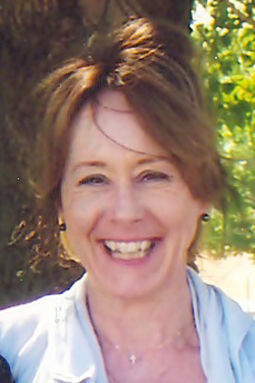 Jan was preceded in death by her parents, Thomas and Phyllis Klindworth; brother, Bob; and sister, Judy Brooks.

The family will have a private service with burial in Ridge Cemetery. They will have a public celebration of Jan’s life at a later date. Memorials can be made to Always & Furever Midwest Animal Sanctuary (https://alwaysandfurever.love/) 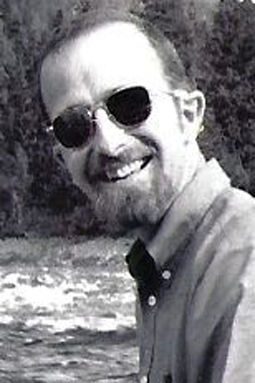 Brooke Bowen Anson, 85, of New Glarus, Wisconsin, passed away Sunday, March 15, 2020. His departure was prolonged, not on his terms, and thus considered by him to be a great nuisance. He was loved and will be missed by more people than he realized. 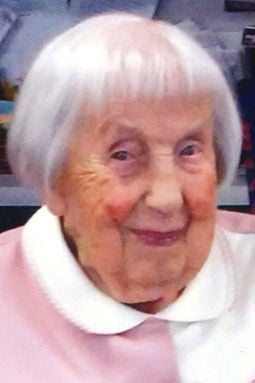 Ellen Elvera (Peterson) Walker was born April 30, 1921, to Rognar and Edith Peterson at their farm home in rural Burt County, Nebraska. She passed away March 22, 2020, at Carter Place in Blair, Nebraska, at the age of 98 years.

Elvera graduated from Tekamah High School in 1939 and attended Wayne State College. She married Roland Walker, of Tekamah, Nebraska, on Jan. 24, 1942. Three children were born to them: Trudy, Jim and Janelle.

On April 16, 1933, Elvera was baptized at Tekamah First Baptist Church. She remained an active member there for 87 years. Her faith was very important to her, as she served as a Sunday School teacher, Girls Guild leader and held offices in the local, association and state levels of the American Baptist Women’s Society. She was the church secretary for 25 years, Sunday School secretary/treasurer from 1966 to 2016 (50 years) and church clerk from 1971 to 2011 (40 years).

Elvera’s many other activities were varied. She participated in Bible Study groups, two extension clubs, Knitting Club, Pinochle Club and Country Birthday Club. She was a 4-H leader, a 50+ member of Eastern Star, a secretary of Jobs Daughters, and was the secretary to several bowling leagues.

After the death of her husband, Elvera worked at the Department of Health and Human Services, retiring in 2001, on her 80th birthday, after 28 years of employment. She received the Admiralship in the Nebraska Navy. Her hobbies were many and included quilting, fancy work, knitting, crafts, bowling, reading and traveling. She traveled many miles and went to many events with her special friend, Jim Chatt of Tekamah, for many years after the deaths of their spouses.

The Celebration of Life will be held at a later date. We ask that you share any memories or condolences to the Tribute Wall of Elvera’s obituary at www.pelanfuneralservices.com. 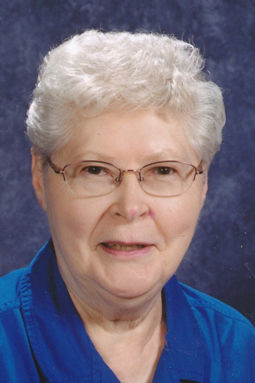 Private family services for Virginia H. (Edler) Wagner, age 80, of Beemer, Nebraska, formerly of Hooper, Nebraska, will be held on Thursday, March 26, 2020, at 10:30 a.m. at the Minnick Funeral Home in West Point, Nebraska. Interment will be in the Mt. Hope Cemetery. Relatives and friends can watch the service on the Minnick Funeral Service Inc. Facebook page on Thursday morning.

Virginia passed away on Sunday, March 22, 2020, at the Colonial Haven Nursing Home in Beemer.

She worked as a secretary for the Cuming County School Superintendent for nine years and in 1966 moved to Fremont, Nebraska. She worked for the Eldon Johnson Agency-Northwestern Mutual Life Insurance Co., becoming an insurance underwriter in 1971. Virginia was active in the Fremont Jr. Women’s Club and was on a bowling team.

On April 28, 1972, she was united in marriage to Cleo Edler in West Point. Together they owned and operated the John C. Antique Mall in Fremont for many years. Cleo passed away on Jan. 13, 1999.

Virginia married Lyman Wagner on June 30, 2001, in Fremont. She became a resident of the Colonial Haven Nursing Home in June of 2019.

Virginia was a member of the First Lutheran Church in Fremont.

She was preceded in death by her parents; husband, Cleo; sister and brother-in-law, Anna Bell and Dallas Geu; and a niece, Diane Steskal.

Joy was born Aug. 15, 1956, in Fremont, Nebraska, to Wayne and Dorlene Sager Luther. Her father was a successful farmer, trucker, and cattle feeder. Her mother created a loving home and supported her husband in his business.

Throughout Joy’s life she was surrounded by family who loved her and appreciated her quiet presence and laughter. After leaving Hooper, Joy located to Lincoln, Nebraska, where she worked 41 years for Assurity, formerly Woodmen Accident and Life. Joy was recognized for her knowledge and commitment. She was known for being a positive influence at her workplace. A valued employee, Joy took pride in doing her work well.

Her interests included music as well as sports. She was an avid fan of the Nebraska Cornhuskers as well as the Kansas City Royals, attending many games. She loved family gatherings. For her, the greatest joy was to be with everyone and to look around and see all the people who meant so much to her.

A celebration of Joy’s life will be held at a future date.

Joy will be remembered as a loving daughter, sister, aunt, and friend. She is missed.

Blessed are those who mourn, for they shall be comforted. Mathew 5:4 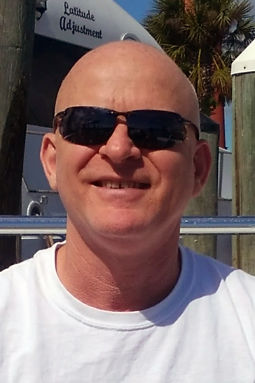 Rick grew up in Fremont and was a 1980 graduate of Fremont Senior High School. He worked for Hill-Rom (Medical Equipment) for 10 years in Omaha and in Florida for the last 23 years.

Preceded in death by parents, Jack Hanson and Marilyn Sokolovsky.

Celebration of life will be held at a later date. 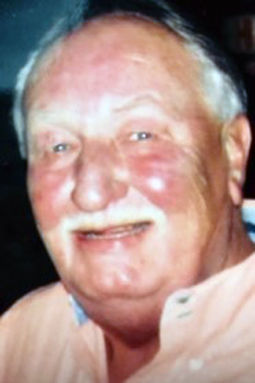 Mick was born Oct. 6, 1945, in Schuyler to Ted and Pauline (Holoubek) Longacre. He attended Schuyler High School and went on to become a proud U.S. Navy Veteran. Mick enjoyed golf, cooking for others, making people laugh, and loved his dogs. Mick is survived by his brothers, Ron (Shirley) Longacre of Bellevue and Ted (Lana) Longacre of Omaha; sister, Kathy (Don) Brink of Elkhorn; brother-in-law, Harold Ladehoff of Lincoln; dear friend, Terry Synovec of Fremont; numerous nieces and nephews. He was preceded in death by his parents; and sisters, Gayle Ladehoff and Linda Gilbert.

Services to be held at a later date. 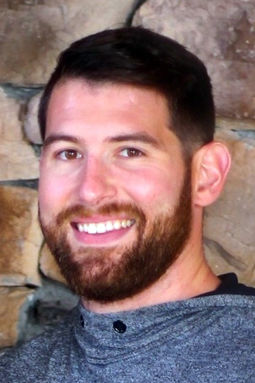 Bryce Christensen, 32, of La Mesa, California, formerly of Arlington, died unexpectedly on March 16, 2020. He graduated from Fremont High School in 2006 and received the Honor Key, which is awarded to the top student in the class. He graduated from the United States Military Academy—West Point in 2010. While there, he was on the Combat Weapons Team and also trained as a Combat Engineer in the Sapper Leader course at Ft. Leonard Wood, Missouri. He received a Master’s Degree in Strategic Intelligence in 2011 and became an Army Ranger in 2012.

Bryce served two tours in Afghanistan as a 1st Lieutenant, where he earned an Army Bronze Star Medal for meritorious achievement. At the time of his death, he worked as a Special Agent for Homeland Security Investigations. In addition he served on the Special Response Team and the San Diego Narcotics Enforcement Team.

Bryce will be remembered for his love of family and friends, his devotion to his country, his quick wit, and his compassion for all creatures great and small.

A memorial service will be held at a later date.

Membership management made easy: Check out our NEW members center!