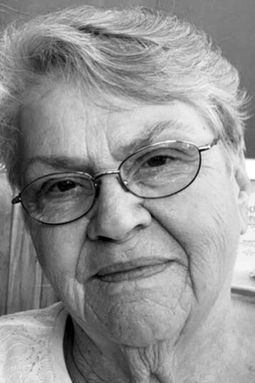 She was preceded in death by her husband Donald P. Littrell; parents, Harry and Edna Rohwer; sisters, Harriet and Donna; brothers, Norman, Clairmont and Larry; and great-grandson, Aiden. 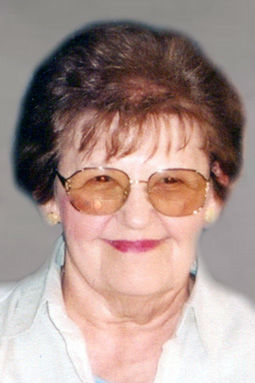 Agnes A. Wirka, 95 years, of North Bend, Nebraska, passed away Wednesday, Dec. 4, 2019, at Parkview Nursing Home in Dodge. Agnes was born Sept. 12, 1924, to Joseph and Agnes (Sedlacek) Mach at rural Weston, Nebraska. She married William “Bill” Wirka on Oct. 1, 1946, at Plasi, Nebraska. He passed away Oct. 29, 1994. The couple owned and operated Bill’s Drive-In Liquor Store in North Bend. Agnes continued operating the liquor store into her 80s. She was a member of St. Charles Catholic Church in North Bend and a very active member of the North Bend community.

Agnes was preceded in death by her parents, husband, one brother, one sister and one grandson.

The funeral Mass will be 10:30 a.m. Monday, Dec. 9, at St. Charles Borroemo Catholic Church in North Bend. Visitation will be 5-8 p.m. Sunday, Dec. 8, at Moser Memorial Chapel in North Bend. Family will receive friends from 6-7 p.m., rosary will begin at 7. Burial will be at Woodland Cemetery at North Bend.

Memorials may be designated to the family for a charity yet to be determined. 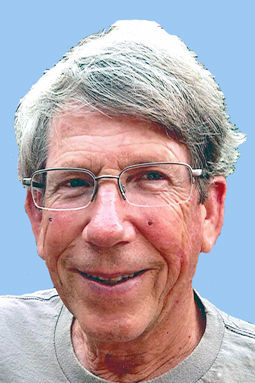 James R. Henry, 76, died at his home in Fremont on Tuesday, Dec. 3, 2019. He was born in Fremont on Sept. 19, 1943, to J. Rex and Phyllis (Quirk) Henry and graduated from Fremont High School in 1961. He attended school in Milford for an education in drafting, worked in various auto parts stores in Omaha, then was employed by Nebraska Natural Gas as a draftsman from 1964 to 1970. In 1970 he went to work for Hormel Foods, retiring in 2000. After his retirement he worked various part-time jobs, including Vern’s Flowers and local car dealerships. Jim served in the Nebraska National Guard from 1964 until 1970. He started his work career as a paper carrier for both the Fremont Tribune and the Omaha World-Herald, spent his summers working for his uncle U.S. (Dutch) Schlueter in heavy construction. Dutch also taught him how to find the “best” local places to eat, which he never forgot.

Jim was a member of Salem Lutheran Church, Fremont Eagles lodge F.O.E. 20, Fremont Area Art Association, JCF Board for six years. He was a former member of Fremont Jaycees, Nebraska Balloon Club, The Balloon Federation of America, and was a licensed hot air balloon pilot. Jim piloted their balloon at several “balloon rallies” around the Midwest and as often as possible around the Fremont area. Jim was a Husker Football fan, enjoyed bowling, golf, pool, roller skating, skiing, travel and wine tasting. He and Cookie vacationed in all 50 states, the Provinces of Canada, Mexico, Ireland, Turkey and Australia. After Cookie retired they wintered in Hawaii.

While working at the Gas Company he met and fell in love with Margaret (Cookie) Gibney who worked in the downtown office. They were married Sept. 23, 1967.

Memorial services will be Tuesday, Dec. 10, at 11 a.m. at Dugan Funeral Chapel. Rev. Scott Jensen will be officiating. Memorials have been established to the Fremont Area Art Association, Fremont Opera House and Fremont Methodist Hospital Hospice. Condolences may be left at www.duganchapel.com.

The funeral Mass will be 10:30 a.m. Saturday, Dec. 7, at St. Rose of Lima Catholic Church in Hooper, Nebraska. The Rev. Nicholas Mishek will officiate. Visitation will be Friday from 5 p.m. to 8 p.m. with a Rosary starting at 7 p.m. at Moser Memorial Chapel in Fremont. Burial will be at Sts. Peter and Paul Cemetery in Howells, Nebraska.

Memorials may be directed to the family for a memorial to be established in LaVerna’s name.

The funeral will be 10 a.m. Saturday at Riverview Community Church, Ashland. Visitation at church one hour prior to service. Interment at Ashland Cemetery. 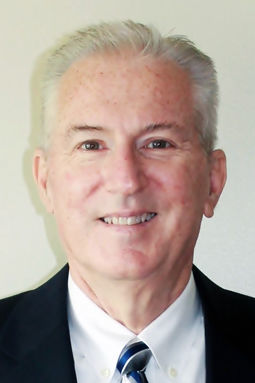 Funeral services will be Saturday, Dec. 7, at 2 p.m. at the Fremont High School Auditorium (1750 N. Lincoln Ave., Fremont, enter south doors). Interment with Military Honors will be at a later date. 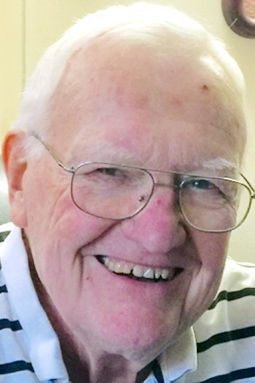 Funeral services for Gerald E. Miller, age 86, of O'Neill, and formerly of Fremont, will be held at 7 p.m. Thursday, Dec. 5, at Christ Lutheran Church in O'Neill, with Pastor John Nelson officiating. Visitation will be from 5-7 p.m. at the church in O'Neill. Visitation will continue on Friday, Dec. 6, from 1-2 p.m. at Salem Lutheran Church in Fontanelle, Nebraska, with a prayer service at 2 p.m. Burial will follow in Fontanelle Lutheran Cemetery with Military Rites provided by the Fremont Honor Guard of VFW Post 854 and American Legion Post 20. Jerry passed away Monday, Dec. 2, 2019, at the Arbor Care Center in O'Neill. Memorials may be directed to the family for future designation. Biglin's Mortuary in O'Neill is in charge of arrangements.

Gerald (Jerry or Big Ed) Edward Miller was born Aug. 25, 1933, to August and Margaret (Brand) Miller in Scribner, Nebraska. He was the youngest of four children. He graduated from Omaha North High School in 1951 and attended Creighton University. He graduated in 1955 with a degree in pharmacy.

Jerry joined the United States Army and was in the Army Reserves for seven years. He met his future wife, Barbara Grace Mitchell, while stationed in Fort Sam Houston, Texas. Jerry and Barb were united in marriage on June 15, 1957. They had two sons, Roger and Mark.

Jerry and Barb moved to Fremont in 1958 and worked for Daniel's Rexal Drug. Jerry purchased his own store, Miller Pharmacy, in 1962 and expanded the business to a second store in 1970. Jerry was an active member of Salem Lutheran Church in Fremont and severed on numerous committees and boards until he moved to O'Neill in 2011, when he joined Christ Lutheran Church in O'Neill.

Jerry and Barb's love was a cabin they purchased in 1967, located on Blanche Lake in Minnesota. He was an avid fisherman and loved to go boating, having a toddy on the deck, and making wonderful memories with his neighbors and especially his granddaughters who spent the summers at the lake with him.

Jerry also loved the Nebraska Cornhuskers, Minnesota Vikings and Kansas City Chiefs football teams, and the Minnesota Twins baseball team. He loved to play poker and visited the casino every chance he could.

Jerry had such a big heart and was known for his generosity, his laugh, devotion to his church and especially his family.

He was preceded in death by his parents; wife Barb; sisters, Nadine, June and Loretta; and great-grandson, Rex Drueke. 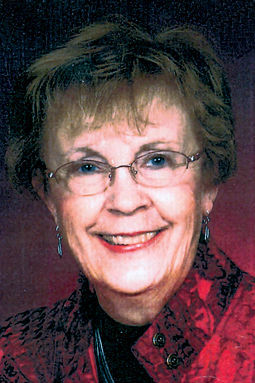 Nadeen was born Nov. 21, 1935, in Omaha to Harlan and Elaine (Rohde) Preston. She was raised on the farm near Rosalie, Nebraska, and graduated from Rosalie High School in 1953. Nadeen attended Wayne State College where she earned her teaching certificate in both Business Education and Home Economics, going on to teach at high schools in Springview and Bancroft, Nebraska, as well as Benson High School in Omaha. Following graduation, she married Marlin Gralheer, and to this union, two daughters, Cindy and Pam, were born before he was killed in a car accident.

On Aug. 5, 1962, Nadeen was married to Robert Boettger who adopted her two daughters (Cindy and Pam). To this union were born two more daughters, Brenda and Beth. In 1973, they moved from the farm near Omaha to their farm near Arlington. While caring for her family and helping on the farm, Nadeen was involved with their church, Extension Club, substitute teaching, Christian Women’s Clubs, Bible Study Fellowship, and was a 4-H leader. After the kids were raised, Nadeen worked as an Executive Secretary at First Data Resources. Nadeen was a wonderful wife, loving mother, and a consummate grandma. She was a joy to be around, welcomed many people into their home, and touched many lives with her compassionate servant’s heart. In watching Nadeen’s struggle with Parkinson’s these last few years, a friend aptly said of her “it is obvious that nothing can deter the grace and beauty in a life where Christ lives.”

The funeral Mass is 10:30 a.m. Tuesday, Dec. 3, at St. Joseph's Catholic Church in Lyons. Burial will be in Oakland Cemetery, Oakland.

In lieu of flowers, memorials may be directed to the Oakland Golden Oaks Senior Center or St. Joseph Catholic Church.

Jean was born on Aug. 13, 1956, to Eugene and Joann (Meister) Morton in Cherokee, Iowa. Jean attended and graduated from Atlantic High School. Following high school she attended The Jennie Edmundson School of Nursing. She worked as a nurse for many years before retiring from Fremont Area Medical Center.

Jean enjoyed quilting, playing bunco and card clubs. She loved making crafts and cooking as well as gardening and her flower beds. Above all Jean loved anytime spent with her family and friends. Jean was involved in JUGS (Just Us Girls). She was a member of First United Methodist Church.

She is preceded in death by her husband Bob and parents.

Memorials may be directed to The Hope Center for Kids in Fremont.

Visitation will be held Wednesday, Dec. 4, at Dugan Funeral Chapel from 4-8 p.m. with family present from 6-8 p.m.

The funeral service will be held on Thursday, Dec. 5, at First United Methodist Church at 11 a.m. Burial will take place on Friday, Dec. 6, at the Tecumseh Cemetery at 12 noon. 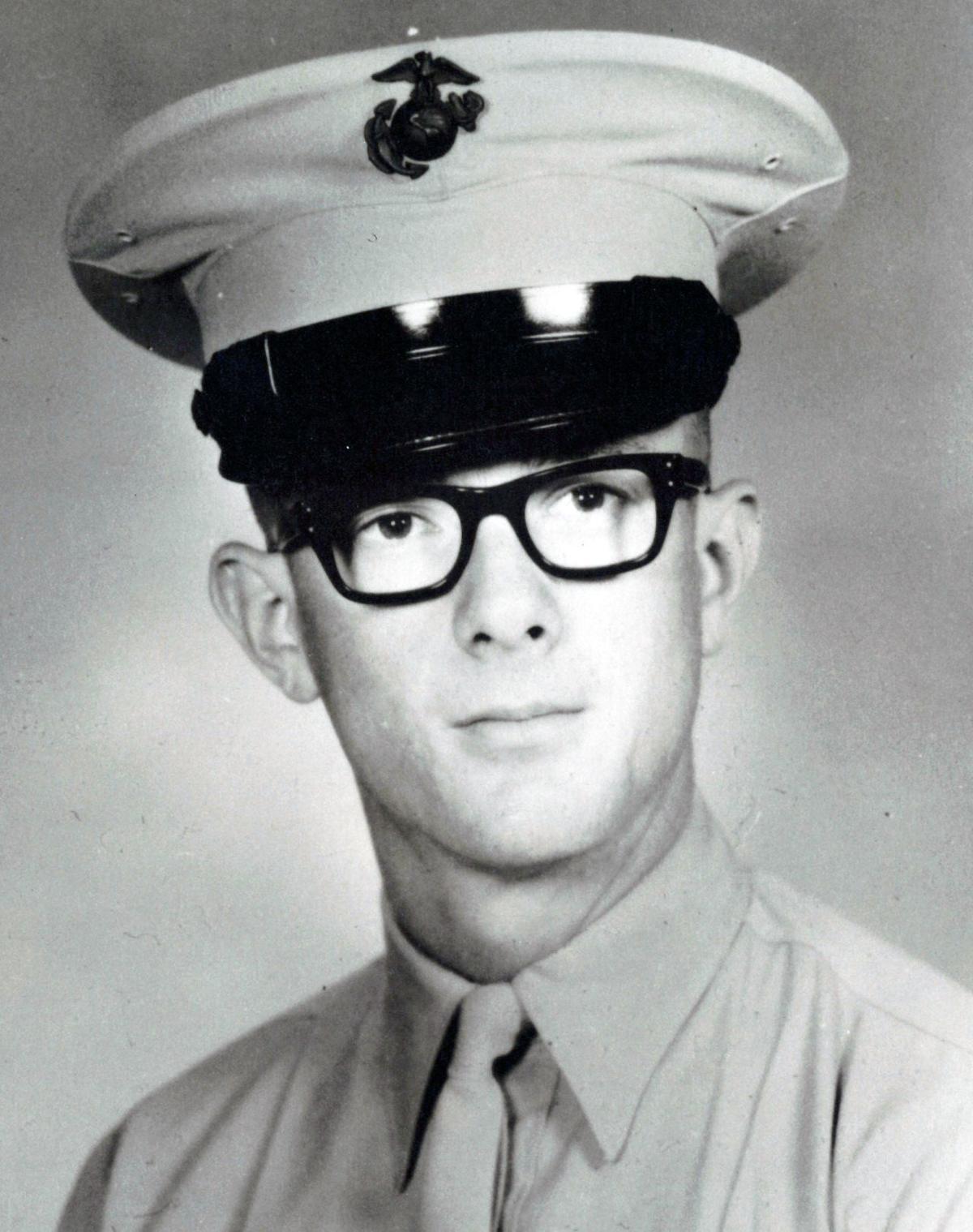 Martin E. Dewey, 73, of Lincoln, died 1129 at Homestead Rehabilitation Center after a prolonged illness. Martin left college at Midland in Fremont to volunteer specifically as a Marine in the Vietnam War.

Martin was preceded in death by his parents Charles and Eunice Dewey of Fremont, Nebraska, and his brother, Hugh Dewey. He is survived by his brothers, Ed Dewey, Pat Dewey; and his sister, Eileen Warner; along with 12 nieces, nephews and 14 great-grand nieces and nephews

Memorials may be given to CenterPointe and directed to their Veteran’s Service Dept. to assist veterans in need, 2633 P St., Lincoln, NE 68503. 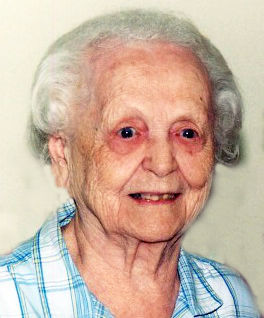 She grew up in Chicago and was a 1931 high school graduate. She did not go to college because she wanted to earn some money. Her first job was as a secretary, typing, filing and taking dictation. She worked in Chicago at Perkins Products, the Kool-Aid Company. Aurelia married Ernest James “Buster” Scott in 1936 and he preceded her in death in 1965. They moved to Omaha in 1945. She would spend much of her life volunteering for organizations, including Goodwill and her church. She enjoyed listening to the radio (her favorite program was “Fibber McGee and Molly”), going fishing and riding horses through Jackson Park with her husband. She was known for making kolaches and sharing with the tenants at Nye Square, she enjoyed completing the newspaper puzzles, listening to the news and having a caretaker read the newspaper to her due to her failing eye sight. Her “loves” were her religion, John Wayne movies, root beer floats, food from Burger King and Dairy Queen and dogs.

Aurelia received an Apostolic Blessing from Pope John Paul II in gratitude for her 25 years of faithful support of the Benedictine Mission in Schuyler, Nebraska.

She was preceded in death by her parents; husband; brother, Joseph Peter; and sister, Anne Southworth.

The Memorial Mass will be at 10:30 a.m. Tuesday, Dec. 3, at St. Patrick Catholic Church in Fremont. Interment will be at St. Joseph Cemetery in River Grove, Illinois. 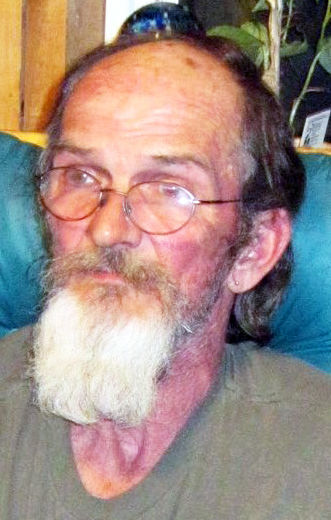 Be the first to know with breaking news email alerts.