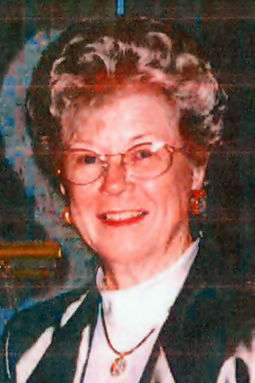 Mary Ann was born Aug. 23, 1923, in Hooper to Benjamin and Charlotte (Monnich) Darling. She was raised in Hooper and graduated from Hooper High School. She received a teaching certificate from Midland College and taught in the Hooper Schools. She married Merle G. Watchorn on Nov. 11, 1944, in Hooper. Merle became a veterinarian and the couple lived in Dodge for a short time before moving back to Hooper in 1956. Mary Ann worked for Northern Natural Gas, which became Enron. She moved to Havre, Montana, Minneapolis, then to Houston for her work before retiring and moving to Sun City West in September of 1992.

Mary Ann was active in the Eastern Star in Hooper and served the state of Nebraska as Worthy Grand Matron. She had been a member of Redeemer Lutheran Church in Hooper. She was active in the Del Webb Community in Arizona where she lived, as a member of the computer club and Nebraska Club. She also volunteered at the hospital in her Del Webb community.

Mary Ann is survived by her son, David Lee Watchorn of Tillamook, Oregon. She was preceded in death by her husband Dr. Merle G. Watchorn and a son, Dean Allen Watchorn.

The funeral will be 10:30 a.m. Tuesday, Nov. 19, at Redeemer Lutheran Church in Hooper. Burial will follow in the Hooper Cemetery. Visitation will be one hour before the service at the church. Memorials are suggested to the Masonic-Eastern Star Home for Children in Fremont. Ludvigsen Mortuary in Fremont is in charge of arrangements. 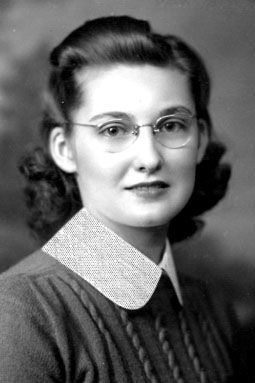 Betty was born in rural Cedar Bluffs, Nebraska, to Charles and Rose Clapham. She was a 1941 graduate of Cedar Bluffs High School and then worked at the Saunders County Courthouse in Wahoo. She became a member of the Cedar Bluffs American Legion Auxiliary. Inspired by WWII and the death of her brother Lloyd, she entered the Army Nurse Training Program and graduated in 1948 from the University of Nebraska School of Nursing. Betty's professional passion was surgical nursing. She held supervisory positions at the Stanford University Hospital, University of Nebraska Hospital and Immanuel Hospital in Omaha, and while raising her family she worked as an RN in several hospitals and physician offices in Denver, Colorado.

Betty married George N. Milton on Oct. 29, 1950, at the First Presbyterian Church in Wahoo, Nebraska. In 1953, the couple moved to Littleton, Colorado, where she continued building her family, her career, and participating in PTA, 4-H and the First Presbyterian Church of Littleton. Her other passions included genealogy, fishing, bridge, rummy, and playing poker with her family.

The funeral service will be Wednesday, Nov. 20, at 11 a.m. at Moser Memorial Chapel in Fremont. Visitation will be on Tuesday from 4 to 7 p.m. at Moser's. Interment will follow the memorial at Memorial Cemetery in Fremont. Coffee, conversations, and reconnections following the interment at Moser's Social Room.

Memorials are suggested to be given to the Cedar Bluffs American Legion. 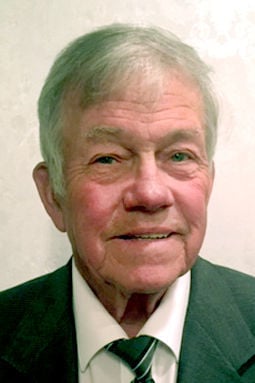 Born in Wahoo, Nebraska, to Ernest and LaVerle (Whidden) Villwok. Lived in the Cedar Bluffs area until 1961 when he joined the Army, spent the next three years in Germany, returning back to Fremont in 1964. Worked for Magnus Metal for four years, then Hormel Foods for 37 years, retiring in 2006. Eldon and his wife Rita own 52nd St. Storage and the former Hound Collectibles for 18 years in Fremont.

Besides his family, his next love was hunting and fishing. His kids nicknamed him the Goose Slayer.

Preceded in death by his parents; brothers, Henry and Ray; sister, Sheila Fritzinger.

The family will announce a date for family and friends to gather and share stories as they celebrate Eldon's life.

Phyllis J. Nielsen, age 87, of Kennard passed away Nov. 12, 2019. A private graveside will be held in the Kennard Cemetery. Visitation will be held Friday, Nov. 15, with family receiving friends from 6 to 8 p.m. at Campbell Aman Funeral Home. 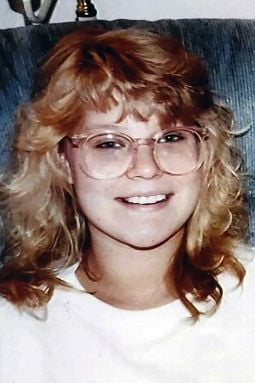 A Celebration of Life will be held at 2 p.m. Thursday, Nov. 14, at Moser Memorial Chapel in Fremont. Memorials may be directed to the family. 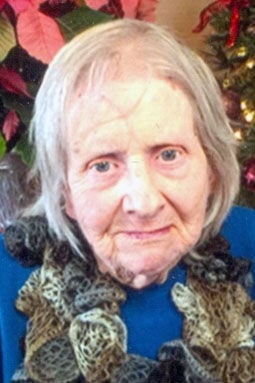 Dorothy was born April 15, 1930, in Nodaway, Iowa, to Ivan and Anna (Lundquist) Hill. She was raised in the area and graduated from Villisca High School in 1948. She married Arnold Hickman and they divorced. She then married Richard Egbers on Dec. 5, 1969, at Elim Lutheran Church in Swaburg.

Dorothy was preceded in death by her husband Richard on Aug. 31, 2011, and three sisters.

She is survived by her son, Tony, of Hooper.

Ludvigsen’s Hooper Funeral Chapel is in charge of arrangements. 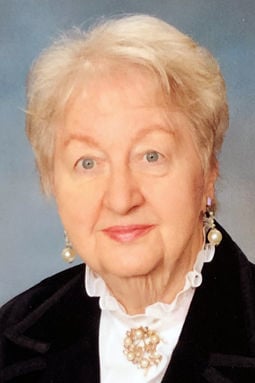 Margaret Mary McGath, age 91, of Fremont, Nebraska, passed away Saturday, Nov. 9, 2019, at Nebraska Medicine in Omaha. Born on Oct. 6, 1928, in Omaha to George B. and Mary R. (McNeill) Sancha. She was a life-long Fremont resident, a 1946 graduate of Fremont High School and received a B.A. and teaching degree from Midland Lutheran College.

Mass of Christian Burial will be 10 a.m. Saturday, Nov. 16, at St. Patrick Catholic Church in Fremont. The Rev. Bill Cremers will officiate. Visitation will be on Friday from 6 -7 p.m. and a Rosary will follow at 7 p.m., all at Moser’s in Fremont.

Burial will be at Calvary Cemetery in Fremont.

Online condolences may be left at: mosermemorialchapels.com.

Graduated from Fremont High in 1962. Entered into the Army in 1965 and was honorably discharged in November 1971. He served in the Vietnam War.

For many years he was an over-the-road truck driver. He retired and went into business with his father and brother forming a computer scrap business, ERM. 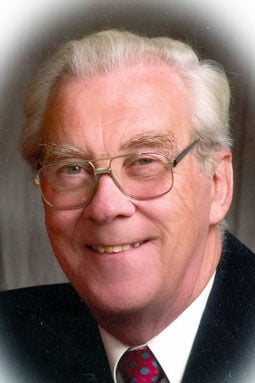 Robert Paul Schneck was born in Buffalo, New York, to Victor and Esther (Schroer) Schneck on Oct. 14, 1936. Robert attended Capital Lutheran Seminary in Columbus, Ohio, and during his pastoral internship, married Eleanor Jean Parde in Beatrice, Nebraska. Over 20 years, Bob served as a Lutheran pastor to Bluffs Trinity in Fremont, Zion Lutheran in Johnson, and Trinity Lutheran in DeWitt. After moving to Fremont in 1983, he was a financial planner and enjoyed helping others learn to save and invest money for retirement. He then developed and operated Super Suds Car Wash for over 20 years. After starting his own student transportation company in college, and then throughout his life, he drove a school bus for Johnson-Brock, Fremont Public Schools and Logan View Public Schools.

Bob was a gifted photographer and painter, painting landscapes from many of his photos, typically the Rocky Mountains and New England, where he and the family often camped. He also constructed beautiful wooden furniture, including numerous grandfather clocks and hutches as gifts.

In 2003, Bob and Jean purchased ground in Fontanelle, where Bob took pride in planting beautiful flower gardens, caring for his trees, and developing hiking trails. He also enjoyed being a beekeeper and harvesting his own honey. Many of his retirement days were spent babysitting his grandkids several days each week. He was the expert mashed potato maker in the family and the cookie dough taster, saying no cookie’s flavor was ever enhanced through the baking process.

He was preceded in death by his wife Jean in February 2018; son Paul in January 1975; his parents; brothers, Donald and Harold; and sister, Norma Kroening.

The funeral will be 10:30 a.m. Wednesday, Nov. 13, at St. Paul’s Lutheran Church, north of Arlington. Burial will follow in St. Paul’s Lutheran Cemetery. Visitation will be Tuesday from 3 p.m. to 8 p.m. with the family present from 5 p.m. to 7 p.m. at the Ludvigsen Mortuary Chapel in Fremont. Memorials are suggested to the church or to Parkinson’s Research at UNMC. 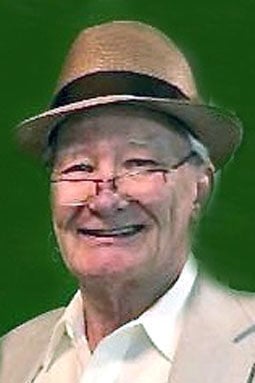 Jack W. Heineman, 71 years, of Fremont, Nebraska, passed away Saturday, Oct. 19, 2019, at Methodist Fremont Health. He was born May 13, 1948, in Pender, Nebraska, to Warren Heineman and Phyllis (Johnson) Christensen.

Jack graduated from Fremont High School in 1966. He married Mary Janecek on July 23, 1966, in Fremont. Jack worked for TG&Y stores in his earlier years and then was hired by Hydro Conduit, traveling to multiple locations, including, Omaha, Chicago, Arkansas, Missouri, Indiana, and Texas. He also did many other accounting jobs.

Jack was preceded in death by his parents and one brother, Mark Heineman.

The memorial service will be 10 a.m. Saturday, Nov. 16, at Moser Memorial Chapel in Fremont. The Rev. Mike Meyer will officiate. A private family burial will take place at Ridge Cemetery.

Memorials may be directed to the family for a charity yet to be determined. 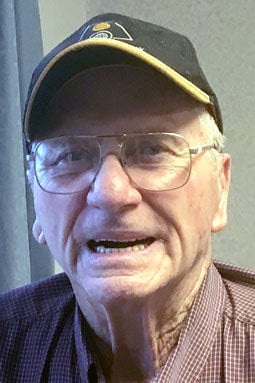 Delmer was born Nov. 8, 1928, on the family farm in Arlington where he lived nearly all of his life, farming the land and later working as an over-the-road truck driver.

He married Eleanor Wolf on Nov. 18, 1967, where they raised two children, hogs, sheep, chicken, and numerous cats and dogs.

He loved old tractors, Mollie B’s Polka Party, and daily trips to Nickerson for coffee with his friends.

He was preceded in death by his mother Lydia; father William; and brother, Bill (Marlen). He is survived by son, Jodel; daughter, Jennifer, and son-in-law, Mike Dammann, all of Omaha; and brother, Dennis of Bennington; loving nieces and nephews; and life-long friends.

Friends and family visitation will be Thursday from 4-7 p.m., with funeral service Friday at 10:30 a.m., all at Reckmeyer-Moser Funeral Home, 232 W. Eagle St., Arlington. Luncheon will follow. Interment at approximately 2 p.m. at Graceland Park Cemetery, 42nd and L streets, Omaha.

He grew up in North Bend and was a 1963 graduate of North Bend High School. He moved to Lincoln and attended Nebraska Wesleyan University and received a Bachelor’s Degree in Business. He owned The Mill Coffee and Tea Shop, which originated on O Street and now is in the Haymarket area in Lincoln and Avant Card (gift store) which closed in 2009.

He was preceded in death by his parents; and brother, Donald Krepel.

A Celebration of Life will be Friday, Nov. 15, at 2 p.m. at the VFW Hall in North Bend. Burial will be at Woodland Cemetery in North Bend. The Rev. Scott Jensen will officiate.

Memorials may be directed to the family for a designation yet to be determined.

How much do you know about Mother's Day?

What time period do you belong in?