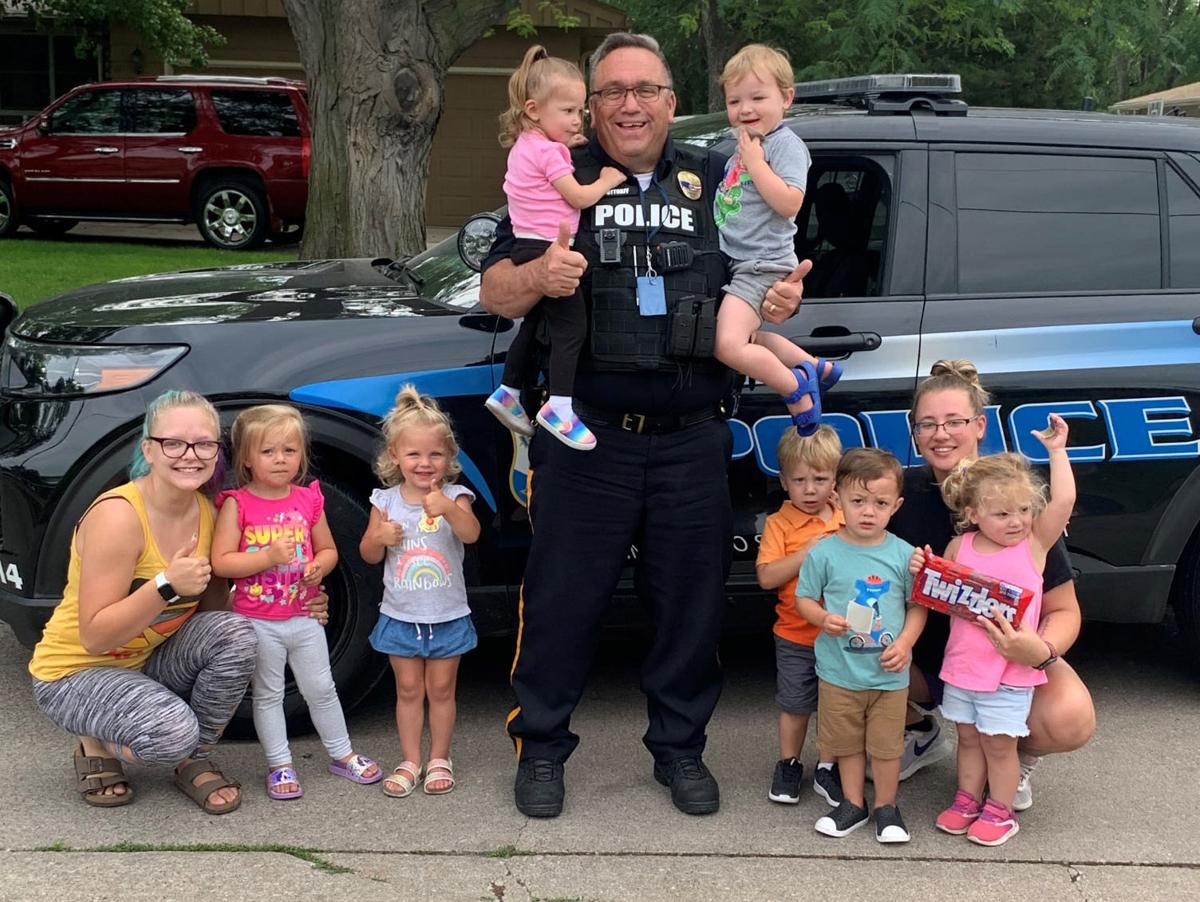 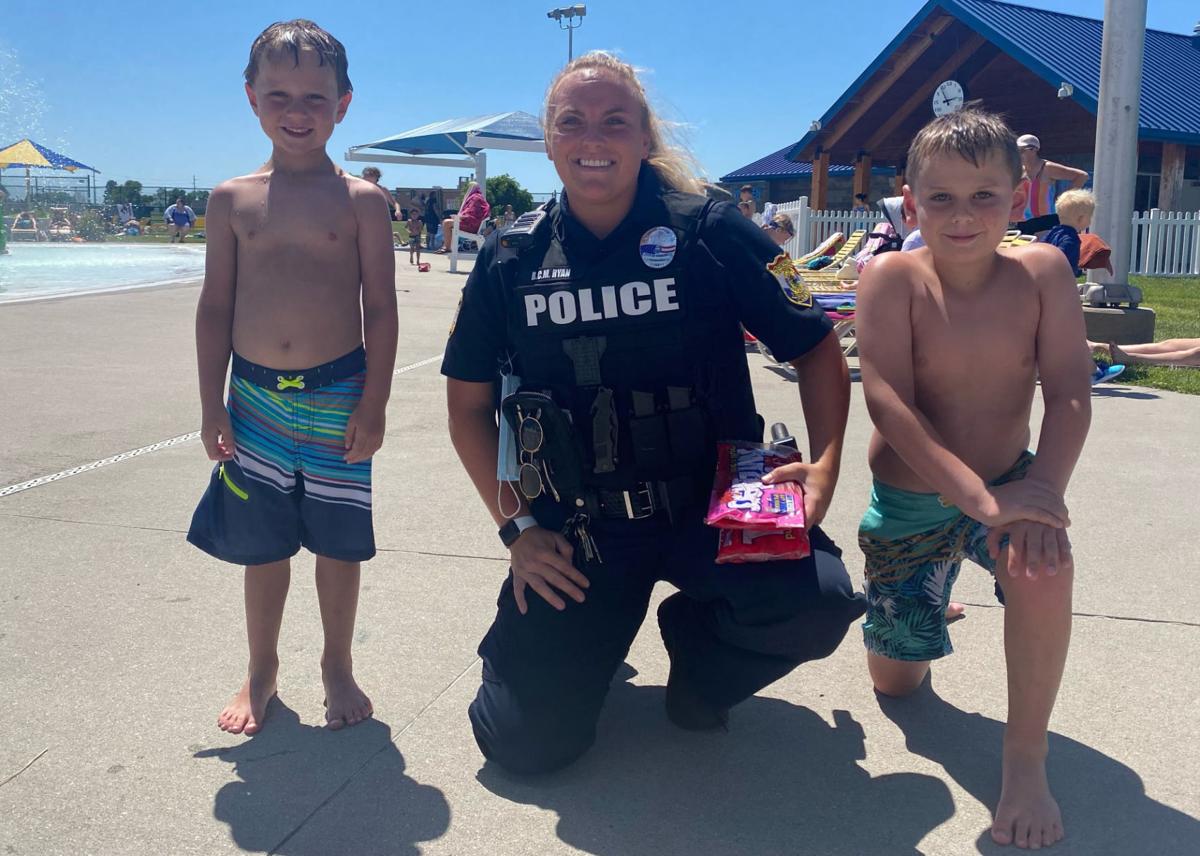 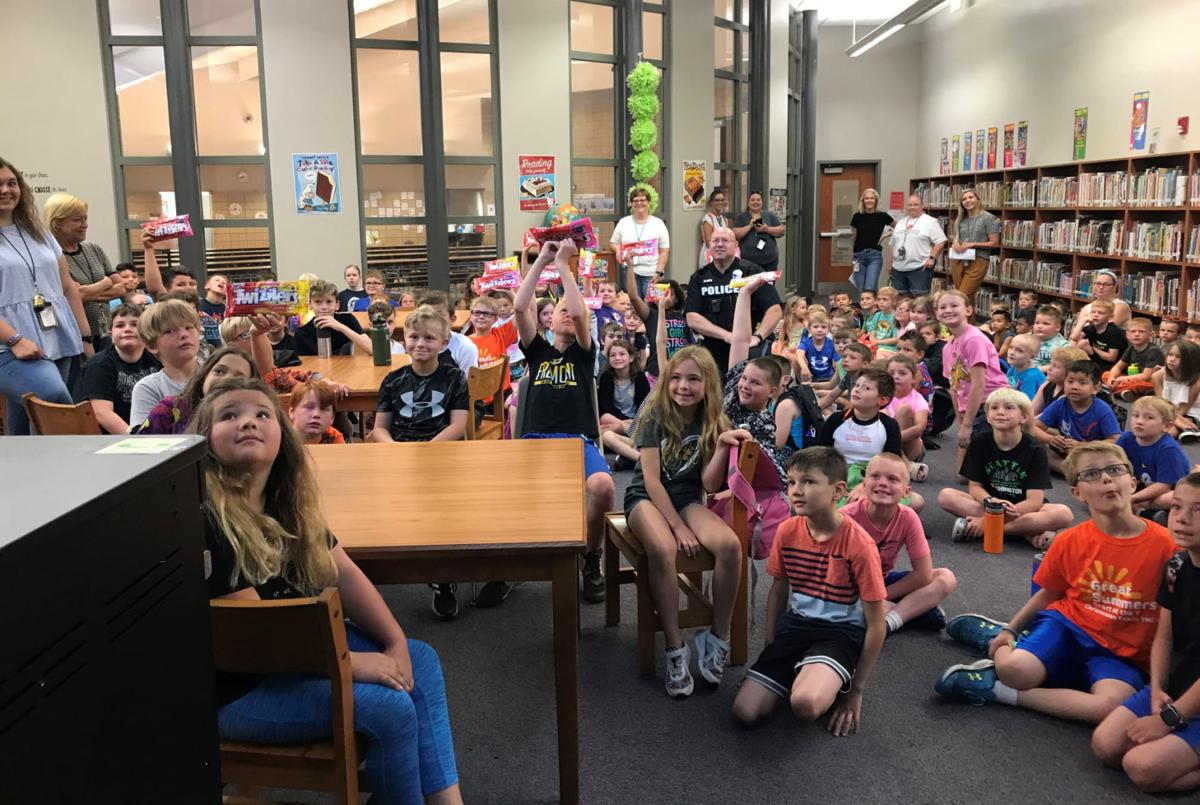 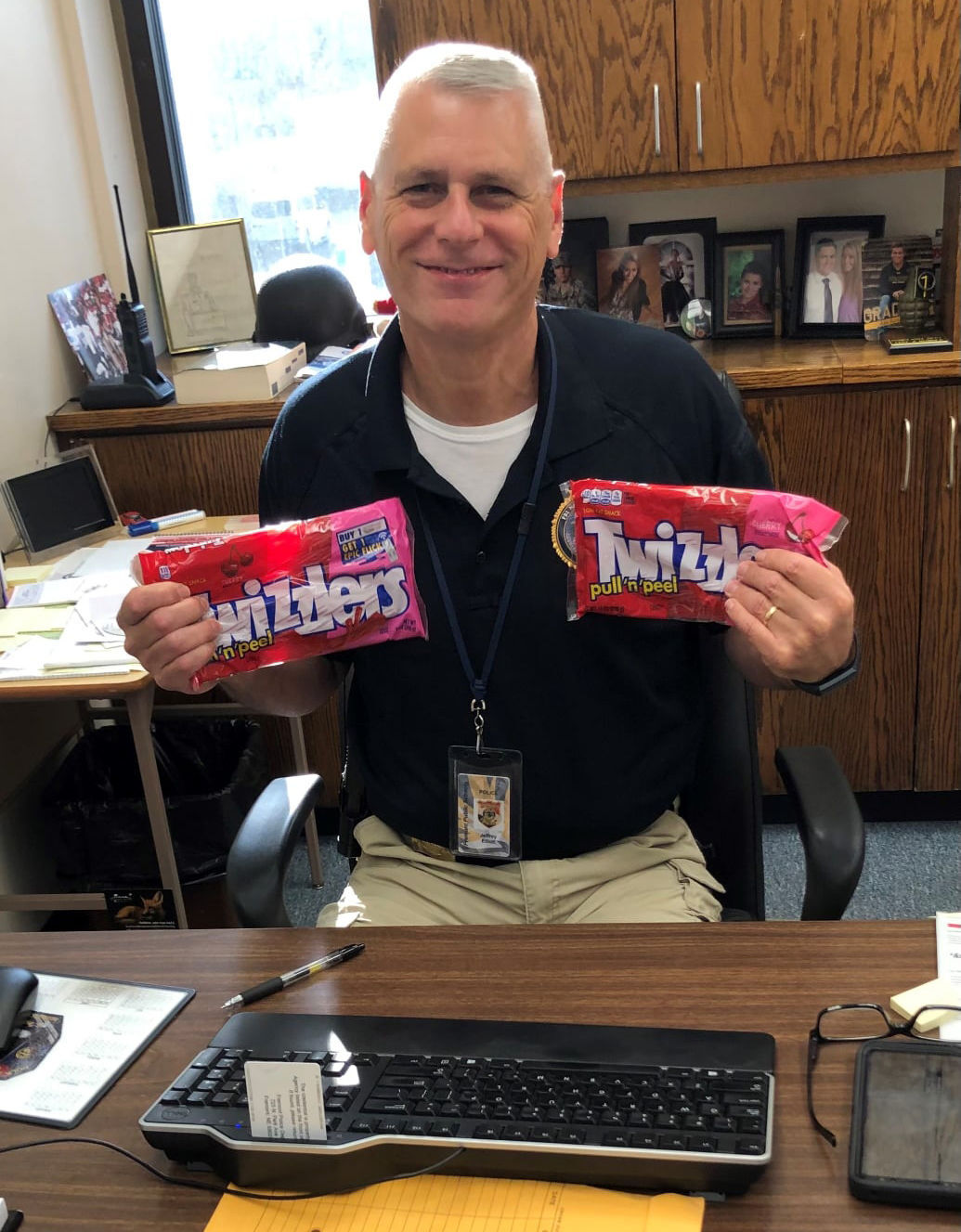 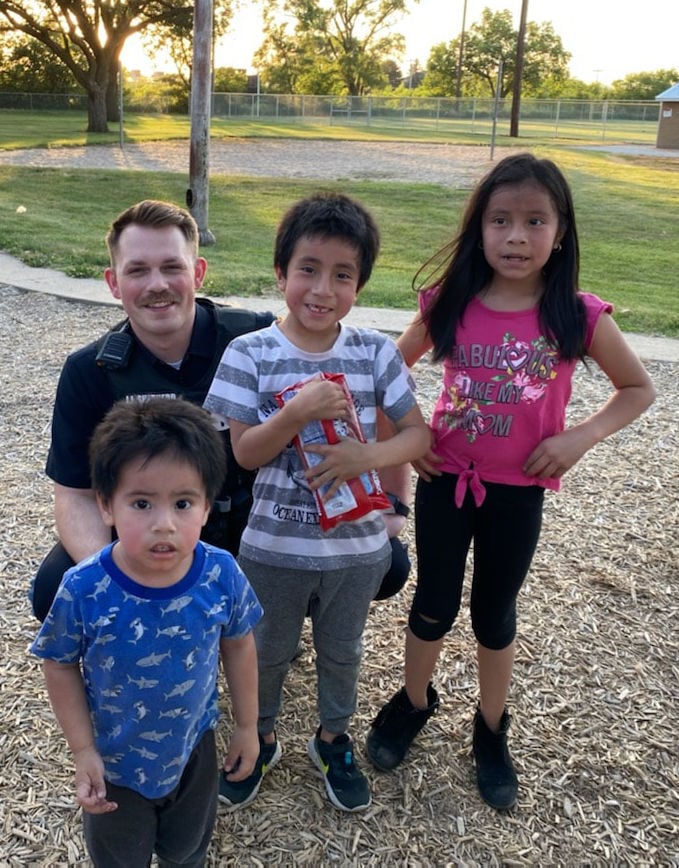 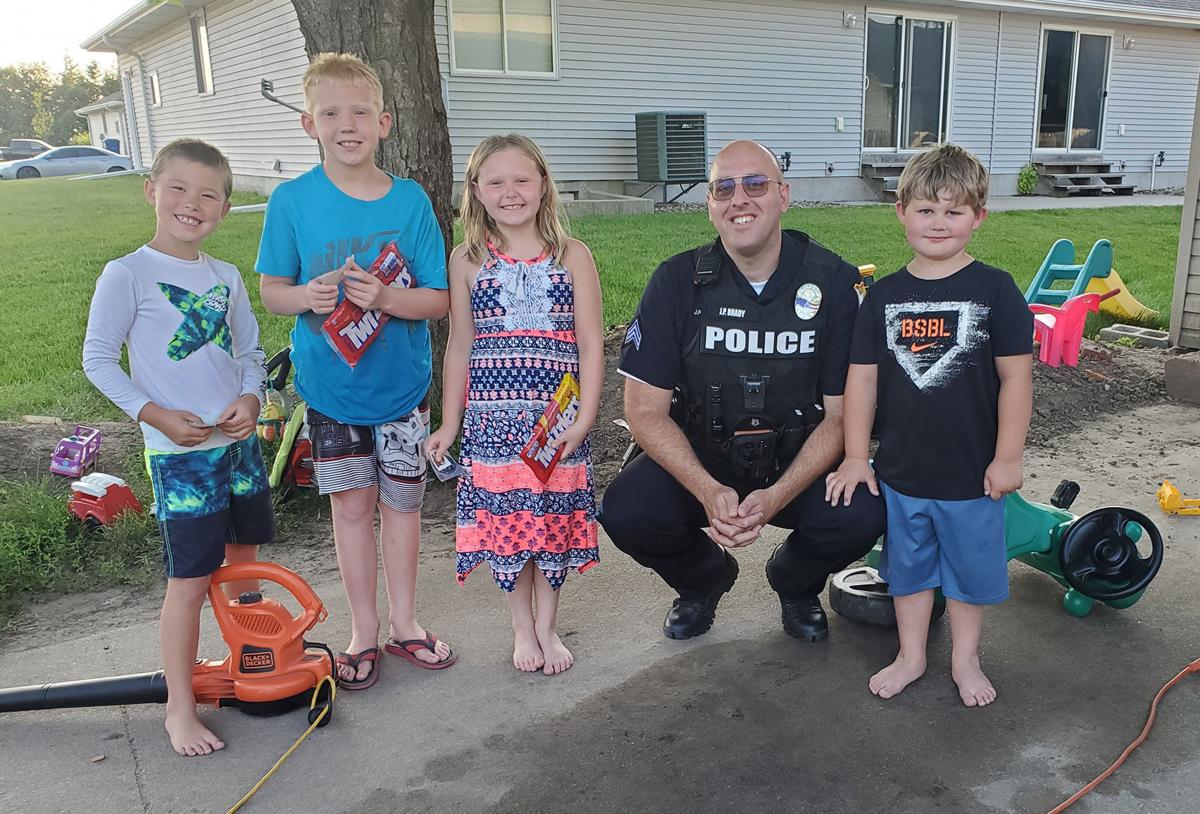 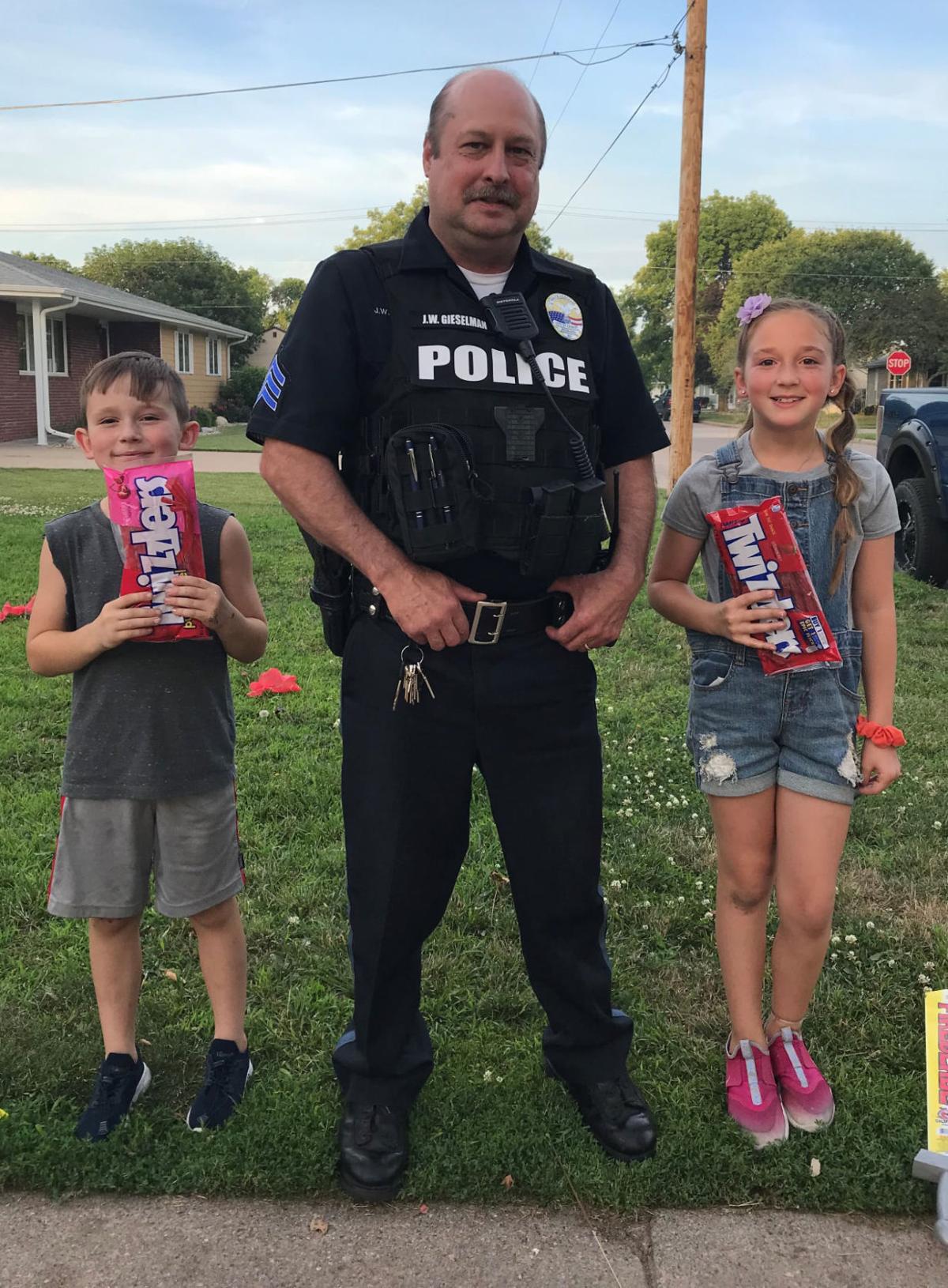 “I had people approaching me off-duty and everything going, ‘Hey, where’s my Twizzlers?’ And I’m like, ‘I don’t have any with me,’” he said. “It really took off with a lot more excitement than what I really anticipated, so it was really successful.”

Throughout the month of June, the Fremont Police Department hosted its “Twizzler Sizzler Summer Fun 2021” program, which had officers handing out licorice to members of the community.

The program started when a representative from Baker’s reached out to Fremont Police Chief Jeff Elliott about a large amount of Twizzlers the grocery store had won in a contest.

“He wanted to share them with our agency to do some positive community reaching for individuals within the community,” Bottorff said. “So I got with him, and they gave us like 300 packages of Twizzlers.”

After storing the packages in his office, Bottorff said he came up with an idea to distribute the candy.

“Last year, everybody was so bottled up because of COVID and so many people were kind of confined to a given area that I kind of wanted to just spell out some fun for this summer,” he said. “And the Twizzlers were a great example, because it wasn’t necessarily just for little kids.”

When officers weren’t responding to calls and had an opportunity, Bottorff said they stopped by public areas and drive-thru lines to hand some candy to members of the public.

“Especially with the little kids, they just love to see a cruiser, they love to see a police officer, and then the licorice was just icing on the cake,” he said. “I mean, it was just a great moment, a great memory to have.”

Public response to the program was “overwhelming,” Bottorff said, and packages went quickly as officers were excited to hand the candy out.

“I cannot thank the officers enough and the supervisors enough on the patrol division,” he said. “They embraced it, they went after it and they really made the program pretty successful.”

Bottorff said he was thankful for Baker’s donation, as well as the community’s support of the department.

“People are constantly dropping off items of support, whether it’s treats, snacks, everything,” he said. “And we’re just blessed, so this was our way of kind of giving back a little bit, too.”

There will be tunes aplenty.

The 18th annual Jim Ebers Golf Classic is preparing to the fairways at the Fremont Golf Club next week.

Calendar of events for July 9-11

The Nebraska State Patrol (NSP) has launched a new incentive program, designed to increase the number of bilingual troopers and investigators …

The Scouting program in Fremont is looking for new members.

Updates needed for this year's Key to Fremont publication

It's time to submit updated information about your club or organization for this year's Key to Fremont edition.