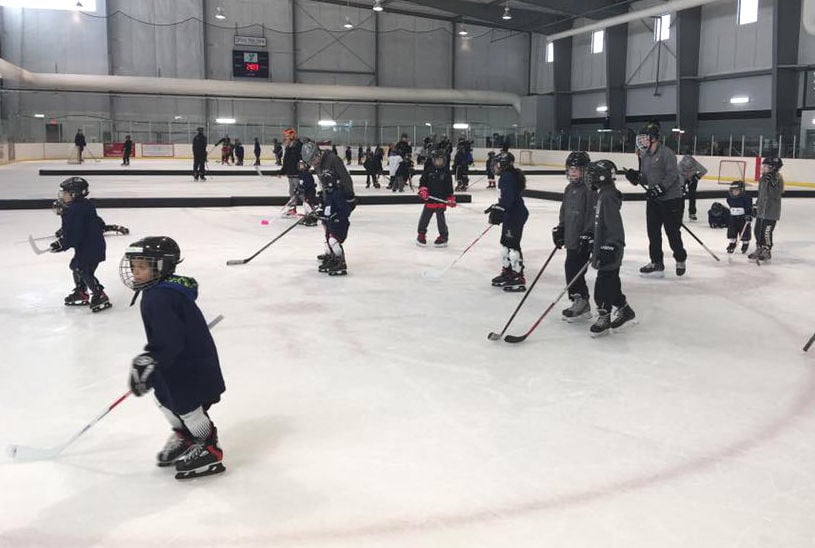 Children skate during a intro to hockey class at the Fremont Family YMCA. The deadline for the January-February session is Friday, Jan. 3. 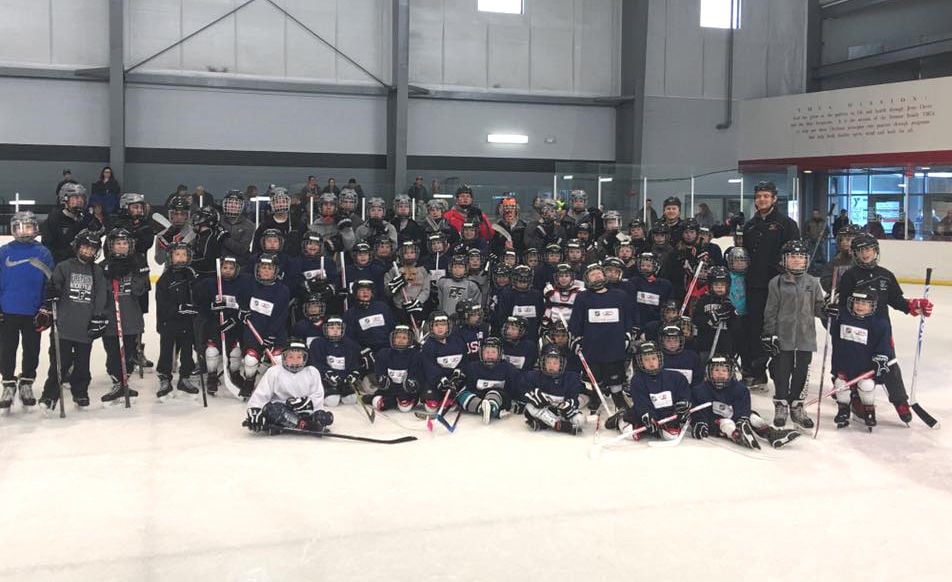 Children in a intro to hockey class pose at the Fremont Family YMCA. The deadline for the January-February session is Friday, Jan. 3.

Whether it’s hitting a puck into a net or just taking to the ice, children in the Fremont area can get a chance to get their skate on at the Fremont Family YMCA.

The YMCA offers multiple intro to skating and intro to hockey classes for children 12 and younger throughout the year. The deadline for the January-February session is Friday, Jan 3.

Garrett Poland, hockey director at the YMCA, has been involved in hockey his entire life and has coached for about eight years. He said the intro to hockey class starts off with getting the kids equipment like helmets, jerseys and skates.

“What we’ve seen in Fremont and hockey communities throughout the state is it’s an expensive sport and it’s hard to get kids started because that initial expense of all the equipment is a high expense,” he said. “So what we do is we offer, the first week of our intro to hockey class is just a gear-fitting session.”

The equipment is provided by USA Hockey, whose “Try Hockey for Free” initiative will take place at the YMCA on Feb. 22. The more kids who take part, the more equipment USA Hockey sends to the YMCA, Poland said.

Poland said the intro to hockey class is divided in two, with one group comprised of kids who aren’t as used to the sport.

“And then we have a second group which is on the other end of the ice and they have a different instructor and they work on a lot more skilled work and more skill development that you would kind of get with our hockey program,” he said. “So there’s levels and steps that they can take within the intro to hockey as well.”

Children can get five on-ice sessions with multiple coaches through the intro to hockey class. Along with the YMCA’s youth hockey coaches, instructors include Poland, Angie Wyle and members of the Midland women’s hockey team.

According to Poland, the ratio of instructors to kids is around 1-to-1 or 1-to-2.

“So it’s a really good opportunity for the kids to get that one-on-one attention and really learn how to skate,” he said. “And we’ve seen this program be a smashing success with just how cheap it is and how many kids want to get involved.”

After teaching the kids the basics of balance and coordination with skating, Poland said the class introduces tennis balls and lighter-weight pucks during the third or fourth class.

“So we’ll teach them the fundamentals of how to pass and shoot and push that puck on the ice,” he said. “But honestly, the biggest thing is, is we do push some fundamentals of skating and how to hold your stick and the tiniest, tiniest things.”

The intro to skating class is similar to the hockey class, but instead focuses on the basics of the skating stride, Poland said.

“We don’t get pucks out, we don’t teach them how to use a hockey stick,” he said. “So we have a lot of the kids that are doing our intro to hockey that want to become better skaters, and they also do the intro to skating.”

While the skating class maxes out at around 25 kids, the hockey class can have up to around 40, Poland said.

During the classes, Poland said he makes sure to let the students have fun. For example, he said he let one student bring a Nerf gun out on the ice at the end of the session.

“And that was the best time for him because he got to skate around with his Nerf gun,” Poland said. “So it’s just, more than anything, teaching the kids to have some fun and that the ice culture is a fun culture and just getting them on the ice.”

If children have an interest in the sport and want to continue past the sessions, Poland said they can join the Fremont Flyers hockey program, which is open from ages 6 to 18.

With so many children going through the program, Poland said he’s seen them develop more confidence as the weeks go by. Although they start off falling multiple times, they keep getting back up, he said.

“Some of them by the fourth or fifth week, they’re already in the other group and they have such immense confidence and they’re skating around and they’re showing other kids how to do it,” Poland said. “So I think for me, the biggest takeaway is just seeing how some of the kids develop.”

The Fremont City Council discussed the sale of land owned by the city to Del Peterson and Associates, a local farm equipment auction company, …

Lots of people turned out on Laura England-Biggs’ birthday.

Lunch menus for the week of Jan. 6

Air Comfort Heating and Cooling is hoping to make this winter a little bit better for families in Columbus and Fremont.

The Fremont Area Art Association will offer a “This is for the Birds” art class for kids from 1-3 p.m. Jan. 18.

The American Red Cross will be having a blood drive from 9 a.m. to 3 p.m. Tuesday at Methodist Fremont Health’s Health Park Plaza.

A space heater that had fallen over caused fire damage to a bedroom in a Fremont house Thursday night.

One suspect hospitalized, another missing after Fremont vehicle theft

A suspect has been hospitalized and another has gone missing after stealing a vehicle in south Fremont early Friday morning.

Although the holidays are coming to an end, Fremont residents have a way to safely dispose of their Christmas trees.

Children skate during a intro to hockey class at the Fremont Family YMCA. The deadline for the January-February session is Friday, Jan. 3.

Children in a intro to hockey class pose at the Fremont Family YMCA. The deadline for the January-February session is Friday, Jan. 3.