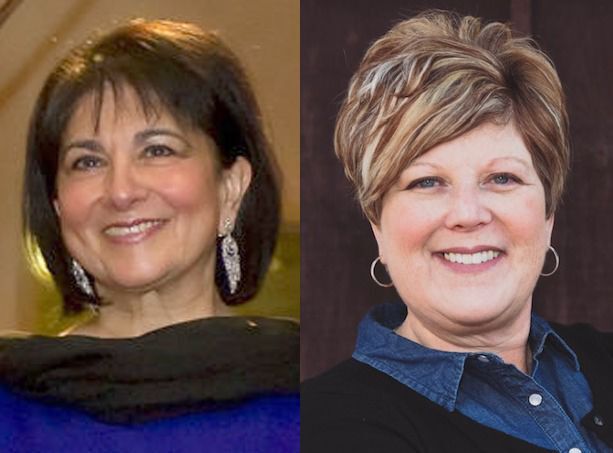 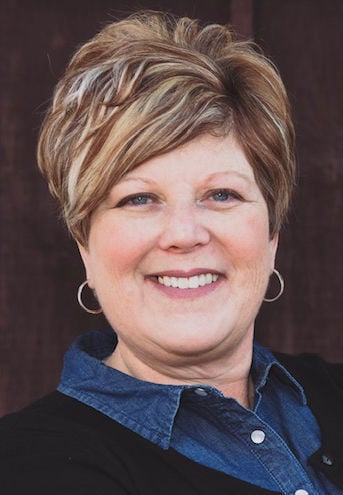 Ganem took a majority of the votes, receiving 55% of the 1,841 total votes between the five candidates. Larsen took second with 318 of the votes cast.

The Ward 4 seat was previously occupied by Councilmember Matt Bechtel, who was elected in 2016 at age 22. He announced last December that he would not be running in 2020.

Ganem previously worked with the Fremont Public Schools for more than 20 years, having had the position of principal at Howard Elementary School. She served as Nebraska’s First Lady from 2005 to 2015 when her husband, Dave Heineman, was Nebraska’s governor.

Additionally, Ganem has been a board member for Big Brothers/Big Sisters, Low Income Ministries, now LifeHouse, and is currently on the Uniquely Yours Stability Support board of directors.

“I have a vested interest in making sure Fremont continues to be a good community to raise a family and to work and have jobs and have opportunities,” she said. “So I certainly want to maintain that and make it even better.”

With children and grandchildren in Fremont, Ganem said she wanted to run to ensure a better future for them.

“Fremont is a wonderful place to live, and that’s one of the reasons I chose to run for the city council, because I would like to continue making it an even better community and place to live, work and play for our future generations,” she said.

As an educator, Ganem said she wanted to see the expansion project for the Keene Memorial Library move forward, as she said its services are essential to Fremont.

“They continue to try to support our community, so I certainly support our public library, and I believe it’s important that the library director work with the mayor and the city council on issues of importance,” she said. “And I know our city has never denied the library, so it’s pretty good that we support that particular area.”

With the proposed Joint Law Enforcement Center, Ganem said she’s glad the issue is on the ballot and that the public will be able to have a say with the new building, which she said is important in showing support to law enforcement.

“Law enforcement is pretty darn important to maintain our laws, and every organization and group can always improve and have additional training,” she said. “But since it will require a bond issue, the people of Fremont should have the opportunity to vote on it, and they will.”

As the COVID-19 pandemic impacts local businesses, Ganem said she was critical of property taxes increasing by 37%, which she called a “double whammy.”

“And during the time of COVID, with them having to be closed and not getting income, but still having to pay mortgages and rent, that compounded that and made it much more difficult,” she said. “And with the increase in property taxes, the assessed valuations that the state did, they just increased dramatically.”

Ganem said like schools, the city needs to make prioritizations in how it spends money with the pandemic.

“We need to lower the levy for people to help them that way,” she said. “It’s prioritizing what’s most important and then making sure you fund those most important items first.”

The council has also been dealing with the Dodge County Humane Society’s contract, which Ganem said has exacerbated the distrust the community already has in the council.

“It’s the city council’s responsibility and obligation to make a decision, and that decision is to continue to contract or not, in my opinion,” she said. “And the city council did pass at least a letter of intent that was to be written, but we need to make the decision to continue or to discontinue that contract.”

Ganem said although the council has no control over the shelter, it must either comply with the contract or have it open up.

“Other groups could apply to be animal control for Fremont,” she said. “It’s going to be interesting to see which way that goes, but I just feel if they’re not meeting the contract obligations, then you sever your relationship and open it up after the legal processes are followed.”

With that distrust toward the council, Ganem said she believes that is not only due to a lack of cooperation, but a lack of communication, as the agendas are anywhere for 30 to 70 items.

“They get it on Friday afternoon, and Tuesday they are to be ready, and so it’s very difficult to ask director heads about those issues sometimes,” she said. “And so all the discussion and all the questions come up at the city council meetings, so that compounds the difficulty in running those meetings effectively and smoothly and having some camaraderie.”

With changes coming to the city government, Ganem said she wants to work for the betterment of the entire city and continue to give it a stronger sense of community.

“I certainly hope I can become a good team player with city council and with leadership, and I believe in becoming a team player,” she said. “Decisions aren’t always what you want or in the direction you want, but once decisions are made, you go forward with that, and hopefully, I can bring some camaraderie with that.”

Larsen works at KHUB/KFMT Walnut Radio and has previously worked for the Fremont Area Chamber of Commerce. She has received a bachelor’s degree in interdisciplinary studies with a specialization in conflict mediation.

With three children in Fremont, Larsen said she knew she wanted to run for the Ward 4 seat this year.

“As my children are growing, I’ve become concerned about the way city council has been going,” she said. “If you want to say anything, you should be willing to step up, so I decided to step up.”

During a tour of the Fremont Police Department with Leadership Fremont a few years ago, Larsen said Lt. Shane Wimer leaned against a counter, causing a door to fall off.

“And I thought, ‘This is ridiculous. I cannot believe that we have let this go and that it’s in the shape that it’s in and it’s not very safe for them,’” she said. “So why are we not taking care of the people that we want to take care of us?”

Larsen also said she was in support of the library expansion project, even if people don’t think that libraries are utilized much anymore.

“For a lot of people, it’s their internet lifeline,” she said. “My kids love to go to the library and just sit and read and go through all the books, and it’s a great place to meet people, people have meetings there, so I’d really like to see the library get taken off.”

With the Fremont Municipal Airport project, Larsen again said even if people don’t believe the airport is utilized much, it still has an impact on the city.

“I do know growth has to happen, and I do know that that is something that larger companies will look at to get their planes in and out,” she said. “And then of course during the flood, that was our lifeline, so I think that is another project that is just another sign of a healthy community.”

Larsen said with the Dodge County Humane Society issue being an emotional source of contention, she appreciated the people who stepped up to talk at council meetings.

“I would say where there’s smoke, there’s fire, and there’s been a lot of smoke around this issue for quite some time, so I do think it warranted investigation,” she said.

As someone who watched the meetings, Larsen said she felt like both the citizen advisory board and the council were divided, making it unclear as to what the outcome was.

“I think that it maybe wasn’t set up completely at the beginning, so it would say, ‘If you found breaches in the contract, we would do A, B and C. If you didn’t find breaches in the contract, A, B and C would happen,’” she said. “So I feel like perhaps because there wasn’t a clear ending or a clear solution to it at the end of whatever the answer was that they found, it left people wondering what was going on on both sides.”

Having worked with the chamber of commerce, Larsen said she knows the importance of small businesses, and with COVID-19, she wants to get the word out about shopping local to help.

“Some businesses are struggling, some are doing OK, but we just need to make sure that we’re all looking out for one another and we’re keeping our money here in Fremont when we can,” she said.

Larsen said she believes subcommittees can help the council in discussing items before meetings. With the council itself, she said she feels paranoia has taken over some of the councilmembers.

“We can agree to disagree, but let’s find some common ground first, let’s not just attack, let’s not just stir the pot,” she said. “Let’s look at ourselves as a team and how we can move forward collectively as a team instead of, ‘Whatever you just said has to be wrong because I think differently than that.’”

If elected, Larsen said she believes she would be level-headed in her decision-making and in working with other councilmembers, who she said all just want what they believe is best for Fremont.

“I also know how to collaborate and communicate, and I would hope with my common-sense problem-solving and my background in conflict mediation, I could help maybe bring the gap together, bring the council together,” she said.

Having lived in various places across the United States, Larsen said she wants people to take a step back and look at Fremont’s good instead of criticizing the community.

“The things we’ve come through, the flood, the pandemic, we’ve all pulled together,” she said. “And I think if people would just take a step back and get rid of their anger, they would see that Fremont is a gem and Fremont is a really great place to be.”

Professional financial advisers can learn more about donor advised funds at a seminar this month.

Dev Sookram will go against incumbent Susan Jacobus for the Ward 2 seat of the Fremont City Council during Election Day on Nov. 3.

Life has gone on for many despite the looming reminder of the COVID-19 pandemic.

Residents of Winslow were told they could either stay, leave or relocate the village entirely in the aftermath of last year’s flooding at a me… 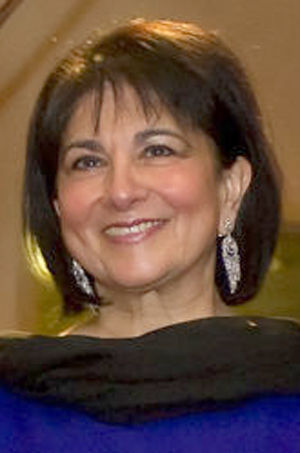