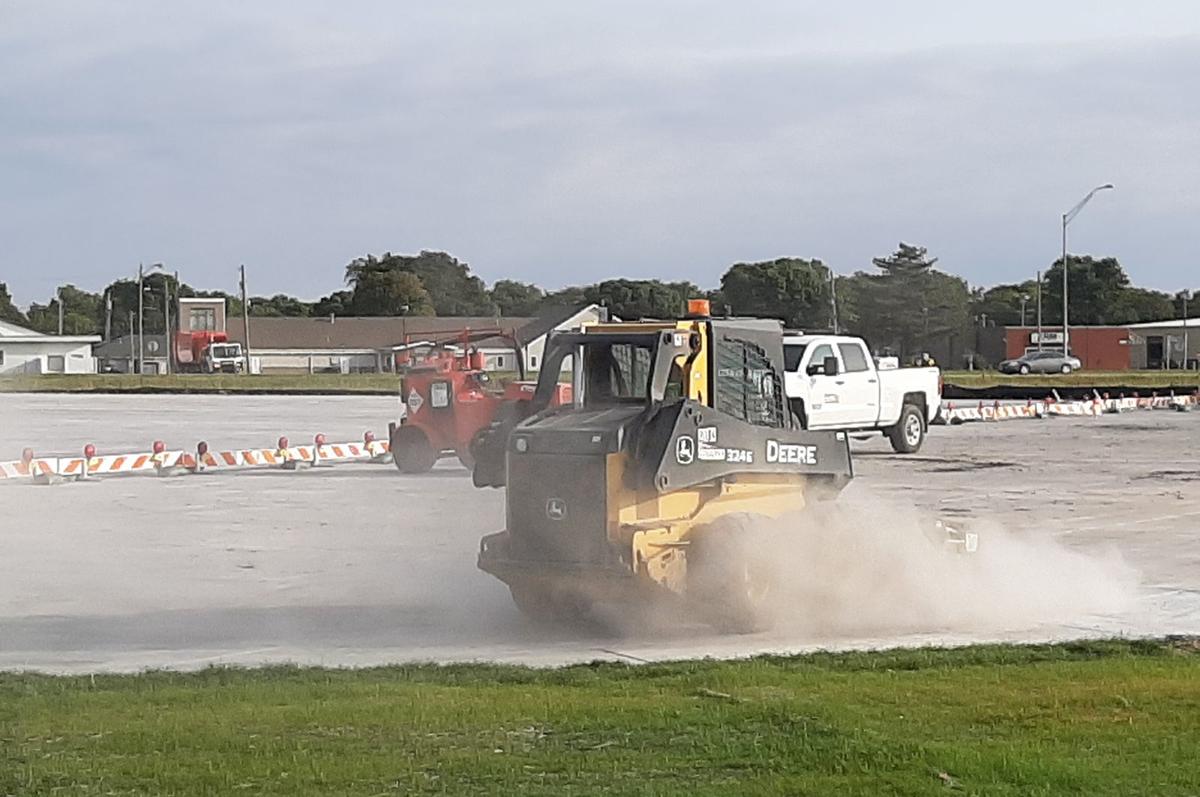 Work on a new aircraft parking apron is shown taking place earlier this year at Fremont Municipal Airport. The work has been completed. 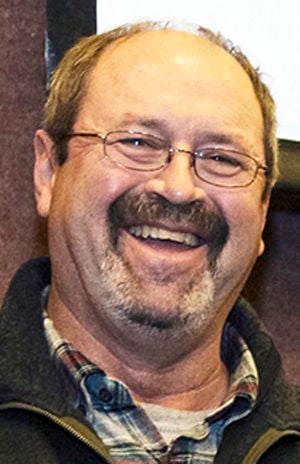 Members of the airport advisory committee met Friday and learned about progress being made along with plans to hire a consultant for future airfield projects.

Dave Goedeken, director of public works for the City of Fremont, said work on the new terminal has begun.

Some underground water and sewer work has been done. He planned to meet Friday with the Fremont Department of Utilities regarding electrical work.

Fremont City Council previously awarded the construction contract for the new terminal to the Omaha-based Ronco Construction for $1.667 million. The $1.7 million project will be constructed entirely through local funding.

Goedeken mentioned the current shortage of building supplies. However, he said the contractor ordered the building supplies far enough ahead of time so that it’s within the construction schedule to receive them.

Plans are to have the terminal complete by the start of 2022.

“Hopefully in January or February, we’ll be moving over there,” Goedeken said.

Data from a report by the engineering consultant Burns & McDonnell states that the current terminal was built in 1962. The facility needs new heating and air conditioning systems and other upgrades.

It lacks Americans with Disabilities (ADA)-complaint access and amenities. Goedeken told the Fremont Tribune that the current terminal will not be torn down, but will be repurposed.

Goedeken previously has said the new terminal, which will be situated west of the current one, will be closer to the runway. That location would let staff in the terminal better monitor the runway and be able to see incoming planes.

He said the Nebraska Department of Transportation requested that the city look at airport projects planned for the next five years and hire a consultant on an as-needed basis for those projects.

Those projects are: extending Taxiway A to the end of the runway; improving the apron area and another taxiway; airfield preservation and rehabilitation; and construction of a future aircraft hangar.

Work would include striping the pavement, tarring of joints and repairs on the taxiways and runway.

The committee hasn’t made its recommendation, but Goedeken said he’d send board members an email telling whom was selected.

He explained why a consultant is being selected.

“There are some opportunities for some federal funds for some of these projects due to the COVID relief bills that are out there, the infrastructure bills with the federal government, so we’re hoping to capture some of those dollars,” Goedeken said.

To do that, the city must go through the Federal Aviation Administration process of advertising, receiving proposals, doing the interviews, making a recommendation to the FAA about who’s been chosen and get Fremont City Council approval before moving forward, he said.

“What exactly is the consultant doing in this five-year process?” Randall said.

Goedeken said selecting a consultant now would eliminate the need for going through the process of choosing one for each of the projects. He said the consultant would provide assistance with the FAA, design work and construction management.

He said there are many processes and requirements when dealing with state and federal authorities. For instance, there were very specific requirements regarding the soil under the new aircraft parking apron.

“Since the FAA has money in the game, they have to approve everything,” Goedeken said. “So knowing how to deal with the FAA is extremely important in this regard.”

Robert Steenblock, committee chairman, said the consultants specialize in airports and usually have good connections with the FAA. If there are funds the city/airport can get, the consultants can help them receive it.

Construction on the project, which is 80 percent funded through the FAA and 20 percent by the City of Fremont, began in the spring of 2020.

Jennifer Weiss-Assman, committee member, asked if the $48,000 in savings was federal, state or city money.

In other business, Goedeken said repairs to the Taylor & Martin hangar roof are complete.

Jim Kjeldgaard, fixed base operator at the airport, told about weeds the city needs to spray and a taxiway on which a stripe needs to be repainted.

Some concrete on the edge of the runway has buckled due to the heat. Goedeken said it will be repaired.

The airport advisory council meets at 8:15 a.m. the third Friday of each month in the airport terminal. Meetings are open to the public.

Elliot Kriutzfield initially resisted the thought of having a double lung transplant.

Find out more about the area events and meetings planned for June 22-24.

What do we know about the Omicron variant?

Work on a new aircraft parking apron is shown taking place earlier this year at Fremont Municipal Airport. The work has been completed.