Glass, 46, was not at a Dodge County Board of Supervisors meeting Wednesday morning, but Chairman Bob Missel read a letter from Glass written to the board as an emergency item during the meeting.

"I intend to use my last few days in office to wrap up office affairs and to assist in easing the transition process," stated the letter, signed Wednesday. "I am most certain that attorneys and staff members remaining in the office will keep it up and running as smoothly and as efficiently as possible." 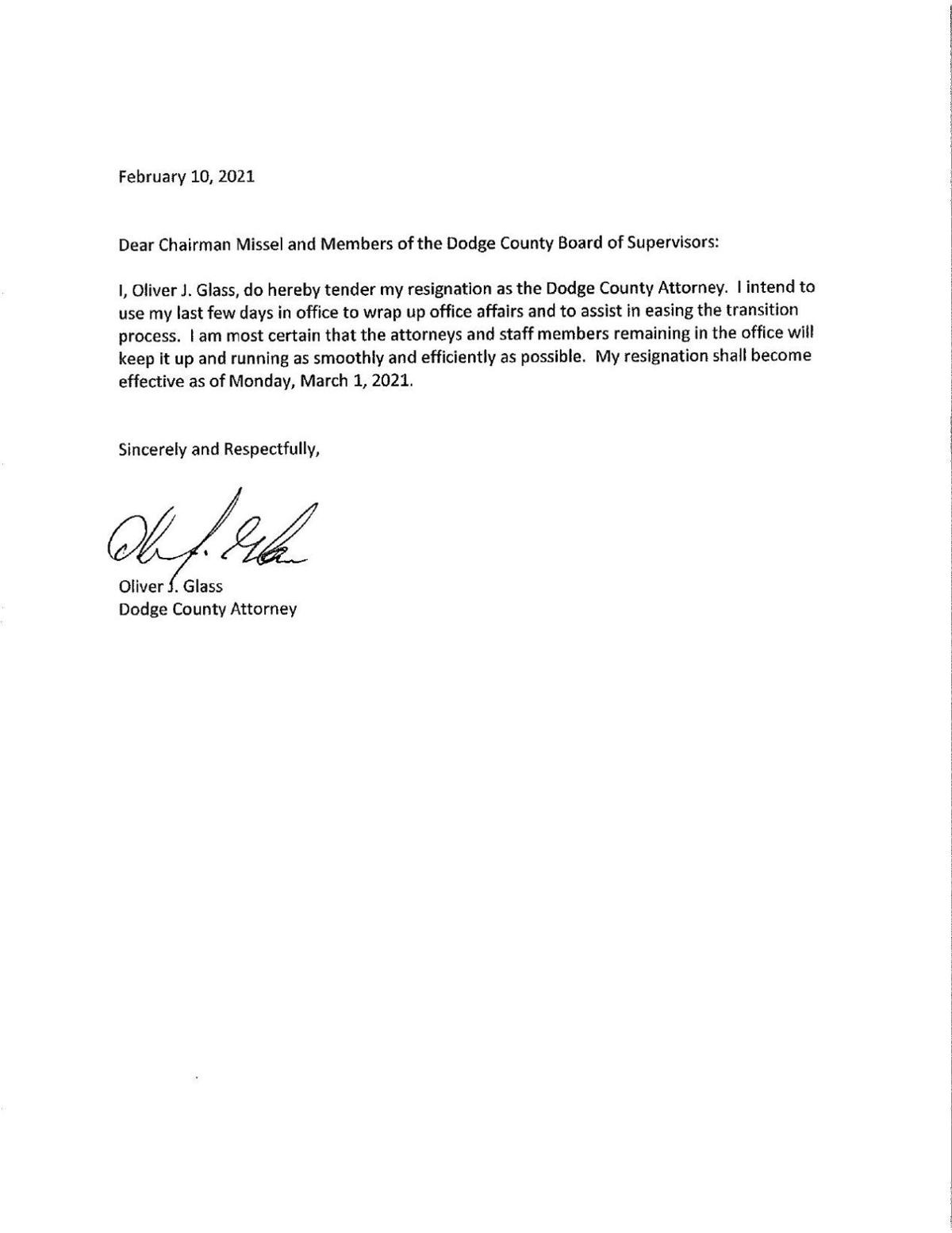 The board approved the resignation, 6-1, with Supervisor Greg Beam voting against after asking if it was possible. Beam declined to comment on his vote.

Missel said the duty would fall on the board to appoint a new county attorney.

"I respect his decision to resign at this time," Missel told the Fremont Tribune. "I would also say that in his time in office, he did a lot of good for a lot of people, and I just hope that the community supports him in this time."

The department received a report of a possible impaired driver, as Glass was slowly driving in the wrong lane and on the curb of the road, according to a report.

Glass had difficulty finding his vehicle information and spoke in a "slow and calculated" manner. A breath test registered Glass’s blood-alcohol content at .142, above the legal limit of .08.

However, Glass was arrested for drinking alcohol while on probation on Jan. 28. According to a police report, Glass had arrived to pick up his two children, who noticed he was intoxicated.

Additionally, Glass was also accused by Fremont man Nathan Schany in May 2020 for harassing him with threatening and mocking text messages for dating his estranged wife, resulting in his hospitalization to a psychiatric ward.

According to the Omaha World-Herald, Glass is also under investigation for leaving his pickup truck without notifying authorities after running it off the road during a snowstorm in December 2020.

The Friends of Keene Memorial Library will not host its annual book sale in the spring.

The Dodge County Board of Supervisors will soon start the process to fill the county attorney position, which will become vacant March 1.

From new kitchen cabinets to a place to store them, the Fremont Area Habitat for Humanity is getting lots of love from the community.