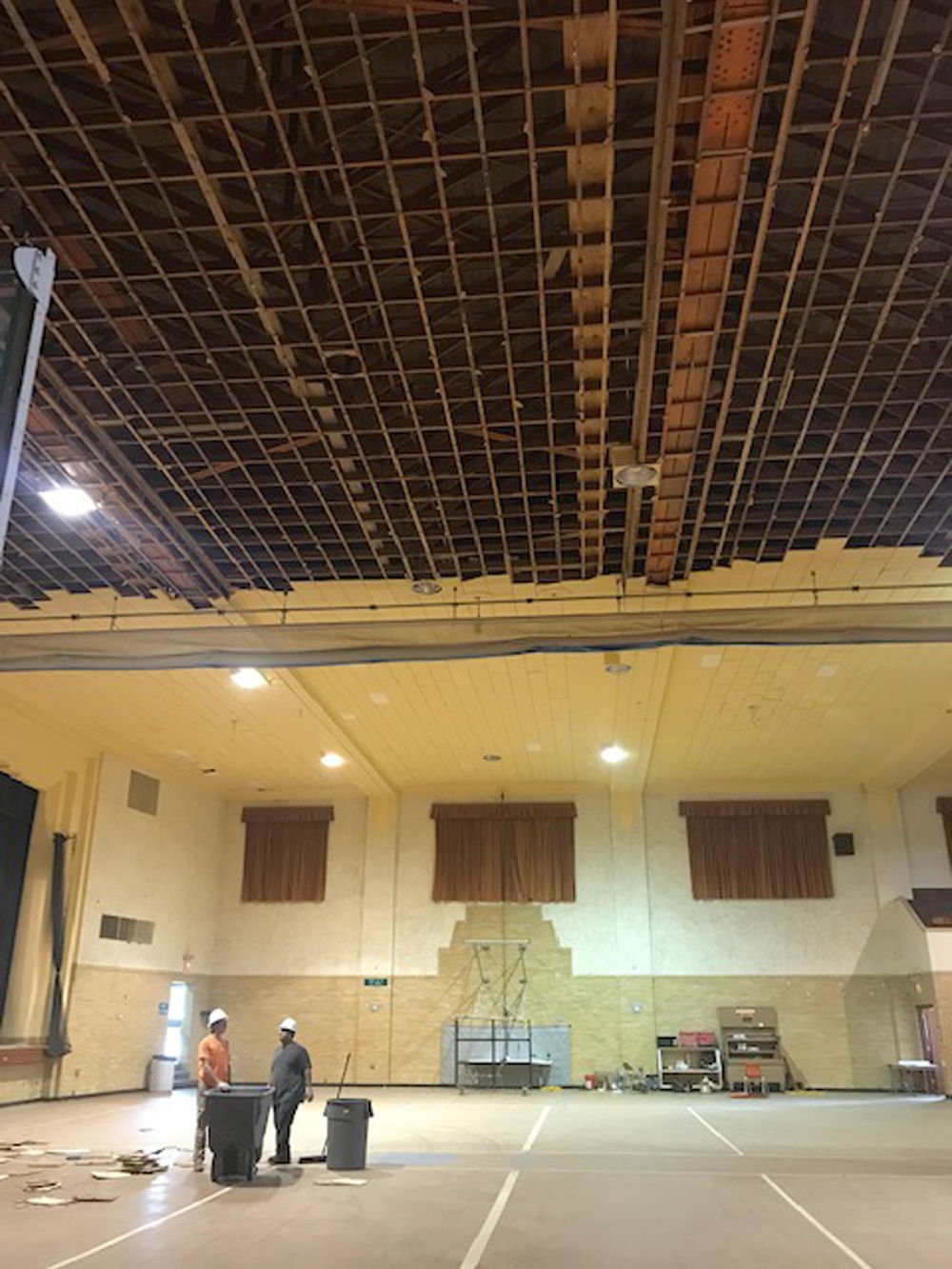 Work continues in the gym at Fremont City Auditorium. 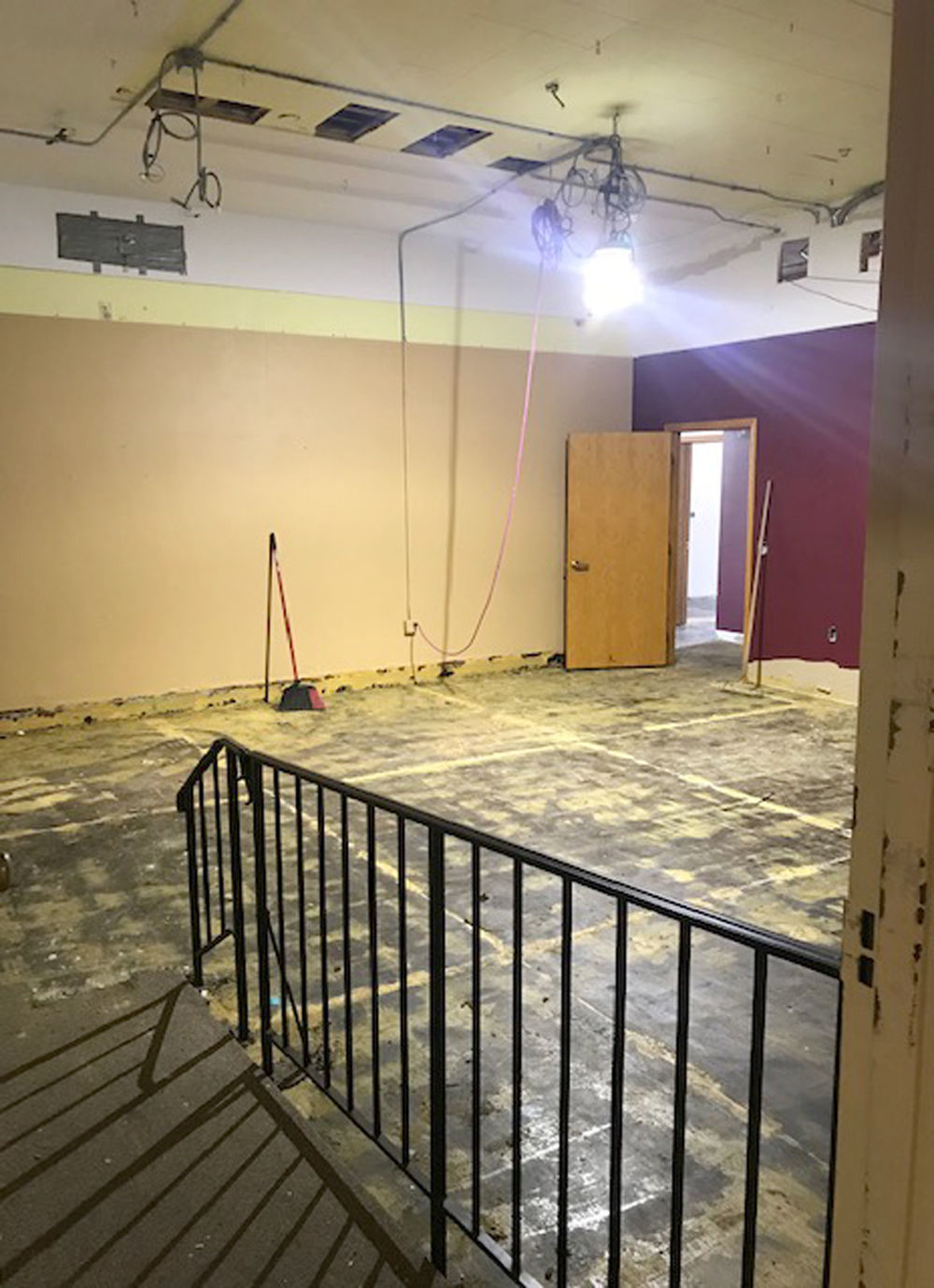 This former meeting room will be turned into restrooms as part of the renovation of Fremont City Auditorium. 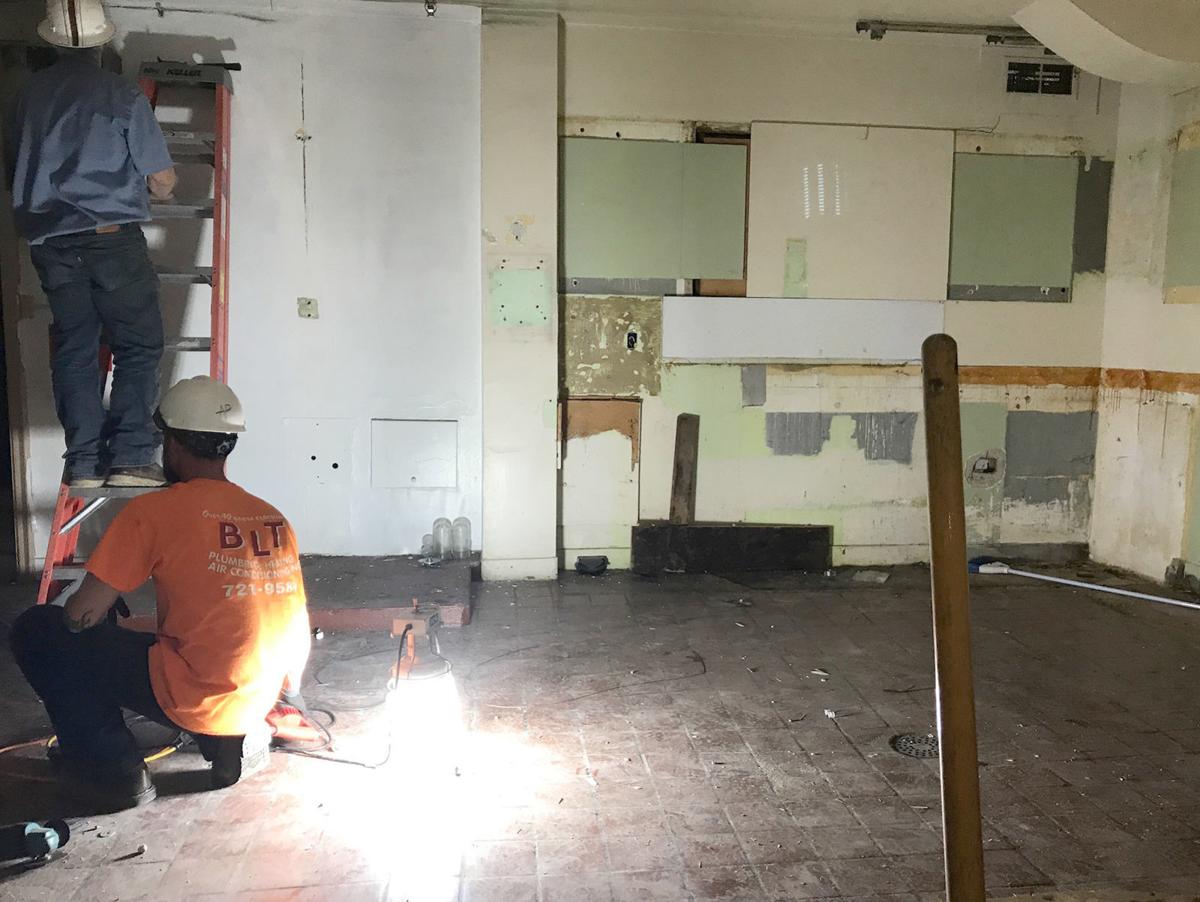 Work is continuing in the kitchen of Fremont City Auditorium, which is undergoing renovation.

Work continues in the gym at Fremont City Auditorium.

This former meeting room will be turned into restrooms as part of the renovation of Fremont City Auditorium.

Work is continuing in the kitchen of Fremont City Auditorium, which is undergoing renovation.

So is work on the Fremont Friendship Center.

Members of the Fremont Parks and Recreation’s advisory board were updated on the improvements during their meeting on Nov. 5.

Plans are in the works for a $3.5 million renovation of the downtown auditorium, which was built in the 1930s, and was listed on the National Register of Historic Places in 2002.

The renovation includes refurbishing floors in the gym and foyers, work on heating and air conditioning systems and plumbing and adding full handicapped accessible bathrooms on the building’s first floor.

It also includes installation of a fire sprinkler system, something not previously done, because it was grandfathered in as the building was constructed before these automatic systems were required.

Plans are to update the kitchen to make it more cater-friendly and add information technology along with another meeting room.

Barring any setbacks, the target date for completion is September 2020.

At the meeting, Kim Koski, parks and recreation department director, said she met with Cheever Construction of Lincoln and representatives from Schemmer Associates, Inc., an architectural, engineering and construction consultant, about the project.

Koski showed board members pictures of work being done at the auditorium.

One picture showed the kitchen, which is being gutted.

Koski told the Tribune there isn’t room to expand the auditorium kitchen.

“So we have to work with and improve the space we have,” she said.

The refurbished kitchen will be more modern and have an island in the center and an industrial-size refrigerator/freezer. There won’t be an oven for cooking.

“There’s going to be the big, tall, warming ovens that the caterers can bring their food in and have that ready to go for serving,” she said.

Koski showed a photo of where parks and recreation offices used to be in the auditorium. That area will become a second meeting room.

“That’s really moving along,” she said. “They took out the cupboards and the front counters.”

The parks and recreation office was relocated to the Fremont Municipal building at 400 E. Military Ave.

Koski showed a photo of the auditorium’s community room, which will get a facelift with new wall coverings and flooring.

She also showed a photo of the gym, which will have a folding wall partition. The partition can be used to divide the space into two meeting areas.

“They are going to lower the ceiling about 10 feet so, hopefully, that will help with acoustics,” she said.

Decorative acoustic panels will be installed as well.

“They’ve been very good to work with,” Koski said. “They’re always there working.”

It is hoped that work can be finished in September.

“Once we start digging into a building of this age, there may be a few setbacks here or there, but they seem to think that they’re going to be able to stick to the timeline within a month or two — so that’s exciting,” Koski said.

Koski added that the parks and rec department already has had calls from people wanting to rent the facility.

She’s encouraged callers to get back to her in January, when the project is further along.

The city also has budgeted $750,000 for the project and received a $1.125 million Civic and Community Center Financing Fund grant from the Nebraska Department of Economic Development (DED). Grants are awarded on a competitive basis.

Also during the meeting, Koski updated board members on work at the Fremont Friendship Center.

Work on the floor has been completed. Koski previously told the Fremont Tribune that the floor’s old, original tiles were pulled up. Underlying concrete was grounded down and finished concrete was put in place.

Restrooms in the center were updated, including two handicapped accessible ones. New tile was installed in hallways.

The next project will be the installation of an awning over the Friendship Center’s entrance, which will look like what is in place in the main arena. The Friendship Center is attached to the Christensen Field Multipurpose building.

“We just got the drawings back yesterday (Monday),” Koski said.

That project will be let out for bids.

Work in the kitchen is planned along with the installation of drinking fountains that meet Americans With Disabilities Act (ADA) specifications.

Who's your TV dad?