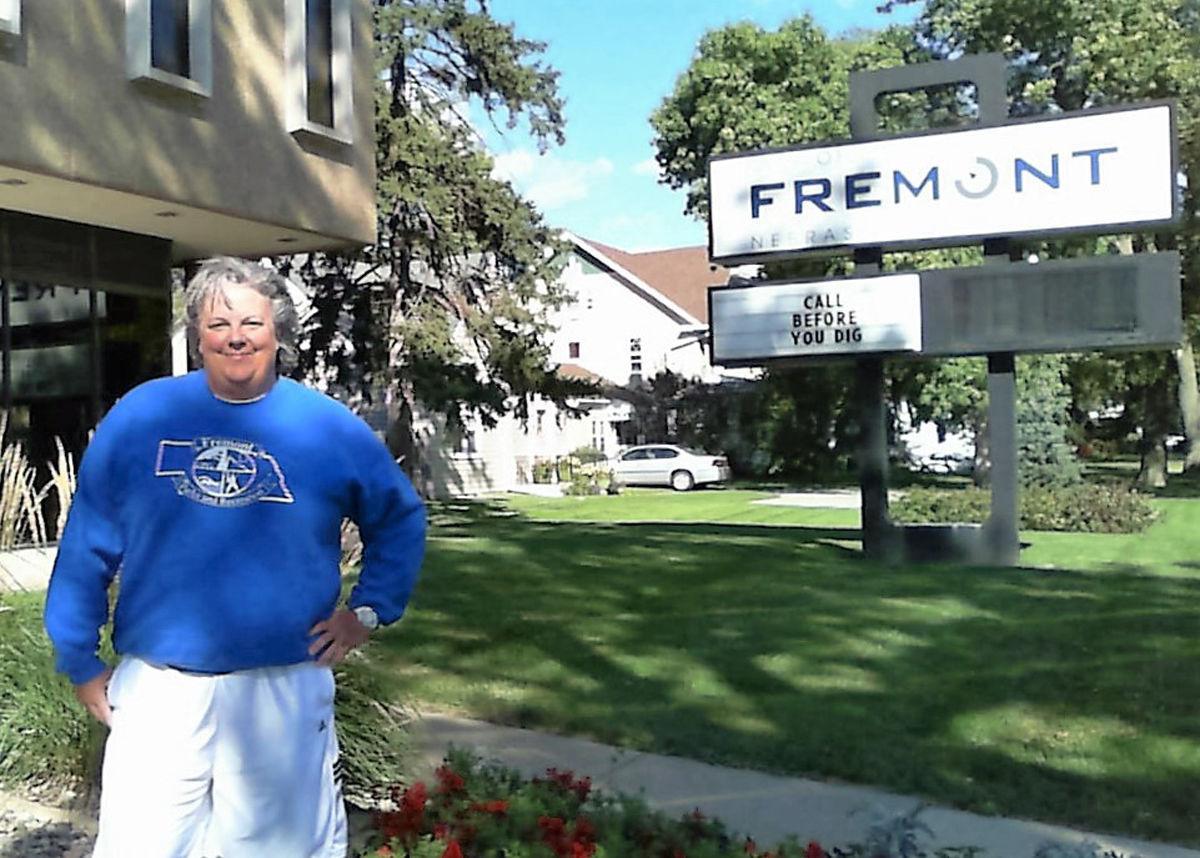 Kim Koski is shown in this earlier photo at the Fremont Municipal building. The director of the Fremont Parks and Recreation Department died Jan. 2. A memorial Mass will start at 10:30 a.m. Jan. 7 at St. Patrick Catholic Church in Fremont. Masks are required. 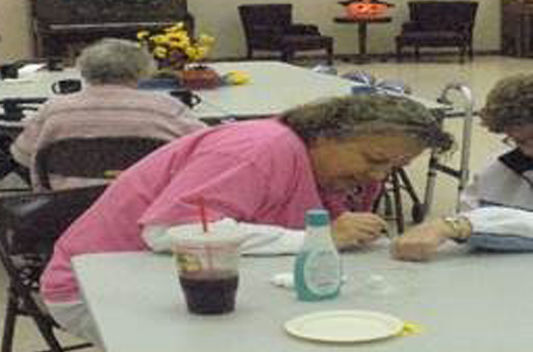 Kim Koski, director of the Fremont Parks and Recreation Department, paints the fingernails of an attendee of the Fremont Friendship Center in this earlier photograph. 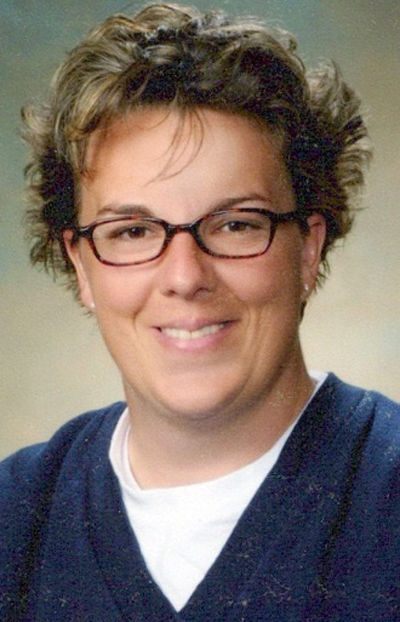 Koski, who was director of the Fremont Parks and Recreation Department, died Jan. 2.

Tributes for Koski poured into the Tribune like a waterfall as people lauded a woman who supervised construction of Splash Station, extensive remodeling of Fremont City Auditorium, and many other projects.

Koski graduated from Fremont High School in 1988 and Northwest Missouri State University in Maryville, Missouri, in 1992. She began working for the City of Fremont as recreation program coordinator.

She was promoted to recreation superintendent in 2005 and director of parks and recreation in 2016.

Koski received her 25-year service award from the city in November 2020.

“Kim spent her life working hard to expand sports and recreation opportunities in Fremont and she was particularly proud to oversee the remodeling of the city auditorium,” said Brian Newton, city administrator. “The transformation of the auditorium will be a lasting tribute to Kim and work she did for people of Fremont.”

“I truly believe that there isn’t a person in this town that Kim hasn’t positively impacted in some way, shape or form,” Schwanke said. “Even if some people didn’t know her, they definitely have been to the neighborhood park, swam at the pool, walked on a trail, taken a dog for a run at the dog park, or utilized a program that Kim helped organize.”

“Kim was never doing her job with the city to make a name for herself,” Kuddes said. “She would praise her staff and give us every accolade and pat on the back before she took credit. One of my favorite sayings from her was…. ‘I’d put my crew up against anyone, any day.’ She made us feel appreciated for the work we do, whether it was our normal duties or in times of panic like flooding and storm damage.”

“Kim was an incredible boss, a dear friend, and an amazing supporter of the Fremont Friendship Center,” said Laurie Harms, manager. “Kim’s support and knowledge of the senior center was astonishing. She knew our seniors by name and grieved with me when we had to say our goodbyes. Our seniors are now grieving with me, the loss, of Kim.”

Many commented on Koski’s mentoring. Schwanke, whom Koski hired in 2016, describes her as “the best mentor I could have asked for.”

Longtime park board member Dian Christensen Hillis pointed out that a first-ever job can set a precedence for the direction a young person will go.

“If you don’t have a foundation to grow from, you don’t go anywhere; “You’re going to struggle with jobs, success and your vision,” Christensen Hillis said. “Kim laid that foundation. She gave them that base they could draw from.”

Lottie Mitchell, executive assistant for the City of Fremont, and friend of Koski, also saw her effect on youth.

“Kim had a way of making every person feel important,” Mitchell said. “She never had any kids of her own, but she had thousands of them. She remembered every person who ever worked for her and what position they held and a story about them. She loved RoPo (Ronin Pool) where she created memories as a kid, then managed the pool during her career. The hours spent coaching, working ball diamonds, marking fields, and making sure everyone had what they needed are immeasurable.”

Ali Granger, a math teacher at Logan View High School, worked with Kim for 10 years as part of the City of Fremont’s aquatics team. Granger began as a lifeguard and a few years later became manager of Splash Station and Ronin Pool.

“If pools were open, she was there,” Granger said. “We always joked on the Fourth of July, Memorial Day and Labor Day that the only government employees that were working were pools, police and fire. She could have taken the days off, too, but she came to check in on us. She worked seven days a week from the whole time we were open from Memorial Day to Labor Day.”

Many commended Koski for her dedication to family.

“Her niece (Emily) and nephew (Ryan) meant the absolute world to her. She and her mother (Sandra) were quite the dynamic duo all through life and had a bond like no other,” said childhood friend Julie Callahan Collins.

“Her sense of humor and laugh were contagious and she was loyal to all who knew and loved her,” Callahan Collins said. “She was an integral part of my childhood and adolescence.”

Jessica Mastny, human resources technician for the city, said Koski’s mom would make cinnamon rolls for food day at work. She appreciated how Koski would leave an extra pan of rolls on her desk to take home.

Koski was kind in other ways, too.

“Kim was someone that no matter what was going on, she would take the time to listen, whether it was to vent about work or to listen to a story about my kids,” Mastny said. “I will forever be grateful for all the gestures she did for me … I wish I could have one more conversation with her just to tell her how amazing she was … She was not only an amazing boss, but more importantly my friend.”

“As a board, we’ve worked under other directors who’ve come to Fremont from outside and I think it was such a turning point when Kim took over, because she was born and raised here and really had the heart for it,” said member Wendy Eairleywine. “She had the biggest heart, always caring about others before herself, never wanting people to worry about Kim. We’re going to miss her terribly.”

“She was a tremendous person,” Brown said. “She got along with people real easily. She always had a smile … She was always looking for the next project to get done. She’s left her mark on her job and the city of Fremont.”

“She served Fremont faithfully and very well,” Spellerberg said. “She has quite a legacy for Fremont and she will be missed.”

“She has set the bar pretty high for you on the board, but I know she picked good people,” Jensen said. “I have every confidence in this board to continue her legacy.”

Backbone: Woman talks about her role in farm operation

When it comes to the farm, Gail Bopp’s daughters will follow in her footsteps.

WATCH NOW Man has last haircut in barbershop before it moves

WATCH NOW: StoneBridge pantry for those who need a little extra help

At first, you might think StoneBridge Christian Church has an oversized mailbox.

Jim Henson's iconic works, including beloved puppets Kermit the Frog, Bert and Ernie, are on view through Sunday at The Durham Museum.

Calendar of events for Jan. 7-9

Meetings and events planned for Jan. 7-9.

A pancake breakfast planned for Sunday in Fremont includes the options for carryout and dine-in meals.

The American Red Cross will be having a blood drive from 9 a.m. to 3 p.m. Saturday, Jan. 9, at Fremont Mall.

Nate Schwanke had lots of good news for park board members.

The U.S. Army Corps of Engineers will have an online public meeting next week to discuss the results of its study on flood mitigation for Fremont.

Whether it’s the waltz, two-step or jitterbug, couples in and around Fremont can get their groove on with ballroom dancing lessons next week.

Robert Wilson has a long tenure with Lifegate Church.

Find out what's on the schedule at Fremont Friendship Center.

Registration for the Parks and Recreation Summer 2021 Programming begins Tuesday, March 23, at 8 a.m. A full slate of programming is being offered.

Kim Koski is shown in this earlier photo at the Fremont Municipal building. The director of the Fremont Parks and Recreation Department died Jan. 2. A memorial Mass will start at 10:30 a.m. Jan. 7 at St. Patrick Catholic Church in Fremont. Masks are required.

Kim Koski, director of the Fremont Parks and Recreation Department, paints the fingernails of an attendee of the Fremont Friendship Center in this earlier photograph.