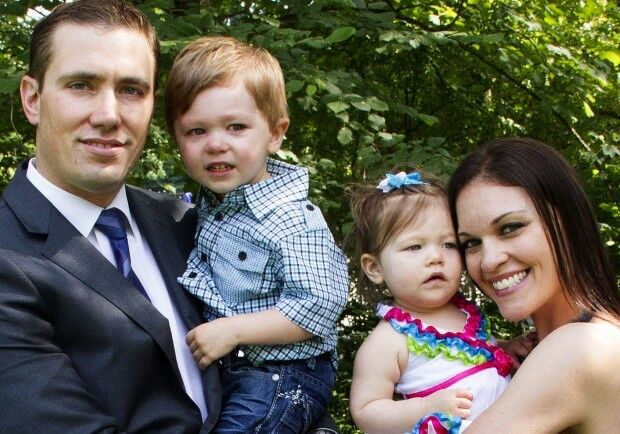 Shon Hopwood, a David City native, began corresponding with his wife, Anne Marie, while he was serving time in federal prison for bank robbery. He'll speak about finding redemption at the 9th Annual Fremont Area Leadership Breakfast on March 29. 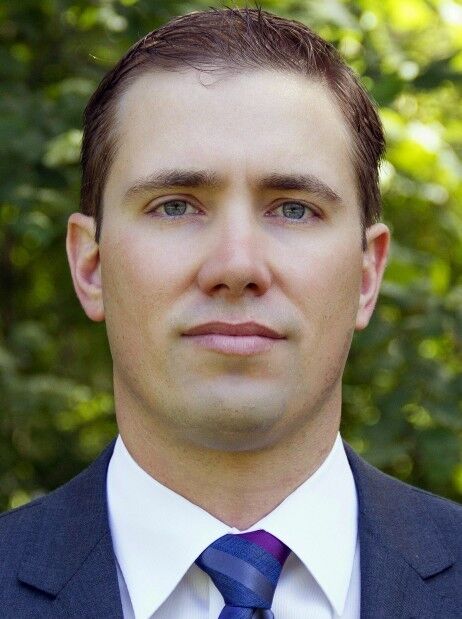 From bank robber to law student and disciple of Christ, Shon Hopwood understands redemption in a way few others ever will.

His story begins in David City, where he grew up and was a high school basketball star. His athletic skills earned him a scholarship at Midland University. But when Hopwood realized that he was just an average player, he became disillusioned and began cutting classes. He left college, spent two years in the Navy and then returned home.

Adrift and with few job possibilities, he began hitting the bars. There, he and a friend started plotting a bank robbery – that before Hopwood’s apprehension - would lead to five heists and a sentence of more than 12 years in federal prison.

His story could have ended there, but Hopwood would write two successful petitions for inmates that were accepted by the U.S. Supreme Court.

And with that began a future he never could have imagined.

Hopwood will share more of his story at the 9th Annual Fremont Area Leadership Prayer Breakfast. The public is invited to the event which starts at 7 a.m. March 29 at the Midland University Event Center. The cost is $20 per person.

In his talk called, “Finding redemption,” Hopwood will share his views on the criminal justice system and prison inmates today.

“I’m going to talk about the fact that everyone is redeemable in Jesus,” he said. “We have 2.3 million people locked up. They aren’t throwaways. They can be redeemed through Jesus.”

At 23, Hopwood went to Illinois’ Pekin Federal Prison. Even his trip to the prison would be eventful as tornado threatened the plane. Part of Hopwood wished the storm would take him away.

Instead, he would be plunged into prison life, which he compares to “Lord of the Flies,” and where peace among prisoners is kept only by mutually assured destruction, kind of like the Cold War.

He wasn’t sure, at first, if he’d survive the prison gangs, but gradually Hopwood began to gain respect through his basketball skills – and something else: He would get a job in the law library where he started poring over the thick volumes. With no computer, he had to read everything, book by book. And because making copies was too costly, he had to remember the cases – something that when combined with creativity would prove useful.

Then came a life-changing opportunity when a fellow inmate needed him to write a petition to the Supreme Court, which would pave the way for more legal miracles.

In the meantime, Hopwood had begun corresponding with Ann Marie, a young woman from his hometown, who was struggling with anorexia. Her support, along with that of his family and friends, would help him get through the long years.

Today, he is a law student, husband and father. And with the help of Dennis Burke, Hopwood has written a book called, “Law Man.” He continues to be amazed by God’s blessings – which besides his family includes a full-ride scholarship worth approximately $175,000 and an opportunity to talk about the Lord.

He also talks about the inequality in the justice system. He said social science has proven that African Americans and Hispanics are less likely to use drugs than whites.

“And yet we lock up 10 times more African Americans and Hispanics than we do whites for drug charges,” he said.

“They do phenomenal work,” he said.

At approximately 8:45 a.m., Dec. 1, Rolman Pereira-Estuardo, 23, of Omaha was arrested on suspicion of driving with a revoked license followin…

At approximately 8 p.m., Nov. 26, Heather R. Pensick, 30, of Fremont was arrested on suspicion of domestic assault and child abuse following a…

At approximately 7 p.m., Nov. 28, Maynor D. Natareno-Mota, 37, of Fremont was arrested on suspicion of driving without an operator’s license f…

Biden says there won't be a gov't shutdown Friday

Biden says there won't be a gov't shutdown Friday

Shon Hopwood, a David City native, began corresponding with his wife, Anne Marie, while he was serving time in federal prison for bank robbery. He'll speak about finding redemption at the 9th Annual Fremont Area Leadership Breakfast on March 29.