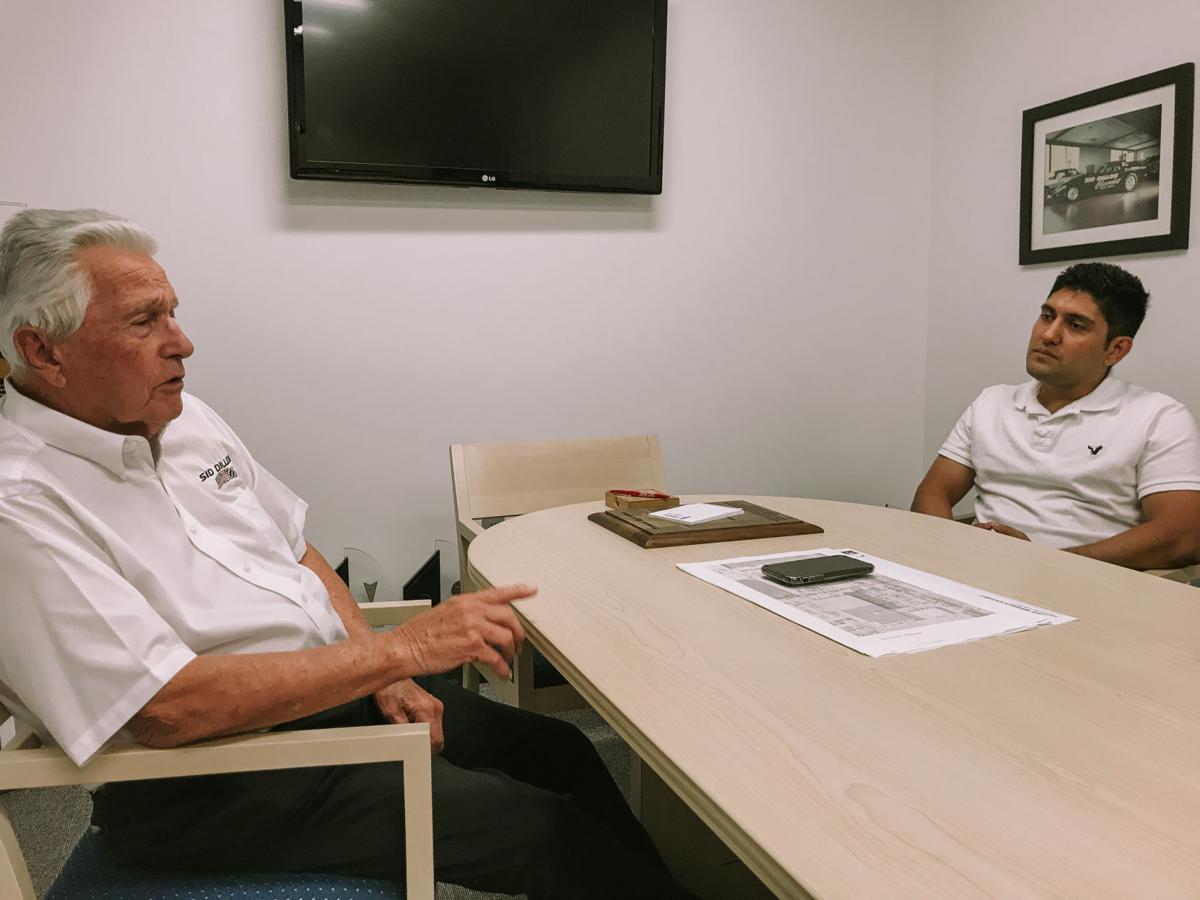 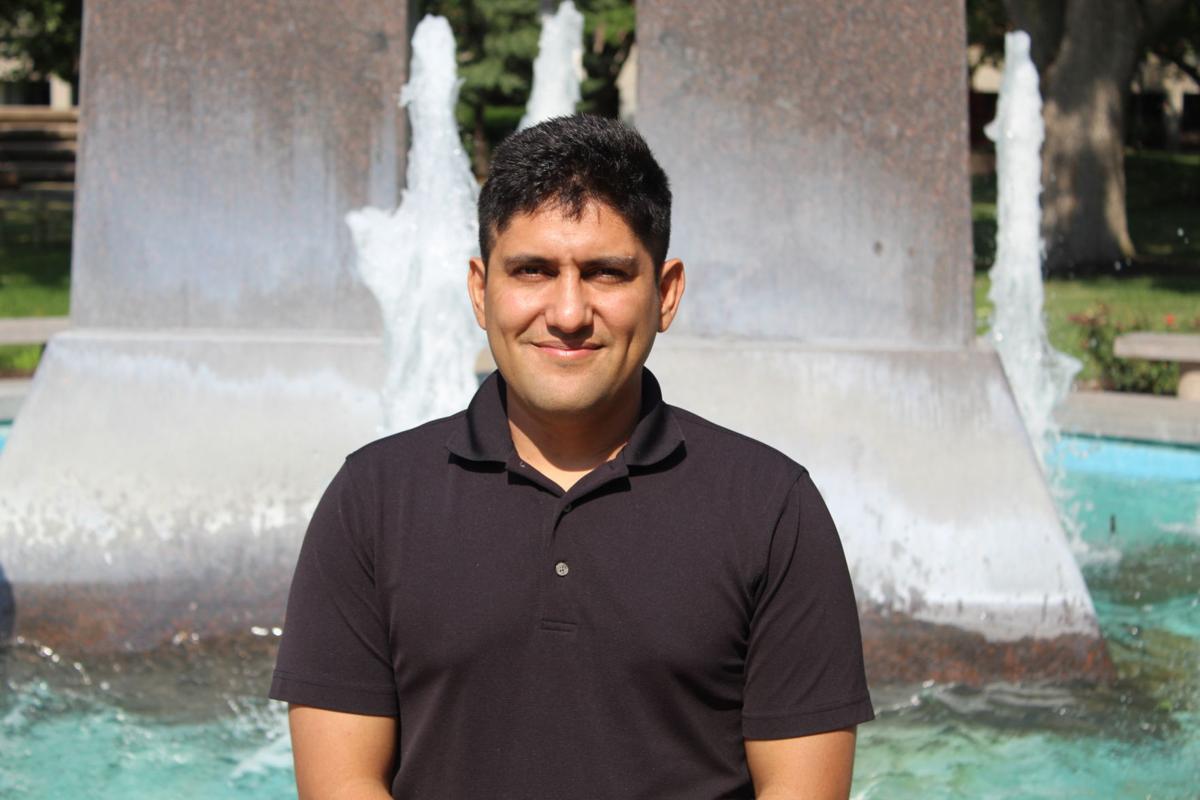 Freddy Orellana graduated from Midland University in 2012 with a bachelor's degree in chemistry. 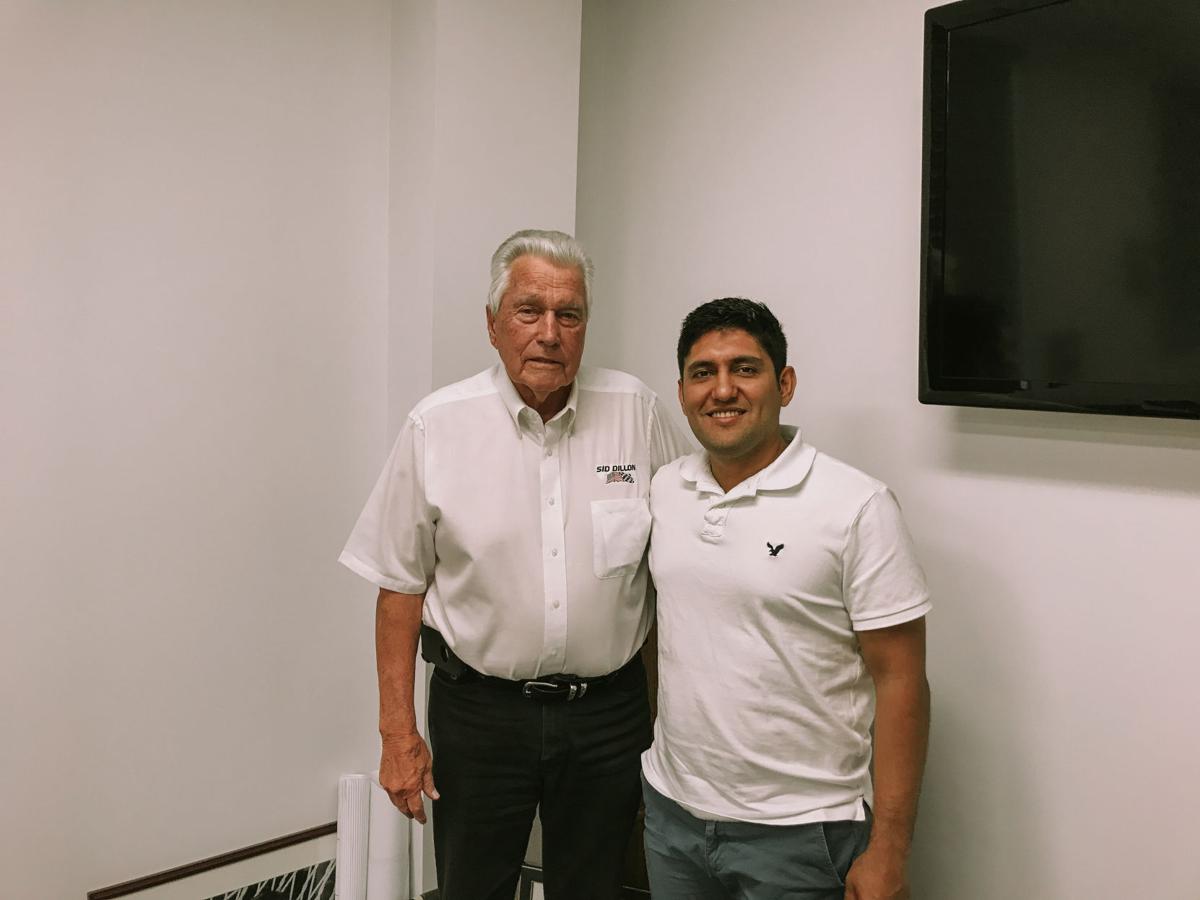 Sid Dillong (left) and Freddy Orellana (right) met for the first time while Dillon was receiving his COVID-19 vaccine this spring. Orellana received the Sid and Hazel Dillon Scholarship as a Midland University student. 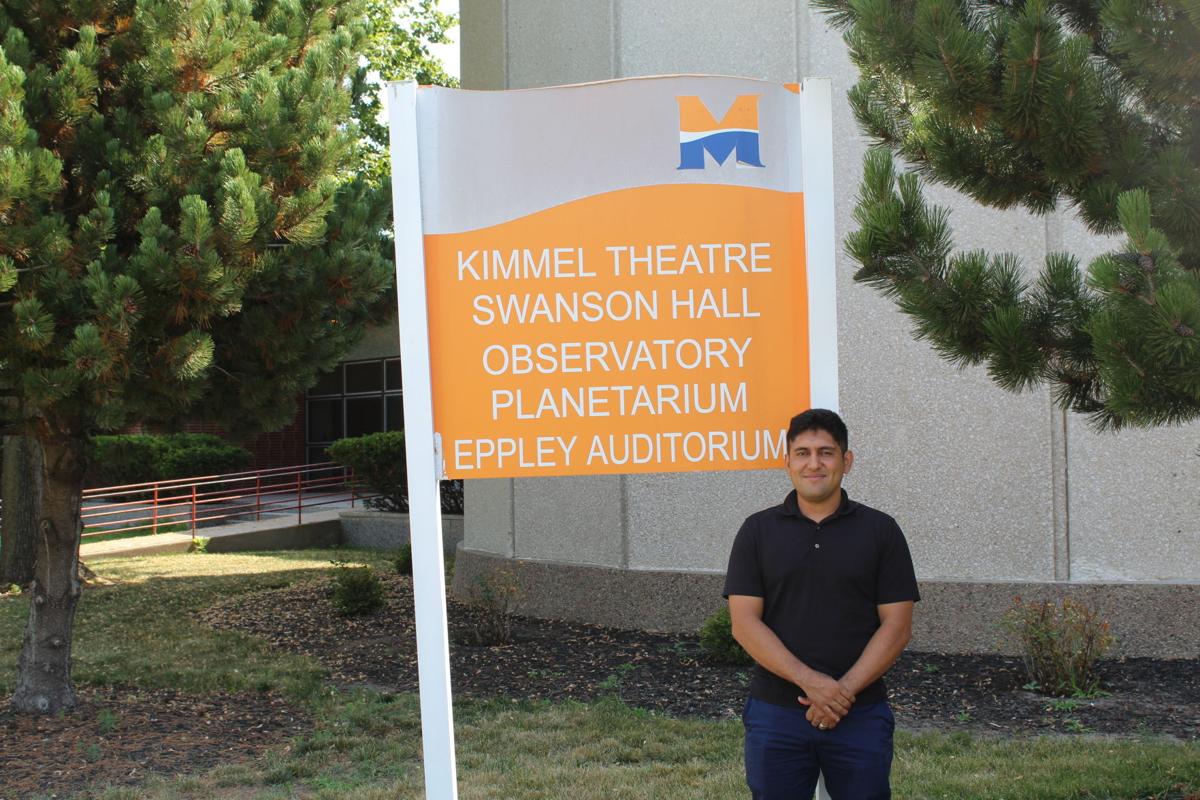 Freddy Orellana stands in front of Swanson Hall, a building he spent the majority of his time in as a student at Midland University.

Orellana arrived in Fremont as an 18-year-old from El Salvador with his family in 2005. His father had previously fled the country as a war refugee following a civil war in the early 1990s.

From the time they arrived, Orellana’s father implored the importance of education.

“My dad was very settled in the fact that I would go to school and that I would learn English,” Orellana said.

So, Orellana registered at Fremont High School as an 18-year-old freshman and began adjusting to life in his new home. Three years later, Orellana’s English was still coming along, but he produced strong grades and was beginning to look toward the future.

Orellana said he wasn’t a strong reader and writer as a high-school student, but enjoyed chemistry and math. Thus, an advisor suggested that he pursue a career as a pharmacist.

As an incoming freshman at Midland University, Orellana received the Sid and Hazel Dillon Scholarship in 2008. While he was appreciative of the scholarship at the time, Orellana said he never gave much thought to how much the money, which he said funded the majority of his Midland education, would have on his life.

“I’m going to go get a higher education and then life is going to be a little different for me,” he said. “I did not know that at the time.”

That realization came earlier this spring when Sid Dillon walked into the Walmart Pharmacy in Fremont to receive his COVID-19 vaccination.

“Someone at the pharmacy just told me that it was Sid Dillon and I was like: ‘Oh, the same guy from the dealership?’” Orellana said.

Normally, the follow-up after a patient receives a shot includes counseling on next steps and answering any questions. For Orellana, it also included thanking somebody who played a profound role in their life.

“I just knew in my heart that it was the right thing to do,” Orellana said. “I felt very, very happy to have been able to thank him personally so that he knows that this was the face that he helped send through college.”

Dillon wasn’t expecting to receive such a surprise during what initially seemed like a routine event.

“I had never met him before, and when he told me he had gotten an education and became a pharmacist, through the help of our scholarship, I thought that was really special,” Dillon said in a Midland University news release. “It’s the best thing that’s happened to me in the 40 years I’ve been here.”

Dillon added that Orellana’s story is an example for other young students who are preparing to take the next step in their life by attending college.

The scholarship helped jumpstart Orellana’s career. After receiving his bachelor’s degree in chemistry in 2012, Orellana was accepted to the University of Nebraska Medical Center’s Doctor of Pharmacy Program.

He received his doctorate in 2018 and has since looked to give back to the Fremont community as a pharmacist.

“I know this does not happen to everyone and I do realize I was blessed with being here at the right time and at the right place,” Orellana said. “Now, you know, it’s my time to come back and try to do the same for other people.”

Looking back at the importance the scholarship had on his life, Orellana said it is important to jump at every opportunity that is available.

“In the long run, somebody is making an investment on you and you have to be a good steward,” he said. “For that, you’re to be blessed because your life is exponentially going to be changed from the opportunity that you have.”

“Hard work, the grades and everything can put you in a good position,” he said. “You can go to college and you can take the opportunities and can do anything. You can start a business, you can become a doctor, you can become a lawyer or you can be whatever you want. You just have to take that opportunity.”

Back to Business Bash prepares for August return at Midland University

Planning for this year’s Fremont 4-H Expo was like riding a bike for the first time in a year for Kali Agler.

The Dead Timber State Recreation Area campground is open after a monthlong closure to repair roads in the area.

The Fremont City Council unanimously passed first reading of an ordinance that would restrict parking near mailboxes during its Tuesday meeting.

The 18th annual Jim Ebers Golf Classic is preparing to the fairways at the Fremont Golf Club next week.

Calendar of events for July 8-10

Scribner’s 150th celebration will start off with a bang when it kicks off on Friday, July 16.

Oakland-Craig Public Schools is looking for public feedback after drafting a Return to Learn Plan for the 2021-2022 school year.

Fremont Public Schools is seeking public feedback regarding its Return to In-Person Instruction Plan for the 2021-22 school year.

Find out which area students earned academic honors this spring at Midland University.

School board member to speak at Tea Party meeting

Sally Ganem was announced Friday as one of seven new members of the Nebraska State Historical Society Foundation Board of Directors.

Freddy Orellana graduated from Midland University in 2012 with a bachelor's degree in chemistry.

Sid Dillong (left) and Freddy Orellana (right) met for the first time while Dillon was receiving his COVID-19 vaccine this spring. Orellana received the Sid and Hazel Dillon Scholarship as a Midland University student.

Freddy Orellana stands in front of Swanson Hall, a building he spent the majority of his time in as a student at Midland University.