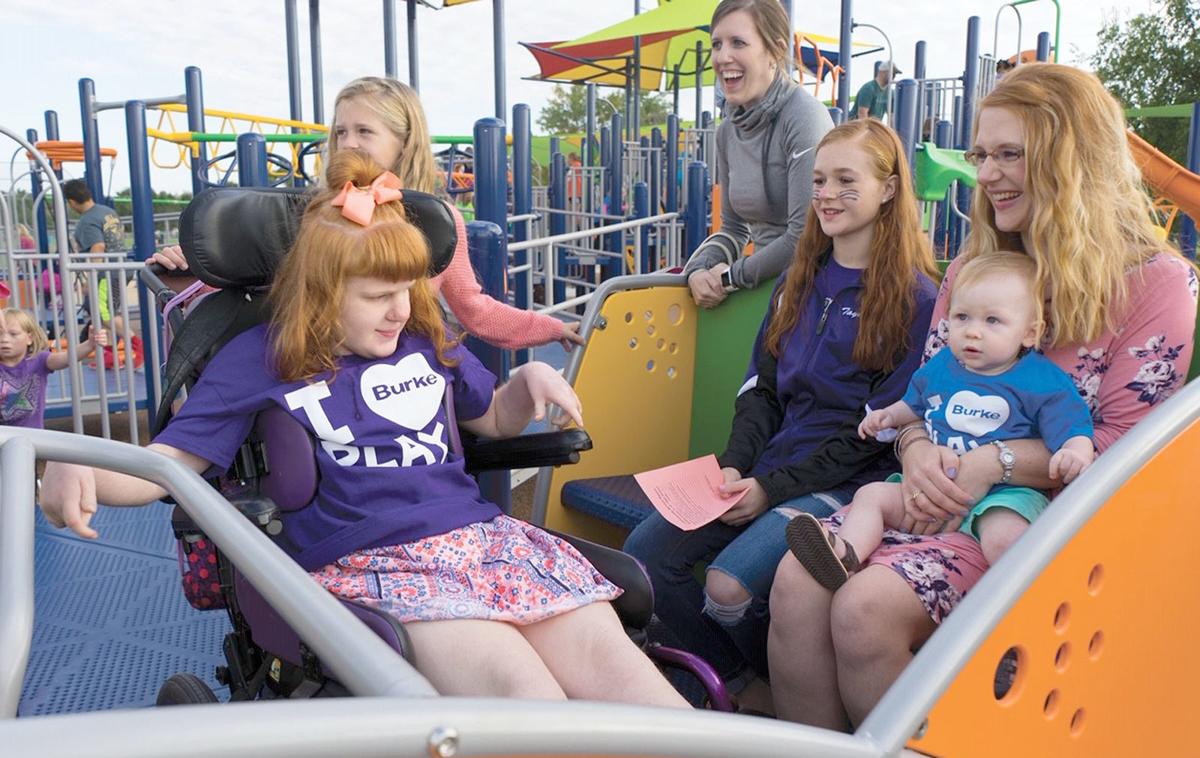 Equipment to be installed at Johnson Park is designed to be inclusive so children of all abilities can use it. 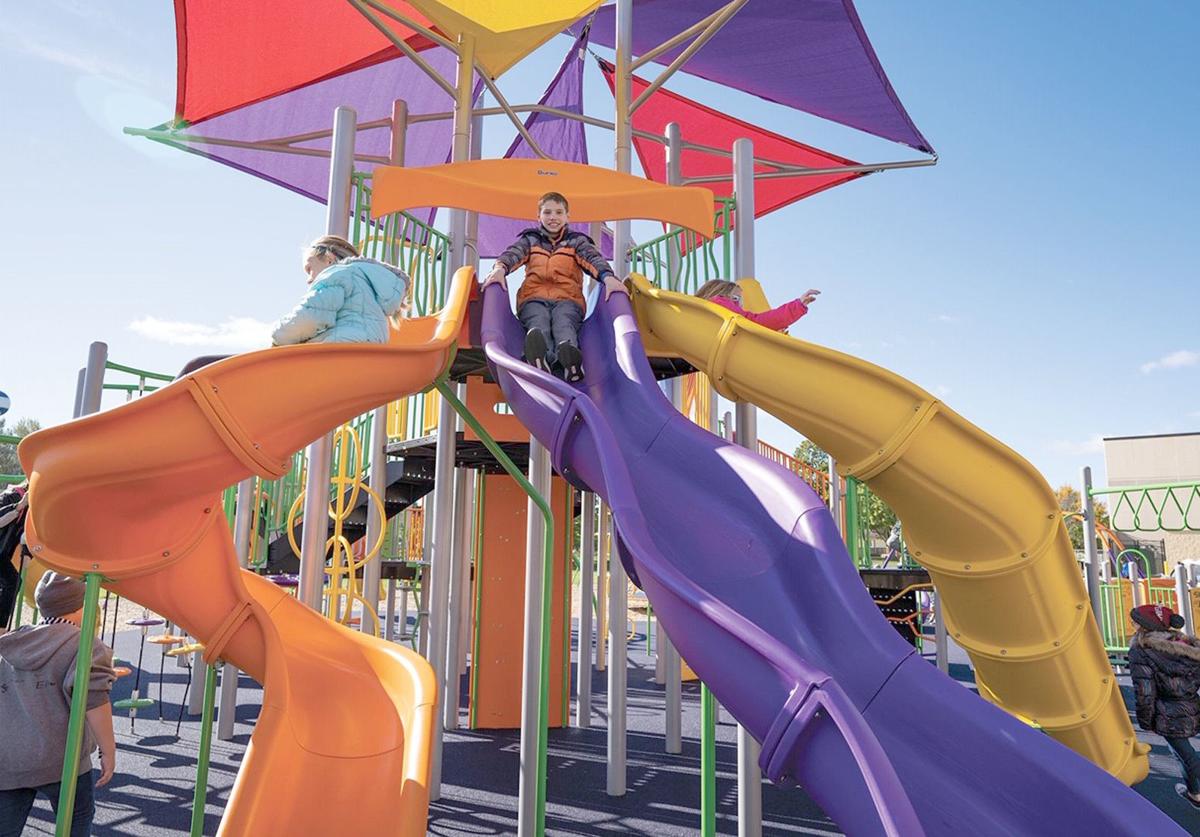 This is an example of the playground equipment set to be installed at Johnson Park in Fremont. The Fremont Kiwanis Club now has the funds needed to install the equipment. Plans are to have a ground-breaking on April 1.

Equipment to be installed at Johnson Park is designed to be inclusive so children of all abilities can use it.

This is an example of the playground equipment set to be installed at Johnson Park in Fremont. The Fremont Kiwanis Club now has the funds needed to install the equipment. Plans are to have a ground-breaking on April 1.

Now, Kiwanians have met their goal of fundraising for playground equipment that will be installed near Splash Station on the east side of Fremont.

The Fremont Kiwanis Club received just short of $189,000 at the end of December — funds needed for the equipment and its installation, said Don Cunningham, president.

“We had a couple of donors who contributed again,” Cunningham said. “And that put us over the top.”

Ground will be broken — weather permitting — on April 1, with a ribbon-cutting planning before or on Memorial Day.

The playground, designed for children ages 2 to 12, encourages inclusive play — meaning youngsters of all abilities will be able to use it. The playground will have top-tier fall protection.

“Any student or young child, regardless of their physical status, can get on the playground and are very protected if they fall,” he said. “This playground is linear more than it is vertical so it encourages everybody to play with everybody at the same level.”

It will include features that children in wheelchairs will be able to access. A merry-go-round, which is low to the ground, will be accessible to all children.

The playground will have three slides that go up about 8 feet with a series of colorful sails at the top that provide shade. It will have a teeter totter and a path that goes around the perimeter of the playground area, complete with traffic signs and a play drive-through restaurant.

It will include one section for older kids and another for those ages 2 to 5.

Former Kiwanis Club President Caryl Johannsen also has said the playground will have bridges and ramps. Children will be able to walk up and play with some of the equipment’s interactive features. There are pieces with colors and activities that incorporate math, she said.

Dostal Construction of Gretna will supervise the playground installation.

“We’re still going to need 20 volunteers on the day when the structure actually goes up,” Cunningham said.

Volunteers will help during one day of the building project to set up the equipment.

The idea to create a playground using community resources surfaced three years ago when Joy McKay was Kiwanis Club president.

“At that point, we didn’t know where we would be able to find land,” Cunningham said.

The next year, the group tried to find land, but was unsuccessful, he said. The club then contacted the city, asking if it could use land near Splash Station. Cunningham said the group was allowed to do so.

Fundraising took off in 2018, when Johannsen was president. Cunningham commended Johannsen for her work.

“She really made it happen, he said, adding, “So many Kiwanians got their fingers out into the community and into the region. We wrote and received grants.

“A year and two weeks and we had it all done.”

Cunningham said more than 140 donors contributed to the playground project.

While the group has all the money it needs for equipment and installation, it is looking for a contribution for the proper signage to recognize the donors.

“If anybody still wants to contribute, we would use the funds to put the cherry on top, so to speak,” he said.

Cunningham noted that the playground will be constructed on the east end of town, where there is more projected housing growth.

“We expect more children to be in that area,” he said.

Cunningham added that people have asked about a friendship swing — a large round swing that can accommodate three or four children at a time — but it would cost an extra $20,000 and he doesn’t know if that will happen.

He continues to look ahead to a bright future for the new playground.

“I see a lot of kids playing for the next two decades,” he said, adding, “I’m amazed by the generosity of people within a time period when we had perhaps the worst flood in the history of the region — people still donated.”

What type of Halloween candy are you?