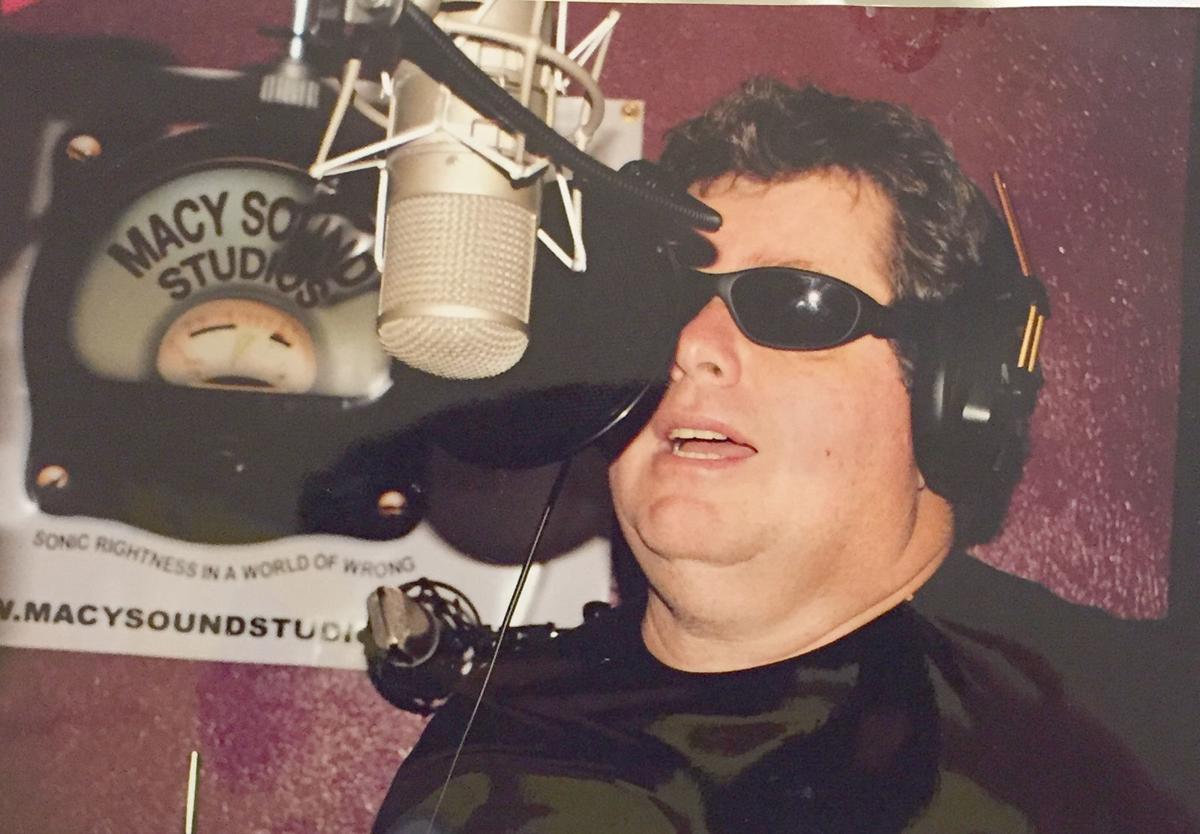 Award-winning songwriter, recording artist and speaker Alan Pedersen will share music and a message of hope at 7 p.m. Wednesday at Milady Coffeehouse, 105 E. Sixth St., in Fremont. The public is invited to the free event. 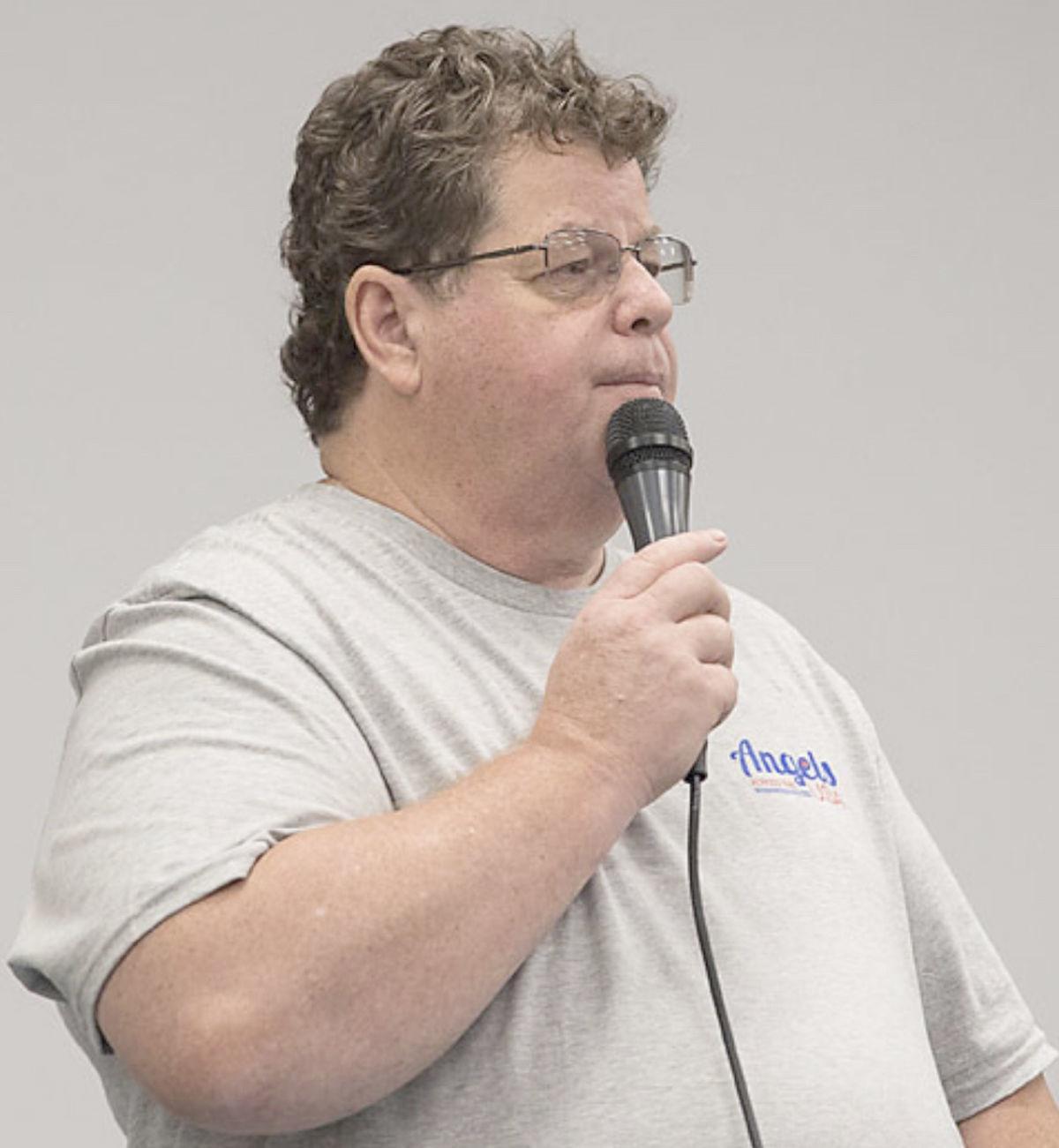 Since 2004, Alan Pedersen, now of Charlotte, North Carolina, has given more than 1,600 presentations for those in grief as well as professionals and volunteers striving to help them. 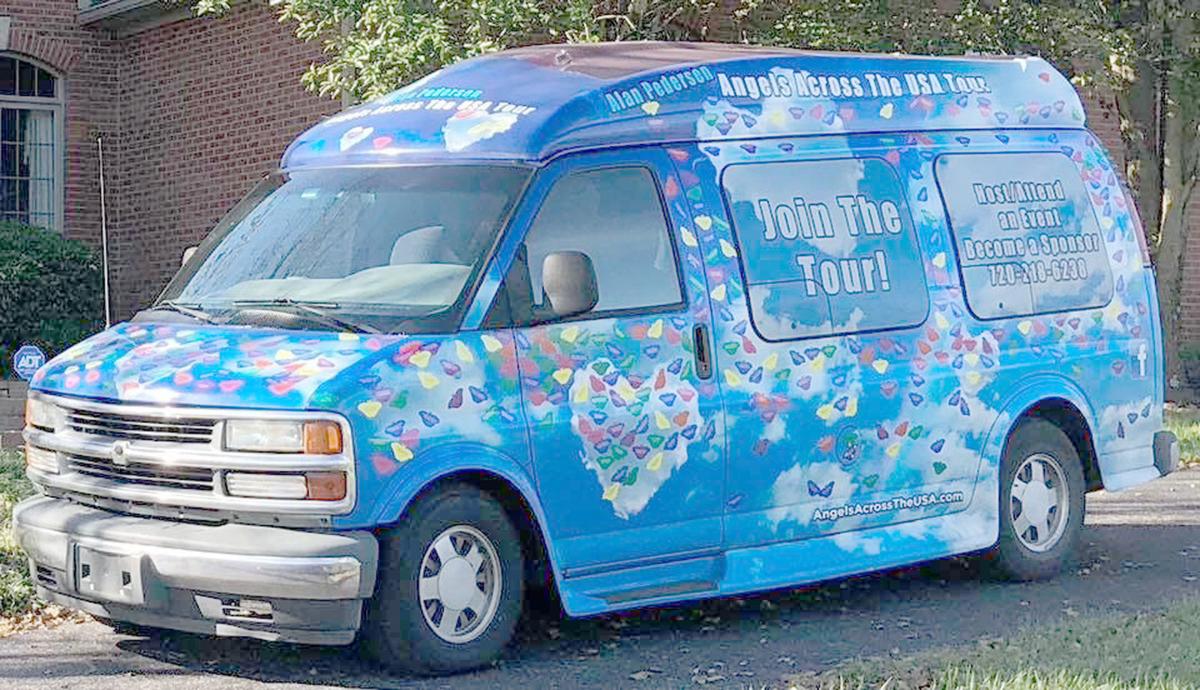 Hundreds of families have sponsored butterfly decals that decorate Alan Pedersen's van with the names and hometowns of their loved ones in support of his work. Pedersen provides music and messages for those in grief and professionals and volunteers striving to help them.

His 18-year-old daughter, Ashley, had died in a car accident in Colorado.

“The whole world changed,” he said. “I fell apart for about a year.”

Then he found The Compassionate Friends support group and about a year later set out on a new path.

Today, Pedersen is an award-winning songwriter, recording artist and speaker who travels the country seeking to provide a message of hope to grieving people.

On Wednesday, he will speak and share his music starting at 7 p.m. at Milady Coffeehouse, 105 E. Sixth St., Fremont. The Compassionate Friends is sponsoring the event which is free and open to the public.

Anyone has lost a loved one is welcome as are professionals and volunteers seeking to help someone who is grieving.

Pedersen, who knows the pain of losing a loved one, describes his daughter as a beautiful, brilliant writer, who was a great student. Ashley wrote for the school newspaper and wanted to become a journalist. She was someone who fought for the underdog and loved music, he said.

In 2001, Ashley had graduated from high school in Colorado, where the family lived at that time, and was making a road trip to California with a friend. They’d gone over the Colorado Rockies and were in the western part of the state when Pedersen believes she fell asleep at the wheel. She wasn’t wearing a seat belt.

At that time, Pedersen had been a radio reporter for about 1 ½ years.

“I knew I couldn’t cover a car accident, so I quit radio,” he said. “I was just lost, basically. I did some other consulting work, which I could do, where I didn’t have to deal too much with the public.”

Pedersen found The Compassionate Friends, a self-help organization that offers friendship, understanding and hope to bereaved families who have experienced the death of a child.

“That’s where I started getting support and help and understanding what I was up against,” he said.

Having previously been a songwriter and performer who lived in Nashville, Pedersen decided to write songs about loving a child, who died too young and then trying to figure life after that loss.

“I wrote these songs for me. I didn’t care if anybody else liked them,” he said.

Then he recorded a CD of the songs.

His hourlong program on Wednesday will include a mixture of about four songs and basic education on grief and loss.

“What is grief?” he asked. “Grief is the love. What are tears? They are the tribute to the person we love.”

Attendees can be themselves at the event.

“You don’t have to put on that mask that says, ‘I’m fine. I’m OK,’” he said. “People will walk away feeling good, empowered, validated and connected to the love that’s still there.”

He encourages people to attend.

“My hope is that when you leave, you feel like you got to wrap yourself in a comforting blanket made of memories,” he said. “The event is made for you to step outside of your normal life and to be in a place where people understand you. They understand your grief. They understand pain and trying to live life when you’ve gone through a loss.”

Past attendees have expressed how the events have helped them.

“They walk away saying, ‘I’m so glad I came because I got to learn about my grief,’” he said.

Some may gain the assurance that they’re not crazy — they’re going through grief, he said.

“Grief isn’t something you try to get over,” he said. “It’s something you learn to live with. It’s incorporated into your life whether you choose it or not.”

Pedersen said grief has a way of making people more sensitive and compassionate and focused with new priorities and interests.

It rerouted the course of Pedersen’s life.

In 2005, he decided to expand his outreach by creating inspirational and educational workshops and consulted with top grief professionals to create his presentations.

His workshop on “Healing Guilt and Regret” is often given to standing-room-only crowds.

In 2010, he began headlining the Angels Across the USA Tour, traveling to cities large and small in his decorated “Angel Van,” presenting his message of hope as part of his mission to help organizations that support the hurting, regardless of their ability to pay him or his cost of travel.

Since then, he said, hundreds of families have sponsored butterfly decals that decorate his van with the names and hometowns of their loved ones in support of Pedersen’s work.

Pedersen was named executive director of TCF in 2013 and served in that position for four years.

“It’s horrible when we lose someone we love,” he said. “It’s what we do with that loss that really, in the end, that makes a difference, but early on going through it, you can’t think about all that. The love doesn’t die the day someone you love dies. What I try to help people figure out is: ‘What can you do to honor your loved one now?’”

Before Troy Anzalone made a Yukon River trip, people kept saying he was going to be eaten by a bear.

Northeast Community College in West Point will offer an upcoming course on social media for businesses.

Keene Memorial Library, in cooperation with Humanities Nebraska, will be hosting a program at 7 p.m. Sept. 24 about the women and their impact…

Fundraiser meets with library board

It was eight years ago that Warren Anzalone first read Joe Starita’s book “I Am a Man,” which details the life of Chief Standing Bear of the P…

Award-winning songwriter, recording artist and speaker Alan Pedersen will share music and a message of hope at 7 p.m. Wednesday at Milady Coffeehouse, 105 E. Sixth St., in Fremont. The public is invited to the free event.

Since 2004, Alan Pedersen, now of Charlotte, North Carolina, has given more than 1,600 presentations for those in grief as well as professionals and volunteers striving to help them.

Hundreds of families have sponsored butterfly decals that decorate Alan Pedersen's van with the names and hometowns of their loved ones in support of his work. Pedersen provides music and messages for those in grief and professionals and volunteers striving to help them.