Coronavirus in brief: Death rate lower than first thought, plus more of the morning's pandemic news 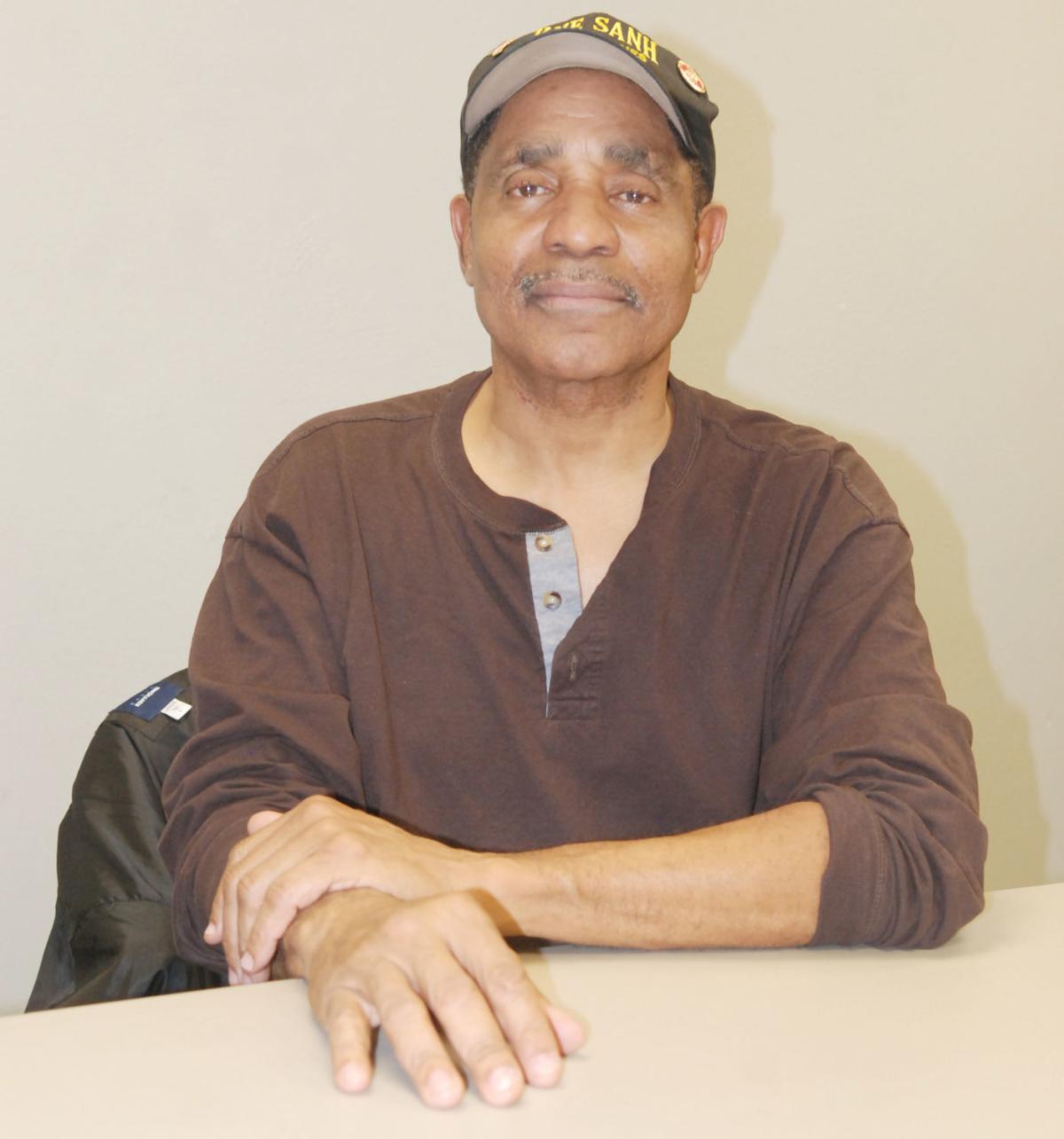 Arthur Alston of Fremont recalls his days in Vietnam more than 51 years after the Siege of Khe Sahn and the Tet Offensive. 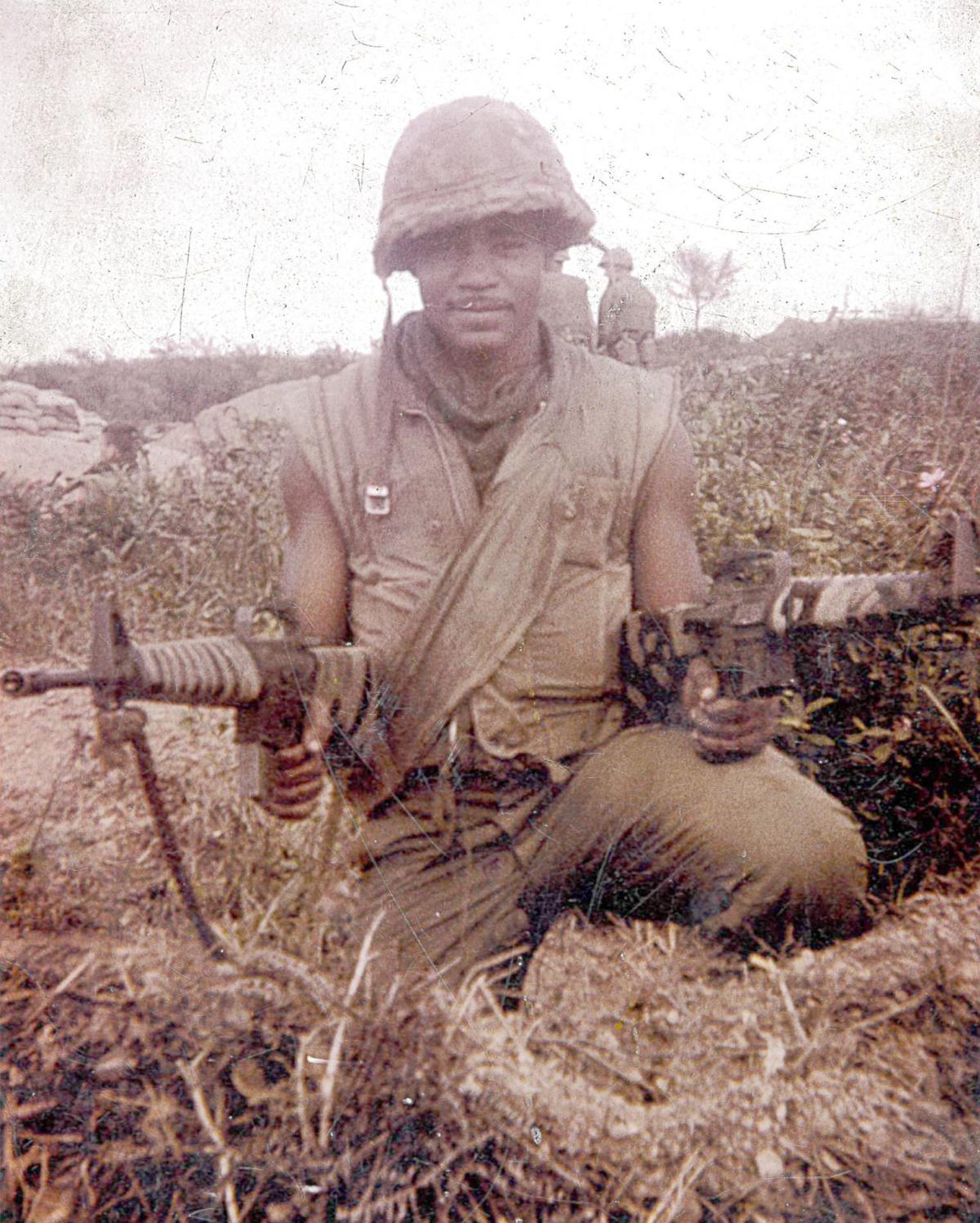 Private First Class Arthur Alston is shown in Vietnam back in 1968. He was in Khe Sahn and was in the country during the Tet Offensive. He was 18 years old. When he got out of the military, he was a corporal.

warned that this story contains some graphic details.

Arthur Alston and other Marines were making an assault on Hill 881 South in Vietnam.

Marines to Alston’s right and left had been killed and as he ran up the hill firing he wondered when he’d get hit.

Suddenly, an artillery piece landed in front of him and exploded.

More than 51 years have passed since Alston was on that hill. Much has happened since a 160-pound Marine, loaded down with gear, was among men assaulting a hill at Khe Sahn. Now a grandfather, the Fremont man lives with daily pain and health issues, continuous reminders of his military service.

“Somebody’s got to pay the price,” he said. “Sometimes, I think the lucky ones are the ones who didn’t come back. Their pain is over.”

And yet, Alston sees a continuing mission in his time on earth.

“I believe God saved me to tell the story that he’s real and freedom is not free,” he said.

He grew up in Omaha, one of Warren and Althea Alston’s eight children. His father was the first black fire department captain in Omaha.

Alston was 11 when his 30-year-old mother became legally blind due to a brain tumor.

“She was very strong spiritually and physically and she encouraged us, whatever the difficulties, to just keep moving,” Alston said.

Although he had asthma, Alston was 12 when he decided to become a Marine after a cousin told him it was the toughest military branch.

“I never thought of me being limited,” he said.

Having gone to the private Hope Lutheran School in Omaha, he graduated from Central High in 1967. Alston turned 18 just as he was entering the Marines.

After training at California’s Camp Pendleton, he and other Marines went as replacements to Vietnam — leaving on Jan. 1, 1968. He’d be attached to the 26th Marine Regiment, 3rd Battalion, Lima Company.

Alston called his mom before going to Khe Sahn.

“When I got off the phone, I felt a bubble of protection. She was praying for me,” he said.

Incoming artillery fire later kept their plane from stopping on the airstrip and they jumped from the back of the moving aircraft, even as bodies of dead Marines were thrown into it.

That was his introduction to Khe Sahn.

Under artillery fire, he got into a foxhole. He’d live in a foxhole from January to March. It was cold, wet and miserable. It rained all the time.

During the battle of Khe Sahn, enemy soldiers blew up an ammunition dump and rounds went off for at least 1 ½ days. Hot shrapnel from an artillery round that hit a trench line bounced and hit his left thigh.

Then came the Tet Offensive. Tet is the celebration of the lunar new year and in past years the holiday was a time of an informal truce, but North Vietnamese military and their Communist allies, the Viet Cong, made a series of fierce surprise attacks on outposts, cities and towns.

Alston was involved in search and destroy missions. He slept little. Never took his boots off.

On Easter Sunday, April 14, 1968, Alston and other Marines left Khe Sahn. He was the point man (head of a patrol) when they were ambushed.

He hit the ground. The machine gunner was shot in the arm and shoulder and the commander told the men to withdraw to Hill 881 North. Alston and other men began digging foxholes in case of another attack.

One of the Marines had run out of fear, leaving his rifle and equipment.

But he’d rejoin the other men after their commander ordered them to attack Hill 881 South again. It was at about 10 a.m. They got in a line and assaulted the hill. They were spread out.

“The guy on my left got shot,” Alston said. “I could hear his voice. He was calling my name and I couldn’t stop.”

On his right was the Marine who’d run away earlier.

“I could feel him firing on the right side of me,” Alston said. “He came up before me and a round cut him in half. He died.”

Three rockets Alston carried failed to fire, despite his squad leader’s attempt to re-cock them.

With dead Marines to his right and left, Alston figured he’d be next.

Then there was an explosion.

He went back up the hill firing as enemy grenades were thrown at him. Alston shot one man, who fell into a hole. He tossed a grenade in the hole.

Another enemy soldier threw a grenade at Alston.

“I shot him in the head. I was meaning to shoot the grenade,” Alston said.

The enemy’s grenade exploded nearby. Alston and other Marines made it over the hill and started firing. The commander then ordered a ceasefire.

Alton’s left jaw was paralyzed from the grenade explosion. He used a knife to pull shrapnel from his left leg and poured water on it. Thirteen Marines and 13 enemy soldiers were killed. He remembers the fly-covered enemy bodies.

He and other Marines were sent to Quan Tri, where he had his first and only shower and one of only two hot meals during his 10 months in Vietnam. He spent eight hours in the only tent he ever was in.

“The tent next to us got hit by a rocket and everybody got killed, approximately 20 people. They splashed like flies against the sandbags,” he said.

Next, the Marines went to a fire base, where artillery was fired, called The Rock Pile.

“I saw acres of dead bodies of NVA, as far as the eye could see, that was hit by the B-52 bombers,” he said.

The bodies were decayed and animals had eaten off them.

From there, Marines went to Happy Valley near the Cambodian border. The Marines uncovered freshly dug NVA graves, because enemy soldiers often stashed supplies and weapons in them. They only found enemy bodies. Some of the men used the graves as toilets, but Alston didn’t.

The men ran out of food. Alston even ate the food he’d carried for a scout dog he’d only seen once.

He drank contaminated water from rice paddies. His wounded and infected left leg swelled from thigh to ankle.

A chopper dropped off food and supplies. Alston’s commander called for a Medivac to take him to Phu Bai for medical assistance. After rest and antibiotics, he was sent to the Third Combined Action Group in Hue.

He’d be sent to Cam Ranh Bay and later Japan for medical treatment of his leg, before being assigned to the United States.

He landed at Travis Air Force Base in California on a stretcher. He saw Americans protesting against the war.

“And it was directed at us,” he said.

He later went on convalescent leave in Houston. There, he planned to get a haircut before seeing his intended in-laws, but was denied due to his race and was escorted out of a barbershop.

“I came from Omaha and had never experienced that and I’d come from Vietnam — a wounded Marine — and I couldn’t get my hair cut,” he said.

He’d be reassigned to Camp Pendleton. He took leave, went home to Omaha and married his first wife. He was transferred to a security department in California.

But he began having flashbacks. Sights, sounds and the stench of war would return.

In his dream, Hill 881 was steeper than ever.

“I was grabbing the enemy and beating him. If I let go, I’d fall down the hill,” he said.

Alston and his wife had four children. He got out of the military in 1970, graduated five years later with a degree in education from the University of Nebraska at Omaha. But he couldn’t find a job.

His wife and he later were divorced. He remembers being in a garden, praying.

Alston and the children moved to California and he’d work for the U.S. government. He’d accept supplies from contracting agencies for projects including the Trident submarine and Hubble telescope.

He remarried in 1989 and moved back to Nebraska.

Alston retired in 1998 and is an elder at Hope Lutheran Church. Now, 70 years old, he has diabetes, irritable bowel syndrome and fibromyalgia. He attributes those conditions and his grandchildren’s skin disease to the defoliant Agent Orange, sprayed in Vietnam.

If he had it to do again, he’d still serve his country. He believes God has blessed him.

“When it felt like God’s hands grabbed me and pulled me off the hill (during the explosion),” he said, “it was the softest thing you can imagine.”

Getting involved in Operation Christmas Child

How do people get involved in Operation Christmas Child?

Melissa Lanzourakis has been on a mission.

A duplex in northwest Fremont was evacuated early Monday morning after a basement fire, according to the Fremont Fire Department.

The Libertarian Party of Dodge County will host its bi-monthly liberty round table discussion at 6:30 p.m. Thursday at Tin Lizzy Tavern, 1682 …

In honor of National Diabetes Month, Hy-Vee Inc. will provide free Hemoglobin A1C screenings throughout its eight-state region during November.

Walter "Ted" Carter Jr. didn't have much time between finding out he was the priority candidate for the University of Nebraska's next presiden…

The annual audit of Fremont Public School’s finances went well and staff members were commended for their work.

The public is invited to the dedication of the Dunklau Center for Science, Math and Business at Concordia University in Seward.

The VFW Auxiliary will meet at noon Monday at Godfather’s Pizza in Fremont.

Bob Yanike hopes people really will get lost in the moment at the next Broad Street Revue concert.

The air was brisk as Cortney Schaefer walked toward one of the historic light poles in downtown Fremont.

Arthur Alston of Fremont recalls his days in Vietnam more than 51 years after the Siege of Khe Sahn and the Tet Offensive.

Private First Class Arthur Alston is shown in Vietnam back in 1968. He was in Khe Sahn and was in the country during the Tet Offensive. He was 18 years old. When he got out of the military, he was a corporal.