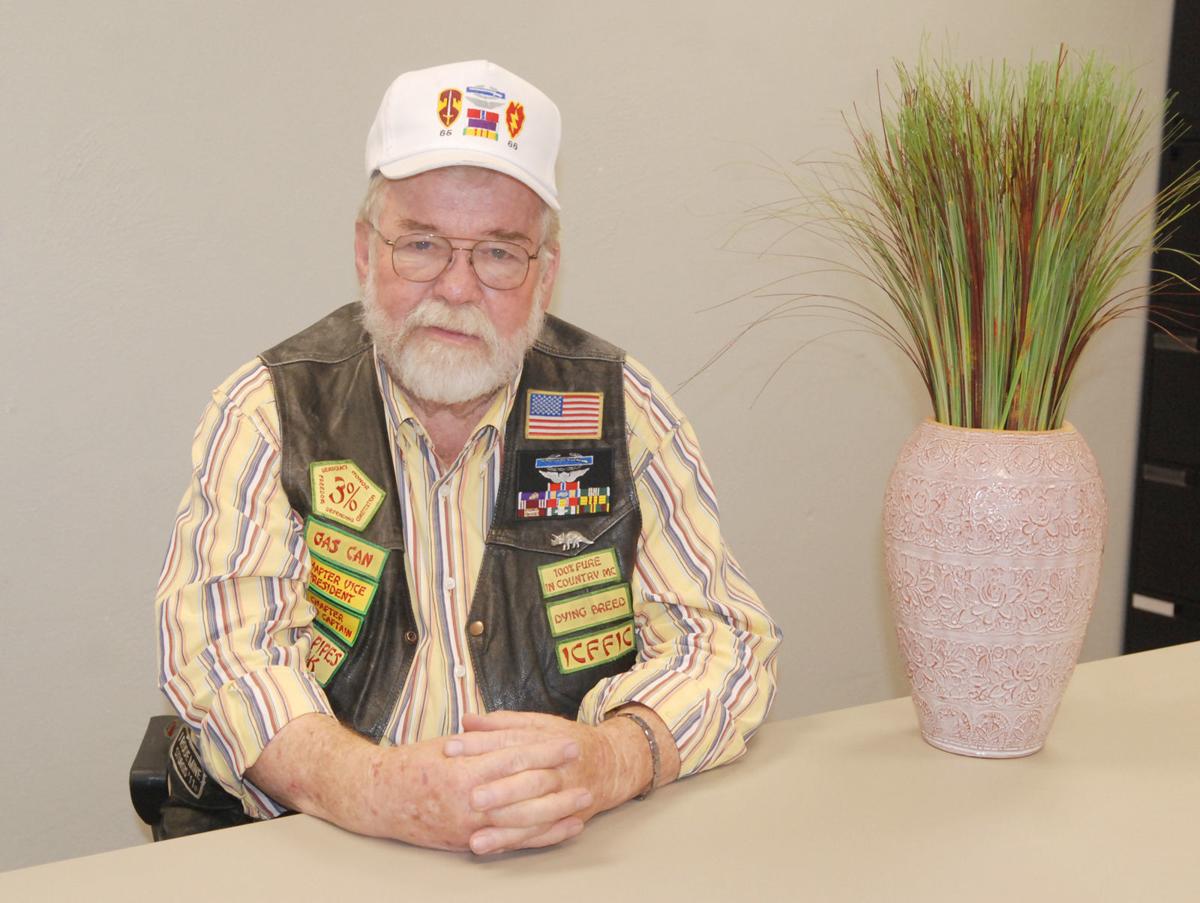 Dale Finney of Fremont plans to go to California in August to get the ashes of his uncle, Harry Franklin Carrier, who was a World War II veteran. Finney — accompanied by several other people — then will transport the ashes to the Seneca cemetery, where a graveside service is planned. 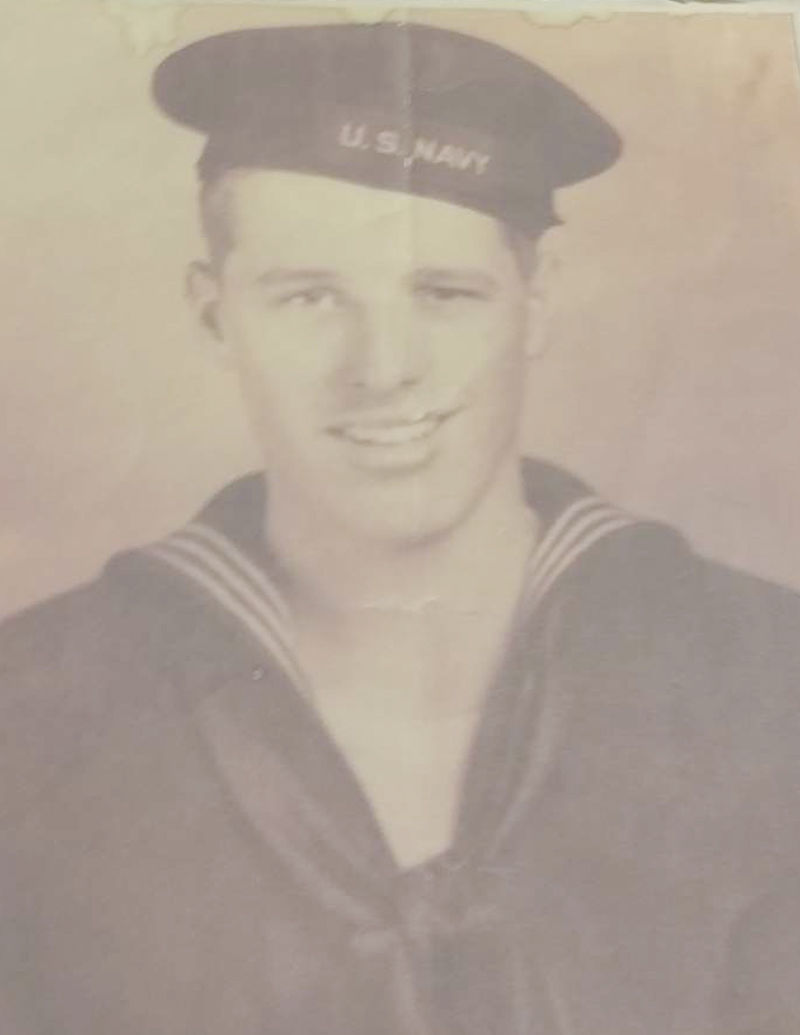 This is a photo of Harry Franklin Carrier, who served in the U.S. Navy during World War II.

More than five decades after he served in Vietnam, Dale Finney is on a new mission.

The Fremont man plans to go to California in August to get the ashes of his uncle, who was a World War II veteran.

Finney – accompanied by several other people — then will transport the ashes to the Seneca cemetery, where a graveside service is planned.

In the meantime, Finney is working to learn more about his uncle’s military service.

His uncle, Harry Franklin Carrier, was from Seneca, a village in Thomas County, Nebraska. Carrier went into the U.S. Navy in 1943 and served in the Pacific Theater during World War II. He was a seaman first class.

Finney didn’t have a lot of contact with his uncle, who died in 2002.

But in his will, Carrier requested that his ashes be brought back to Seneca.

When Finney’s dad, Warren Carrier of Seattle, mentioned that request, the local man offered to bring back the ashes.

But the ashes went missing.

Recently, however, the misplaced ashes were found and Harry Carrier’s granddaughter asked if the Fremonter was still interested in bringing them to Nebraska.

Finney agreed to do so.

“I just felt it should be done,” Finney said.

Initially, Finney simply planned to ride his motorcycle to Redding, Calif., to retrieve the ashes and return to Nebraska.

He’d later learn that other people wanted to honor the late World War II veteran by riding along on the trip back.

Finney also would incorporate some family events in his journey to California.

So Finney’s strategic plan has become a little more involved.

In early August, Finney plans to head out on his motorcycle to Alliance to see if he can find out more about his uncle. Then Finney will go to the 2019 Sturgis Motorcycle Rally in South Dakota.

Next, he heads to Buffalo, Wyo., for a family reunion and Jackson Hole, Wyo., for a wedding, before going to Seattle to visit his dad — a 92-year-old World War II veteran and Harry’s brother.

After that, Finney will go to California to get his uncle’s ashes.

“I’m going to get to spend a few days with Harry’s family in Redding — that due to the distance – I very seldom get to see,” he said.

On the return trip, Finney plans to travel across Nevada and Wyoming, concluding the trek in Seneca.

A graveside service for his uncle will start at 2 p.m. Aug. 18 in the Seneca cemetery. An Assemblies of God pastor from the nearby village of Thedford plans to conduct the service.

The village of Seneca has a community center, which will be opened for refreshments.

Finney has been touched by the response not only by the pastor and the village, but from several other people and businesses.

“The Patriot Guard and the Legion Riders are going to ride with me from Redding, Calif., all the way to Seneca,” Finney said.

Members of different chapters will ride with him during various segments of the journey.

For instance, some members may ride along for 100 miles, then drop out and those from another chapter will take over.

Members of the In Country Motorcycle Club will ride the entire way back with him.

A Christian motorcycle group from Phoenix plans to come up and ride along as well.

“I can’t believe how big this is getting to be,” Finney said. “I have a friend from Atlanta, Georgia, who’s going to fly to Eugene, Oregon, and rent a car and go on the route with us.”

Finney added that he gets calls almost daily from Veterans of Foreign Wars groups in western Nebraska. Clubs along the route are offering places to stop for meet and greets.

Motels where he plans to stay have reserved rooms for special prices.

“I’m so touched by the amount of involvement,” he said. “It makes me proud of our country and our people.”

Finney is pleased with the support from veterans’ groups.

“It makes me proud to be a veteran and belong to these different organizations,” he said.

Finney noted something else.

“I think our country is getting back to honoring vets,” he said. “And so many people are coming out of their shells and wanting to be involved in something patriotic.”

Finney has been working with the Dodge County Veterans Service Office to get a gravestone for his uncle.

A woman from his church and a neighbor crafted a temporary tombstone out of wood that resembles one from the Veteran’s Administration, he said.

Finney made the trip to Seneca this weekend to place that gravestone where his uncle’s ashes will be buried.

Those wanting more information about the trek from California can call Finney at 402-980-1669.

“I would love for people to ride out and meet us in North Platte or Cheyenne or Evanston or California,” he said.

It would be another mission for patriots wanting to honor a veteran.

Life's a Beach on Fremont Island fundraiser is June 28

A photo can say so much.

On Tuesday, Lottie Mitchell stood in front of a new opportunity for area residents.

Plans are proceeding for a $2.5 million parking apron for the Fremont Municipal Airport.

For over a decade, Miguel Moreno cut his teeth as a chef at several Italian restaurants in the Denver area.

New clothing to be distributed to flood victims

Cabi Stylists from Nebraska will be hosting an event to donate new cabi clothing to any woman that lost her belongings in the recent flooding.

The Fremont Airboat Club will be hosting a fish fry from 5:30-7 p.m. Saturday.

State Senator Lynne Walz has announced her bid seeking re-election to the Nebraska Legislature in 2020.

The Fremont City Council will consider an interlocal agreement with Yutan, a new natural gas supply contract, and a potential new individual s…

Big Give checks being distributed

Board members and staff of the Fremont Area Community Foundation have had an enjoyable responsibility lately.

Carrie Hungerford saw the look in the man’s eyes.

Drake Hegy is an outgoing 10-year-old who loves football, wrestling, baseball, golf, fishing and being a role model for his brothers, Gage and…

Mary Loftis has a question for senior citizens.

Agencies urge businesses to be prepared for disasters

Along with causing destruction to the homes of many residents earlier this spring, flooding also affected many businesses throughout Nebraska.

Those looking for some festivities before fireworks in Fremont on July 3 are invited to a special event.

Officer Howard Hanson never expected to use a nursery rhyme on the job.

Dale Finney of Fremont plans to go to California in August to get the ashes of his uncle, Harry Franklin Carrier, who was a World War II veteran. Finney — accompanied by several other people — then will transport the ashes to the Seneca cemetery, where a graveside service is planned.

This is a photo of Harry Franklin Carrier, who served in the U.S. Navy during World War II.