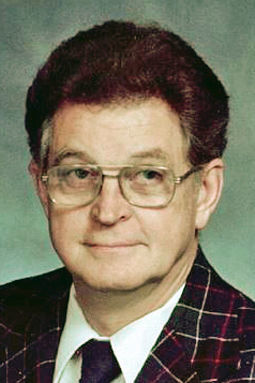 OREGON, Wis./FREMONT, Neb. – Donald Charles “Don” Stiegert, age 92, passed away on Sunday, Feb. 9, 2020, at Oregon Manor in Oregon, Wisconsin. Don was born on Feb. 27, 1927, in Bonesteel, South Dakota. He was the son of the late Charles W. and Margaret L. Stiegert. Don grew up on a farm during the depression years, which had a profound impact on his life: he was careful with financial resources, valued the simple things, loved people, and had a great sense of humor. While on the farm, they worked hard, rode horses, hunted and relied on each other to survive.

Directly after high school, Don served in the U.S. Army 85th Signal Operations Battalion as a cryptographic technician in Korea in the years following the end of World War II. This was a top-secret position that he didn’t speak about for 30+ years until the U.S. government gave the green light. He operated the Segaba machine to encrypt and decrypt messages/orders in and out of Korea. He visited the Cryptography Museum late in life with his son, Matt, and ended up giving a talk to his tour group about his time in Korea.

Don married Elaine Kreuger in 1957. They raised five children together in three places: Denver, Colorado (‘57-’65), Provo, Utah (‘65-’67) and in Fremont, Nebraska (‘67-‘83). He loved the outdoors, took his family to most of the great western national parks and later built a life around golf and many golfing buddies. Don settled on a long career as a sewing machine mechanic and factory maintenance manager for Pendleton Woolen Mills in Fremont from 1968 to his retirement in 1992. At Pendleton, he designed and built two ergonomic clothes hanging machines that could speed operations and mitigate carpal tunnel problems faced by factory workers. In 2006, Don’s daughter, Laurie, helped memorialize these inventions to workplace ergonomics: they are currently in the Nebraska State Historical Society Museum in Lincoln, Nebraska. While in Fremont, Don was a member of Good Shepherd Lutheran Church and Peace Lutheran Church. He served as an elder at Good Shepherd Lutheran Church and coached the Good Shepherd Junior High basketball team to a state championship in 1972. Don also loved to travel and made three treks to Europe, twice to visit daughter, Laurie, and son-in-law, Vince, who was stationed at Rhein-Main Air Base near Frankfurt.

In 2000, Mr. Stiegert was married to Wilma L. Wupper and made their home in Fremont until Wilma passed in 2015. Even through the fog of Don’s fading memory, Wilma left a strong impression on his heart: he remembered her fondly up to the last days of his life.

Don spent his last four years near his son, Kyle, and daughter in-law, Dawn, in the Madison, Wisconsin, area. Despite moving from Nebraska, he remained a loyal Husker football and basketball fan! Don is survived by his children, Mark of Lincoln, Nebraska, Kyle (Dawn) of Fitchburg, Wisconsin, Matthew of Pleasant Prairie, Wisconsin, Laurie (Vince) Ricchezza of Troy, Illinois, and Kirk of Norfolk, Nebraska. He is also survived by four grandchildren, Evan and Micah Stiegert and Eric and Catherine Ricchezza. Don was preceded in death by his brother, Melvin.

A memorial ceremony is planned for a future date. The family would like to thank all the great staff and nurses at Oregon Manor and Heartland Hospice. Many commented about how much fun they had with him, how he was a favorite of theirs, and how his sense of humor helped make each day better. Heartland helped immensely with Don’s last great adventure, a trip with daughter-in-law, Dawn, to Washington, D.C., on the National Honor Flight Program. Memorial gifts may be gifted in Don’s name to the Wounded Warrior Project, https://www.woundedwarriorproject.orgonate. Online condolences may be made at www.gundersonfh.com.

To send flowers to the family of Donald Stiegert, please visit Tribute Store.