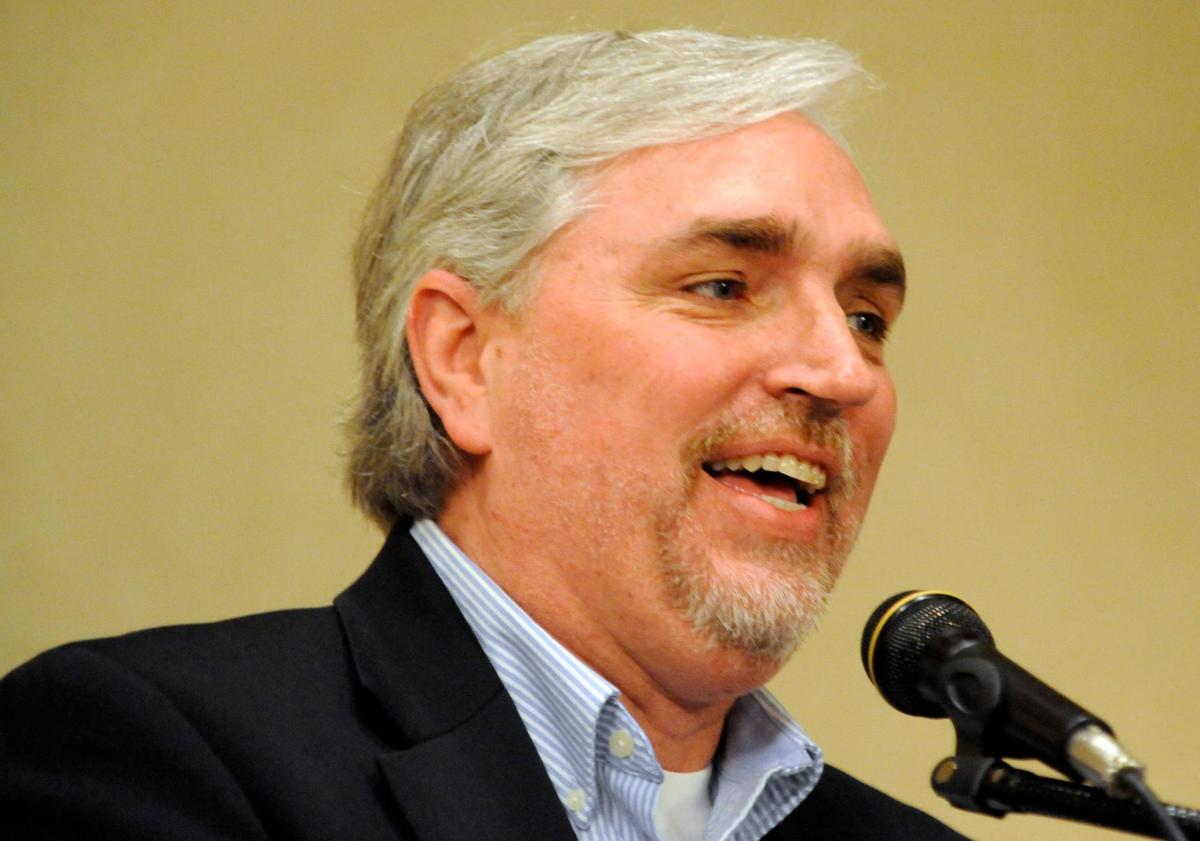 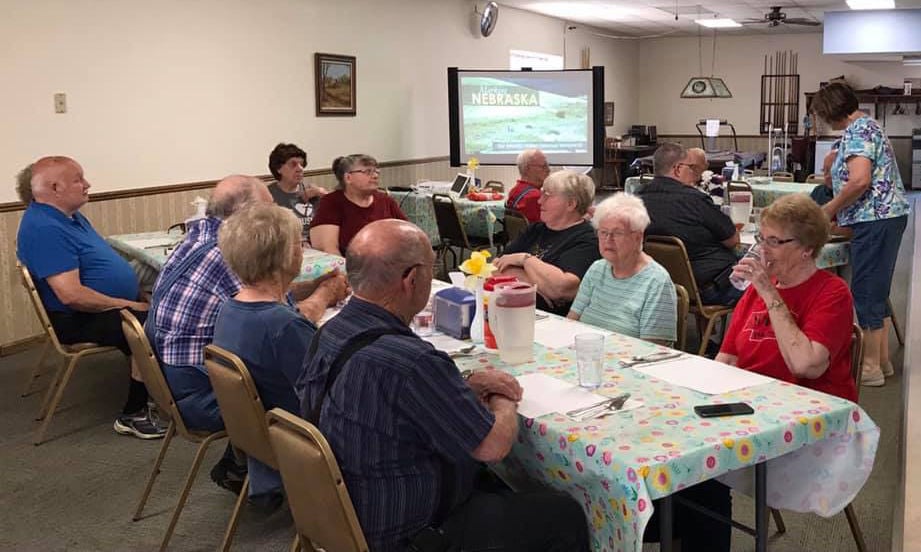 Participants at the Elwood Senior Center participate in a talk by Omaha historian and author Jeff Barnes on June 7.

Through hundreds of historical monuments throughout the state, an Omaha author will discuss the history of the Fremont region and Nebraska at Keene Memorial Library next week.

The presentation is part of Barnes’ “Marking My Territory” Book/Speaking Tour from April to November based off of his book “Cut in Stone, Cast in Bronze: Nebraska’s Historical Markers and Monuments.”

The Fremont event, which is free and open to the public, is sponsored by Humanities Nebraska. Refreshments will be available for participants, as well as a Q&A after Barnes’ presentation.

Elisa Cruz, circulation manager at Keene Library, said Barnes has previously had events at the library for members of the public to attend.

“It’s always kind of nice to have him here, and he just had this book come out about the monuments around Nebraska,” she said. “And so we got the book in the early spring, and so I reached out to him and he was happy to come.”

Barnes, a fifth-generation Nebraskan and former newspaper editor and reporter, has previously been a trustee of the Nebraska State Historical Society, chairman of the Nebraska Hall of Fame Commission and marketing director of the Durham Museum.

Barnes’ presentation will go over the state’s earliest historical markers through his collected photographs and site visits and how Nebraskans told their stories through them.

“Many of these sites are in remote locations far from towns and cities,” Barnes said in a press release. “I think with the ‘social distancing’ that we’re encouraged to adopt, seeing these monuments in natural settings that haven’t changed greatly is a great Nebraska weekend adventure.”

“Cut in Stone,” which was sponsored by the Nebraska State Historical Society Foundation, is a guide to almost 300 monuments, statues, markers and plaques across the state of Nebraska.

Cruz said those who are interested in learning about the history of their local region and state should come to listen to Barnes and ask questions.

“Fremont has a big history-loving group, and he’s always good to talk to,” she said. “He’s a really friendly guy and knows his stuff, so that’s always fun.”

Ultimately, Cruz said she wants participants to take away a deeper love for history, as well as support of the library through the presentation.

“I really hope people come and enjoy it, support the local writers and support our community,” she said.

The Fremont City Council will consider a resolution to affirm an emergency declaration that would authorize $1.75 million in repair work for a…

Fremont High School received special recognition for the success of its athletic and fine arts programs during the 2020/21 academic school year.

Calendar of events for July 1-3

The final Concert in the Park featuring Silver Moon, which was canceled on June 24 due to weather, will now kick off the John C. Fremont Days …

Participants at the Elwood Senior Center participate in a talk by Omaha historian and author Jeff Barnes on June 7.