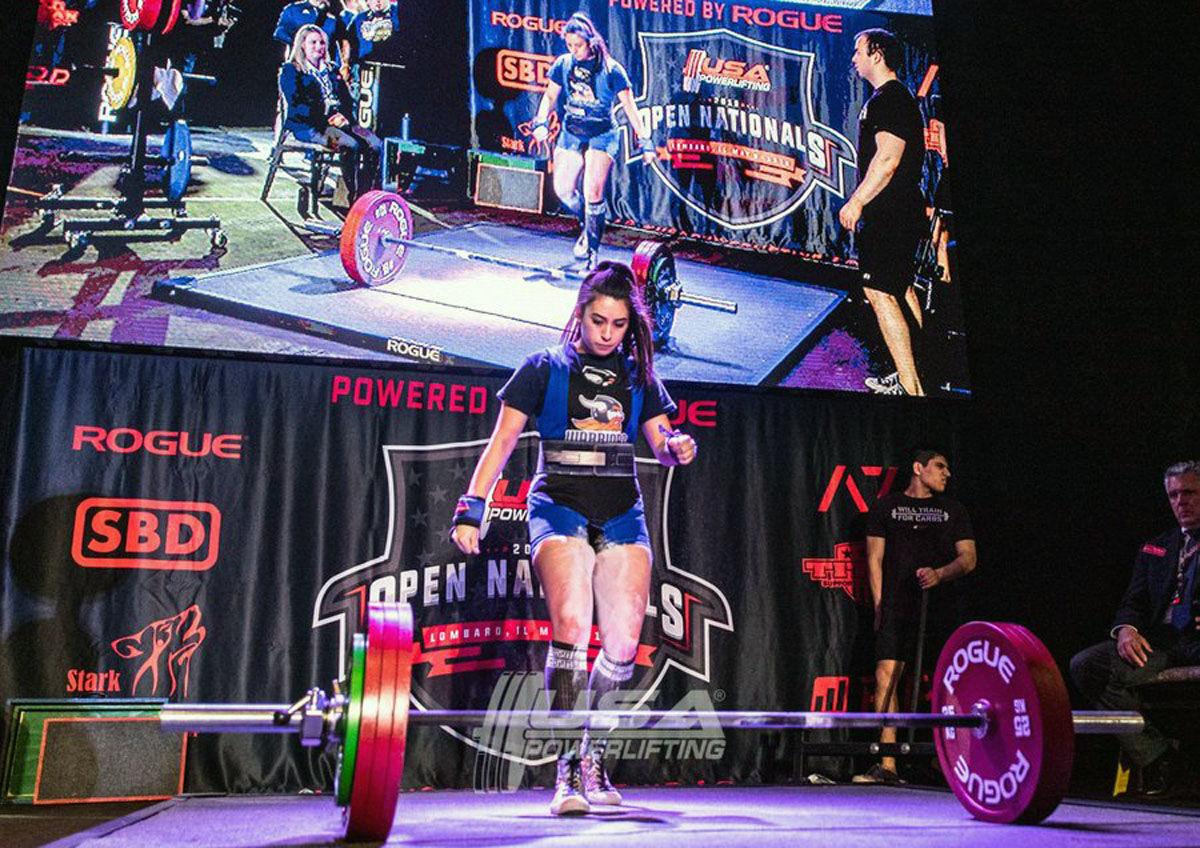 Midland University graduate assistant coach Jodel Patino prepares herself during the International Powerlifting Federation World Juniors and Sub-Juniors Championships August 26-31 in Regina, Canada. Patino earned silver in her overall weight class, gold in the bench and silver in the deadlift. 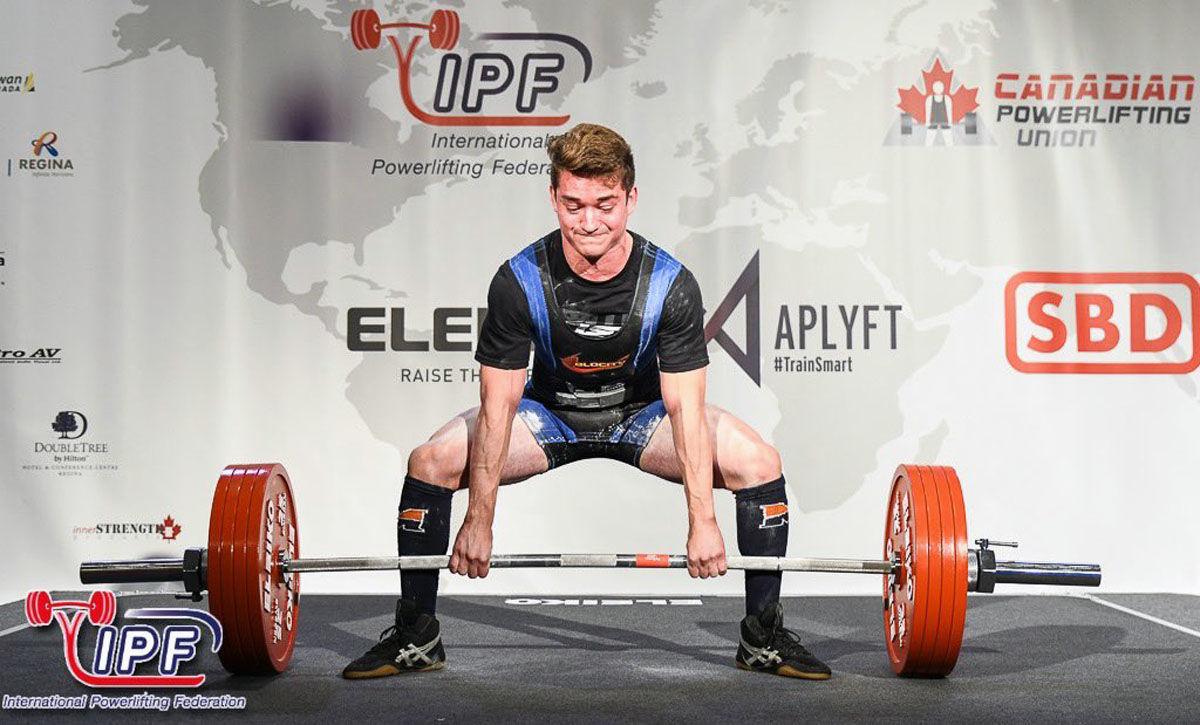 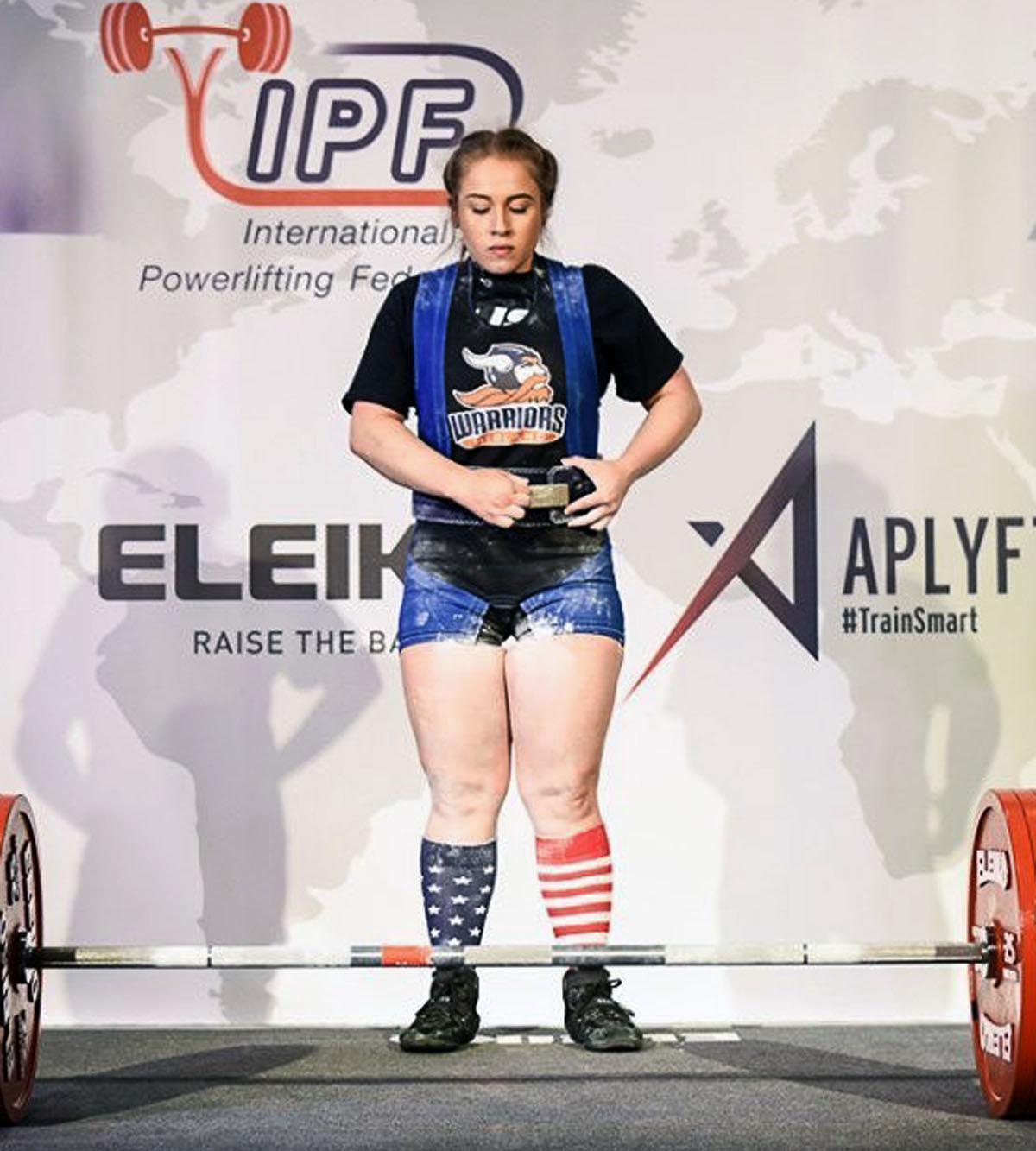 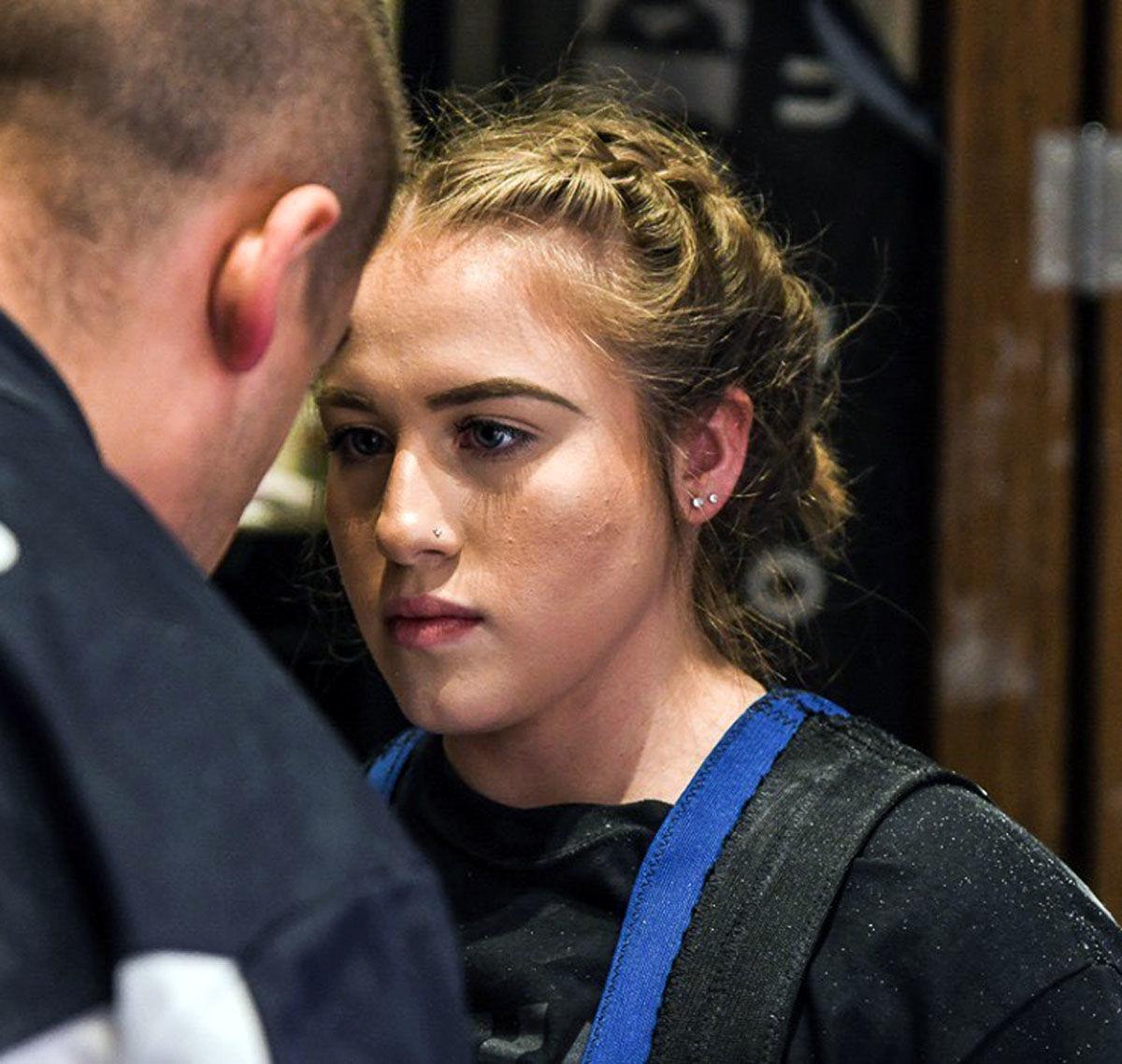 Midland University graduate assistant coach Jodel Patino prepares herself during the International Powerlifting Federation World Juniors and Sub-Juniors Championships August 26-31 in Regina, Canada. Patino earned silver in her overall weight class, gold in the bench and silver in the deadlift.

The International Powerlifting Federation World Juniors and Sub-Juniors Championships had over 100 lifters from around the world competing last month in Canada.

Out of those lifters, three were from Midland University in Fremont.

The competition was divided between juniors and sub-juniors, which are competitors under 18. Their weights in squat, bench and deadlift are added up for the grand total.

Patino and Chavez were two of nine girls that represented the United States at the event, which had competitors from countries like Great Britain and Russia. The Midland powerlifting team is coached by Tim Anderson.

Patino, who is currently pursuing her master’s degree in business administration at Midland, started powerlifting at the end of her junior year of high school. She said she fell in love with the sport after competing at state.

“I’ve loved my whole team here at Midland and the career,” Patino said. “I’ve seen the team grow so much in just the three years that I was there, and now to be a grad assistant coach, I get to see the team grow from the inside more, and I just love it.”

Patino said her competition was tough, as she placed behind Taylor LaChapelle from the University of Wisconsin-La Crosse.

“It was nice to have both of us United States girls on the podium,” she said. “It was kind of amazing to hear the National Anthem and then everybody standing up for the both of us.”

Chavez started off powerlifting her freshman year of high school, but originally was interested in wrestling. After being told her school didn’t have a wrestling team, she opted for powerlifting.

This year’s IBF World Championships was Chavez’s third time with Team USA, but her first competing in the junior category.

“I really didn’t have an expectation of what place I wanted or anything,” she said. “I was just excited that I made the team again and I wanted the podium and I wanted to represent the United States.”

For Saenz, he said he had a rocky start to his powerlifting career. After competing during his freshman year of high school, he took the next year off before returning to the sport. His senior year, he was able to make it to state and got a scholarship from Midland.

Originally, Saenz said his goal was to make a world team by his junior year of college, so he was shocked to make it as a sophomore.

“It was kind of surreal because I was years ahead of what I thought I would be doing, as I hadn’t really seen myself here anytime soon,” he said. “And to represent Midland is just insane. I’m from south Texas, and I never expected to find myself in Nebraska and lift for college, much less do it at an international level. It’s just so crazy.”

Saenz said he was surprised by how quickly the IBF World Championships went by. He said at a national meet, there are many competitors, usually around 500 to 1,000.

“At the world meet, it’s very different,” Saenz said. “It’s a lot more organized because there’s less than 200 people because just one or two people get to go from each country in each weight class.”

As for the future, Saenz said his goal is to go back and sweep all the team titles at the collegiate nationals meet, where he placed third last year. But he also said he wants to provide more awareness for powerlifting.

“This meet was just so interesting, and I want to grow the sport,” he said. “I think it is the future, so I try to put the sport out there as much as possible.”

For Patino, she said she’s glad she got to represent Midland, which provided the athletes with custom gear each year.

“You can even hear when you go back on the livestream about them talking about Midland University,” Patino said. “So I’m really happy that our name is getting spoken worldwide.”

With next year being her last at Midland, Chavez said she hopes that she will continue to make Team USA with her eligibility as a junior.

“I’ve met my best friends through being on the team,” she said. “I hope that I continue to progress in the sport and I continue to represent Midland and the United States as best as possible.”