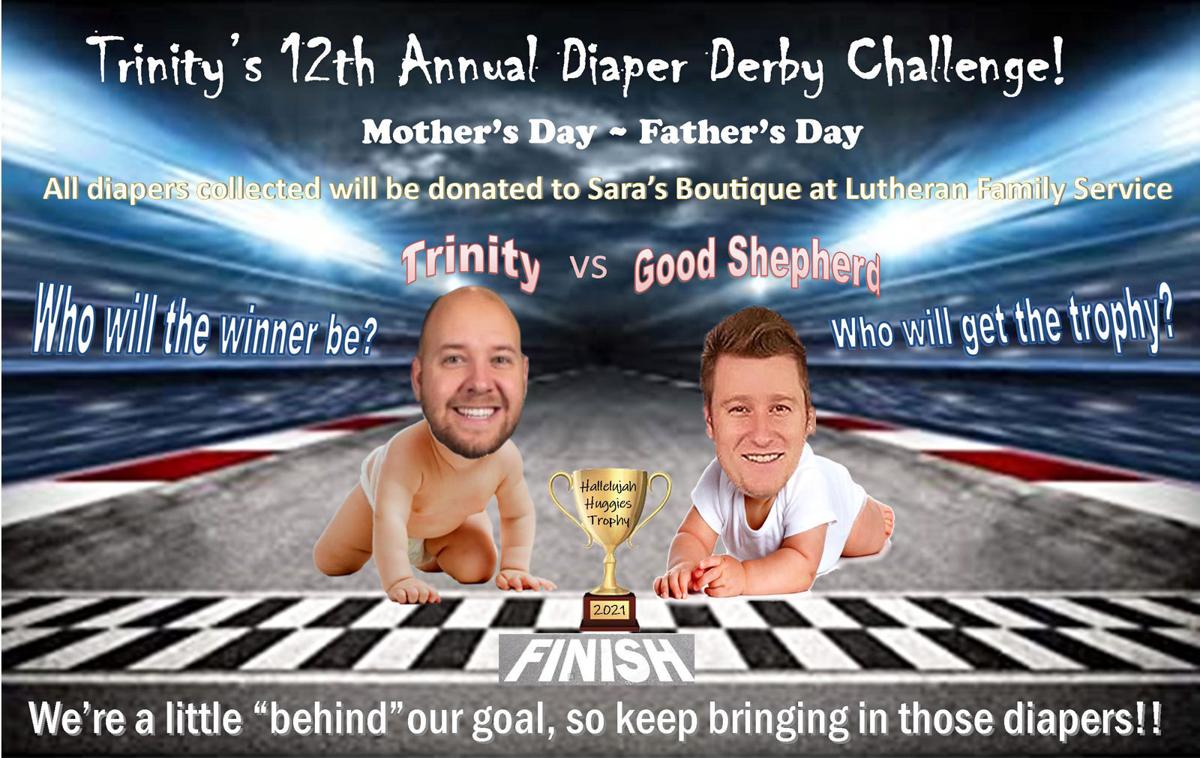 This is the poster for the 12th Annual Diaper Derby between Trinity and Good Shepherd Lutheran churches in Fremont. Diapers collected will go to Lutheran Family Services Rupert Dunklau Center for Healthy Families in Fremont. 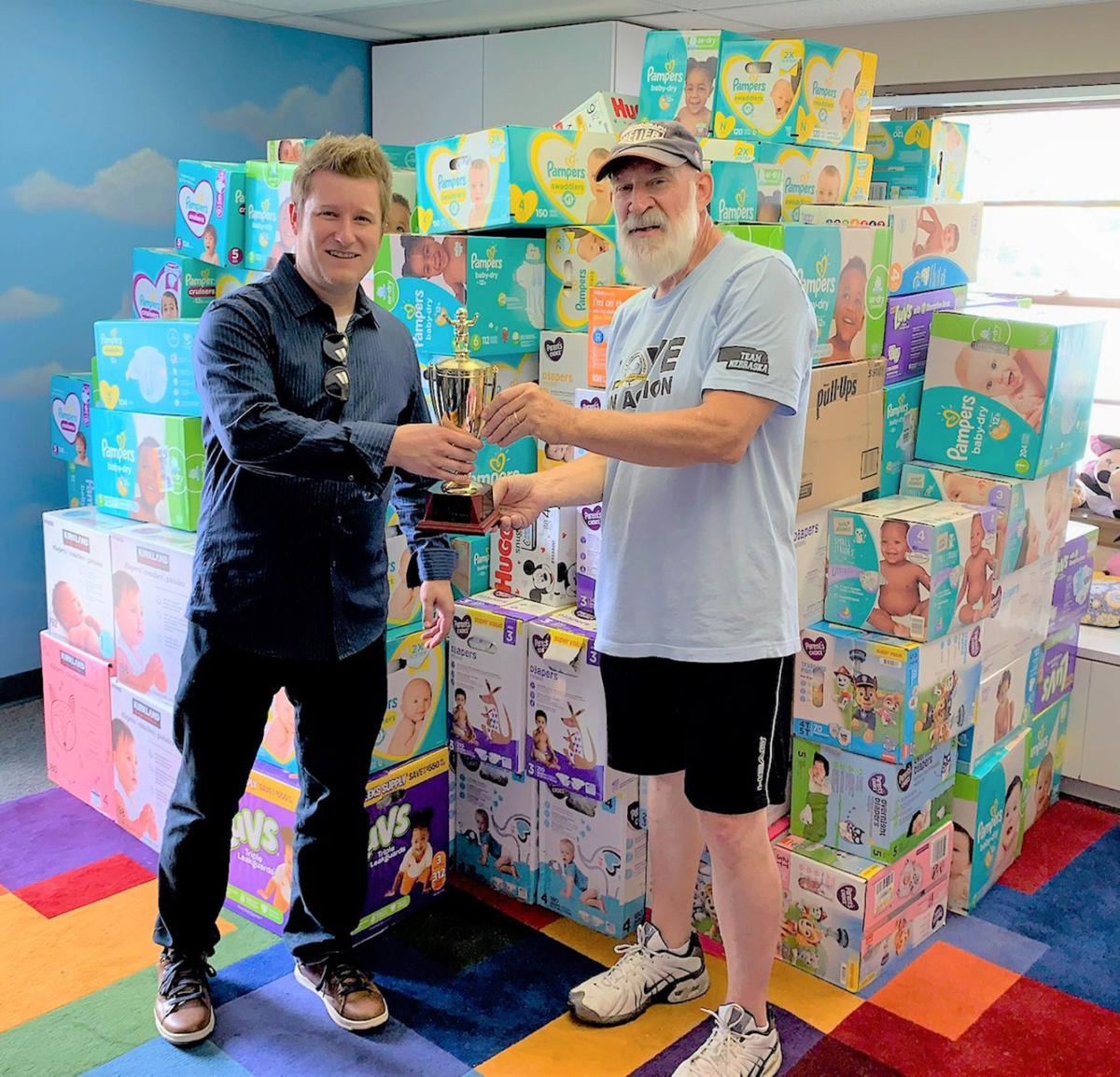 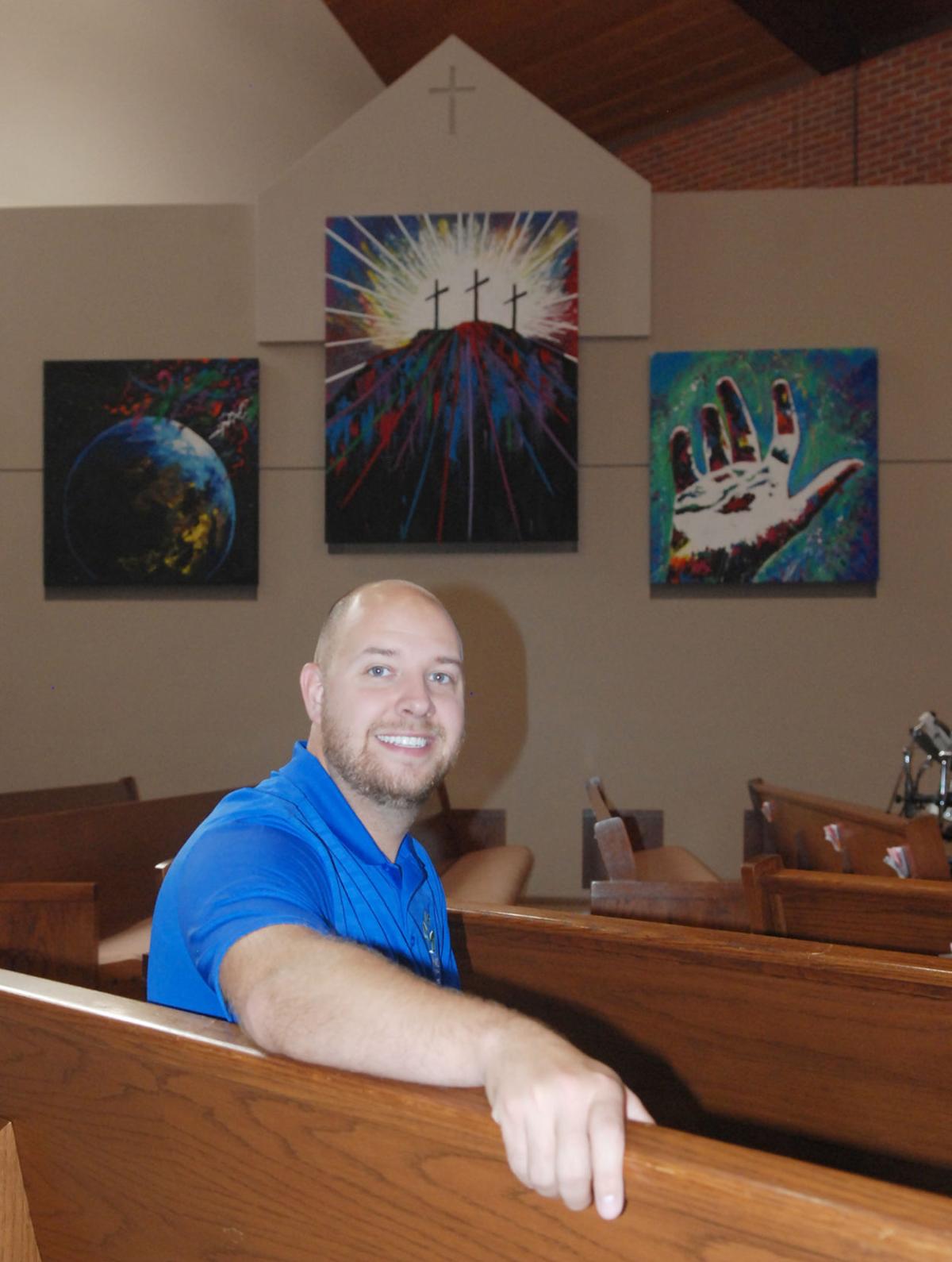 The Rev. Anthony Gerber, senior pastor at Trinity Lutheran Church, is shown in this earlier photograph. 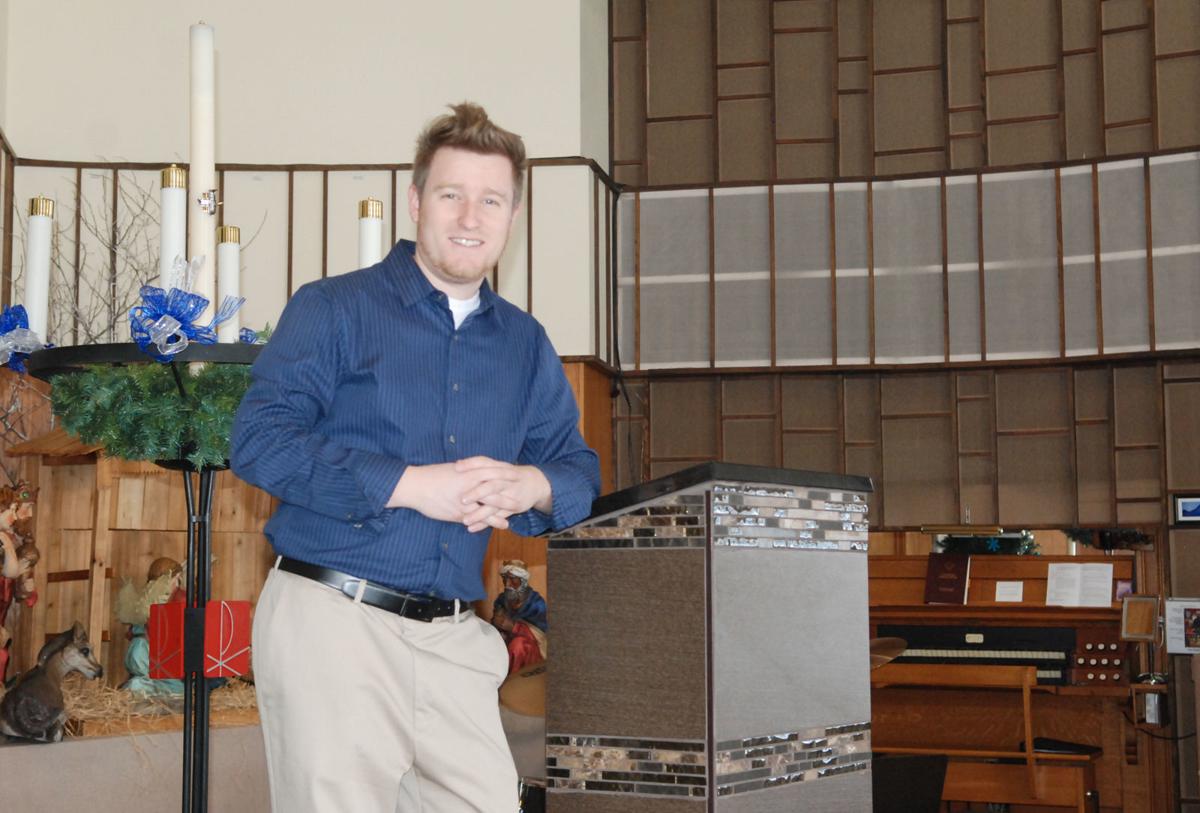 Not the Kentucky Derby.

Or a pinewood derby.

Or a demolition derby.

Instead, she’s inviting folks to join in on the 12th Annual Diaper Derby between Trinity and Good Shepherd Lutheran churches in Fremont.

For years, the churches have waged a friendly competition to see which could collect the most disposable diapers. The diapers are donated to the Lutheran Family Services Rupert Dunklau Center for Healthy Families in Fremont.

The competition began on Mother’s Day and concludes Sunday, which is Father’s Day.

In the meantime, the public has until Monday, June 21 to drop off disposable diapers during regular business hours. A final count will be made on Tuesday, June 22 and plans are to deliver the diapers on June 25.

Parishioners will learn June 27 which church collected the most diapers, winning the competition.

The winning church gets a traveling trophy called the “Hallelujah Huggie Trophy.”

Johnson, administrative secretary at Trinity, said people at Good Shepherd initially had the diaper derby idea. They approached a committee at Trinity. The first diaper derby took place in 2009.

“They agreed that the loser would fix a meal for the winning congregation,” Johnson said.

The churches maintained the meal-fixing agreement for a few years. In 2013, they decided not to have a dinner, instead opting for a traveling trophy.

Trinity now has the trophy and would like to win the derby and tie the record this year.

“Lutheran Family Services is very appreciative,” Johnson said, adding, “I don’t see how we could quit doing it. They’re dependent on us for these diapers and we enjoy doing it.”

Much camaraderie accompanies the good-natured competition and pastors and parishioners have had fun with the endeavor.

This year, the Rev. Ryan Ankersen of Good Shepherd and the Rev. Anthony Gerber of Trinity are featured in a light-hearted piece of artwork.

Photos of the pastors’ heads have been cutout and put on pictures of babies’ bodies, making it look like they’re crawling to a finish line.

“We try to have some fun with it,” Johnson said of the competition.

The goal of helping families in need is heartfelt and more serious.

Johnson said the LFS center helps people learn how to be better parents. It helps break the cycle that is repeated when neglected children grow up to neglect their own babies.

The center provides classes and activities for troubled families often referred to them by the courts.

They earn points by attending classes and doing healthy family activities with their children. These parents then may go to Sara’s Boutique at the center to “buy” items like diapers.

Johnson said disposable diapers are expensive with some of the bigger boxes costing $50 or more and families go through diapers quickly.

People who come to the center can learn how to parent and are able to provide necessities for their children at the same time.

It takes approximately 25,000 diapers to keep the boutique’s shelves stocked for a year to meet the needs of the families.

“Last year, in spite of the COVID-19 pandemic, we were still able to raise a combined total of 24,524 diapers,” Johnson said.

Besides dropping diapers off at either church, diaper donors have the option of going on amazon.com and ordering them and having them shipped directly to their church of choice.

Trinity Lutheran Church is at 1546 N. Luther Road in Fremont and Good Shepherd is at 1544 E Military Ave.

“We always say the big winners in this are the families that are served by Lutheran Family Services,” Johnson said. “They’re the ones in need and they’re the ones we’re trying to help and support. It’s a community blessing, actually.”

This is the poster for the 12th Annual Diaper Derby between Trinity and Good Shepherd Lutheran churches in Fremont. Diapers collected will go to Lutheran Family Services Rupert Dunklau Center for Healthy Families in Fremont.

The Rev. Anthony Gerber, senior pastor at Trinity Lutheran Church, is shown in this earlier photograph.