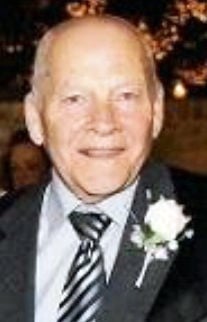 Dean was born in Springview, Nebraska, on April 19, 1936, to Gerald and Edith (Hahn) Swim. He joined the Army while still in school, graduated from Keya Paha High School in Springview, then served during the Korean War. He married his high school sweetheart, Bonnie L. Foster, on Sept. 30, 1956. For over 40 years he worked at various places, including S & S Tire, Hooper Police Department, Dodge County Sheriff’s Department, Golden Sun Feeds, Nebraska Sports and finally Arms and Ammo.

Dean was preceded in death by his wife Bonnie on June 4, 2018; a son, Kyle; and son-in-law, Stanley Beerbohm. 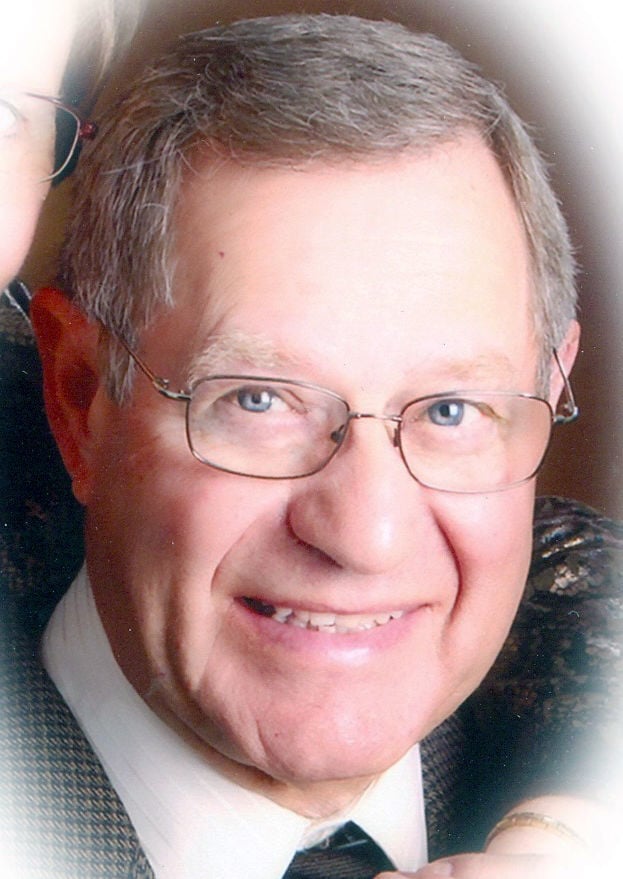 Ken was born Feb. 9, 1939, on a farm near Uehling to Harold and Grace (Wagner) Thernes. He was raised on the family farm near Hooper, attended rural schools and graduated from Hooper High School in 1956. After high school he worked in Fremont at a grocery store before going back to Hooper to open his own grocery store. He married Berniece Kriete on April 9, 1961, at Immanuel Lutheran Church. They lived southwest of Hooper until moving into Hooper in the mid-1960s. The couple continued to operate the grocery store in Hooper for a short time. Ken then worked various jobs, including clerk for the city of Hooper. He also worked for the post office for nearly 40 years before retiring as Post Master.

Ken was a member of Redeemer Lutheran Church, serving on many of the church committees. He had been a member of the commercial club, Hooper Volunteer Fire and Rescue, and the Elkhorn Valley Golf Club. Ken loved to play cards at the VFW in Hooper and could be seen driving his golf cart all over Hooper.

Ken was preceded in death by his brothers, LeRoy and Louis, and a brother-in-law, Willis Bopp. 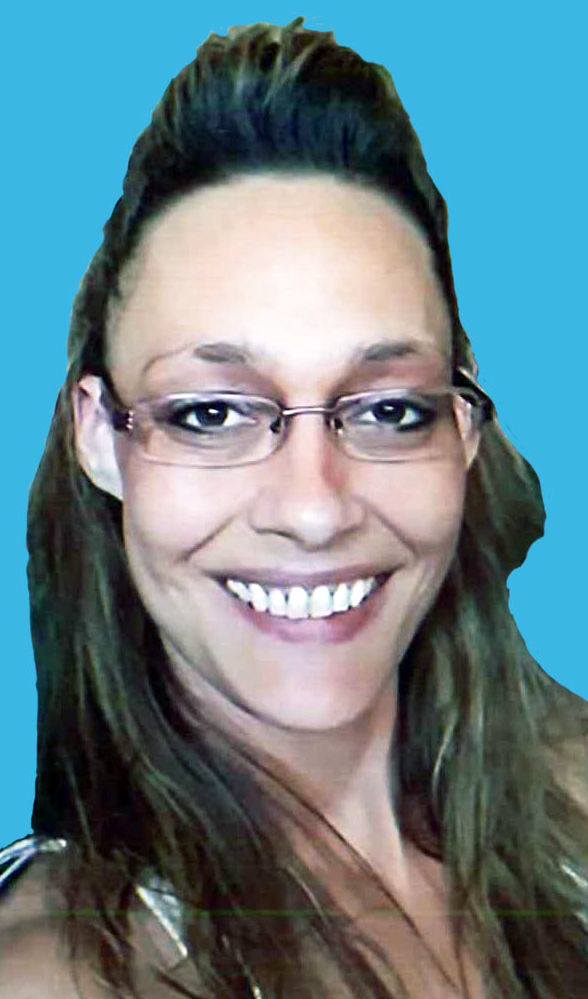 After her parents’ divorce, Brandy moved with her mother and brother, Jeremy, to Ashtabula, Ohio, where she attended school. In 1992, she moved to Scribner, Nebraska, and graduated from Scribner-Snyder Schools in 1993. After high school, Brandy worked various jobs, and most recently was employed at Valmont Industries in Valley.

Brandy loved her children, she enjoyed watching them grow and achieve their goals. She had a passion for country music, arts and crafts, and her dogs, Zola, Zeke, and Smallz.

There will be a potluck dinner and Celebration of Life for Brandy at Mel’s Bar in Scribner on Saturday, Aug. 24, starting at 3 p.m. Condolences may be left at www.duganchapel.com.

Mardell Delores Weitzenkamp was born March 25, 1931, in Oakland to Marvin and Agnes (Kohlmeier) Anderson. She grew up in Uehling and graduated from Uehling High School. She married Lowell Weitzenkamp in 1950 and they moved to a farm in rural Hooper where they lived for 50 years. The family business was farming and cattle feeding and Mardell managed all the bookkeeping and banking for the business. Mardell was an active member of St. Paul’s Lutheran Church north of Hooper and Lutheran Church Women.

Mardell and Lowell moved to Fremont in 2000 where they joined First Lutheran Church and Mardell provided food for a number of programs while she was able. Mardell was active in Fremont Newcomers for a number of years.

A Celebration of Life memorial service will be 11 a.m. Saturday, Aug. 17, 2019, at First Lutheran Church in Fremont. Visitation with the family will be Friday at the Ludvigsen Mortuary Chapel in Fremont from 5 p.m. to 7 p.m.

Memorials are suggested to the Building Fund of First Lutheran Church or to LifeHouse (formerly Care Corps).

An online guest book may be signed at www.ludvigsenmortuary.com. 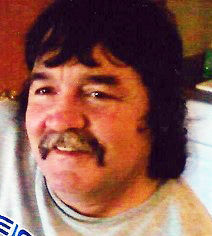 He is survived by his son, Zac Farrand of Fremont, and other family.

Celebration of Life Service is 10:30 a.m. Friday, Aug. 16, at Moser Memorial Chapel in Fremont. Visitation is Thursday from 5-8 p.m. at Moser’s.

Memorials to the family.

Online condolences may be left at www.mosermmeorialchapels.com. 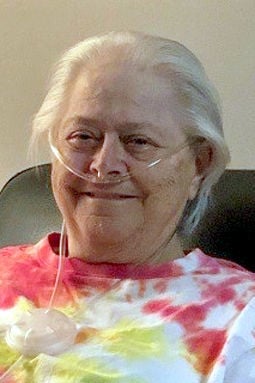 Memorials may be given to the family for future designation.

Condolences may be left online at Roperandsons.com. 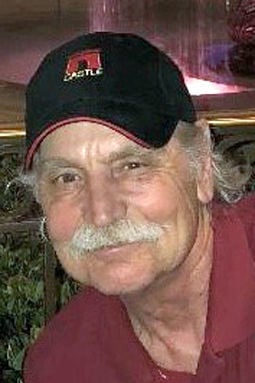 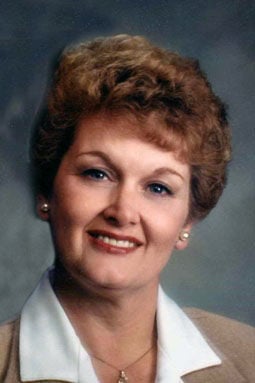 Diana K. Campbell, 77, passed away Friday, Aug. 9, 2019, at Dunklau Gardens. She was born April 15, 1942, in Des Moines, Iowa, and moved to Plattsmouth when she was 15. Diana graduated from Plattsmouth High School in 1960. After her marriage they moved to Ashland and then to Fremont in 1973. She was an insurance agent for Don Petersen and then a part owner of Inspro prior to beginning Campbell Insurance Agency in 1993. She retired in 2013. Diana was a member of the Fremont Cosmopolitan Club and taught insurance classes for the Nebraska Department of Insurance. She coached girls softball for many years and had two State Championship teams.

She is survived by a daughter, Kelly Greser (Doug) of Fremont; three sons, Larry Campbell of Sioux Falls, South Dakota, Marty Campbell (Heather) of Fremont and Randy Campbell (Kristine) of Blair; seven grandchildren and four great-grandchildren. She was preceded in death by her daughter-in-law, Mary Campbell, and brother, Steve Allison.

Funeral services will be Friday, Aug. 16, at 9:30 a.m. at Dugan Funeral Chapel. Chaplain Charles Stark officiating. Visitation will be from 4 p.m. to 8 p.m. Thursday with the family present from 6 to 8. There has been a memorial established to the Dodge County Humane Society. Graveside services will be Friday at 1 p.m. at the Lewiston Cemetery near Plattsmouth. Condolences may be left at www.duganchapel.com. 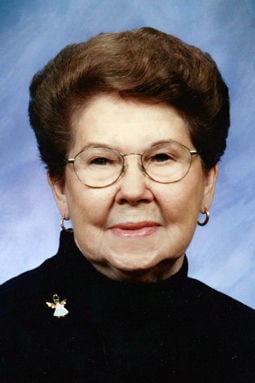 Marjoury “Marge” Purdy, 95, of Grand Island died Thursday, Aug. 8, 2019, at Tiffany Square. Visitation will be on Sunday at All Faiths Funeral Home from 5-7 p.m. Funeral services were on Monday, Aug. 12, at 1 p.m. at Messiah Lutheran Church with Rev. Robert Lewis officiating. Burial followed in Wolbach.

Marge was born on Aug. 7, 1924, to Henry and Amelia (Rieck) Hadan. She was raised and received her education in Primrose; graduating from Primrose High School in 1942. She attended Wayne State College for her teaching certificate.

After her marriage to Ernest Purdy, Marge met her life partner, Robert Stubby, with whom she has spent the last 45 years.

Marge served as the Plant Manager for Cargill for 20 years before her retirement. She was a member of Messiah Lutheran Church, where she has been on several committees. In her spare time, she enjoyed going dancing and playing cards in her youth. She also enjoyed her coffee group with her special friends, and keeping track of her grandchildren's activities.

Marge was preceded in death by her sister, Mildred Schoessler.

In lieu of flowers, memorials are suggested to Messiah Lutheran Church or donor's preference.

Online remembrances may be left at www.giallfaiths.com. 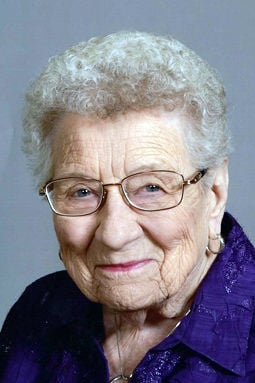 She grew up in Wahoo until 1941 and moved to Dixon, Nebraska, until 1944 when she moved to Fremont. Marjorie was a 1948 graduate of Guardian Angels High School in West Point, Nebraska. She lived in Omaha from 1948 to 1955 and attended college at St. Mary's, Creighton Memorial and St. Joseph to earn her degree as a Registered Nurse in 1952. She returned to Fremont and worked at Memorial Hospital until 1966 after that she began working at Hormel's in Fremont until retiring in 1994. During this time she also worked part-time at the Dodge County Judicial Center until 2006.

She was a member of St. Patrick Catholic Church in Fremont, American Occupational Nursing Association, Retired Nurses, Fremont Nurses Association and Catholic Daughters. She was a volunteer for Hospice and Meals on Wheels and enjoyed bowling and golf. She was a proud supporter of Bergan Catholic Schools and all of her kids and grandkids sports and activities.

She was preceded in death by her parents.

The Funeral Mass will be 10:30 a.m. Wednesday, Aug. 14, at St. Patrick Catholic Church in Fremont. The Rev. Nicholas Mishek will officiate. Visitation will be Tuesday from 5 p.m. to 7 p.m. at Moser Memorial Chapel in Fremont with a Catholic Daughters Rosary at 7 p.m. Visitation will continue Wednesday one hour prior to the service at the church. Burial will be at Memorial Cemetery in Fremont.

Memorials may be designated to Archbishop Bergan Catholic Schools.

Marjoury Purdy, 95, of Grand Island died Thursday, Aug. 8, 2019, at Tiffany Square. Visitation will be on Sunday at All Faiths Funeral Home from 5-7 p.m. Funeral services will be on Monday, Aug. 12, at 1 p.m. at Messiah Lutheran Church with Rev. Robert Lewis officiating. More information to follow.

He is survived by his wife, Lori Peterson of Kimballton.

A memorial service will be held on Tuesday, Aug. 13, at 11 a.m. at the Westside Church in Fremont.

The memorial service will be at 1 p.m. Saturday, Aug. 10, at Grace United Methodist Church in Kennard, Nebraska. Burial will be at Kennard Cemetery. 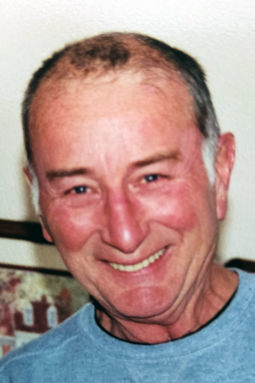 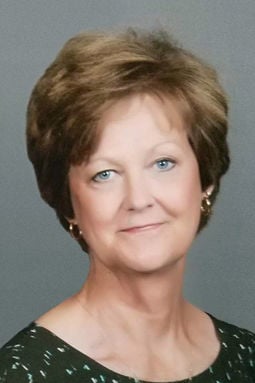 Dorla was born March 17, 1955, in Pierce, Nebraska, to Melvin and Ardith (Bostelman) Warneke. She was raised in Pierce, moved to Norfolk for a short time, before moving to Fremont. Dorla graduated from Fremont High School in 1973. She married Mike Ray on March 30, 1974, in Fremont. After her marriage Dorla worked for Valmont, then when her children were young she stayed home and did in-home daycare. After her children were older she went back to Valmont and worked her way up to Director of Benefits. She retired for health reasons in October of 2016.

Dorla was a very active member of Trinity Lutheran Church in Fremont. She loved to golf, scrapbooking and traveling to Hawaii.

Dorla was preceded in death by her father Melvin.

Take us with you wherever you go! Sign up to get the E-edition in your inbox →