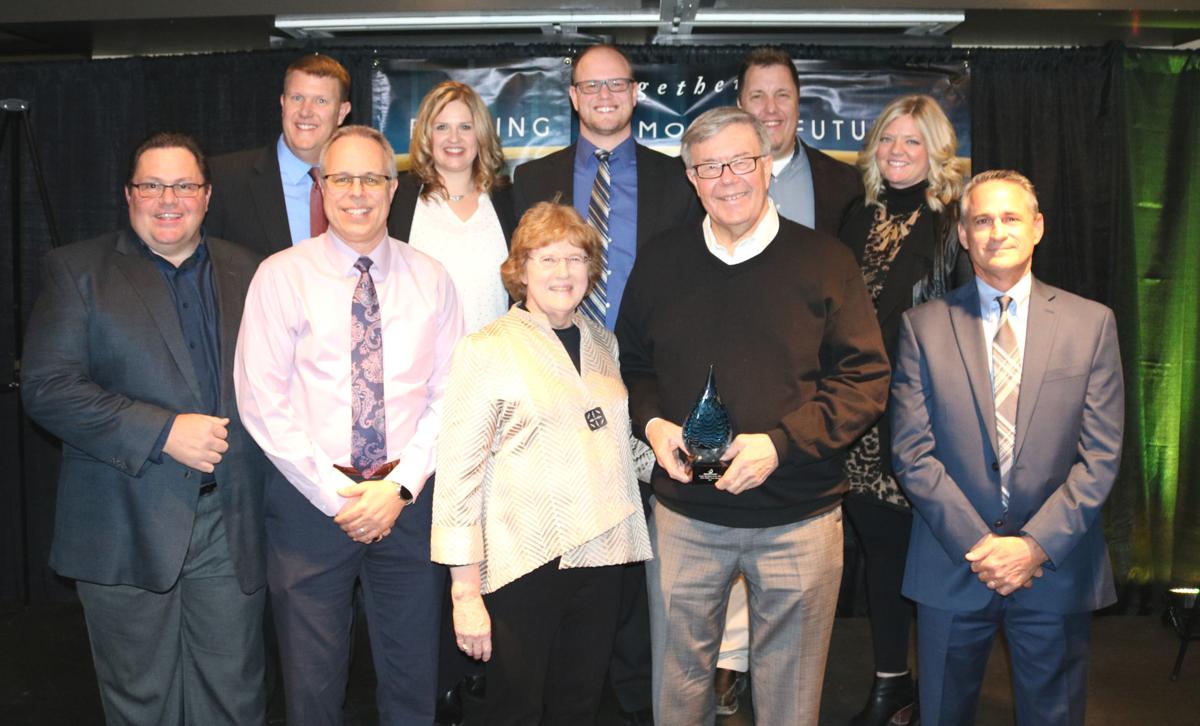 Gene Steffy Auto Group won the "Large Business of the Year" award at the Fremont Area Chamber of Commerce's annual Banquet and Hall of Fame Gala on Feb. 9, 2019. 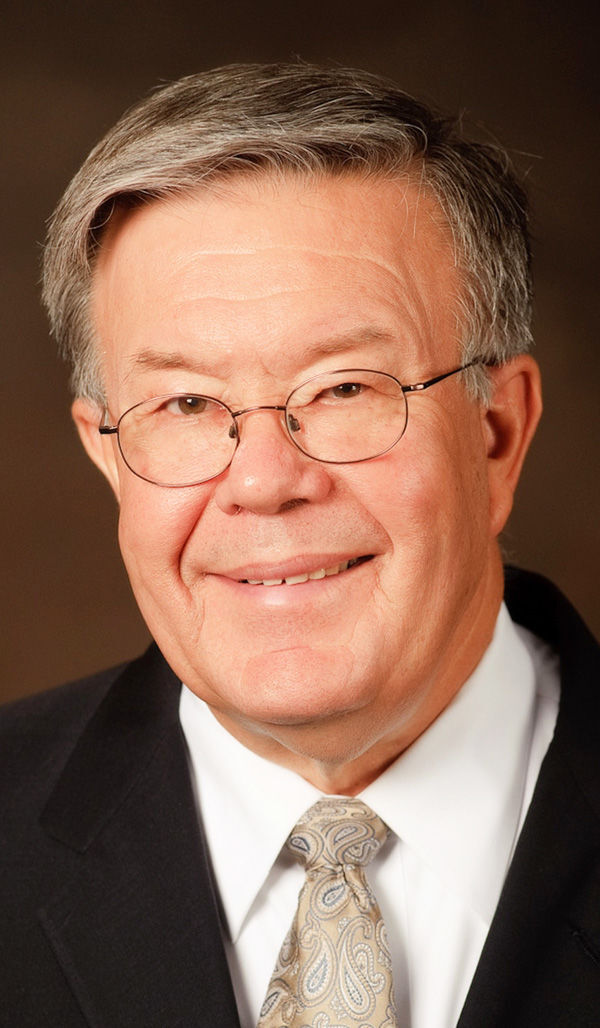 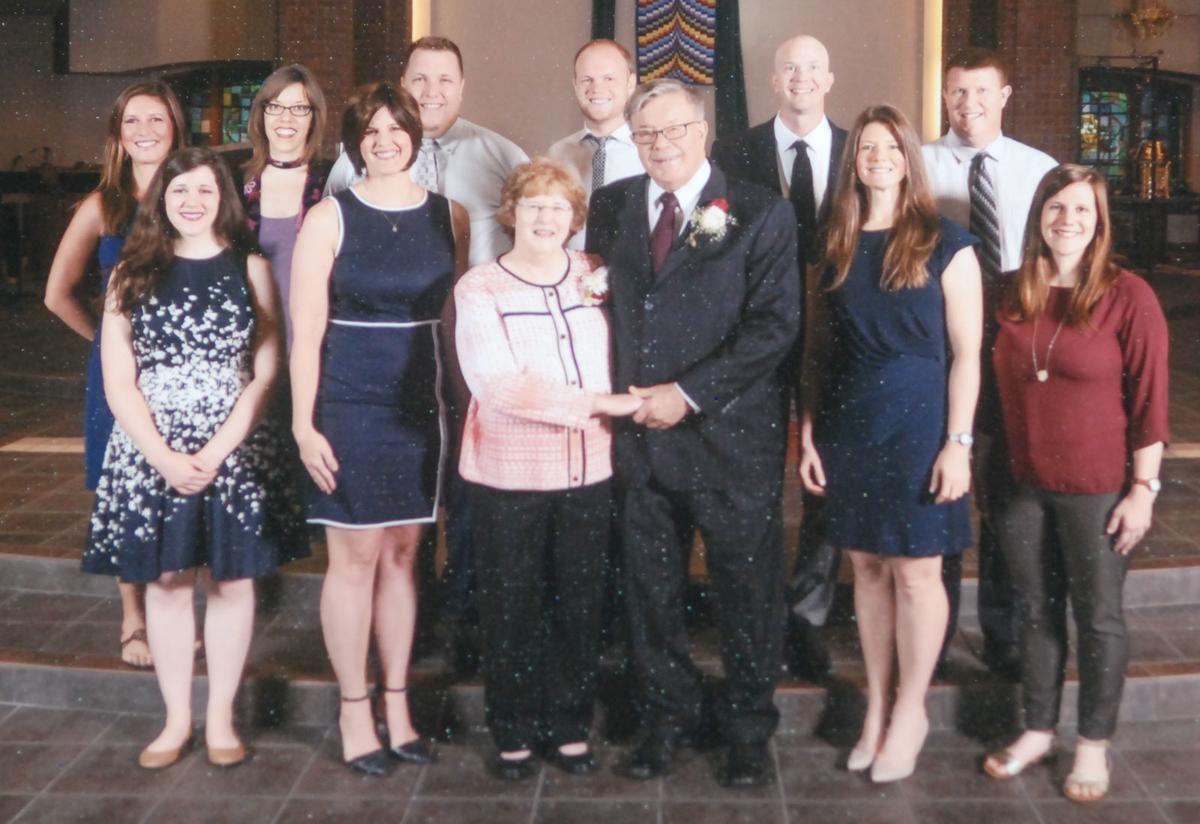 Members of the Gene and Peg Steffensmeier family back row from left are: Sheri, Lori, Chris, Ed, Kelly and Joe. Front row from left are: Kayla, Michelle, Peg and Gene, Deb and Tara. Ed, Joe and Kayla went with their parents to Germany recently. 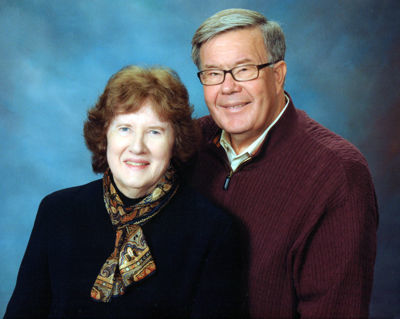 Such are the words of those mourning the loss of Gene Steffensmeier, whom they describe as a man devoted to God, his family, church and community.

The man who launched and has run successful car dealerships in Fremont and Columbus died Wednesday.

Many know Steffensmeier through Gene Steffy Chrysler, Jeep, Dodge, and Ram in Fremont.

Friends have appreciated his faith and amiable demeanor.

“He was probably one of the nicest people I ever met,” said friend, Ric Ortmeier of Fremont.

“I have not lost a competitor, I have lost a great friend,” Diers said. “I admire everything about Gene — his family, the way he does business, his very deep faith. He was a great guy.”

The Rev. Walter Nolte of St. Patrick’s Catholic Church, where Steffensmeier has been an active parishioner for decades, described his God-guided faith.

“He had a deep love for Jesus Christ,” Nolte said. “His relationship with Christ was primary. His devoted marriage, being a father, a leader in the community and the parish, was all fueled by his faith life.”

Born in Omaha, Steffensmeier grew up in Dodge, where he graduated from high school in 1960.

He earned a business degree from Creighton University in Omaha in 1964. He moved back to Fremont and managed the former Farmers Garage car dealership until it closed in 2013.

Steffensmeier and his wife, Peg, married in 1973 and had 10 children.

In 1981, he launched Gene Steffy Chrysler, Jeep, Dodge, and Ram in Fremont and the family moved here in 1995. Steffensmeier expanded his business in 2003 and started Gene Steffy Ford in Columbus.

Besides serving St. Patrick’s Church, he was a member of various boards including those of the Fremont Family YMCA, National Jeep Advertising, Fremont Area Medical Center and Archdiocese Board of Education.

He was awarded the 2019 Large Business of the Year from the Fremont Chamber of Commerce of which he was a member. He was nominated for the 2012 NADA Time Magazine Dealer of the year award.

Steffensmeier was athletic and Ortmeier, also originally from Dodge, remembers seeing him in a high school basketball game against Guardian Angels High School in West Point. Steffensmeier scored 55 points in that game and later played for Creighton.

“He was a phenomenal athlete,” Ortmeier said. “The coach took all of us underclassmen down to watch him in a game at Creighton once, in the old auditorium in Omaha.”

Friends recalled fun times accompanying the Steffensmeiers to Creighton games and out to dinner.

“Some of the best times my wife (Mary Lou) and I have had have been with Peg and Gene,” said Diers, also a Creighton alumnus. “We have shared trips together, been to New York following the Creighton Bluejays, have had tons of dinners that we still laugh about.”

Ortmeier has good memories, too.

“He invited me and my wife (Wanda) to several Creighton games and we had a great time with he and Peg,” Ortmeier said. “We just went to dinner about 1 ½ weeks ago and had a great time.”

“Gene was a Bluejay through and through. His support and enthusiasm for all things Creighton were infectious, and that energy was always present whether at an event, a game, or sitting down with him personally. I, along with the entire Creighton family, will miss him dearly,” Hendrickson said. “One of the fondest memories I have of Gene and Peggy is during my first year at Creighton. I hosted their beautiful family for a dinner. It was a truly special night.”

Those close to Steffensmeier talked about his faith, humility and fun-loving nature.

“He and I would meet each other at daily, noon Mass many, many times—sometimes twice a week, sometimes more and we always sat together,” Ortmeier said.

Ortmeier said Steffensmeier had a good sense of humor and they enjoyed each other’s company.

He and Nolte share an appreciation for Steffensmeier’s unpretentious attitude.

“For all that he accomplished in his life, he was just an ordinary human being. He didn’t have his nose in the air — although he was always much taller than I was,” Ortmeier said in a good-natured tone. “He was a very good, humble, Godly person.”

Nolte said Steffensmeier was part of the growth and life of St. Patrick’s parish.

“From the church’s standpoint, we always talk of time, talent and treasure and he was definitely generous with all three of those as is his family and he’s taught them that lesson — not by his words as much as by his example,” Nolte said.

Steffensmeier knew some church decisions weren’t easy to make and Nolte has appreciated his encouragement.

“He’d catch me after Mass and say, ‘This is a tough situation. I’m praying for you. You guys will make the right decision, I’m confident’ — which is very supportive,” Nolte said.

Even as they trust that Steffensmeier is with the God he served, local residents said they’ll miss him.

“I hope he’s there praying for me and his family,” Ortmeier said, adding, “I’m sure he is.”

“I think he’d want to be remembered as a man of faith, a man who loved his faith and his family and always put others first,” Nolte said. “He had a deep love for Peg and his family. That was evident.”

Nolte shared something else.

“Genuine, humble and generous,” Nolte said. “If I had to give a few words, those are the words that remind me of him. He was definitely a person that more of us could imitate in our lives.”

Three generations of Semrads served in the military

Louis H. Semrad had never seen anything like it.

Woman causes $6,000 in damages with car during fraud report at Fremont Walgreens

A 25-year-old North Carolina woman caused $6,000 in damages after running her car into a Nebraska State Patrol vehicle during a fraud report i…

A 36-year-old Fremont man was sentenced to four years in the Nebraska State Penitentiary for avoiding arrest and methamphetamine possession Monday.

Camp Fontanelle is offering a unique opportunity for kids and young adults.

Gene Steffy Auto Group won the "Large Business of the Year" award at the Fremont Area Chamber of Commerce's annual Banquet and Hall of Fame Gala on Feb. 9, 2019.

Members of the Gene and Peg Steffensmeier family back row from left are: Sheri, Lori, Chris, Ed, Kelly and Joe. Front row from left are: Kayla, Michelle, Peg and Gene, Deb and Tara. Ed, Joe and Kayla went with their parents to Germany recently.