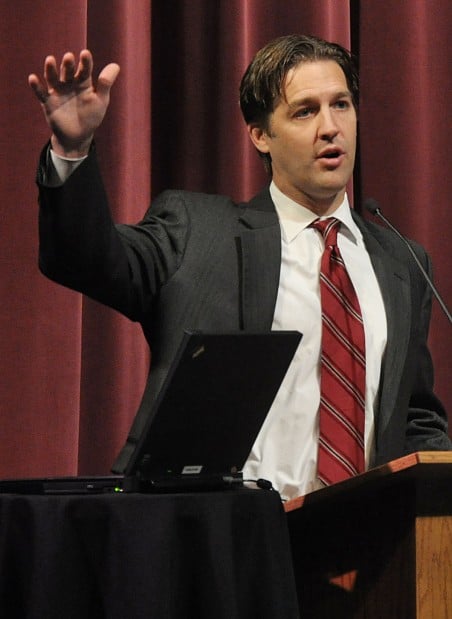 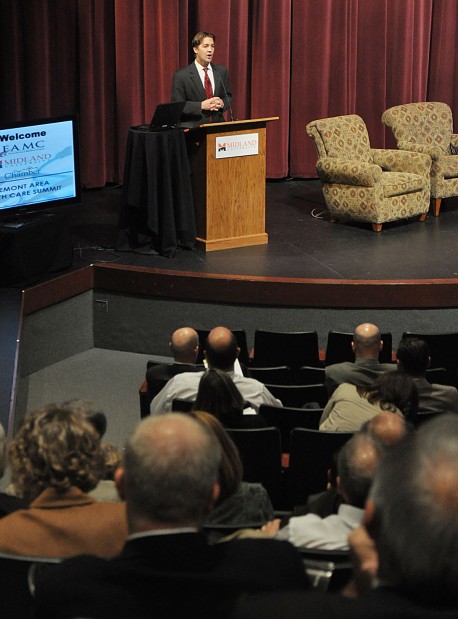 Midland University President Dr. Benjamin E. Sasse, who was the U.S. Assistant Secretary of Health and Human Services from 2007 to 2009, told about 150 people Friday to expect more federal gridlock.

Sasse was speaking on "The Politics of Health Reform - 2008 to 2014" during the Fremont Area Health Care Summit in the Kimmel Theatre on the Midland campus in Fremont.

"Lest people think that there's some broad signal that's been sent to Washington and you can expect that there will be a new bipartisanship, I would argue that the House of Representatives in particular is a far more polarized body than at any point in recent history," Sasse said.

By show of hands, about half the crowd expects to see a vote to repeal healthcare reform, but only one person thought it might actually pass.

"Fundamentally, healthcare reform, the law that was passed on March 29, creates a new entitlement, and one thing we know about the history of American politics since the Great Depression is that a middle class entitlement has never been repealed," Sasse said.

Sasse said the nation is, "faced with a moment where we have a new entitlement that was passed on the back of two entitlements, Social Security and Medicare, that are already completely unsustainable, but we have a national economic situation, where politically when we've made broad promises to the middle class in the past we've never once repealed them.

Sasse said language from the Obama camp during the presidential campaign said the bill would address costs, coverage and quality in the healthcare system, but that tone changed in July 2009 when Democrats realized they were over-reaching.

He referred to a July 23, 2009, Obama speech when, in the first 10 minutes of the speech, the president used the term health insurance reform.

"We had never said health insurance reform, we had said comprehensive health reform, systematic healthcare reform," Sasse said. "We had been saying that we were going to tackle the cost problem.

"Ultimately, the White House pivoted in that July moment and decided if they were going to have success in 2009, the only process by which they could do that was by beginning to demonize the insurers," he said.

The most overlooked result of Tuesday's election, Sasse said, were the Republican gains in gubernatorial and state legislature races across the country.

The significance is that the healthcare reform bill has its roots in a series of health exchanges that states need to build, he explained.

He questioned whether a state legislator would be more likely to craft an exchange that meets Washington's requirements, or "grandstand" with other, more locally focused ideas for political reasons.

"Completely missed by the national media at this point, but I think by far the most interesting political dynamic is not a Republican House and a Democratic White House, it is Republican governors and state legislators against a Democratic Secretary of Health and Human Services," Sasse said.

He said Obama was smart to create a debt commission of 12 Democrats and six Republicans, due to report back on Dec. 1. With unsustainable entitlement expenditures and the threat of losing part of Congress to the Republicans, the commission opens the door for Obama to gracefully shift course, Sasse pointed out.

"President Obama is going to have given himself an opportunity, come the first, second and third week of December, to pivot and become more fiscally conservative because of the commission that will be making recommendations to him that he himself empowered," he went on. "I think the national media has paid very little attention to this, and it was an incredibly astute move by the president."

Ultimately, Sasse said the healthcare bill "is an important first step" in thinking about healthcare coverage, but does not address problems that drive the growth of uninsured Americans.

"The debate that we should be having and that Washington didn't have in March and the Republicans are not advocating that we have now," he said, "is that we need to have some common shared understanding of why we have 47 million uninsured people and why that number is growing.

"Fundamentally," he told the crowd, "the message I want you to take away from this is that from 2008 to 2010 we didn't deal with the major healthcare and health sector challenges we face. From 2010 to 2012, Republicans are disinclined to do anything constructive to solve the problem, and are instead going to have symbolic repeal votes."

Summit tackles a variety of issues