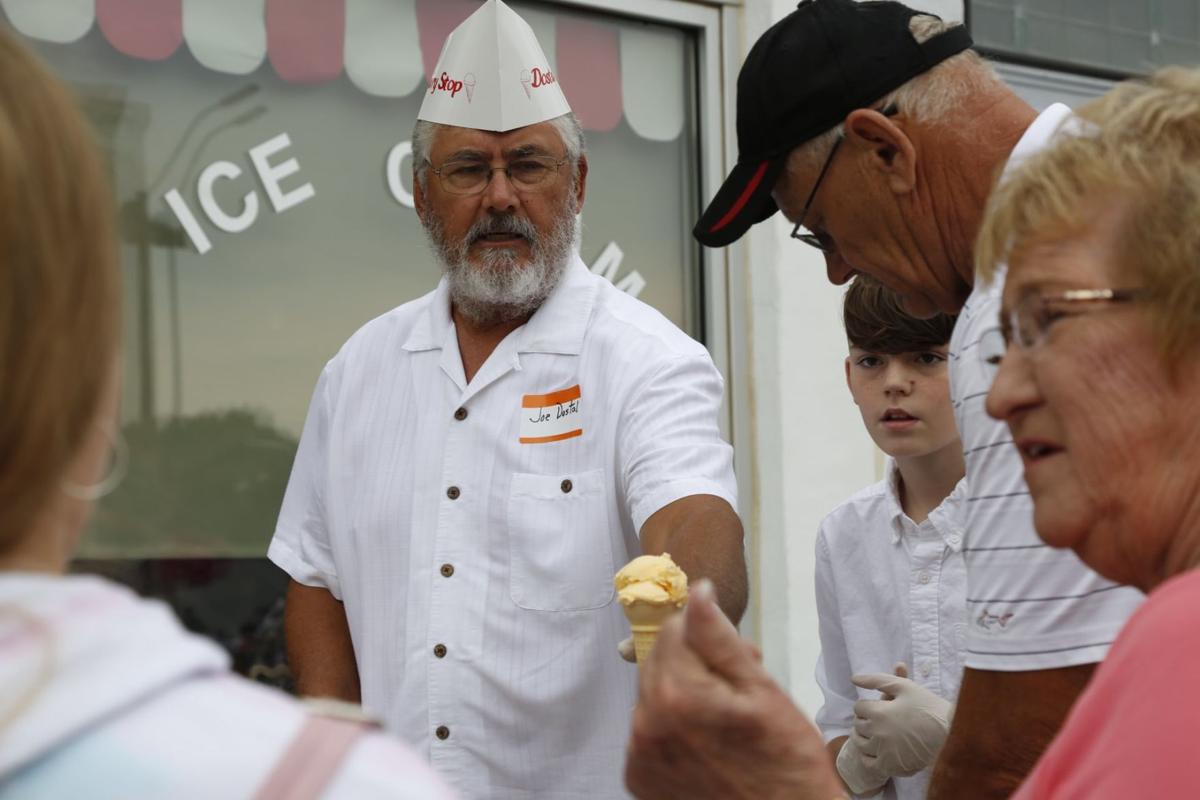 Ice cream is handed out during last weekend's 150th Celebration in Scribner. 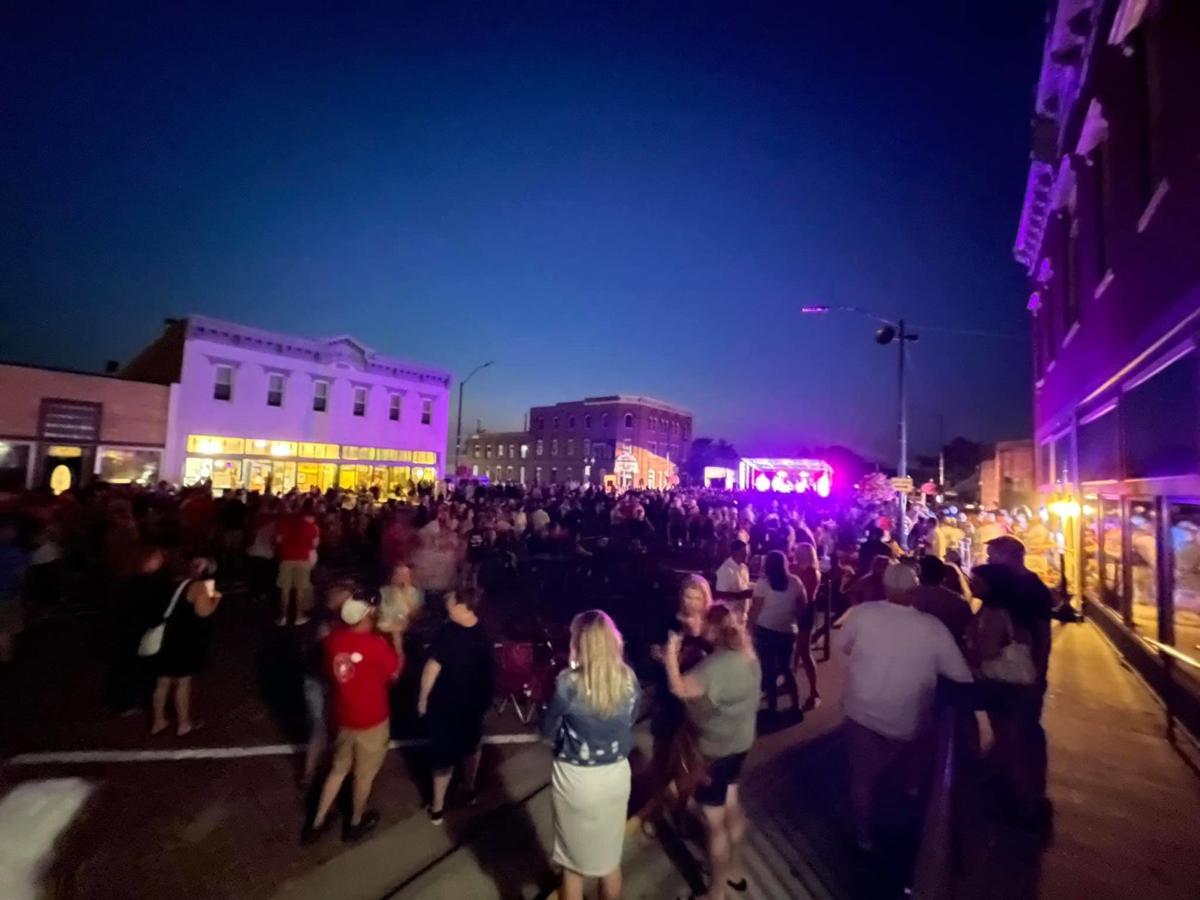 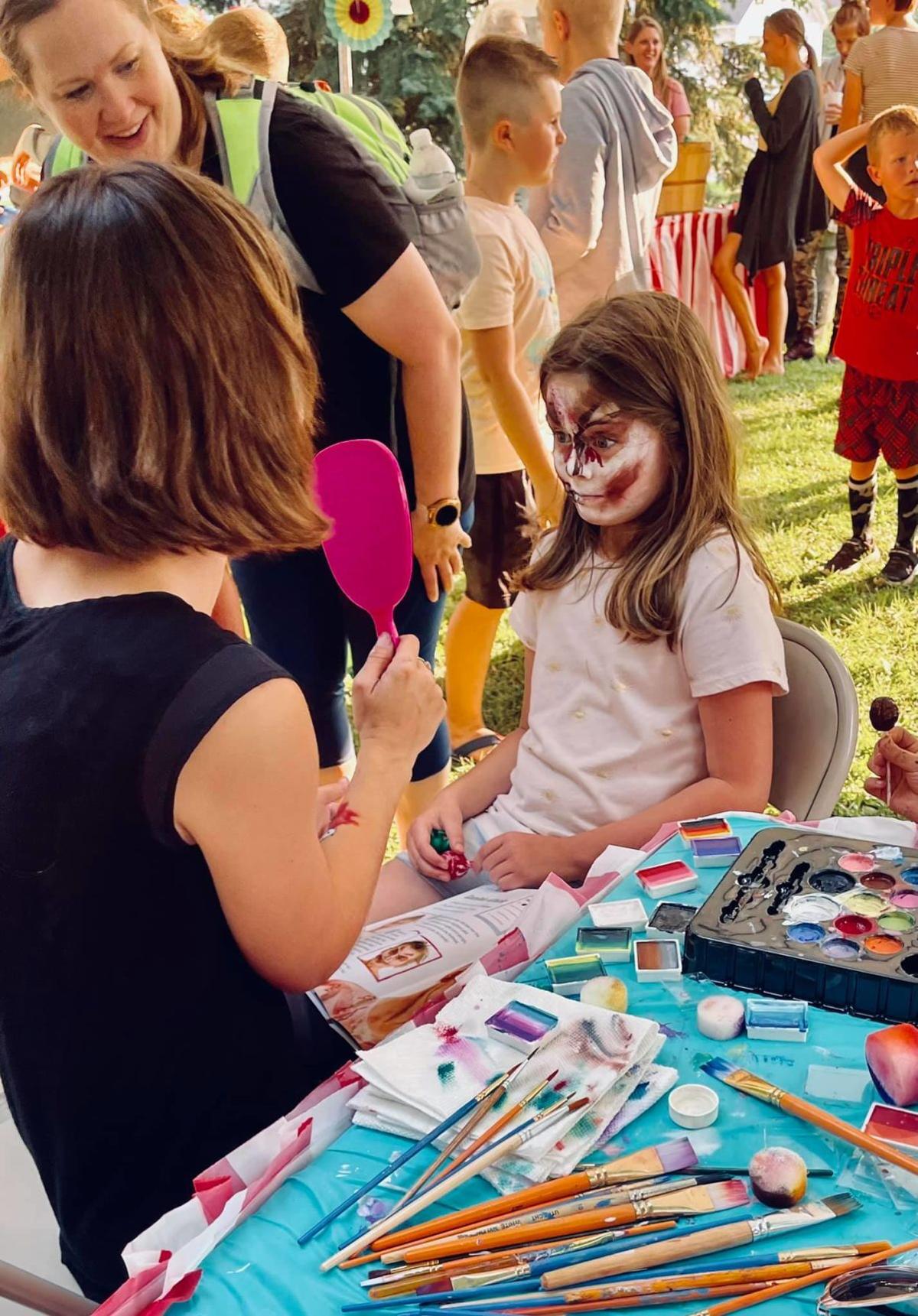 A wide range of activities, including face paintings, were available to visitors of Scribner's 150th Celebration. 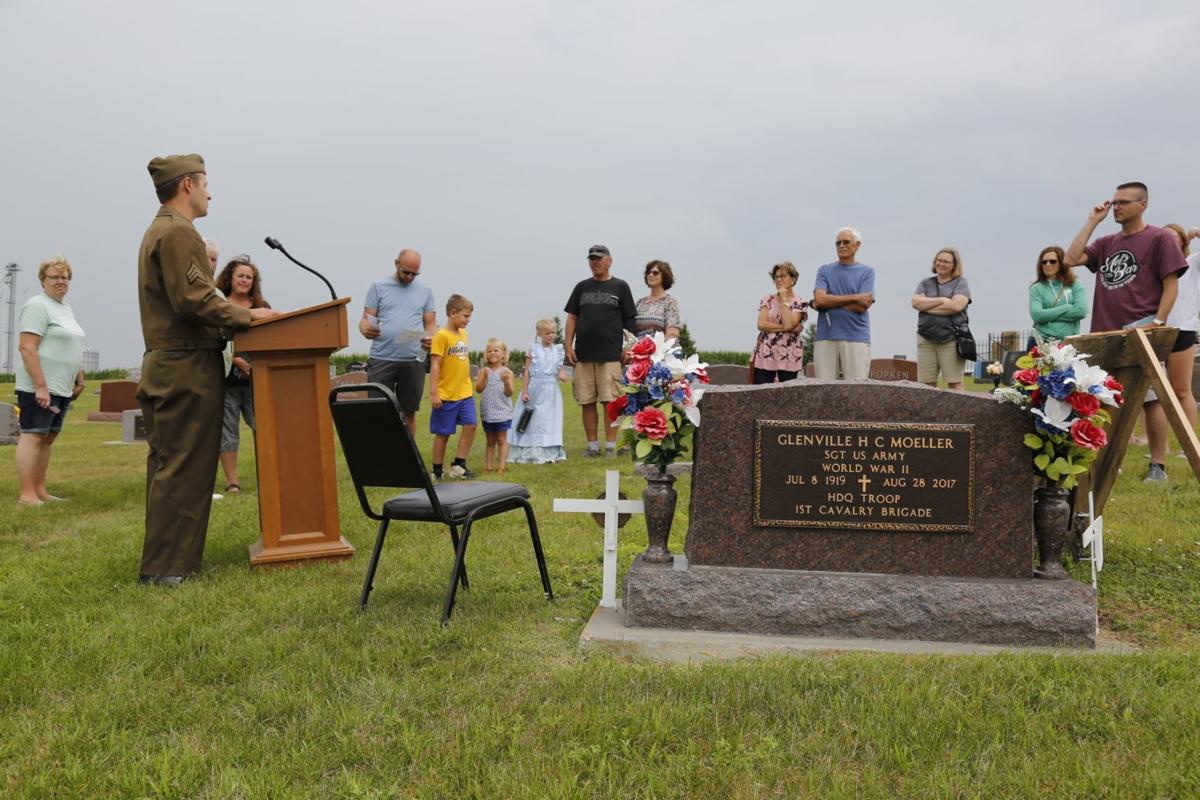 Reenactors bring some of Scribner's past residents to life during a cemetery walk. 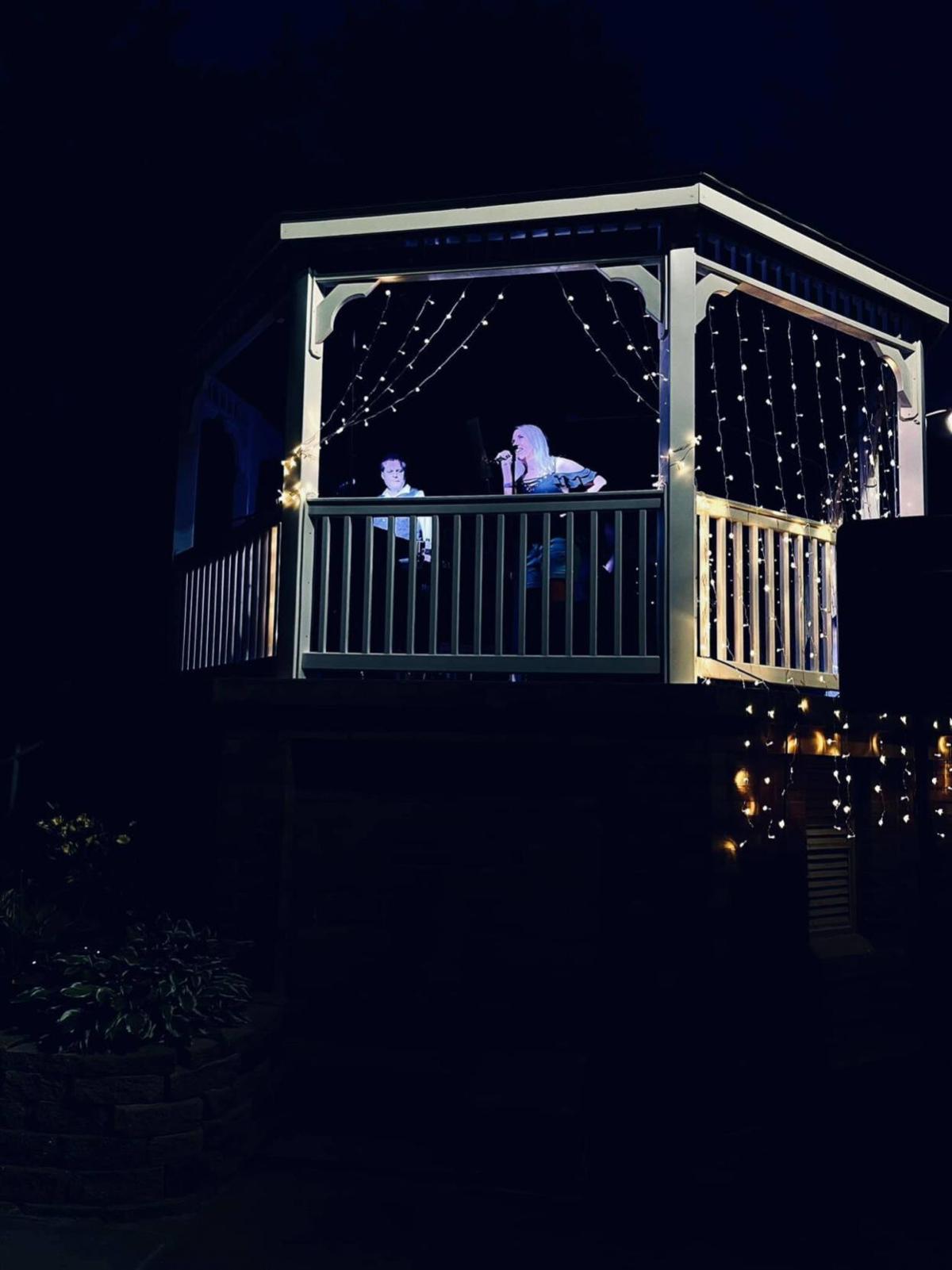 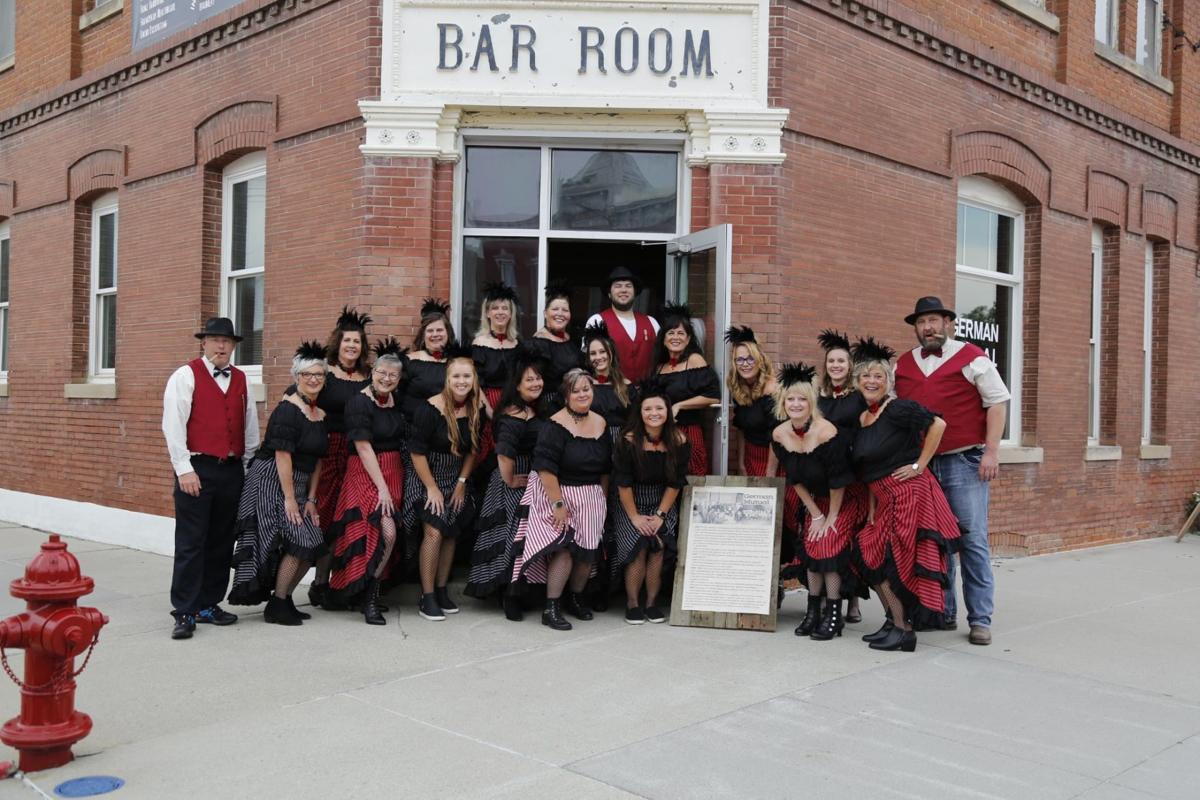 Visitors were given the opportunity to step back in time and experience Scribner's past during its 150th Celebration last weekend.

“I said I want 3,000 people in the street,” Poppe, the event coordinator for the milestone event, said. “That was the number I came up with.”

One year and countless meetings and hours of preparation later, thousands of visitors flocked to Scribner’s streets to celebrate the town’s 150th anniversary.

“It was like: ‘Holy crap,’” she said. “Because some people on the committee thought that was never going to happen and it did.”

The three-day celebration looked back on Scribner’s long history through living exhibits and guided tours and included several options for entertainment that kept people coming back throughout the sunny summer weekend.

Poppe said she realized the scope of the event during the celebration’s slate of bands on its Main Street Stage on Saturday. Performances from Velvet Haze and Charm School Dropouts, both of which carry Scribner connections, drew in large crowds.

“The fans of Velvet Haze, and we knew they were going to be a big draw, but I swear there were 300 people standing up front standing and screaming their name,” she said. “I was like: ‘Wow, this far exceeded our expectations.”

The celebration also served as a chance for Scribner natives to reconnect. Poppe said she received countless texts and messages from individuals who returned to the town after years away to see their hometown again.

“They came back and they reconnected with people and it was just a very positive experience for them,” she said.

While Poppe isn’t a Scribner native, she knows the importance of keeping small towns alive. Poppe grew up in Uehling, a small town in Nebraska with a population of about 250 people.

Poppe saw proof of that when she was approached by visitors asking how they can donate money to go toward the town.

“I had people come up to me all day that wanted to donate money and that kind of speaks a lot,” she said. “And these are people who don’t live here, so they’re not going to reap any benefit from donating money to Scribner, which was cool.”

By showing that Scribner is a vital community, Poppe said it was easy for people to jump on board and contribute to its future.

“I remember one time at a college class I had that if you have a goal and tell people about it, a lot of people will help like hell to get there,” she said.

While she said not everything went off without a hitch, Poppe said the celebration showed just how special small-town life can be.

“You hope something like that encourages people if they’re on that decision of whether they want to stay in a bigger town or move to a smaller town, sometimes something like this might help people realize how much a community means to them,” she said.

Community has remained close to Jamie Simpson’s heart throughout her decade-long career at Midland University.

Find out more about area events and meetings scheduled for July 21-23.

The City of Fremont and CR MENN will start construction this week at the Fourth and Howard streets intersection.

Two months ago, an idea hatched inside Daren Kizlin’s head.

The Fremont Planning Commission unanimously passed both the preliminary and final replat for the Fremont Technology Park during its Monday meeting.

A rodeo, carnival, 4-H shows, concert and parade are just a few of the events planned at the Saunders County Fair.

Bluffs Trinity Lutheran Church will be hosting its “Christmas in July” service at 10:30 a.m. Sunday, July 25.

Road closures to take effect as work on 505 Building begins

Ice cream is handed out during last weekend's 150th Celebration in Scribner.

A wide range of activities, including face paintings, were available to visitors of Scribner's 150th Celebration.

Reenactors bring some of Scribner's past residents to life during a cemetery walk.

Visitors were given the opportunity to step back in time and experience Scribner's past during its 150th Celebration last weekend.