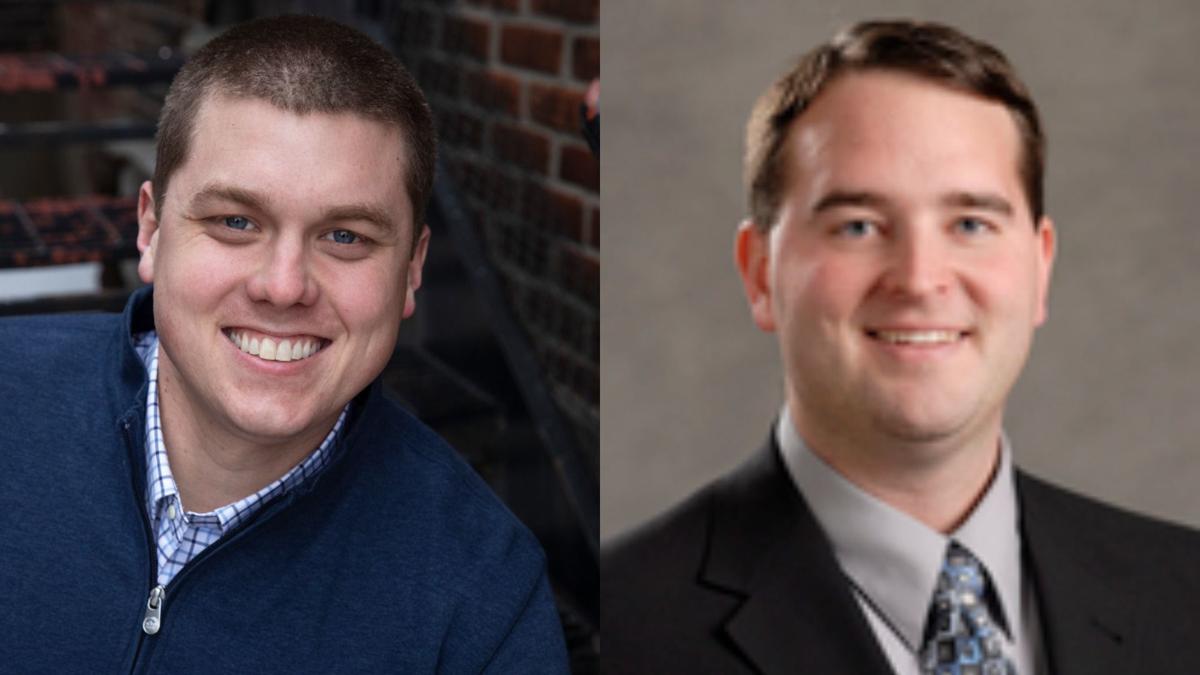 Joey Spellerberg, left, and Isaac Paden will run for the Fremont mayoral position for the 2020 election.

Joey Spellerberg, left, and Isaac Paden will run for the Fremont mayoral position for the 2020 election.

Joey Spellerberg and Isaac Paden will be two of the candidates running this campaign season.

Current Mayor Scott Getzschman officially announced last week that he would not be running for re-election after serving as mayor since 2010.

The filing deadline is Feb. 18 for incumbents and March 2 for non-incumbents. An incumbent is defined as any official in an elected position.

Paden, who has done financial planning at Northwestern Mutual for nine years and play-by-play on the radio, said he thought before about running, but finally decided to once he settled down with his kids.

“I care about the town, so I wanted to see it do well, and I think I have the skill set to do that,” he said. “So I’m just really excited to be able to help where I can.”

If elected, Paden said he wants to focus on taking care of the people who live in Fremont, rather than focusing on a potential population boom from Omaha.

“A really good friend of mine said that a community’s No. 1 asset is their people, and I think that’s definitely true,” he said. “So I want to be able to help people here, to do things they want to do.”

Paden also said he wants to make sure that the city government is working as efficient as it can.

“Not that they’re doing a bad job now by any means, but we can improve it,” he said. “My goal is always to improve from the day before.”

Another goal of Paden’s is to be extremely business-friendly, he said, and make it easier for people in the city.

“The hardest step is that first one,” he said. “So anything we can do as a city to help people take that first step, I think that’s going to improve our town greatly and give people more opportunities.”

With his campaign, Paden said he’s started a “listening campaign” where he talks to department heads, business owners and other people he runs into to see what they think needs improved.

“A town this size has a lot of different ideas of where things should go,” he said. “I’ve just been doing a lot of what I can to listen to what people want.”

Spellerberg was also born and raised in Fremont, graduating from Archbishop Bergan High School and attending the University of Alabama-Birmingham, where he met his wife, Ashley.

Spellerberg is owner of Moostash Joe Tours, a 45-year-old family business that has been nationally recognized, and is a board member of the Fremont Area Chamber of Commerce.

“This was a decision that we thought and prayed over for some time,” he said. “I am blessed to have so many supportive friends and family that have given me so much encouragement throughout my life living in Fremont.”

Spellerberg said he wanted to set a good example for his two daughters and teach them that it is better to give rather than to receive with this campaign.

“My campaign is focused on listening to the people of Fremont to learn and understand how our city can serve them better,” he said.

With the flooding last spring, Spellerberg said he saw the community come together to protect Fremont, which is something he said he wanted to replicate in his role.

“My goal is to bring that same spirit of togetherness to help us continue to grow, thrive and move forward into the future,” he said. “Fremont has an extremely bright future, and I am excited about growing our community together.”

Spellerberg also said he wanted to serve the mayoral role with the same sort of principles his father, “Moostash” Joe, had.

“Just like in running my business, any changes or decisions that are made require planning, listening, organization, and teamwork,” he said. “What I can promise is that I will fulfill my role as mayor with hard work, integrity and an unwavering commitment to Fremont.”

As his campaign moves forward, Spellerberg said he doesn’t want to focus on himself, but on the people.

“I plan to meet with, shake hands, and listen to as many of you as possible,” he said. “My goal is for you to see my heart and desire to help our community grow and prosper. Together, we can make a difference for Fremont.”