Rich Joy was his sister’s hero.

“Ever since I was a baby, I always looked up to him,” said Sally Klein of Wahoo. “He was always so sweet to me and he was always there whenever I needed him.”

It was rough when her brother died of cancer in 2018.

Klein’s family had another tough blow in February 2019, when her cousin, Erica Step, died of cancer.

This week, Klein will pay tribute to her loved ones in a unique way.

She’s donating her hair to Locks of Love, a nonprofit organization that accepts these donations to make wigs for children in need with medical conditions that have caused them to lose their hair.

At 55, Klein knows her hair donation is unusual since most donors are younger.

But in the last 15 years, she’s donated her hair four times to organizations that provide wigs to people who need them.

And she’s planning to do it again.

Klein’s hair-growing endeavors began in 2005, when her brother Bill Joy said he’d donated blood for one of his wife’s relatives who had leukemia. Klein wanted to donate but wasn’t able to because she’d just given birth to her youngest son, Joseph.

“I didn’t know what to do, but I wanted to do something,” Klein said.

About a month later, Klein was getting a haircut in Omaha when the stylist asked if she’d ever considered donating her hair.

At that time, Klein’s ponytail was about 7 ½ inches long, just short of the 10-inch minimum.

So Klein decided to keep growing her hair and donate it in the leukemia patient’s honor.

She donated 10 ½ inches to Locks of Love, which sent a postcard of thanks. The card said most recipients suffer from an autoimmune disease called alopecia areata. Other recipients are cancer survivors, victims of trauma such as burns and children with other dermatological conditions. The wigs are given free of charge.

“I had two young boys (Michael and Joseph), so short hair wasn’t a bad thing,” she said.

Klein’s hair began to grow again when one of her Omaha friends, Janet Henry, was fighting breast cancer and lost all her hair during chemotherapy.

Klein decided to grow her hair and donate it in her friend’s honor.

“She was modest and a little embarrassed that I was doing it on her behalf, but she was very pleased,” Klein said.

By that time, Klein was going to Styles Unlimited in Fremont. There, her stylist Denise Taylor mentioned that Pantene was accepting hair donations through its Beautiful Lengths program, which provides free, real-hair wigs to women living with cancer.

The minimum donation was 8 inches. So in 2007, Klein donated 8 ½ inches of hair to Beautiful Lengths. Her friend had four remissions, but her cancer kept returning and after a 15-year fight she lost her battle.

So she donated 16 inches of hair to Beautiful Lengths in 2014.

That was going to be Klein’s last donation.

She figured she was getting too much gray hair.

But as it grew longer, Klein realized she had enough hair to donate again.

She returned to Locks of Love, which takes donations of colored, permed and gray hair in good condition. What it can’t use, it sells to offset manufacturing costs.

Klein’s hair was growing when the COVID-19 pandemic hit.

“I couldn’t get my hair cut and it really grew a lot,” Klein said.

By the time Klein went to donate her hair on Aug. 28, it had grown past her waistband.

“It was very heavy and very hot,” Klein said, adding that she was wearing her hair in ponytails and French braids.

Klein’s hair was layered with some layers being longer than others. When her hair was cut, it was divided into little ponytails ranging in length from 10 to 11 3/4 inches long.

She’s put the hair into a plastic bag, which she’ll mail this week to Locks of Love in Lake Worth, Florida.

Some girls and women are sad when they get their hair cut.

Klein’s donations will be in memory of her brother, Rich, and cousin, Erica.

On Monday, Klein shared memories of her family members.

Her brother was a fun-loving, loyal and devoted family man and a huge Husker fan. Growing up, Klein and her brother played different sports in their family’s huge front yard.

He had a degree in accounting and was in management in Kalamazoo, Michigan. He had just turned 57 years old when he died in October 2018 of pancreatic cancer. He died four months after he was diagnosed.

“Family hadn’t really come to grips with my brother’s death when we lost Erica,” Klein said.

Step was an elementary schoolteacher, who lived in a suburb of Dallas.

“She was very kind, very sweet,” Klein said. “She really loved kids and working with kids and had a really good sense of humor, a funny girl, always had a smile and was always there to help out.”

Klein knows she’s not someone people typically think of as a hair donor.

“I don’t think there’s a lot of ladies my age who donate their hair,” she said. “A lot of people think of little kids and younger girls. They don’t think of people my age.”

Yet Klein said during of 15 years, she’s donated 45 inches of hair.

She’s ready to do it again and in the meantime hopes her hair has helped others.

“I hope it puts a smile on their face. They don’t have to worry about their hair anymore or what they look like or if people are going to stare at them,” she said.

On the Frontlines: Nurses talk of challenges, hope

Linda Heidemann doesn’t wear a metal helmet or a flak jacket. She doesn’t drive a tank.

National Night Out planned for October

It’s been a different type of year, but Diane Brown is looking forward to the National Night Out.

Churches founded on fertile soil of rural Nebraska by hearty believers continue to stand firm even amid the COVID-19 pandemic.

Area residents will have opportunities in September and October to safely dispose of household hazardous waste.

Bruce Mundie flew a reminder of history into Fremont Municipal Airport on Sunday.

Dean Clark had long forgotten about the email.

Mary Loftis is encouraging folks to celebrate their 65th birthday in a different way.

The COVID-19 pandemic has brought countless changes to our lives, but the importance of getting an annual flu vaccination remains. Getting vac…

Have tuba. Will travel.

Cold, rainy weather greeted Fremonters on Monday after heat blanketed the city during the weekend.

Walz talks about bills she got passed into law

Nebraskans stand to benefit from legislation that Sen. Lynne Walz introduced and saw passed into law this year.

In the midst of several much-needed rainy days, it seems appropriate that the area is hosting a water circus.

The Fremont Area Parkinson’s Support Group will meet from 1-2 p.m. Thursday, Sept. 17, under the pavilion at Clemmons Park, corner of 16th Str…

Free Fishing and Park Entry Day in Nebraska has been rescheduled for Saturday, Sept. 12.

Fremont Area Association of Retired School Personnel held its September meeting at the Congregational church. This was the first in-person gen…

Sometimes words can get a little mixed up. 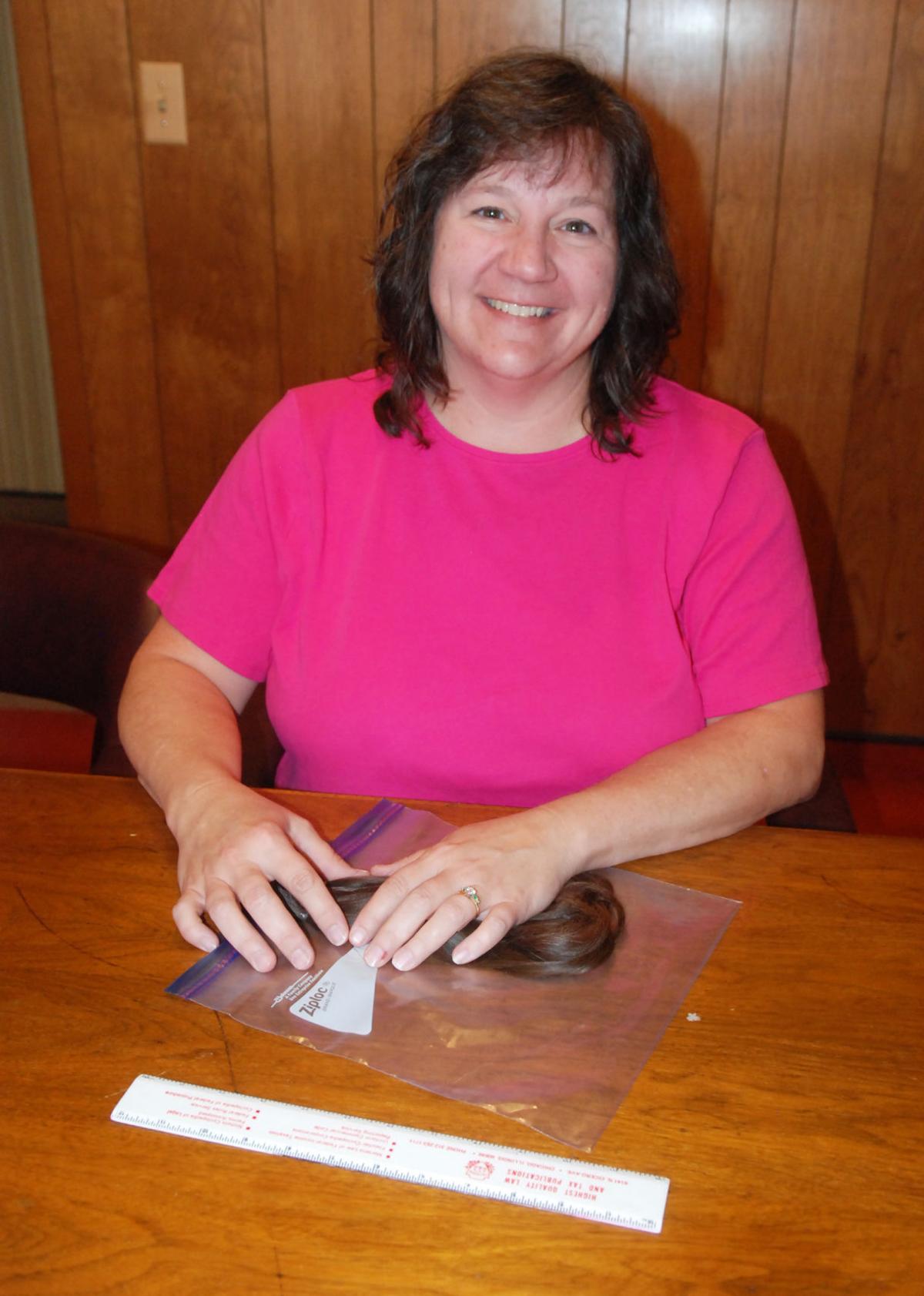 Sally Klein of Wahoo shows hair she will donate to Locks of Love in memory of her brother, Rich Joy, and cousin, Erica Step, both of whom died of cancer. Locks of Love provides wigs to children in need.

Sally Klein shows the length of some of the hair she's donating to Locks of Love. 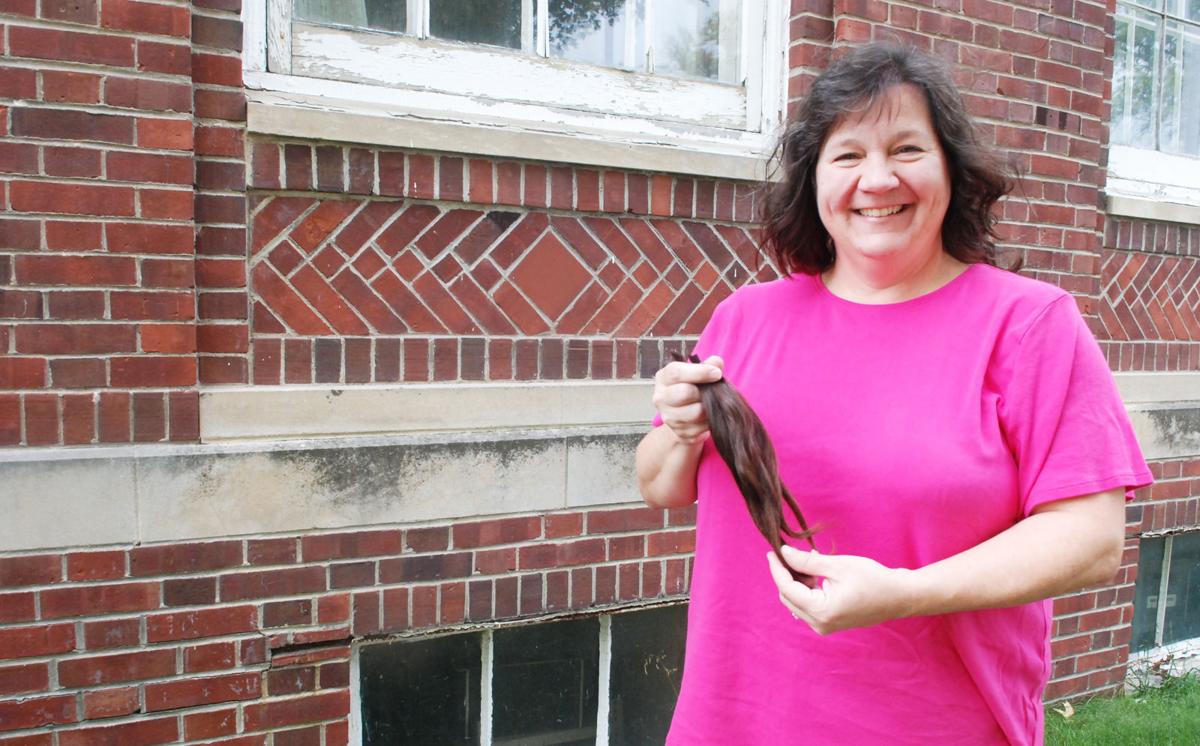 Sally Klein of Wahoo shows some of the hair she will donate to Locks of Love in memory of her brother, Rich Joy, and cousin Erica Step. Klein has made four donations in the last 15 years.