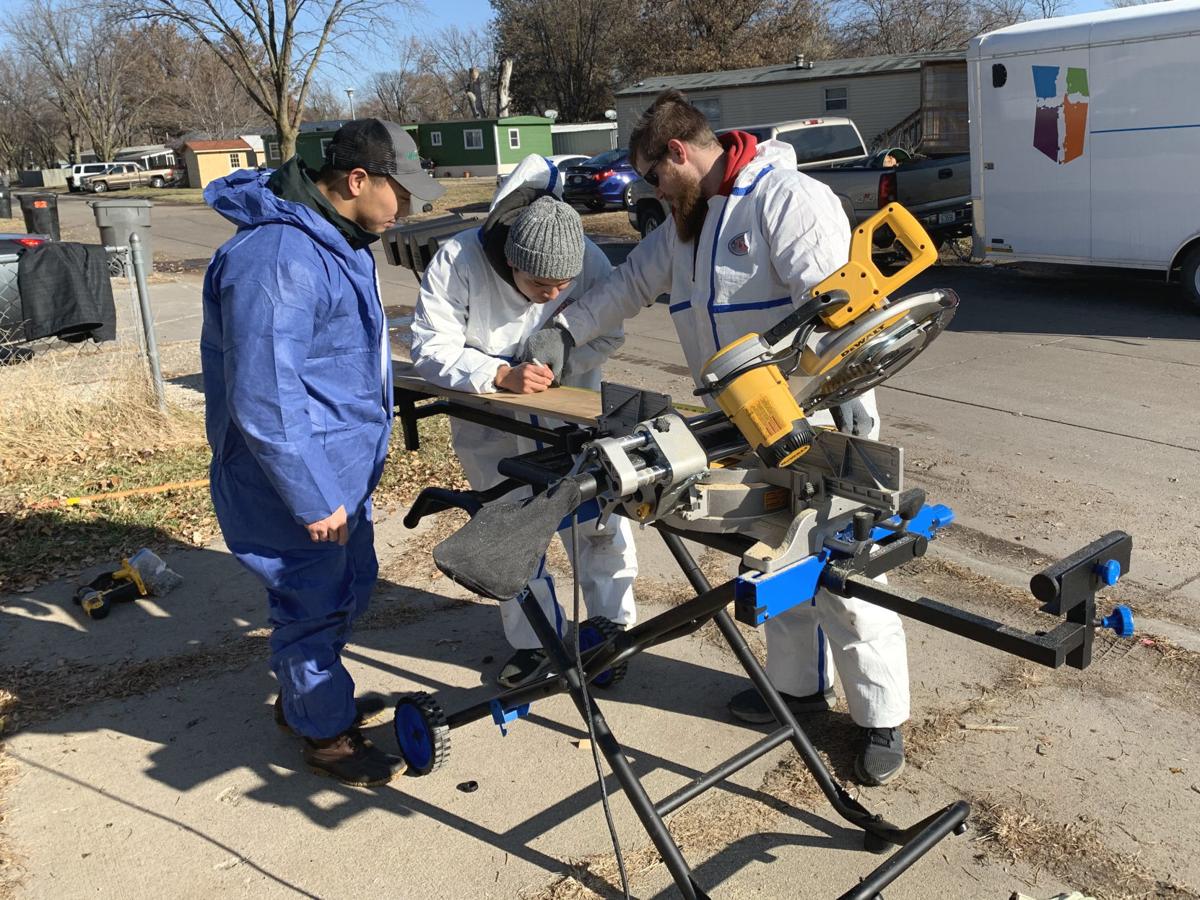 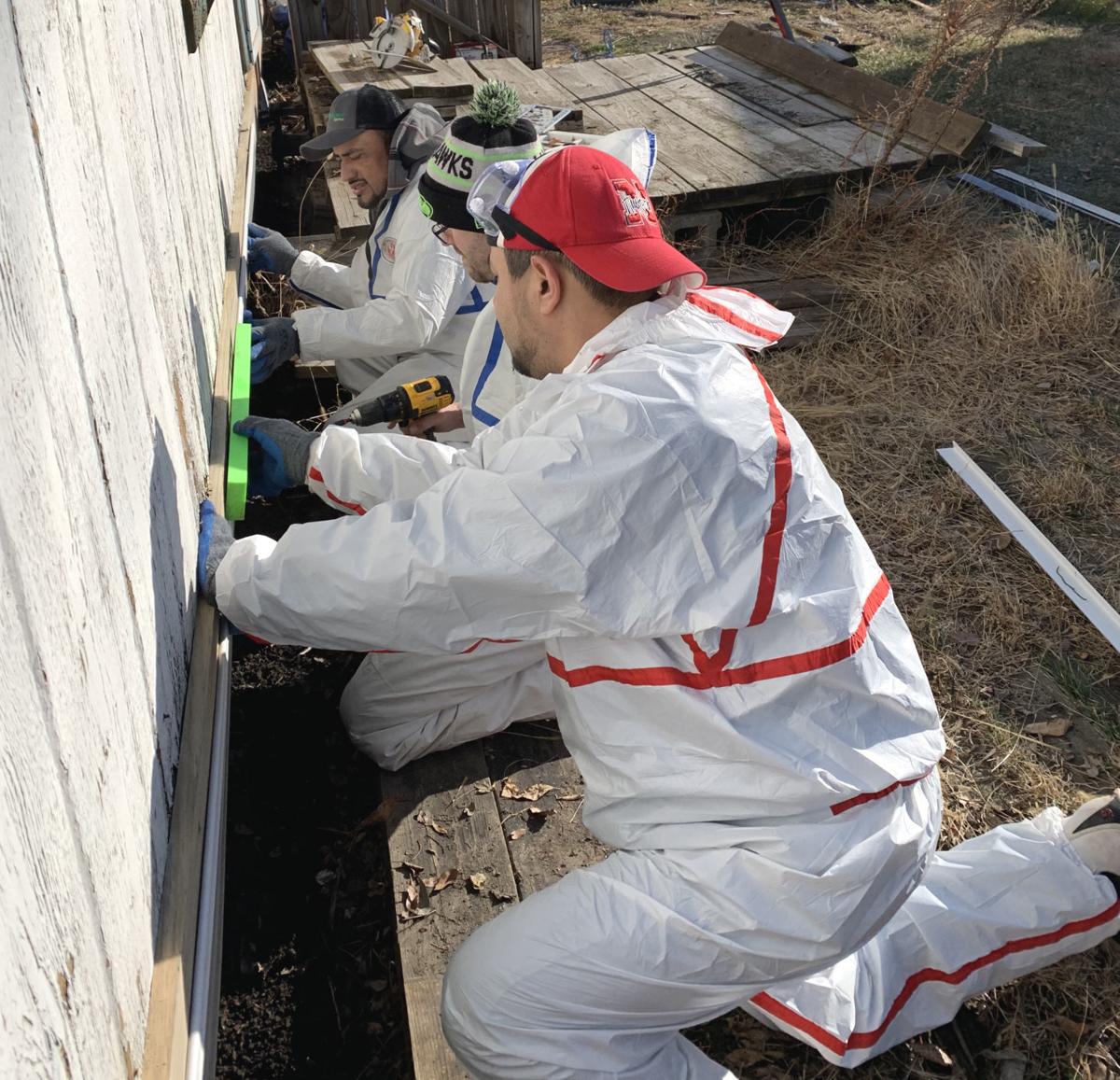 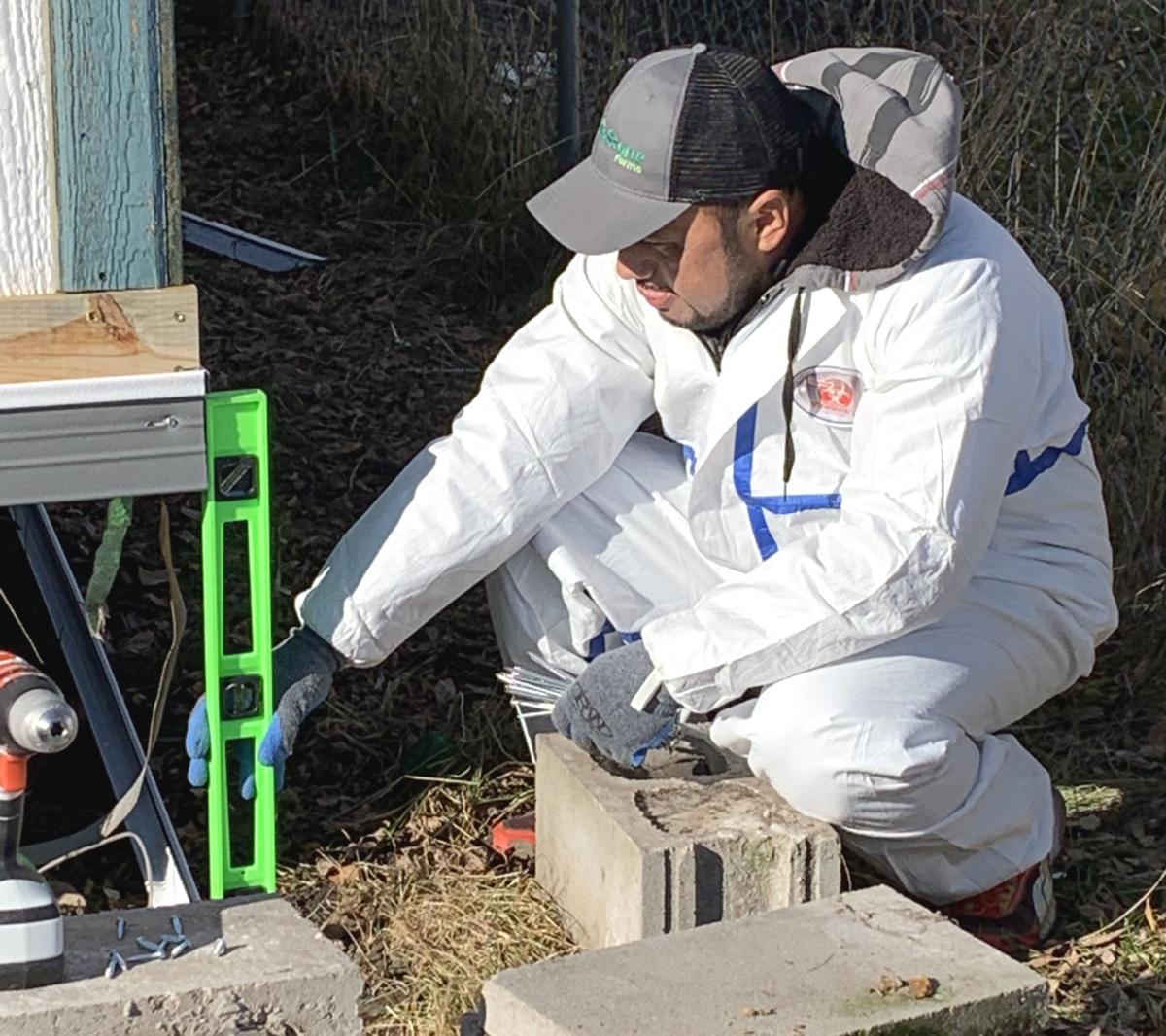 As many homes in Fremont are still recovering from the flooding last March, 10 WholeStone Farms employees took time last week to help with the rehabilitation process.

The employees helped with external work on houses in the Regency II Mobile Home Park in south Fremont last Wednesday, Thursday and Friday.

Nichole Owsley, marketing coordinator for WholeStone Farms, said the previous owners of the plant, Hormel Foods, had been involved with United Way as well and that WholeStone wanted to keep that relationship going.

“Steve Weers, our COO, is on the board for United Way, and so it’s near and dear to his heart to be partners with that organization here in town,” she said.

The idea for the volunteer work came during a United Way board meeting when Jacki Trujillo, volunteer coordinator for United Way, mentioned that some houses needed rehabilitation.

“They were trying to get some of the external work done before it got cold outside, and Steve said, ‘You know what? We can help,’” she said. “‘We’ll step up, we’ll get some volunteers together.’”

Employees worked shifts during the three days, with a few working all three days from 8 a.m. to 5 p.m. Although weather got in the way of some of Thursday’s work, Owsley said the volunteers were still able to get their work done.

“They did some tasks like skirting and insulation,” she said. “And really anything that Jacki needed from our employees, we stepped in and said, ‘All right. We’ll do it.’”

“I know some of the folks that were out there work second shifts, so they would go to the jobsite, work all day for volunteering and then they would come into work and work their shift here,” she said.

As many of WholeStone’s employees were affected by the flooding last March, Owsley said the owners donated money toward the efforts to United Way and Lutheran Family Services.

Employees also volunteered for United Way’s Food Packaging Day earlier this month and are currently donating to its campaign, which Owsley said will be matched by the owners.

WholeStone is also raffling off gift baskets to raise money for the Salvation Army, Owsley said.

“And then we take that money and go shop for Adopt-a-Family for Salvation Army,” she said. “So we’ve got lots going on right now.”

With one of WholeStone’s core values being integrity, Owsley said donation and volunteer work are perfect ways to create strong moral character.

“It’s just important that we give back to the community that we’re in and make sure that Fremont is taken care of and that Fremont is at the center of what we do out here,” she said. “It’s really important for us to make sure that there’s a great relationship between WholeStone Farms and the community, just like they had at the plant for the last 75 years that they’ve been here.”

Owsley said with last week’s volunteer work, the employees were just glad to be helping out in the community.

A Yutan man’s car caught fire after being pursued by members of the Yutan Police Department and Saunders County Sheriff’s Office Saturday afternoon.

It was a normal night of training for the Fremont Cadet Squadron on Thursday.

The Fremont Opera House will have its fourth annual “Our Little Christmas Festival and Open House” event with singing, wreaths and cookies on …

The Eagles Auxiliary will be hosting a pork tenderloin dinner from 5:30-7 p.m. Dec. 4 at Fremont Eagles Club.

Fremont After Five Connection will gather at 6:45 p.m. Dec. 9 in the Midland University Dining Hall, Ninth and Pebble streets.

In its biggest contribution to the organization, WholeStone Farms donated over $140,000 to the Fremont Area United Way Wednesday afternoon.