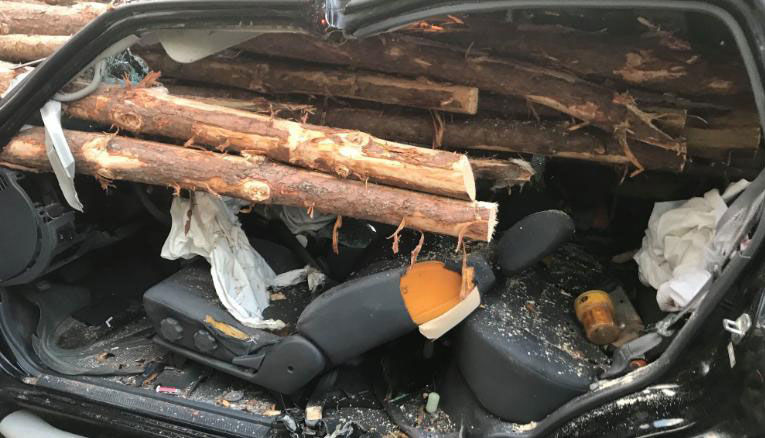 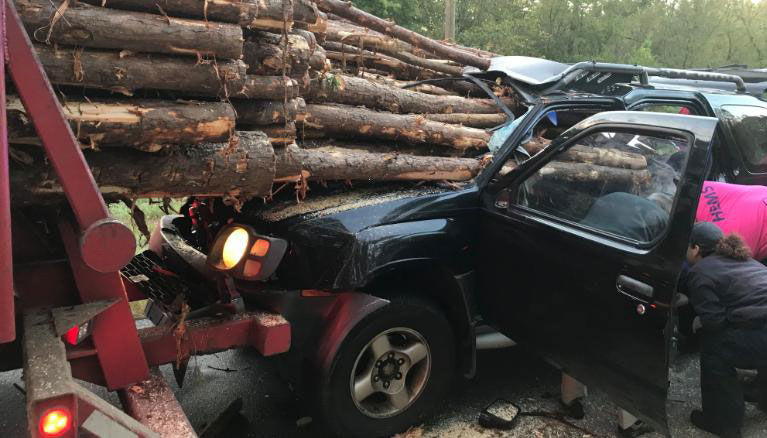 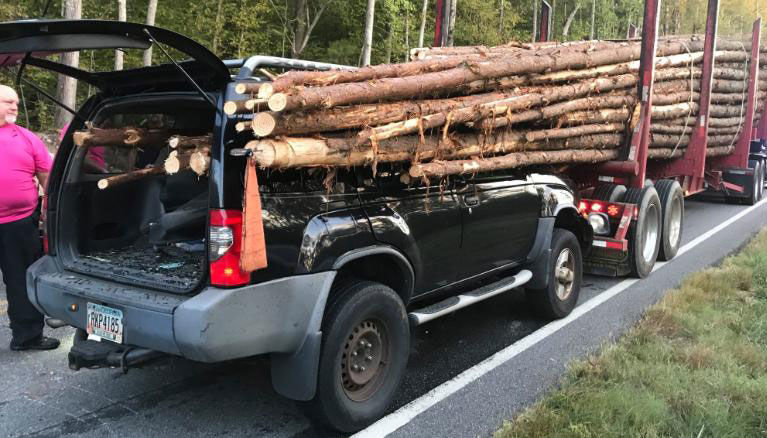 A Georgia driver made it out alive after he rear-ended a log truck, and his car was impaled by logs from the front windshield to the back window.

The driver apparently was leaning down to get something he dropped when he ran into the log truck, O'Brien said.

The department shared the images from the scene on its Facebook page.

Firefighters had to cut through 30 to 40 logs with chainsaws before they could even start to cut open the car and rescue the man, O'Brien said. But after that, it only took about 10 to 15 minutes to get the driver from the car.

Because the driver was not in the upright position in his seat, his head ended up in a gap between the logs, O'Brien said.

"It was as if it was almost created just for his head," he said.

CNN called multiple police departments in the area, and it is unclear what or if any charges the driver faces.