A roundup of some of the most popular but completely untrue stories and visuals of the week. None of these are legit, even though they were shared widely on social media. The Associated Press checked them out. Here are the facts:

Claim about airline meeting on vaccine liability is false

CLAIM: Airlines recently met to discuss the risks and liability of carrying passengers vaccinated against COVID-19 since they could develop blood clots.

THE FACTS: There's no evidence that major airlines had a recent meeting to discuss the risks of transporting vaccinated passengers or that flying will trigger extremely rare blood clots associated with some COVID-19 vaccines, such as those manufactured by Johnson & Johnson and AstraZeneca.

"Airlines are meeting today to discuss the risks of carrying vaxed passengers due to the risk of clots and the liabilities involved," the false post states. "Oh the irony only the non vaxed can fly."

In response to the post, International Air Transport Association spokesperson Anthony Concil told The Associated Press: "I can confirm that this is nonsense. We do have a medical advisory group that looks at health and air travel issues. This is not an issue on their agenda." Concil added: "As far as we are aware there are no meetings taking place among airlines on this topic." He also noted that the IATA, a trade association for global airlines, is "not aware of any suggestion in medical literature" that the kind of rare blood clots linked to certain COVID-19 vaccines has any impact on air travel. In fact, the types of blood clots that people can develop on airplanes, such as deep vein thrombosis, are "totally different" from the rare blood clots a small number of people developed after receiving certain COVID-19 vaccines, according to Dr. Elliott R. Haut, associate professor of surgery and a deep vein thrombosis expert at Johns Hopkins University School of Medicine. Haut said the rare blood clots associated with some COVID-19 vaccines occur in unusual sites, forming in the veins of the brain or blood vessels in the abdomen.

The AP reported that scientists noted some people might be experiencing an uncommon immune response, forming antibodies that attack their own platelets. Clots that develop on flights, such as deep vein thrombosis, typically form in the leg and are often the result of people being cramped, not moving around, or pressurization. "Those are kind of the normal ones," Haut said, noting that deep vein thrombosis is relatively common in the U.S. "Travel is one of the associated factors." Airlines for America, an industry trade organization, said in a statement to the AP that vaccines will help boost international travel. "U.S. airlines have been encouraged by the success of our nation's vaccination program and, as noted in a recent coalition letter, have routinely expressed our belief that widespread vaccination can serve as the foundation for re-opening critical international markets," the statement read.

CLAIM: Women who have gotten a COVID-19 vaccine are receiving letters instructing them to get screened for cervical cancer because the vaccine caused some 1,500 women to develop cervical cancer.

THE FACTS: A viral video making this false claim appears to show a routine letter that reminds eligible women to get regular cervical cancer screenings and is unrelated to COVID-19 vaccines.

The video, originally posted to TikTok, features a woman claiming that after she received both shots of the Moderna COVID-19 vaccine, "a couple months ago," she received a personal letter in the mail warning her to get screened for cervical cancer. "They said that there's 1,500 women that have cases of cervical cancer now, so they have invited me in to get the screening done again to make sure that I don't have cervical cancer now due to the COVID vaccine," the woman says while flashing the letter in front of the camera.

An AP analysis of the text in the letter revealed it matched the text of a form letter sent by Cancer Care Ontario, a division of Ontario Health in Canada. The letter goes out to women across the province to remind them to get regular Pap tests. "Several months ago we sent you a letter to invite you to get screened for cervical cancer with a Pap test," the letter reads. "Women should have Pap tests once every three years until age 70. This year, cervical cancer will be found in about 1,500 women in Canada and at least one woman will die every day from this disease. The good news is you can take steps to protect yourself from cervical cancer by having regular Pap tests." The letter does not draw a connection between cervical cancer diagnosis and COVID-19 vaccines.

Ontario Health told the AP in a statement that it sends letters to women ages 21 to 70 to remind them to book Pap tests, inform them of Pap test results and remind them when it is time to return for screening. "We can confirm that Ontario Health (Cancer Care Ontario) has not issued any communications to the public relating COVID-19 vaccines to cervical cancer diagnoses, or a need to be screened for cervical cancer after receiving a COVID-19 vaccine," the agency said. "We are not aware of any evidence linking COVID-19 vaccines to a risk of cervical cancer." Experts confirm there is no known link between the COVID-19 vaccine and cervical cancer, which is typically caused by persistent infection with HPV, a common virus spread through sexual contact. "There is no reason to alter screening recommendations because of the COVID-19 vaccine," said Dr. Sangini Sheth, associate chief of gynecological specialties at Yale Medicine. Sheth said regular cancer screenings and HPV vaccines are important tools to prevent cervical cancer, and some people have delayed these preventive health care visits during the pandemic.

US military did not arrest Dr. Deborah Birx

CLAIM: The United States military has arrested Dr. Deborah Birx for conspiring with Dr. Anthony Fauci and the Centers for Disease Control and Prevention to push face masks on Americans during the COVID-19 pandemic.

THE FACTS: Birx, former coordinator of the White House coronavirus response, has not been arrested.

This false claim spread as real after appearing on a website known for its satire and parody content. "U.S. Military Arrests Dr. Deborah Birx," reads the headline of the story, which was published Saturday on the website Real Raw News. The story claims that Birx was taken into custody because she had conspired with the CDC and top infectious disease expert Dr. Anthony Fauci "to deceive the American public into believing that face masks were an effective method to mitigate the spread of COVID-19." The bogus story spread to YouTube, Instagram and conspiracy theory message boards, and was shared by internet users including a former Georgia congressional candidate.

Birx has not been arrested, according to Jo Trizila, founder of TrizCom Public Relations, which represents ActivePure Technologies, where Birx currently serves as chief medical and scientific adviser. In an internet search, no credible news reports suggest there is any truth to the claim. RealRawNews, the website that published the story on Birx, has previously published a slew of debunked claims, including that Navy SEALs arrested former Secretary of State Hillary Clinton. The website includes a disclaimer that its content "contains humor, parody, and satire." Research suggests statewide mask mandates have been effective in slowing the spread of the coronavirus.

Dominion Voting Systems lawsuits against Powell and Giuliani are ongoing

THE FACTS: Dominion's defamation lawsuits against Powell and Giuliani are ongoing, according to legal records.

In January 2021, Dominion Voting Systems filed defamation lawsuits against Giuliani and Powell, claiming the lawyers falsely accused the company of rigging the 2020 presidential election in favor of Joe Biden. The suits sought more than $1.3 billion in damages from each party. Five months later, both cases remain open, according to websites that track legal cases.

Still, social media users this week were sharing false claims that Dominion's legal efforts had failed. "ABSENT FROM THE NEWS," read a Monday Facebook post with over 1,000 shares. "Dominion LOST their law suits against Rudy Giuliani and Sidney Powell." Lawyers for Giuliani and Powell have both requested through attorneys that the suits be dismissed. Dominion has opposed those motions. Neither case had a verdict as of June 4, 2021. There is no evidence of the widespread fraud that Trump and his allies claimed occurred in the 2020 election. Republican and Democratic election officials certified the election as valid, and a clear majority of Congress confirmed that President Joe Biden won.

Photos: Rudy Giuliani through the years

'The war has changed': CDC document warns Delta variant appears to spread as easily as chickenpox

The document — a slide presentation — outlines unpublished data that shows fully vaccinated people might spread the Delta variant at the same rate as unvaccinated people.

"(One of the children) stated that he saw Randy's legs were cut off at that point and saw his mother had put Randy's legs in a plastic bag," the charges read.

With U.S. health officials recommending that children mask up in school this fall, parents and policy makers across the nation have been plunged anew into the debate.

Illinois man who was wounded by robber shoots and kills him. Now he's going to prison for 4 years

This isn’t the first brush with gun trouble for the Decatur man, whose aliases on his jail booking sheet include the name “Pistol-Pete.”

Federal workers will be required to verify they've been vaccinated against the coronavirus or else face mandatory masking, weekly testing, distancing and other new rules.

70% of US adults are now vaccinated. Does it matter?

President Joe Biden's vaccination goal comes a month late amid a delta variant  outbreak now swamping hospitals and prompting new mask rules. Learn what may come next, including mandatory vaccinations, and see the data on your state.

County Health Director Faisal Khan said the crowd heckled him and mocked his accent. Afterward as he headed for the exit, Khan said he was surrounded by “an angry mob” who shoved him and berated him with racial slurs. 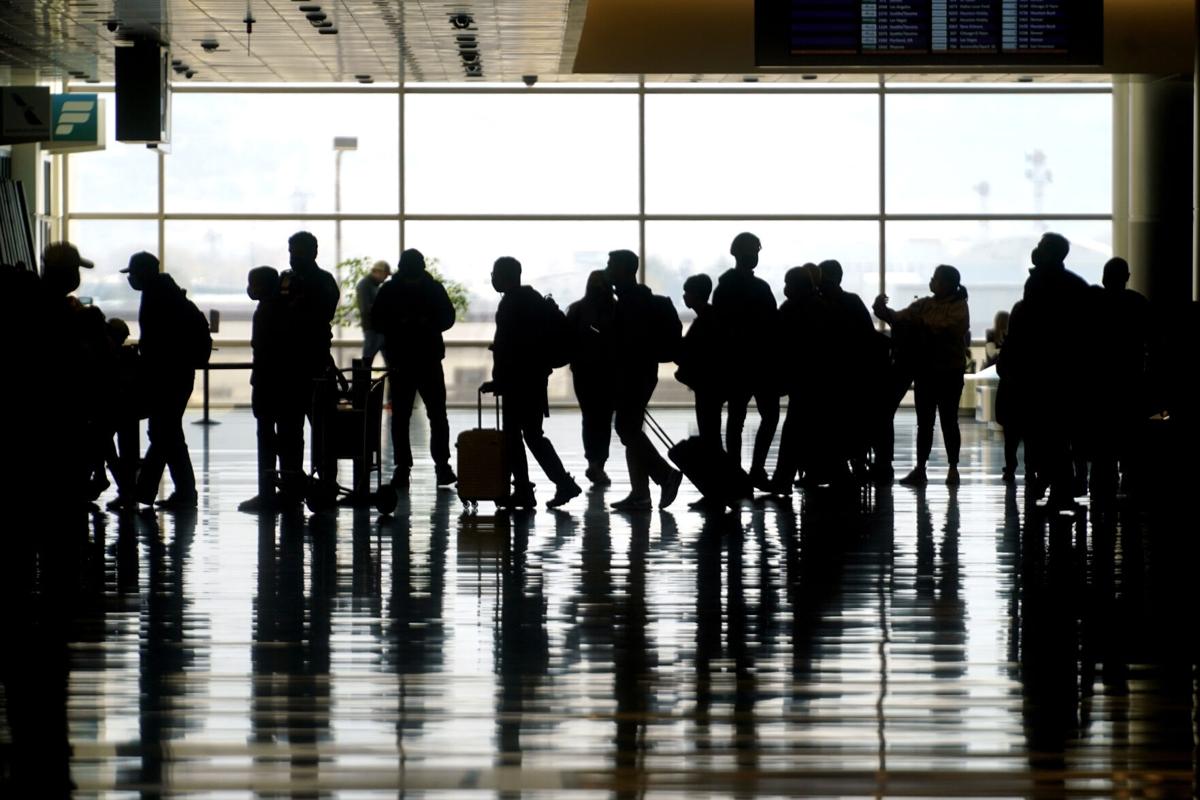 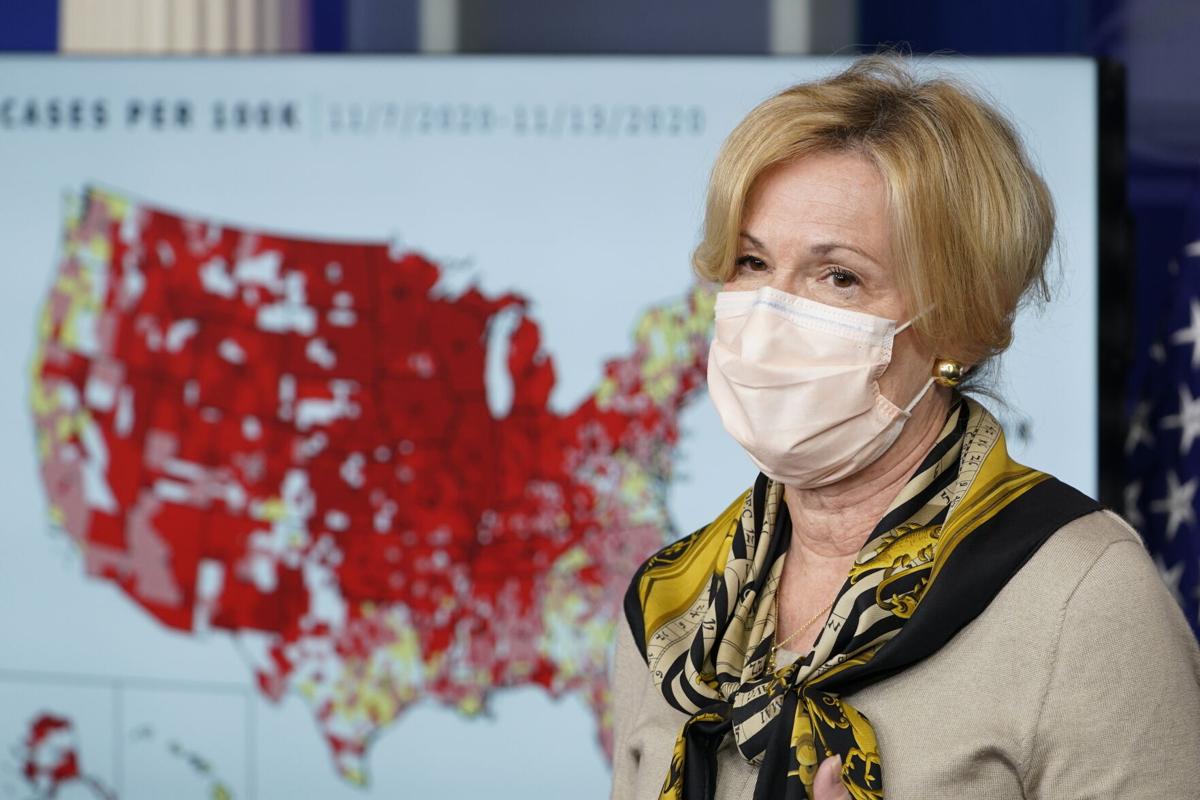 FILE - In this Nov. 19, 2020, file photo, White House Coronavirus Response Coordinator Dr. Deborah Birx speaks during a news conference with the coronavirus task force at the White House in Washington. On Friday, June 4, 2021, The Associated Press reported on stories circulating online incorrectly asserting the U.S. military has arrested Birx for conspiring to push face masks on Americans during the COVID-19 pandemic. Birx, former coordinator of the White House coronavirus response, has not been arrested. (AP Photo/Susan Walsh, File) 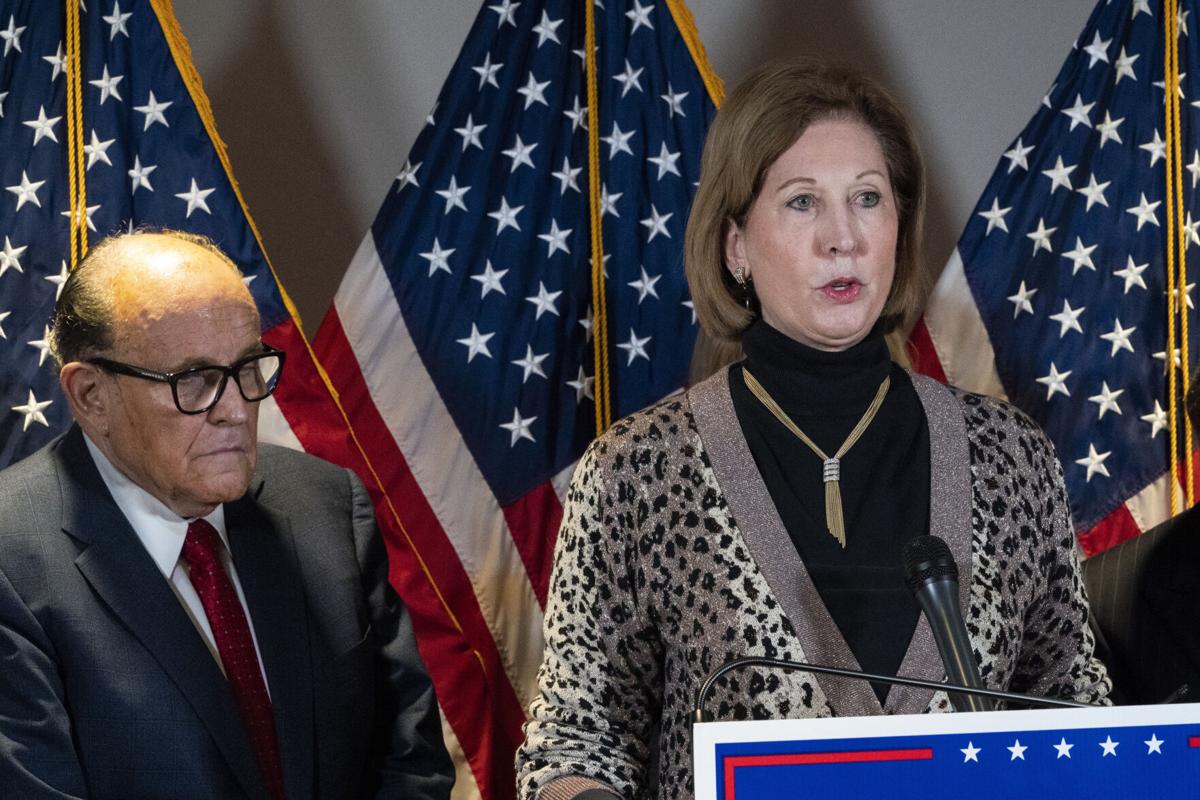 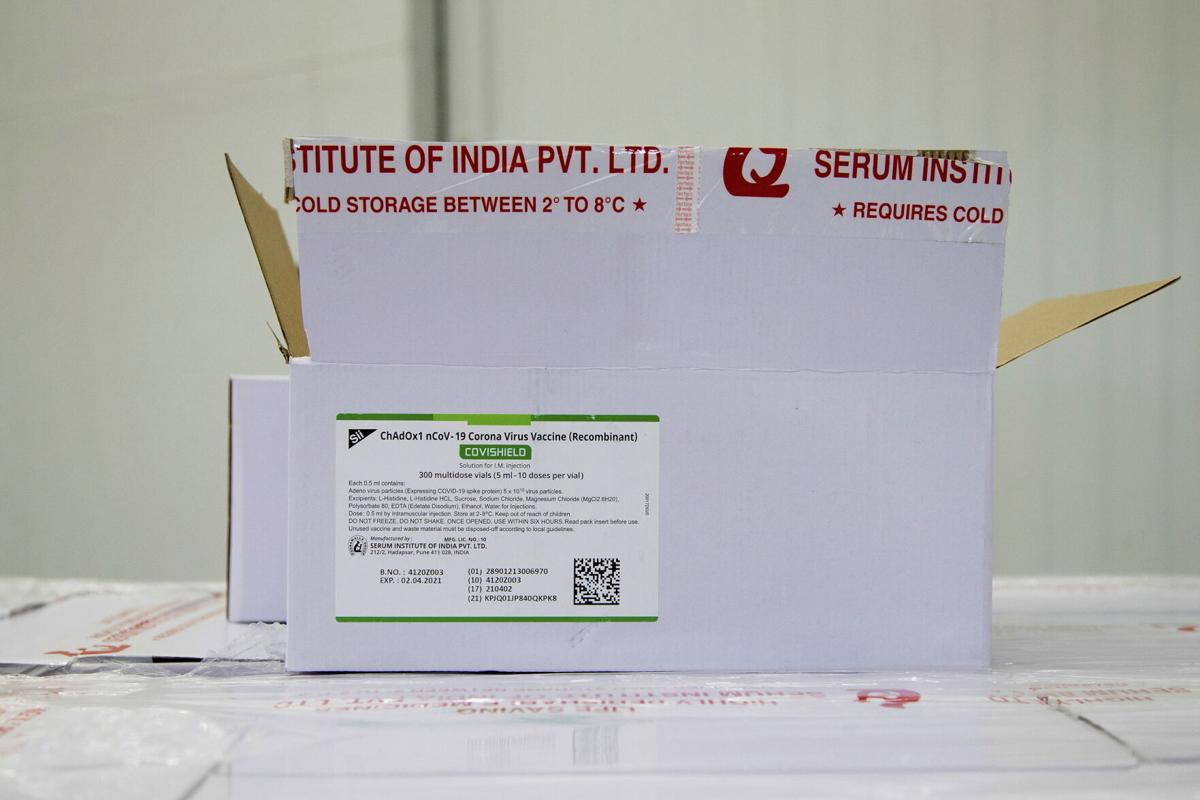 Boxes of some of the first 500,000 of the two million AstraZeneca COVID-19 vaccine doses that Canada has secured through a deal with the Serum Institute of India in partnership with Verity Pharma at a facility in Milton, Ont., on Wednesday, March 3, 2021. (Carlos Osorio/Pool Photo via AP)