The Perseverance rover isn't letting any Martian dust settle under its wheels. It's preparing to collect a core sample from another rock on Mars after its first attempt earlier this month amounted to a crumbly pile.

The rover has moved on and driven 1,493 feet (455 meters) to a ridge called "Citadelle," which is French for "castle," that overlooks the floor of Jezero Crater. Billions of years ago, a lake filled this crater. Samples collected from the crater will eventually be returned to Earth by future missions and could reveal if ancient life ever existed on Mars.

This week, Perseverance will use a tool on its robotic arm to abrade, or scrape away, at a rock nicknamed "Rochette." Abrading the rock and taking photos of what lies beneath its surface will allow Perseverance's science team on Earth to assess if the rock can withstand being cored by the rover's drill.

If the rock shows promise, Perseverance will attempt to take a core sample from it next week.

"There are potentially older rocks in the 'South Séítah' region ahead of us, so having this younger sample can help us reconstruct the whole timeline of Jezero," said Vivian Sun, one of the mission's scientists at NASA's Jet Propulsion Laboratory in Pasadena, California, in a statement.

Scientists have a better feeling about Citadelle than the rover's previous attempt of the Roubion rock on the crater floor. The ridge is topped with a rock layer that seems more resistant to wind erosion than the rock within the crater floor that Perseverance tried to sample on August 6.

"The boulders of Citadelle provide good targets for another coring attempt because they are very solid in appearance, a conclusion supported by the fact that they stand high in the landscape even after eons of erosive action," wrote Ken Farley, Perseverance's project scientist at the California Institute of Technology in Pasadena, California, in an update.

The flat polygonal-shaped rock Perseverance initially tried to sample is an example of a "paver stone." The rock crumbled and broke apart into powder that couldn't remain in the sample tube. However, the tube was filled with a sealed up sample of Martian atmosphere — something scientists were planning to capture anyway.

"By returning samples to Earth, we hope to answer a number of scientific questions, including the composition of Mars' atmosphere," Farley said. "That's why we're interested in an atmospheric sample along with rock samples."

For the next sampling attempt, the team has added a new step to the process. Once the sample is collected, the team will use the rover's cameras located on its mast to look inside the tube and then take a pause. This will allow the team to make sure there is a rock core in the tube before it's sealed and stored on the rover.

While Perseverance is parked on Citadelle, it will use its radar to peer down beneath the rock layers and train its cameras on other potential rocks of interest in the area.

Once Perseverance explores Citadelle to the team's satisfaction, it will likely trek west to South Séítah, which is expected to have different types of rocks.

The Ingenuity helicopter recently conducted some aerial scouting of this area during its 12th flight on August 16. Ingenuity captured 10 images from a height of 33 feet (10 meters) over 169.5 seconds during its most complex flight yet.

"From a science perspective, these images of South Séítah are the most valuable Ingenuity has taken to date," Farley said. "And part of their value may be in what they are not showing. Sedimentary layers in rocks are not readily apparent in the image, and there may be areas that could be difficult to negotiate with the rover. There is work to do by our science and rover driving teams to understand better how to respond to the new data."

And the science team hasn't given up on trying to sample those Martian paver stones, even after the first unsuccessful attempt. The rover will encounter them again when it loops back around to the landing site.

Many of the paver stones are "light colored and heavily wind-polished 'whalebacks' that protrude upward from the sandy Martian surface," Farley said. The others are orange.

"The orange color is from iron being leached from primary minerals and reprecipitated (to precipitate again). as iron oxide. Basically, rusting rock," Farley said. "My suspicion is that had we attempted coring on a whaleback the result would have been different."

The moon from Apollo 11

Earth from the International Space Station

Eruption on the sun

John Young on the moon

The heart of Madagascar

The eye of the hurricane

Watercolor of the sea

The Great Red Spot of Jupiter

Flying through an aurora

Total eclipse of the sun

The site lets you look up any address — your house, the Arc de Triomphe, Times Square — and get a sense of what it could look like if that place was struck by flood, wildfires or smog.

The Draconid meteor shower peaks Oct. 8. Here's how to watch

The Draconid meteor shower is expected to peak on Friday, Oct. 8, and last through Oct. 10, bringing with it a drizzle of meteors for dedicated stargazers.

The James Webb Space Telescope is set to launch into orbit in December 2021. Its mission is to search for the first light to ever shine in the universe.

Earth Talk: Are species evolving faster due to climate change? 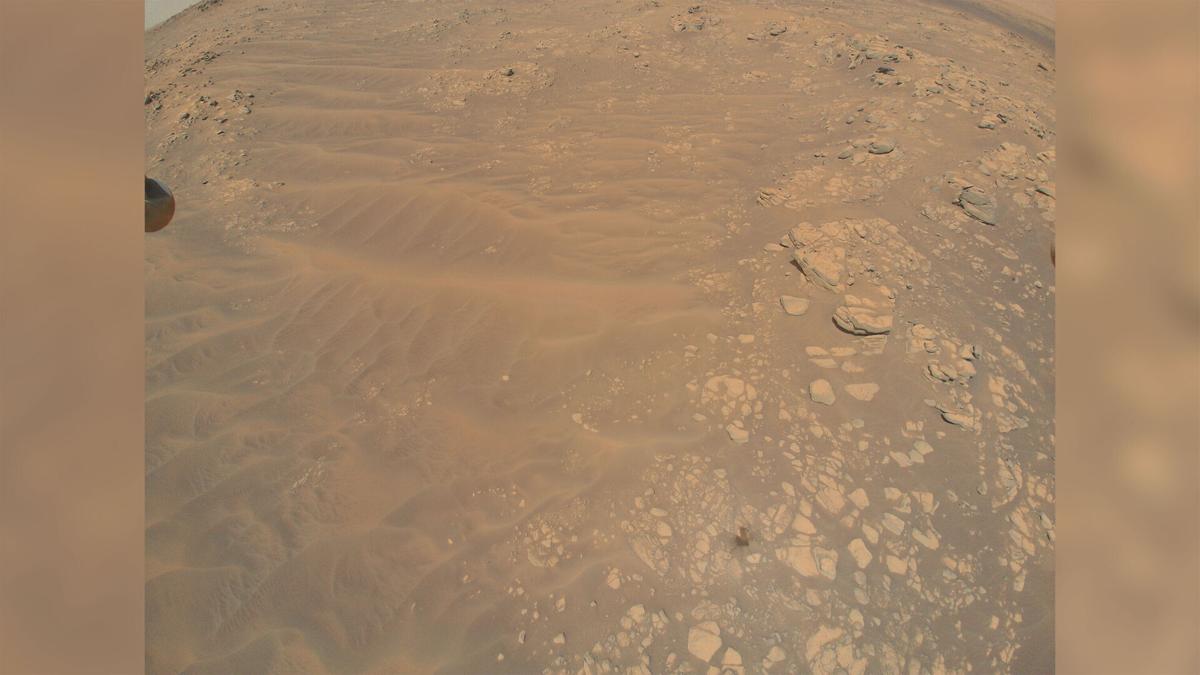 The Ingenuity helicopter took this image of South Seitah on August 16. 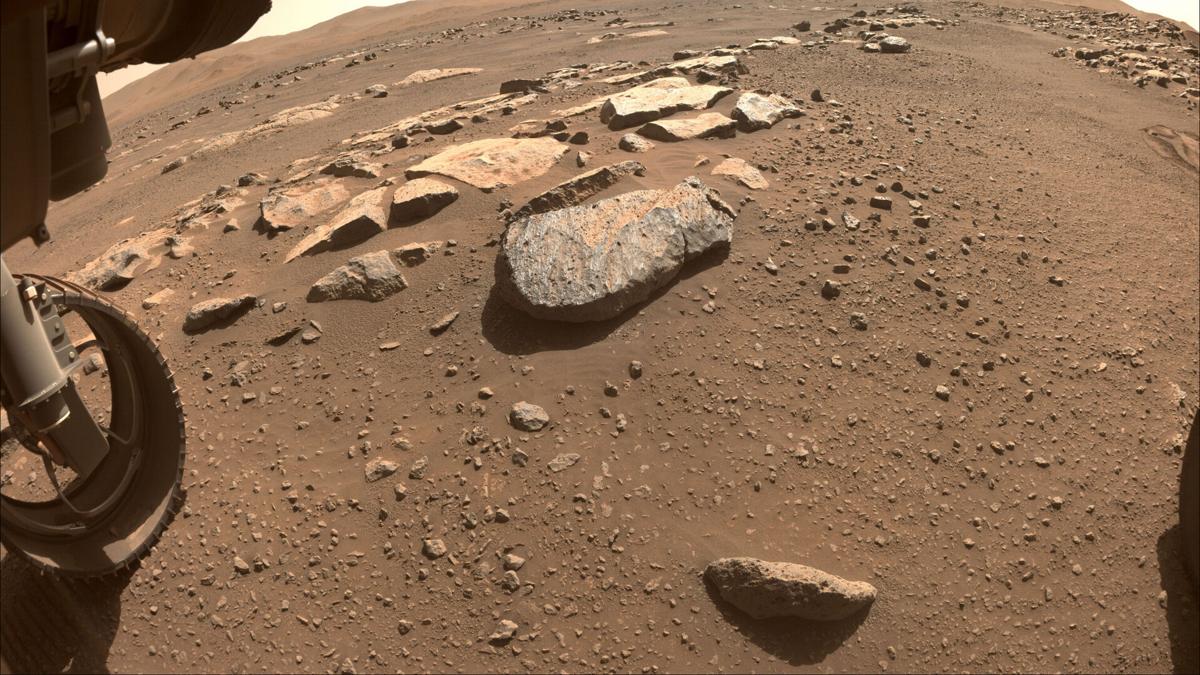 The Citadelle ridge appears to have rocks more suited to sampling. 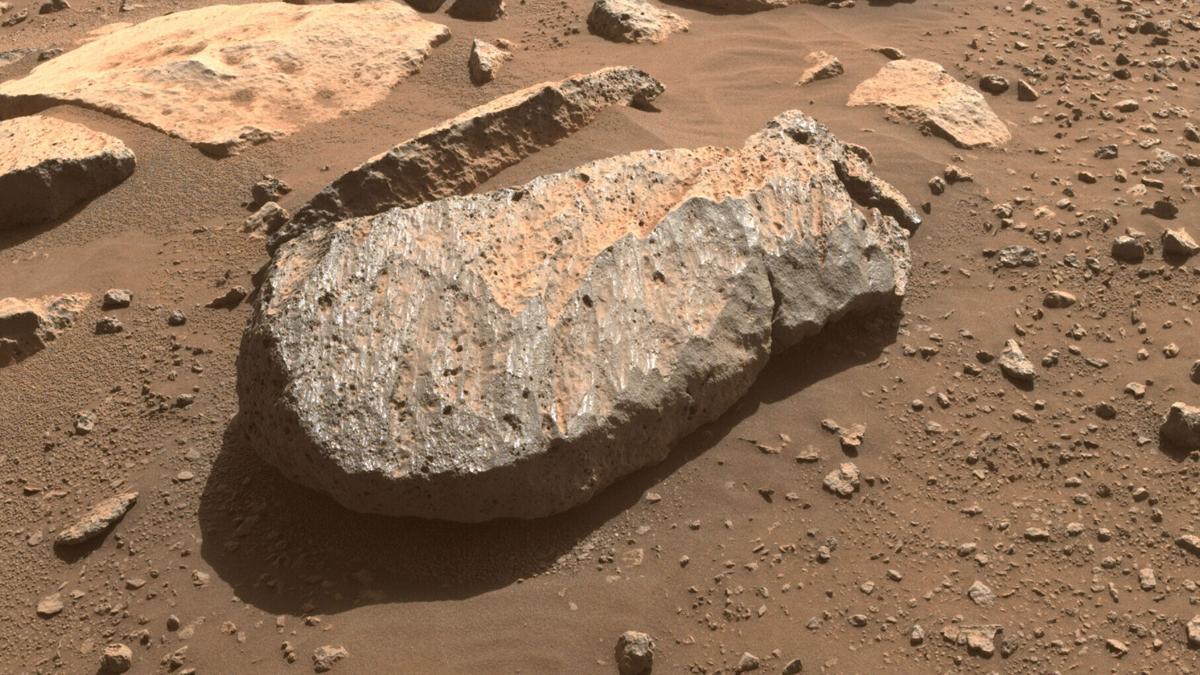 Perseverance is about to get up close with the "Rochette" rock on the Citadelle ridge.