CAPE CANAVERAL, Fla. — The Solar Orbiter launched from Cape Canaveral and began its journey to get a close, unprecedented look at our star.

The mission, which is a joint collaboration between NASA and the European Space Agency, launched at 11:03 p.m. ET Sunday.

This is the first mission that will provide images of the sun's north and south poles using a suite of six instruments on board that will capture the spacecraft's view. Having a visual understanding of the sun's poles is important because it can provide more insight about the sun's powerful magnetic field and how it affects Earth.

It will take Solar Orbiter about two years to reach its highly elliptical orbit around the sun. Gravity assists from Earth and Venus will help swing the spacecraft out of the ecliptic plane, or the space that aligns with the sun's equator, so it can study the sun's poles from above and below.

This follows the Ulysses spacecraft, another collaboration between ESA and NASA that launched in 1990 and also flew over the sun's poles. Ulysses completed three passes of the sun before its mission ended in 2009, but its view was limited to what it could see from the sun's equator.

"Up until Solar Orbiter, all solar imaging instruments have been within the ecliptic plane or very close to it," said Russell Howard, space scientist at the Naval Research Lab in Washington, D.C., and principal investigator for one of Solar Orbiter's 10 instruments. "Now, we'll be able to look down on the sun from above."

"It will be terra incognita," said Daniel Müller, ESA project scientist for the mission at the agency's European Space Research and Technology Centre in the Netherlands. "This is really exploratory science."

Solar Orbiter is equipped with 10 instruments that can capture observations of the sun's corona (which is its atmosphere), the poles and the solar disk. It can also use its variety of instruments to measure the sun's magnetic fields and solar wind, or the energized stream of particles emitted by the sun that reach across our solar system.

Understanding the sun's magnetic field and solar wind are key because they contribute to space weather, which affects Earth by interfering with networked systems like GPS, communications and even astronauts on the International Space Station. The sun's magnetic field is so massive that it stretches beyond Pluto, providing a pathway for solar wind to travel directly across the solar system.

The mission will work in tandem with NASA's Parker Solar Probe, which is currently orbiting the sun on a seven-year mission and just completed its fourth close approach of the star. It launched in August 2018 and will eventually come within four million miles of the sun — the closest a spacecraft has ever flown by our star.

The Parker probe is "tracing the flow of energy that heats and accelerates the sun's corona and solar wind; determining the structure and dynamics of the plasma and magnetic fields at the sources of the solar wind; and exploring mechanisms that accelerate and transport energetic particles," according to NASA.

Together, the missions can help unlock the mysteries of the sun and provide more data to researchers than either could accomplish on its own. Parker can sample particles coming off the sun up close, while Solar Orbiter will fly farther back to capture more encompassing observations and provide broader context.

At times, the spacecraft will both align to take measurements of the solar wind or magnetic field.

"We are learning a lot with Parker, and adding Solar Orbiter to the equation will only bring even more knowledge," said Teresa Nieves-Chinchilla, NASA deputy project scientist for the mission. Some of the first studies using Parker data have already published.

Solar Orbiter also has a seven-year mission and will come within 26 million miles of the sun. It will be able to brave the heat of the sun because it has a custom titanium heat shield coated in calcium phosphate so that it can endure temperatures up to 970 degrees Fahrenheit.

"Although Solar Orbiter goes quite close to the sun, it also goes quite far away," said Anne Pacros, the payload manager at the European SpaceResearch and Technology Centre. "We have to survive both high heat and extreme cold."

Five of the instruments are stationed behind the heat shield and will peer out through small holes created by sliding doors. They are equipped with specially designed windows to block the heat. Another instrument is stationed on the side of the orbiter to watch the solar wind stream by.

Observations of the poles could explain why the sun's magnetic field changes, alternating over an 11-year period. When the magnetic field is active, it produces dark sunspots on the sun's surface, and then there are calmer periods with less activity.

Solar Orbiter's observations of the poles could also lead to better predictions of space weather because it can provide a better view of the magnetic field.

"The poles are particularly important for us to be able to model more accurately," said Holly Gilbert, NASA project scientist for the mission at NASA's Goddard Space Flight Center in Greenbelt, Maryland. "For forecasting space weather events, we need a pretty accurate model of the global magnetic field of the sun."

Solar Orbiter makes its first close pass of the sun

Images from telescopes aboard the European Space Agency's Solar Orbiter, to be released in mid-July, will be the closest images of the sun ever captured.

What is the jet stream and how does it affect the weather?

What is the jet stream and how does it affect the weather? 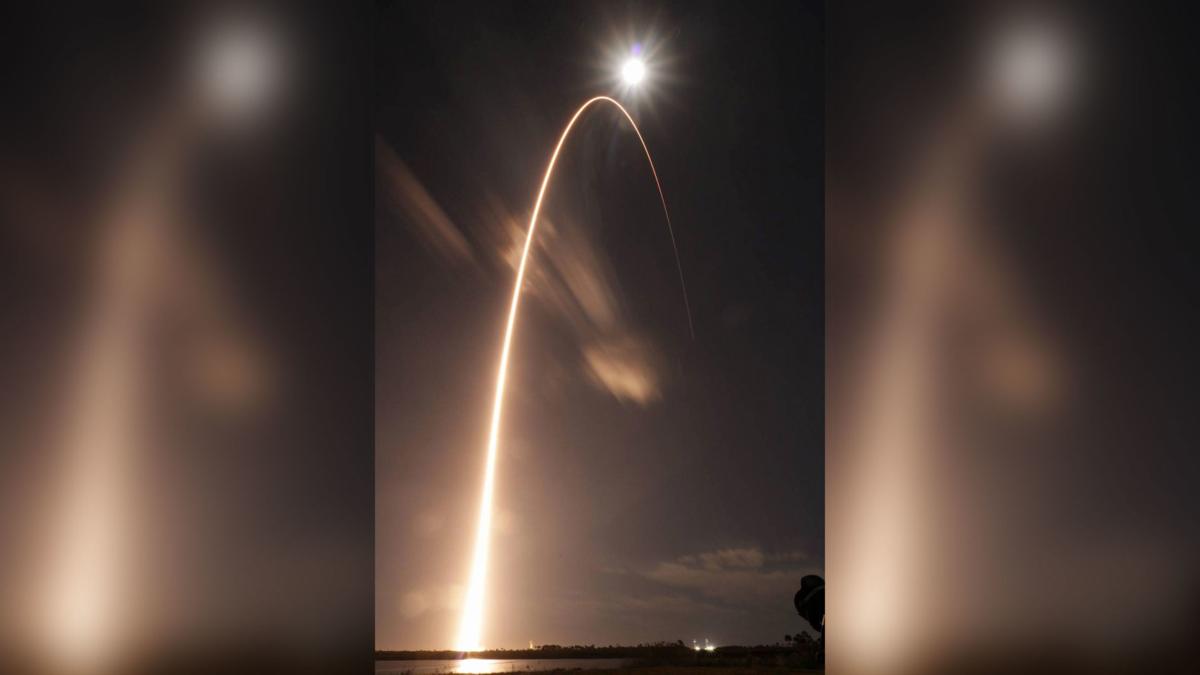 Here's a view of the nighttime launch of the Solar Orbiter that will provide images of the sun's north and south poles. 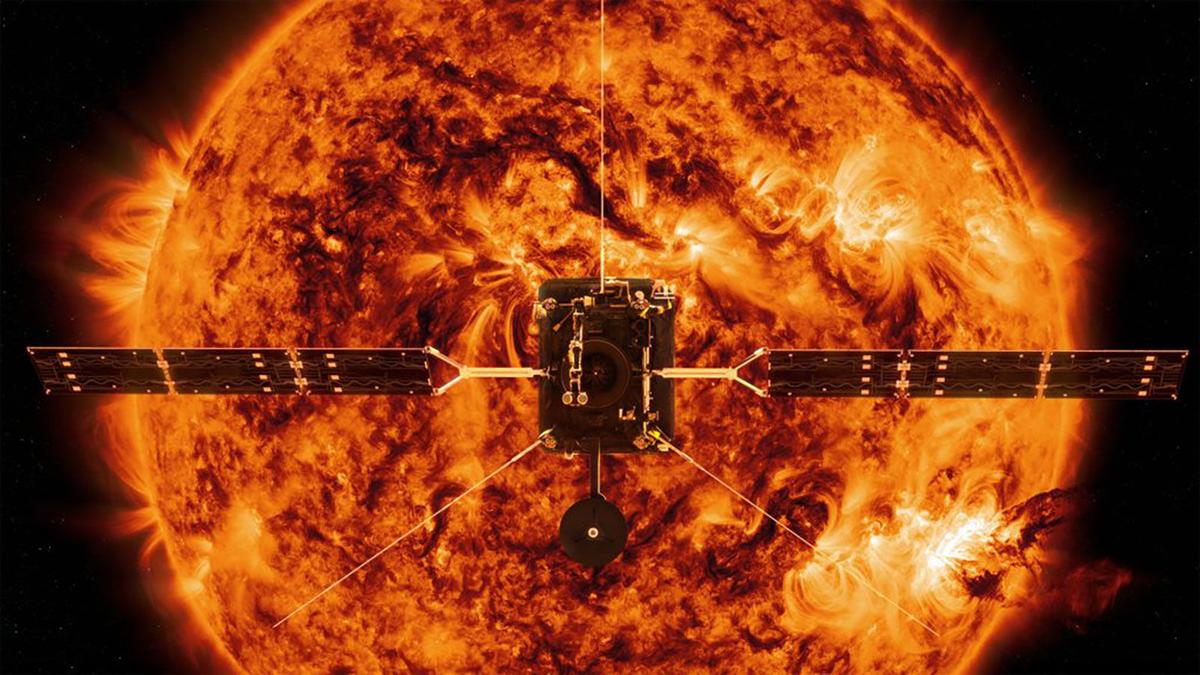 This is an artist's impression of the Solar Orbiter capturing magnetic field activity at the sun's poles.