University of Nebraska Regent Jim Pillen of Columbus announced Wednesday that he will seek the 2022 Republican nomination for governor.

Pillen expressed strong support for gun rights, law enforcement, pro-life protections and a "demand (for) order on the southern border" in a statement posted on jimpillen.com

"We'll stand up to radicals who want to use red tape and fake meat to put Nebraska agriculture out of business," he said.

Pillen is a pork producer operating as Pillen Farms.

"We have to fix our broken property tax system and cut taxes," he said.

"We need to modernize our tax structure, expand broadband access and improve infrastructure across our state."

Sen. Fischer says she will not run for governor in 2022

Pillen is expected to attract the support of key conservative elements in the Nebraska Republican Party, emerging immediately as a front-line contender for the GOP nomination to succeed Gov. Pete Ricketts when he completes his second term in office in January of 2023.

Already on the campaign trail is Charles Herbster, who operates Herbster Angus Farms in Falls City. Herbster has longstanding ties with former President Donald Trump as an agricultural adviser.

Ricketts levels broad attack on Biden and his agenda

Watch now: Scene is quiet a few blocks away from Somers House following active shooter after 3 a.m. near Carthage College

As someone descended from Irish and German immigrants, Sen. Mike Groene said he considered himself a mongrel, and said others in the community where he grew up proudly saw themselves that way, too.

"Nebraska is declining their request because we are reserving our resources for serving our kids," the governor said. "I do not want our kids harmed as the result of President Biden's bad policies."

Eligible applicants include county and city governments, Native tribal organizations, small businesses and nonprofit organizations with providers required to be licensed by the state.

Public servants have a "special obligation" to implement the law "without regard to political preference, personal bias or administrative expediency," the employee wrote in his resignation letter.

Cody Morris told of how his family have developed chronic sinus infections after moving to Mead a few years ago, never having experienced them before."When do we the people stop this?" Morris asked to applause.

Legislation would allow drivers who are stopped for operating a motor vehicle while under the influence of alcohol or other drugs to continue to drive to school, work or other activities if they consent to testing twice a day pending their trial.

Sen. Machaela Cavanaugh was brought into the process with a probe beginning in the Health and Human Services Committee. She had been excluded from an executive board special investigative subcommittee even though she had proposed it.

Some 237 Nebraskans have contracted new strains of the virus.

Nebraska lawmakers could approve the $9.7 billion, two-year state budget yet this week, although Omaha Sen. Machaela Cavanaugh has threatened to 'keep talking until there's a shift.' 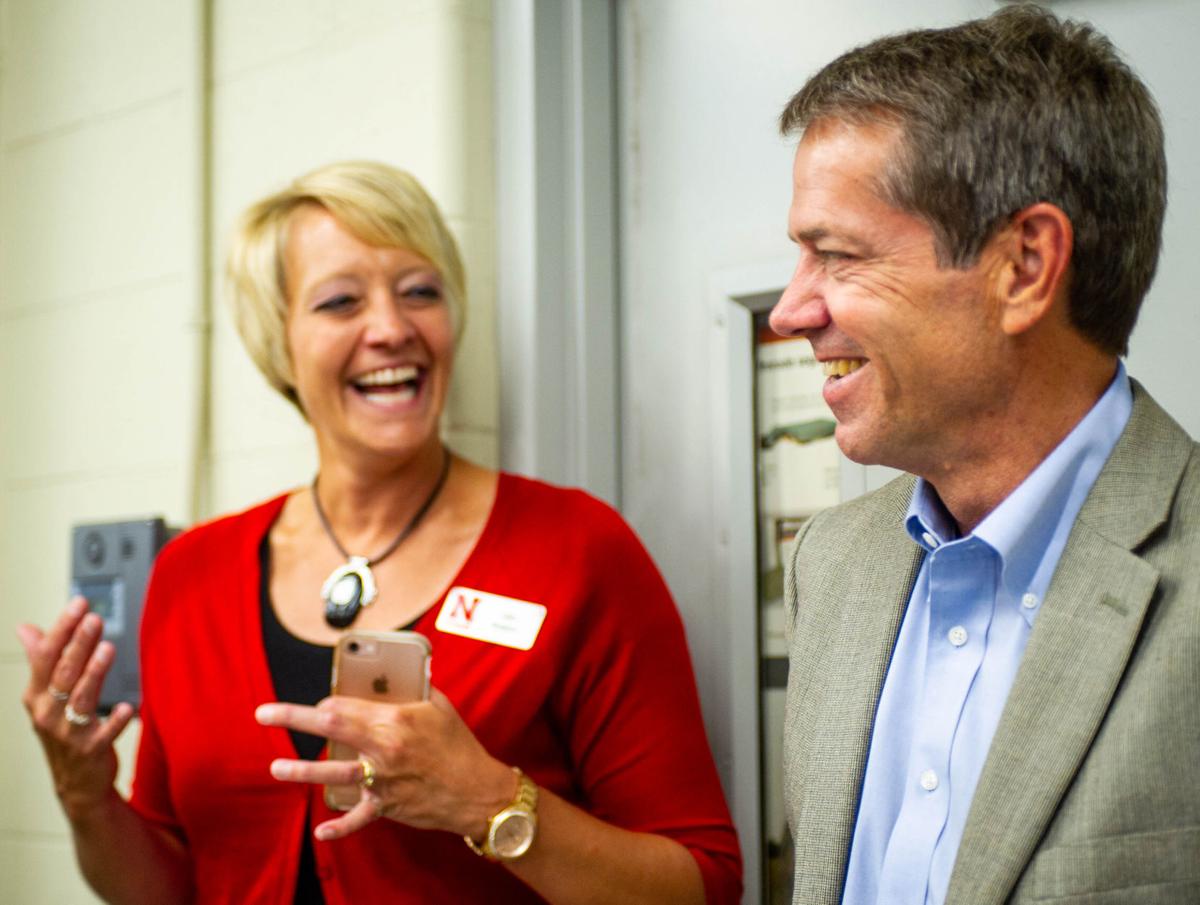 University of Nebraska Regent Jim Pillen gets a walk-through of Columbus High School in July 2018.