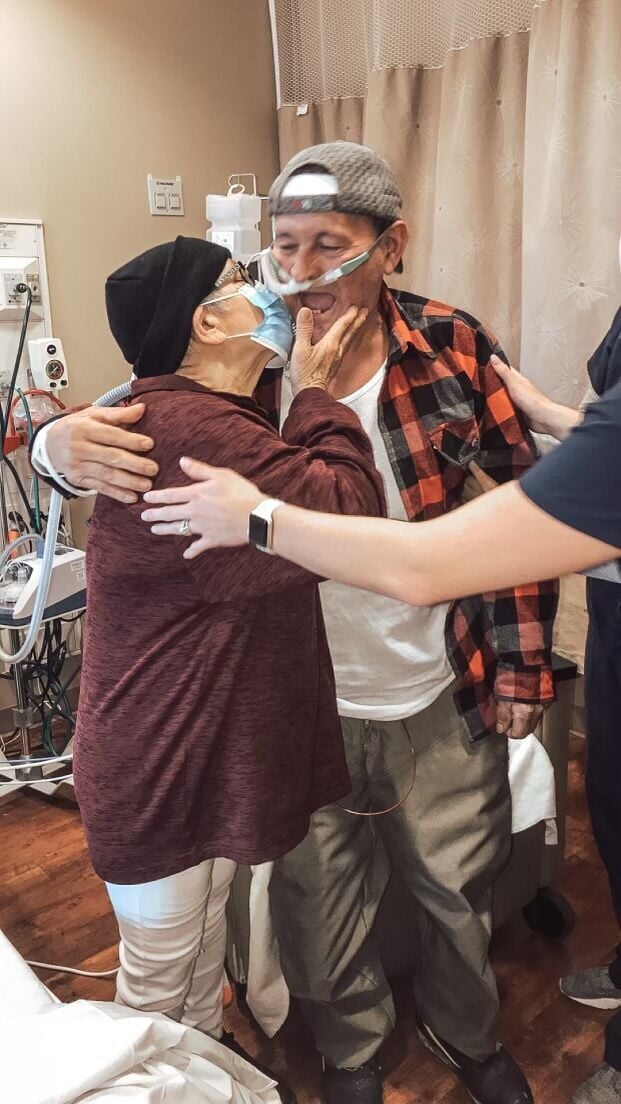 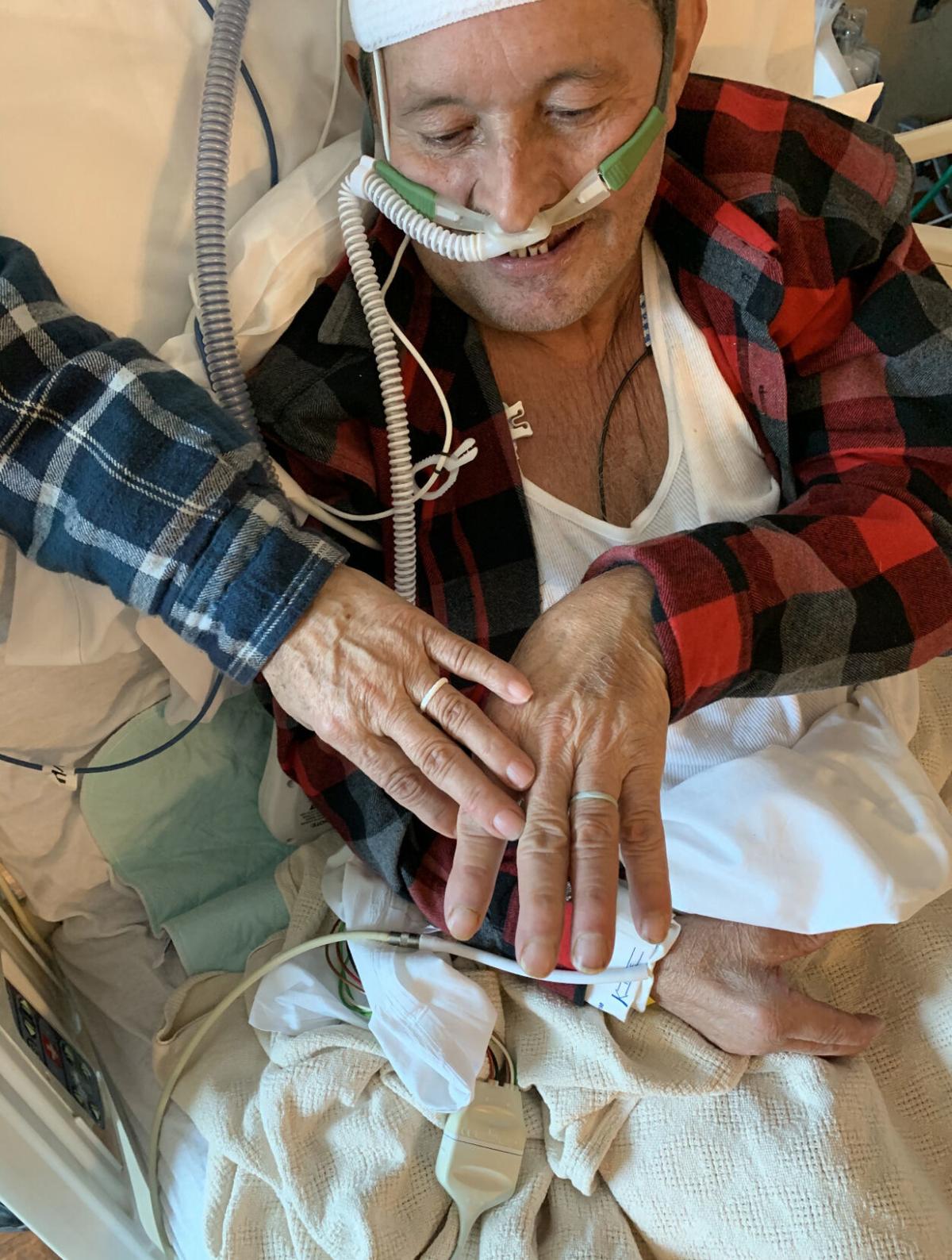 Chamul, 68, is a patient at the Grand Island hospital, where he has been battling COVID-19.

Chamul and Vela Cuevas met in 1971 and have been partners for 44 years.

Chamul has been at St. Francis for at least four weeks. He is no longer considered a COVID patient but still is recovering from the infection. On the day of the wedding, he was released from isolation.

After the couple decided to get married, nurses shaved Chamul and helped him get dressed.

In addition to long-lasting love, the marriage took place partly for legal reasons. If Chamul were to go on a ventilator, there would be fewer complications if Cuevas was his wife.

The hospital’s dietary department provided a cake. A niece and a granddaughter attended the ceremony.

A news release from St. Francis indicated “in sickness and in health” took on a whole new meaning for the couple and their families.

“Their entire family wants to thank everyone for their thoughts and prayers, and to continue to pray for him to get well,” the release said, adding that “they are so appreciative of everyone who was able to make this happen.”

After 10 years, a Nebraska horse will return to his childhood home and the woman who loves him

"I was so fortunate to be able to find him and then for her (the owner in Minatare) to actually be willing to let me have him back again, to have that opportunity to just love him, it’s just surreal," Meghan Fry said.

The hunters shot the female Jan. 28, contacted Game and Parks and genetic testing showed the animal originated from a population of wolves in Minnesota, Wisconsin and Michigan.

Despite some local opposition, Nebraska's first utility-scale solar farm is a step closer to being built south of Yutan.

Blighted land being looked at for possible casino project in Columbus

The Columbus Event Center is closing to make way for a new development in Blighted Area 10, which city officials have said is a spot for poten…

The parents of Pvt. Lyle Reab never learned what happened to their only son, who was last seen fighting in Germany in November 1944. Now surviving family members have some closure.

The National Weather Service is warning travelers and ranchers in western Nebraska of the potential for significant snowfall and perhaps icy roads. Forecast snowfall totals range from 3 to 6 inches.

$4.99 piece of equipment could have saved Nebraska boater from his 'circle of death' wounds

Steve Borowski was seriously injured and nearly drowned after his boat hit a submerged tree in Swanson Reservoir in southwest Nebraska.

Aquifers are recovering from the stress of the flash drought of 2012, Nebraska's hottest, driest year on record.

For 27-year-old Nico Marasco, the last year has been a challenge. On March 24, 2020, his father, best friend and business partner became the first of more than 2,000 Nebraskans to die of COVID-19.

The View at Mahoney will also offer catering, sandwiches and sodas to go, and delivery to cabins, lodge rooms, campsites and the Ashland area. 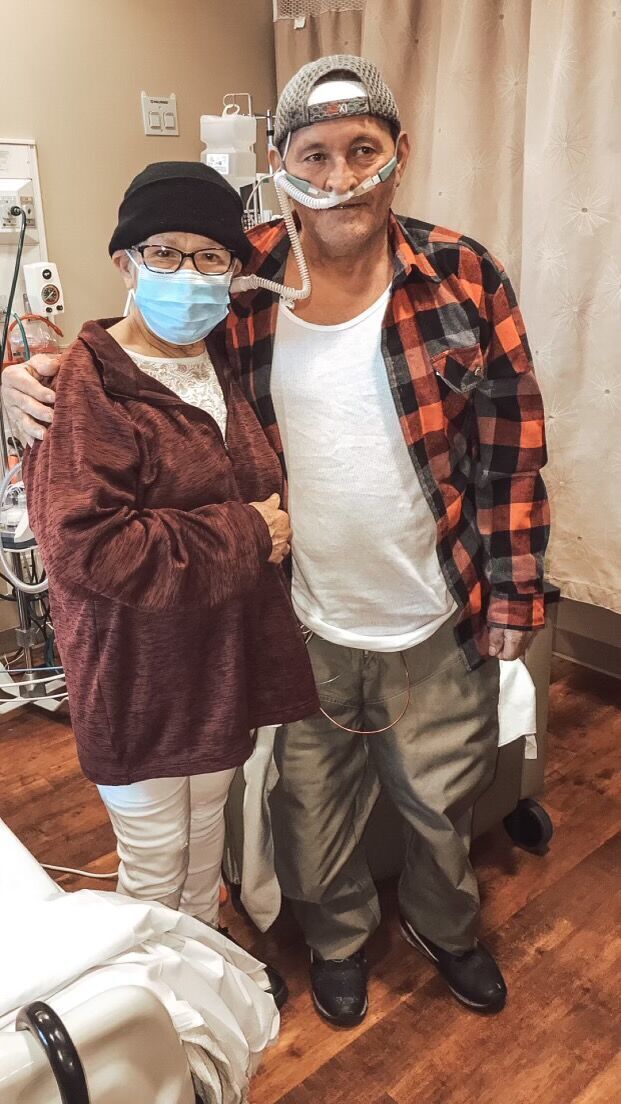