The $30 entry fee for the Dannebrog Golf Course’s annual tournament includes two mulligans — and you might need them on your approach to the Bull Pen.

“And you’ve got to shoot across the creek,” said Paul Janulewicz, a 30-year member of the Dannebrog Country Club. “It takes a pretty good shot to put it in the Bull Pen. I’ve got three times as many out as I’ve got in.”

The course’s eight other greens — mostly par-3s, but a few 4s and a 5 — are fenced in, but you get a pass if you’re unlucky enough to bounce a ball off the barbed wire.

The grain bin, and the barbed wire, were placed decades ago to keep cows from crushing the course’s sand greens, now an endangered species in Nebraska. Just a handful of sand green courses have survived, said Nick Schweitzer, president of the Dannebrog Golf Course.

Lawrence, he said. Central City. Scotia, though that’s an eight-hole course, so you play one hole twice.

“For a while, we were the only ones who had cattle. So we had to play with the cattle out there,” Schweitzer said. “Then the owner took them off and just hayed the rough.”

But now the 34 members of the Dannebrog Country Club are worried they’ll disappear from the century-old course, too. The former farmer owner went bankrupt, and the bank auctioned off the 132-acre tract late last month.

The new owner — who paid more than twice the land’s assessed value — took a couple of weeks to determine what to charge the golf course for rent.

That left Schweitzer and others to wonder, and worry, whether they’ll be able to afford the new terms.

“Dannebrog would be very disappointed if we lost it,” Janulewicz said. “It’s just been great fun out there.”

The course was started sometime in the 1920s by families of the Danish immigrants who settled the area.

By the early 1950s, it was a full-fledged nine-hole course. The Bull Pen showed up at No. 2 a half-century ago. The annual tournament — the Bull Pen Open — used to draw nearly 150 golfers and stretch past sunset.

“They’d get all of the headlights on, and get everyone to park their cars by the last green,” Schweitzer said.

This year, it attracted about 40, with golfers returning from around the state, and as far away as Texas and Colorado, he said.

During the rest of the season, the course operates on the honor system: Slip an envelope with $4 in the steel lockbox and play all day. They usually collect at least a few envelopes each week.

Members pay $35 annually for a key to the clubhouse and another honor system — a refrigerator stocked with drinks and candy bars.

They usually break even on concessions. “For the most part, members are pretty honorable,” Schweitzer said.

The sand greens are a draw. Once every golfer gets on the green, the farthest putter uses a mop rake to smooth a line to the hole. And once everyone’s in, they dump any sand from the cup and use a rake to drag circles outward from the hole, reestablishing ridges in the sand.

But the sand greens — and the grain bin rings — aren’t the only challenge. Especially after the cows left and the grass grew. Hit there, and you’ve all but lost your ball.

“It’s really tough,” said Janulewicz, the longtime member. “The roughs, we leave them go so the owners can hay them. Sometimes, it gets a little like the British Open.”

Still, it draws a steady mix of farmers, old-timers and younger players, he said.

“We golf out there until it freezes and gets too cold. There’s been quite a crew that’s golfed there over the years.”

It was never profitable, but they could at least pay their bills. Janulewicz’s brother, John, volunteers weekly on an old Farmall, mowing the fairways. They made enough for their insurance. And the former owner charged just $600 a year for rent, less than a third of Howard County’s $2,000 tax bill for the parcel.

“And I want the golf course to continue. It’s been there for 100 years,” Thiessen said. “But it has to be on new terms, so that it works for the landowner and the golf course.”

After the auction, Thiessen met with members, and this week proposed a new figure — several times higher than the old rent. No matter what happens, he also plans to put some of his longhorn cattle on the land.

Schweitzer understood the new owner’s position, he said last week, even before he knew what Thiessen would propose. “He’s going to have to make a price point to make him happy and pay his taxes.”

And the country club members will have to see if they can raise dues and fees enough — without losing too many members and public players — to pay it.

“If we can’t, I guess it will get turned into a pasture,” he said. “I’d hate to see that happen, because it’s kind of a historical deal.”

Tyler Gomez, a native Californian, wanted tips for his first winter in the Midwest. He sought advice from his neighbors using the Nextdoor app. Hundreds responded.

Brandon Davis said he worked at Quick Bites Soul Food for five years and did not want to see the work he put into the establishment go to waste. He decided it was time to hunker down and fulfill one of his lifelong dreams. 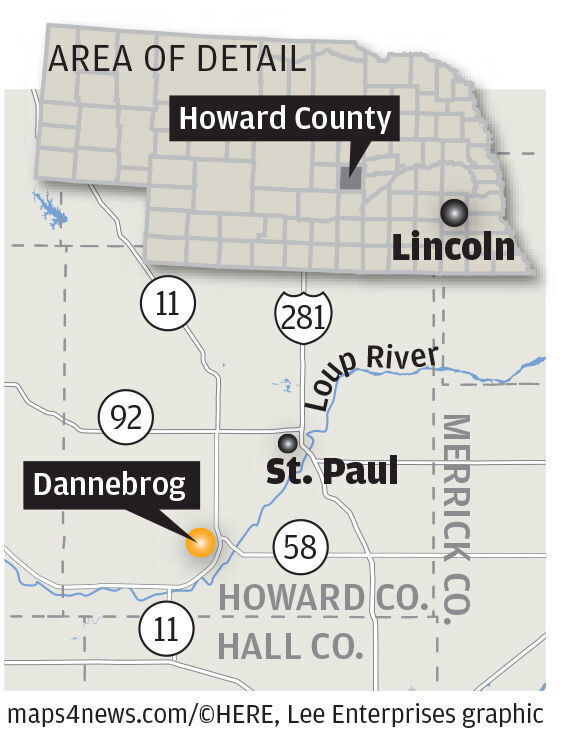 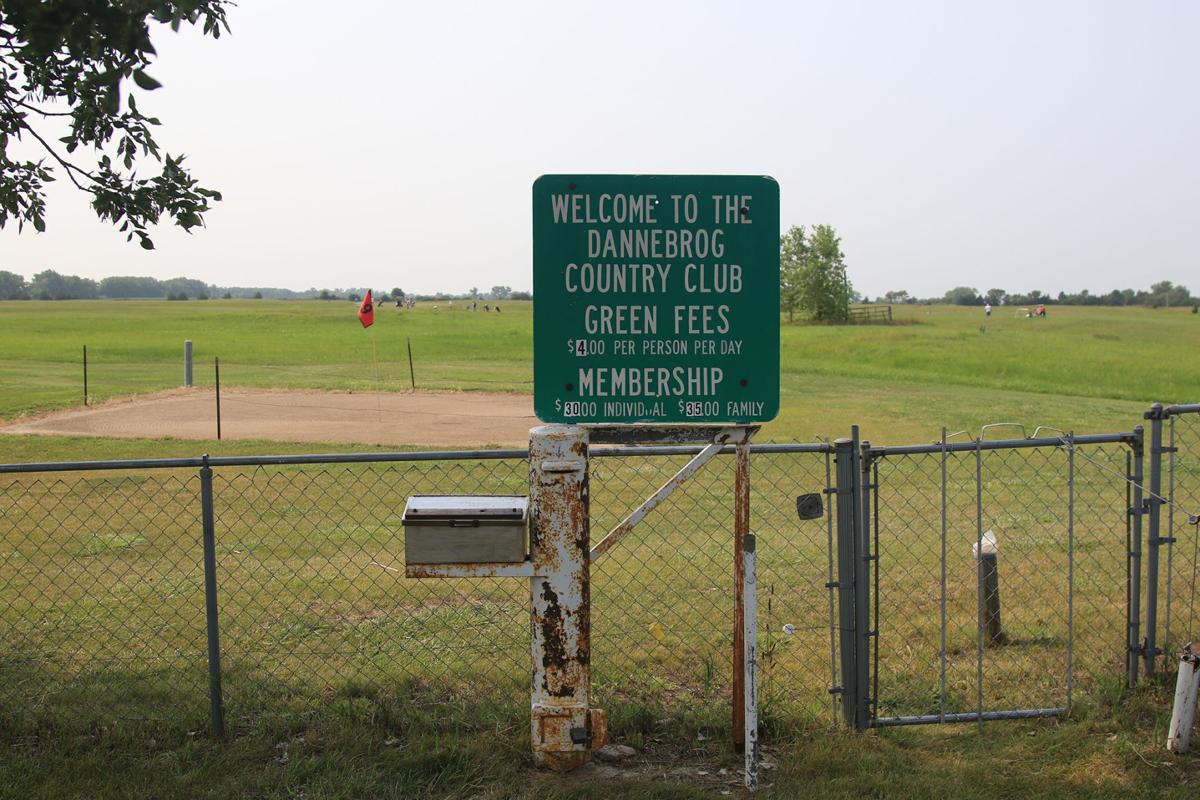 The Dannebrog Country Club will have to raise its dues and fees to meet the new owner's higher rent. 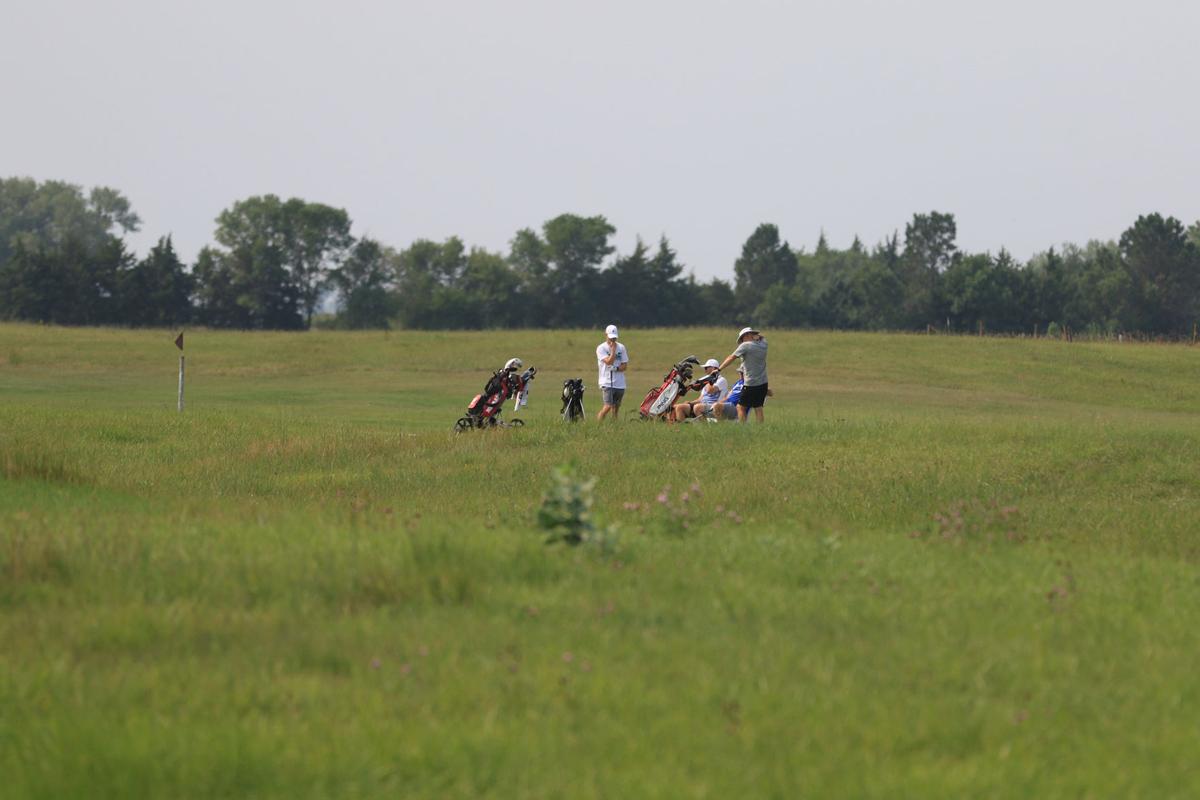 Golfers used to share the course with cattle, but the last landowner started haying the rough instead. 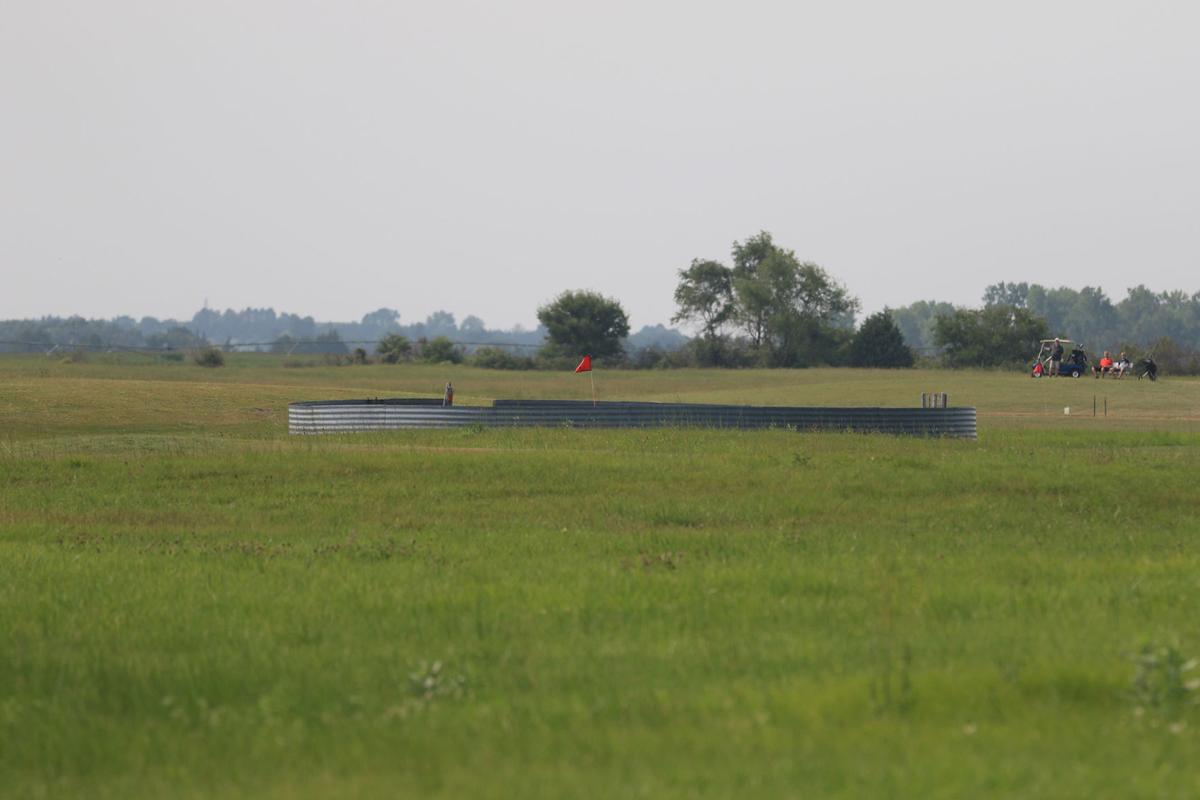 The Dannebrog Country Club held its annual Bull Pen Open -- named for hole No. 2 -- in August. 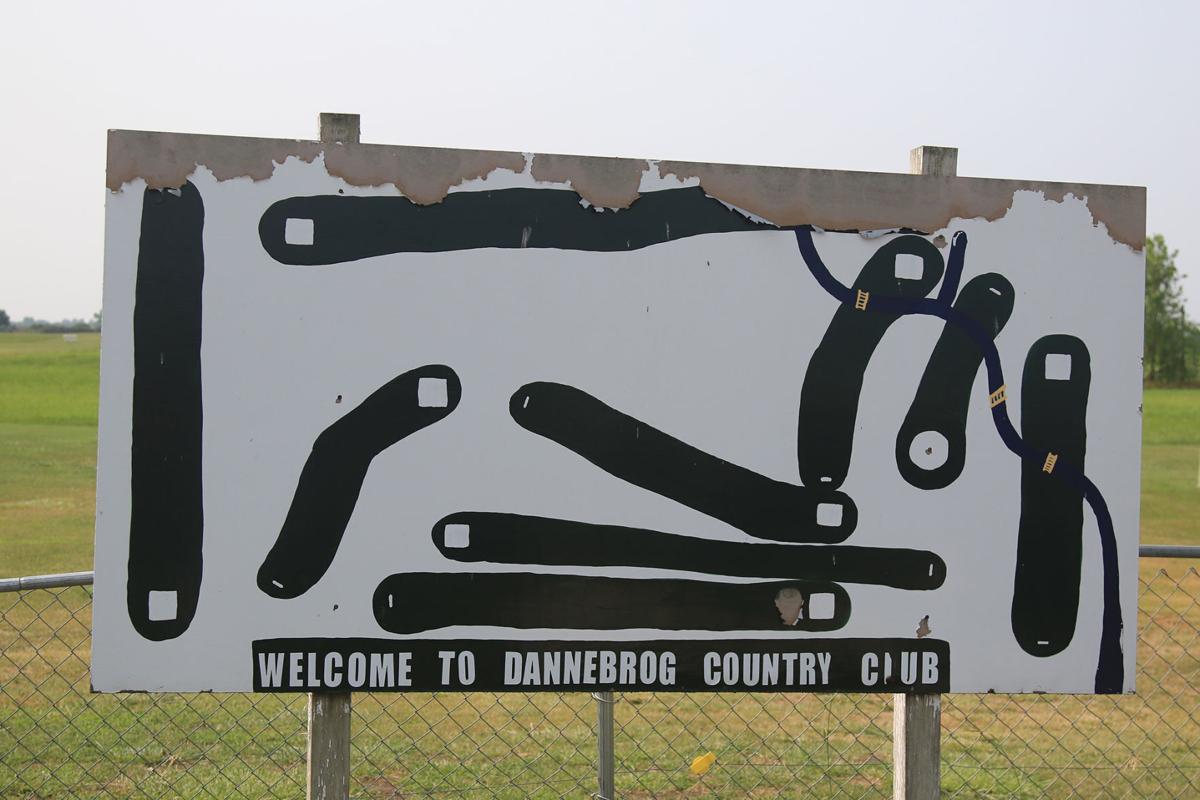 The Dannebrog Golf Course is one of a handful of remaining sand green golf courses. 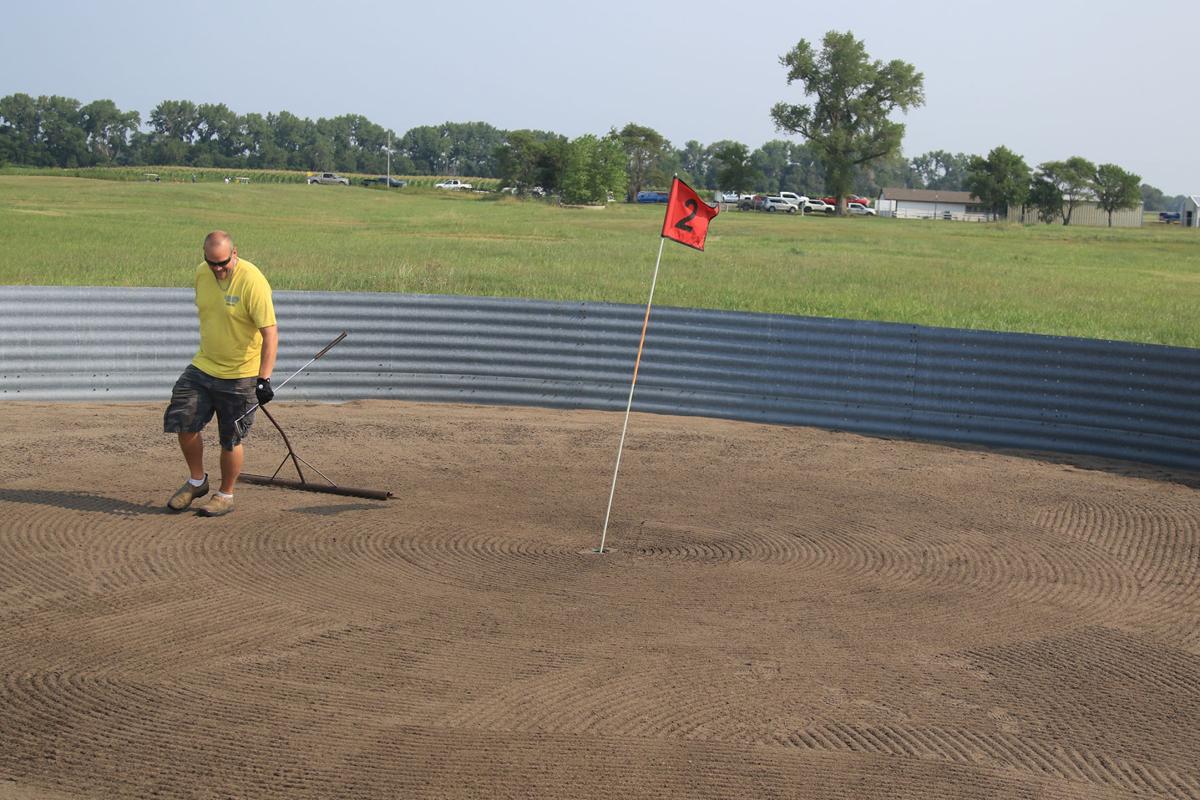 Dannebrog Country Club's par-3 No. 2 hole has been encircled by a grain bin ring for decades, in an attempt to keep the cows out. The future of one of the state's few remaining sand green courses is in limbo.