HARTINGTON — When they agreed to be the subjects of a television show, Erin and Ben Schroeder wanted viewers to get a realistic look at their lives as small-town veterinarians.

They wanted viewers to see the dirt, the blood and the manure, and that not every case has a happy ending.

"We wanted things to be authentic and real," Erin Schroeder said.

The husband-and-wife veterinarian team from Hartington will bring more of that reality to TV on May 30, when season 2 of their show "Heartland Docs, DVM," premieres on the Nat Geo Wild channel.

This season will show a few more family moments with Ben, Erin and their teenage sons, Charlie and Chase, but viewers still will get plenty of time following the vets as they care for animals brought in to their Cedar County Veterinary Services clinic or on the farms that surround Hartington. None of the cases are staged, Ben said.

"Everything we shot, we can say we really did this," he said. "The best stories have been legitimate emergencies."

Those familiar with the show have watched Erin tear up during difficult cases in which an animal isn't going to survive. It's not an act.

"The emotions are so real. It kind of tugs at your heartstrings," Erin said, adding that tears still well up in her eyes when rewatching those season 1 scenes.

That realism and emotion is reflected by the pet owners and farmers who call on the Schroeders, who hope the show portrays a way of life viewers from big cities can appreciate.

"This is really just sharing a slice of life from rural America," Erin said. "We hope to tell these beautiful stories about the Midwest."

The message seems to be resonating, at least a little.

During a trip to New York City to promote the show, Ben said a hotel bellhop studied him closely when they checked in.

"Later that night he said, 'I love your show,'" Ben said. It was cool to be recognized from the show, he said, but even cooler knowing that someone living in the nation's biggest city enjoyed watching a show about vets in Nebraska.

Back home in Hartington, it's business as usual, though the Schroeders do get approached at basketball games by kids who want to have their picture taken with them. The couple, who gained some fame for restoring a couple of historic buildings in town, are community members, parents and coaches like everyone else. They just have an eight-member TV crew following them around some of the time.

A newspaper story about their restoration work a couple of years ago caught the eyes of television producers, who began calling to gauge their interest in starring in their own show.

"I hung up on the first couple. I thought I was being scammed," Erin said.

Glass Entertainment, which produces home remodeling shows and "The Vet Life" on Animal Planet, convinced them their interest was legitimate. Nat Geo Wild was interested in their story, and just before Christmas 2018, the Schroeders were told the show was a go.

They shot season 1 last year from March to June, and before season 1 ever aired, the channel signed on for a second season, and filming ran from August through March of this year. The fall and winter filming will allow viewers to follow cases different from those seen in the spring and summer months of season 1.

The 12-hour days of shooting can be grueling, Ben said, but seeing the end result is fun for them and their clients, many of whom have been good sports about being interviewed on camera or entering and leaving the clinic 10 times so the film crew can get a desired angle.

If a client doesn't want to be filmed, he or she isn't. The Schroeders, often with help from Charlie and Chase, treat livestock, cats and dogs, exotic animals and wildlife, so there is no shortage of material.

"They're only shooting a small portion of what we're seeing," Erin said.

When they took over Ben's father's practice a few years ago, Ben and Erin never envisioned this. It just happened. Because the show has been so much fun, they're willing to run with it as long as the producers and viewers are interested.

'This is our third child': Veterinarians restore historic Hartington Hotel

An IRS investigation revealed Tony Merksick had underreported his earnings from being a bookie for an online, off-shore gambling operation.

Jim McKee: Oakdale was once a country seat

Oakdale was the thriving seat of Antelope County before voters gave the honor to Neligh.

Friday's decision was a reprieve to tracks in Grand Island and Columbus, which have shared in the pooled funds for nearly two decades.

Drought conditions haven't been this bad in Nebraska since 2014, and there is no relief in sight, with hot temperatures forecast for this weekend and little to no rain expected across the state for the next two weeks.

Drought conditions haven't been this bad in Nebraska since 2014, and there is no relief in sight, with hot temperatures forecast for this weekend and little to no rain expected across the state for the next two weeks.

A search of Hunt's Construction & Roofing on Thursday turned up more than 500 Xanax pills and led to the arrest of the owner, the Nebraska State Patrol said.

After stopping a cargo van for a vehicle defect and becoming suspicious, officials found the drugs concealed in cardboard boxes marked as coffee.

Executive Director Bill Ogg told State Fair Board members Monday morning that there were about 3,500 4-H and FFA entries in this year's fair, which was about 80% of what the fair would have in a normal year.

How to Combat Stress and Anxiety by Moving Your Body

How to Combat Stress and Anxiety by Moving Your Body 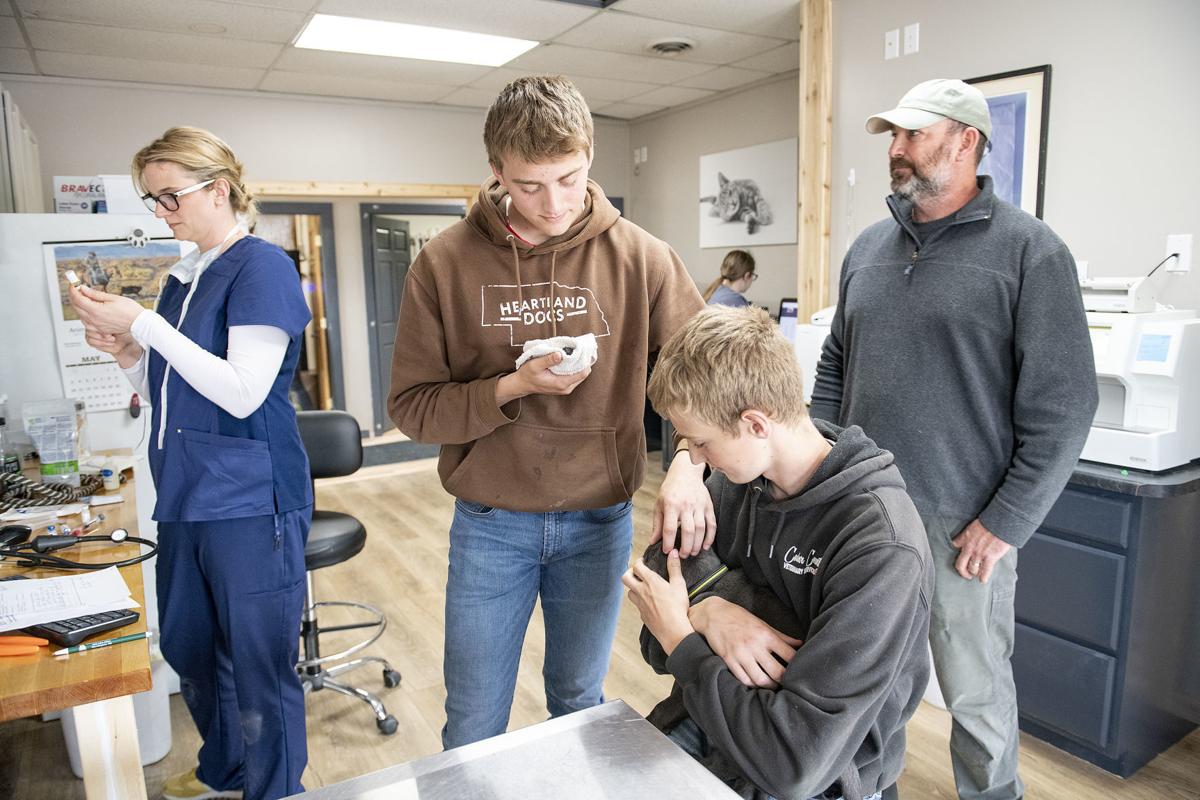 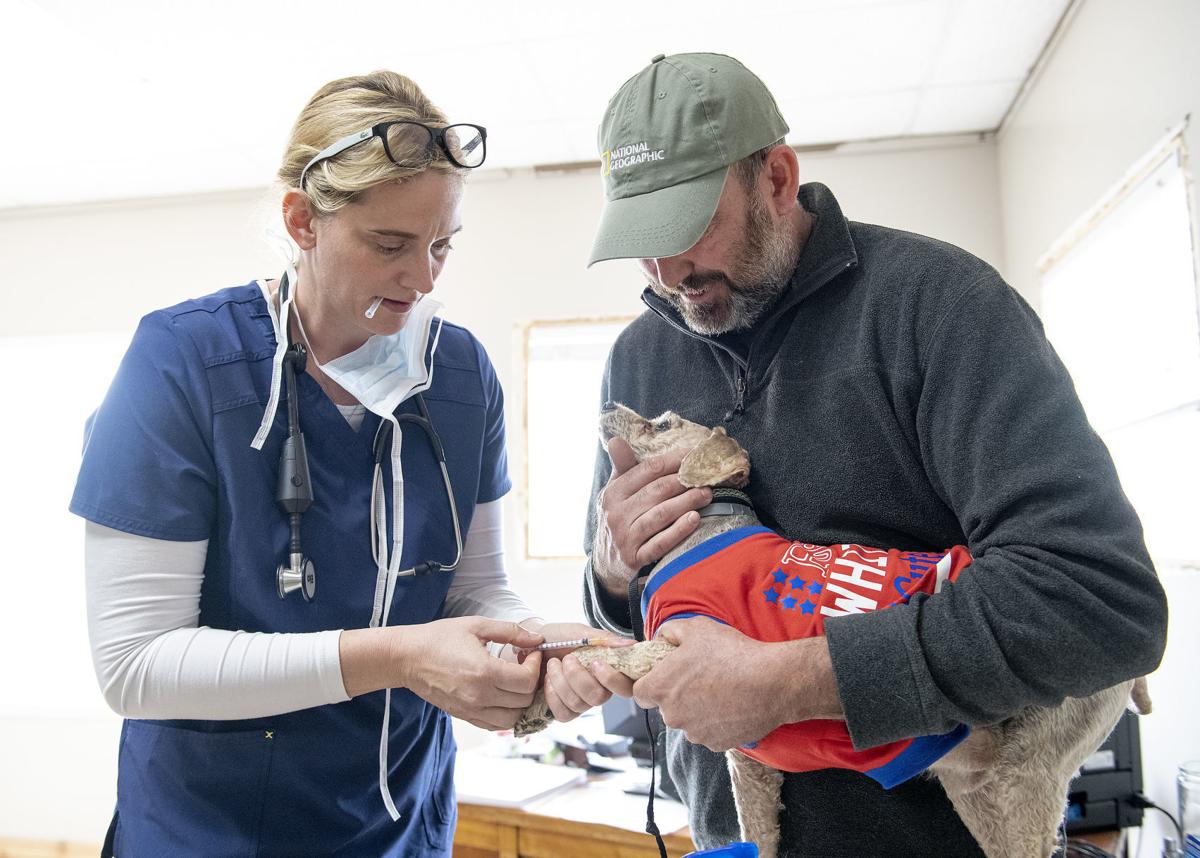 Erin Schroeder performs a blood test for heartworm on a bichon poodle named Charlie while her husband, Ben, assists in their Cedar County Veterinary Services clinic in Hartington. Fans of their show, "Heartland Docs, DVM," will get to see more of the Schroeders' daily dealings with animals when season 2 of the show premieres May 30. 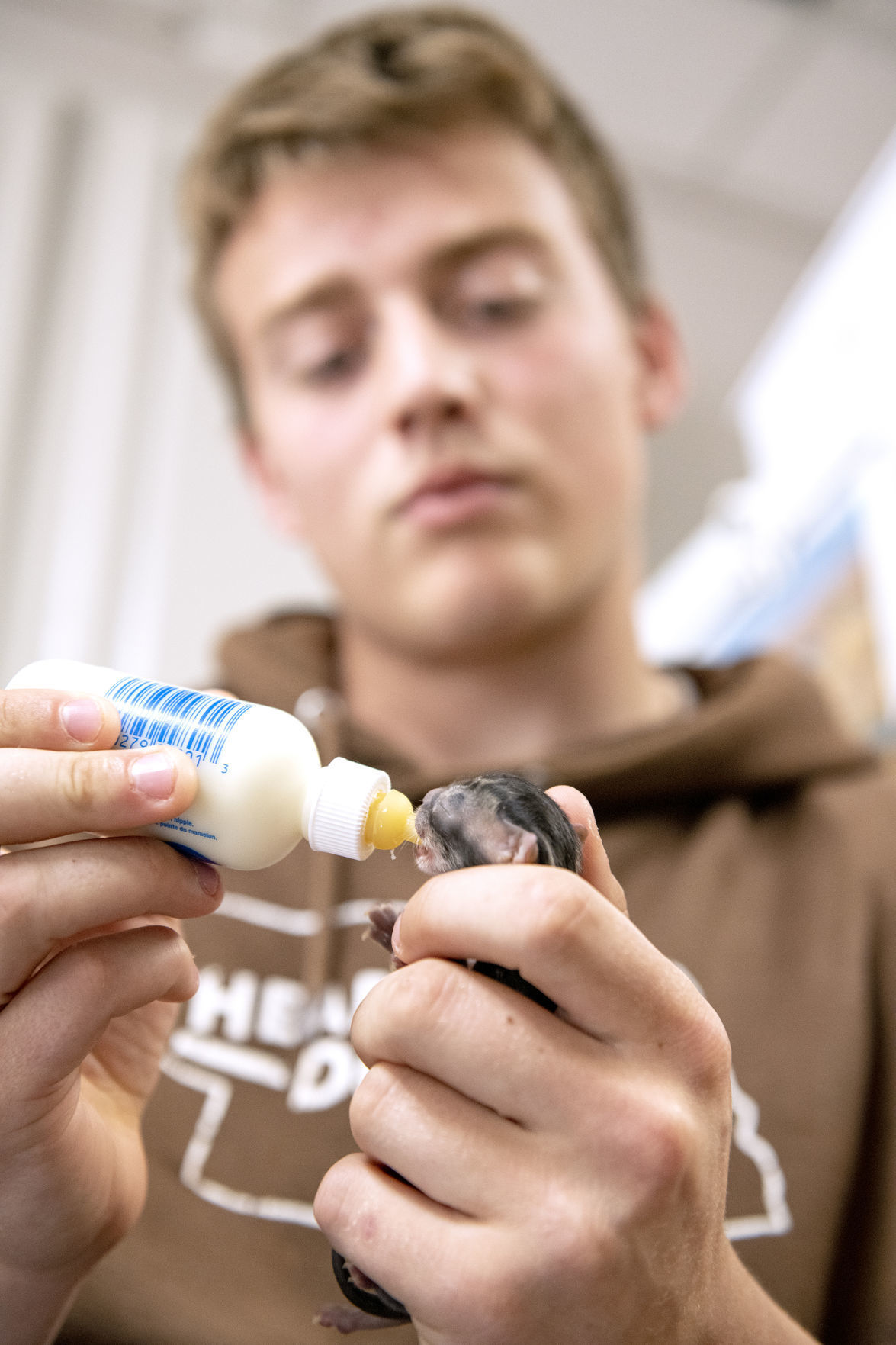 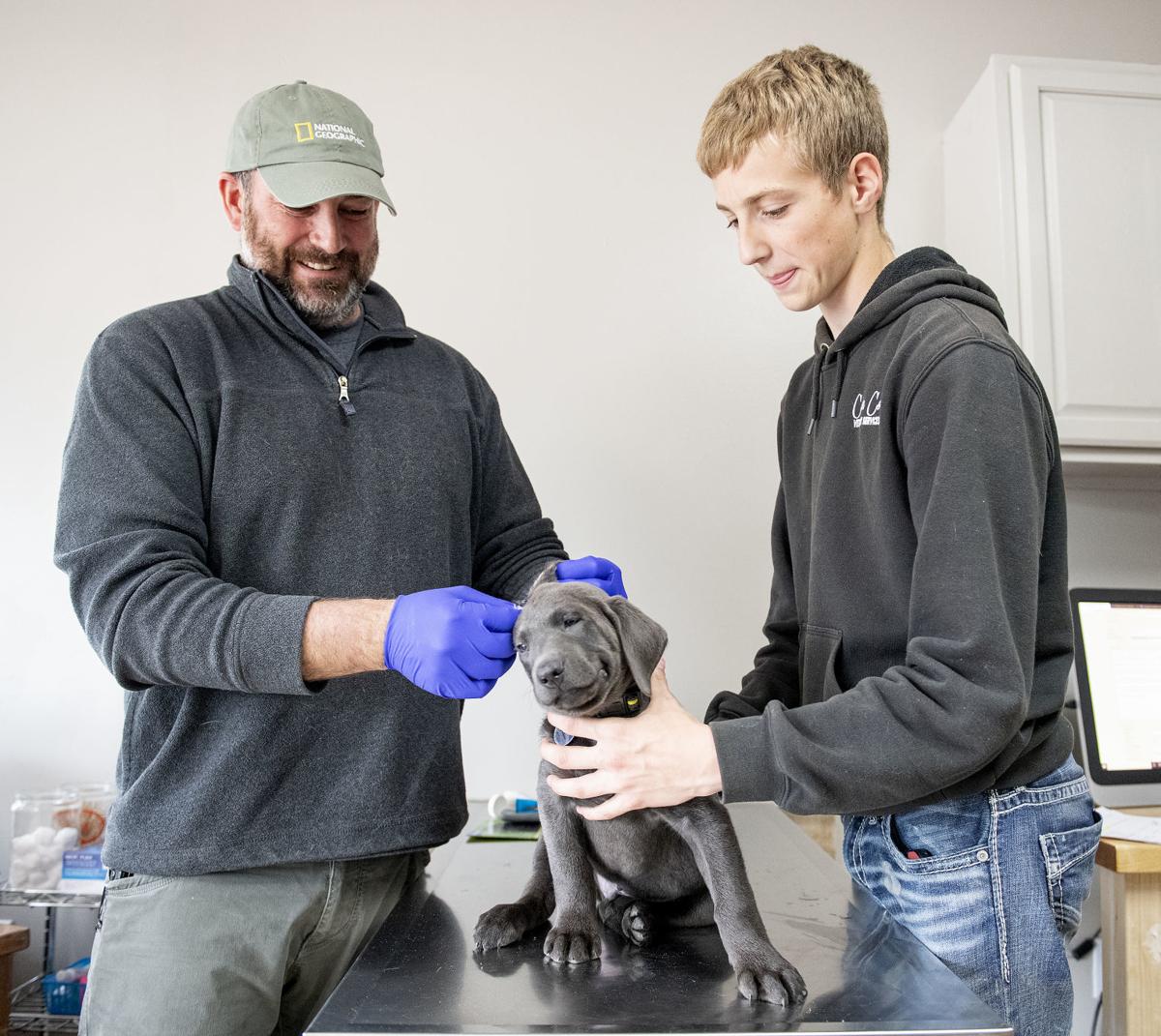 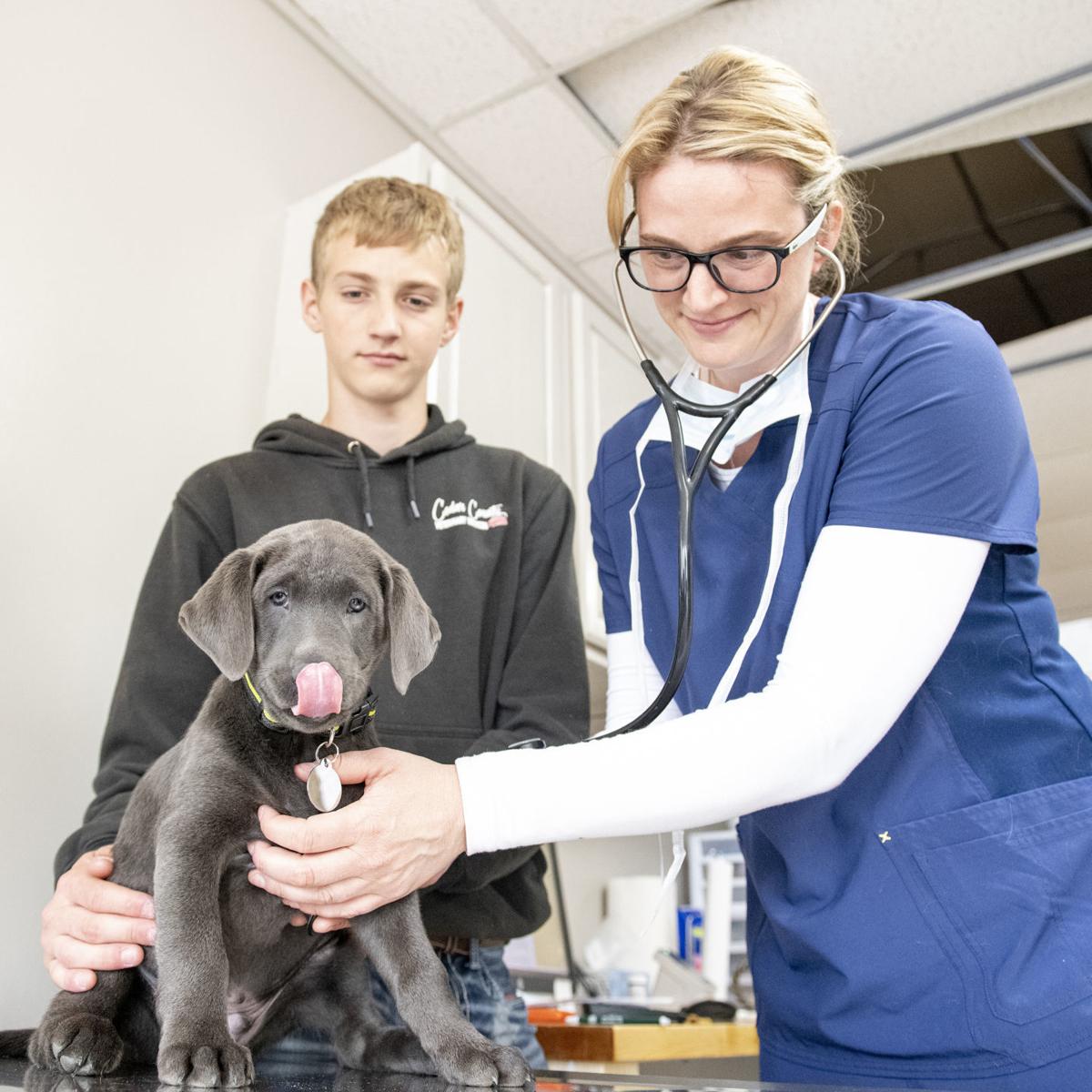