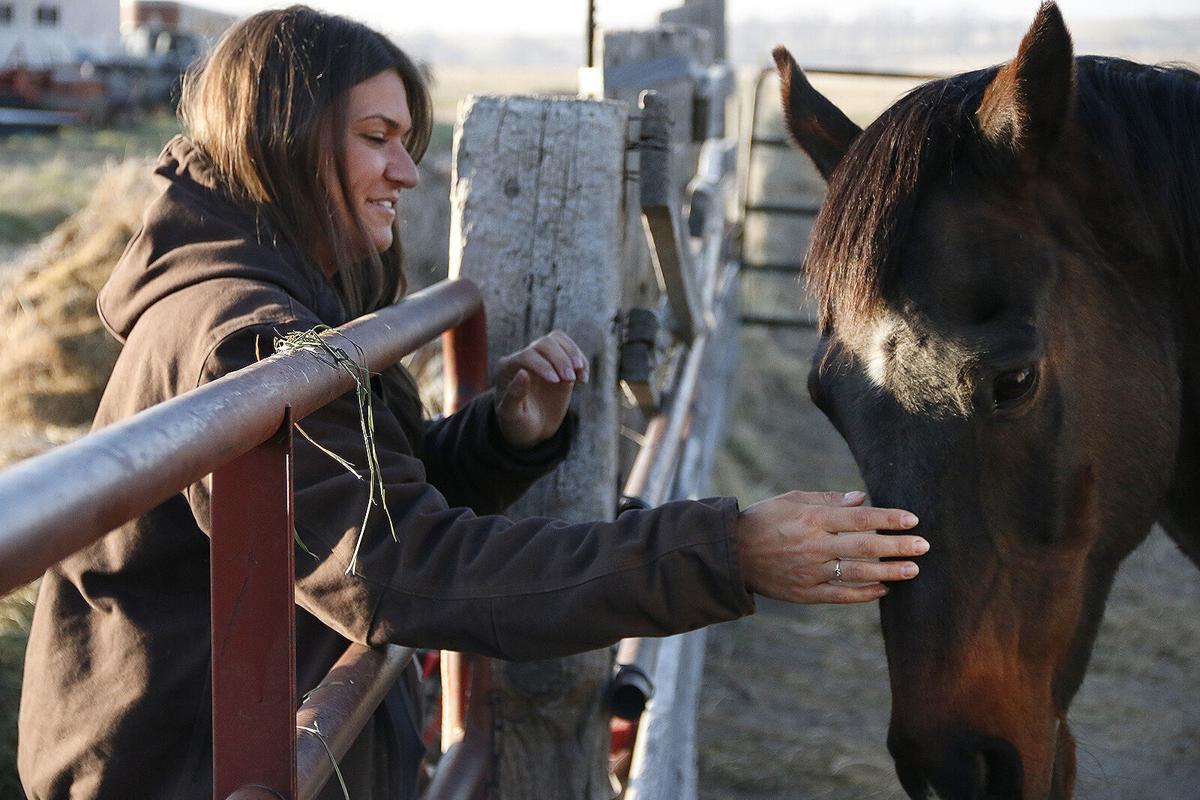 Mehgan Fry pets Jed before they set for home on Sunday. 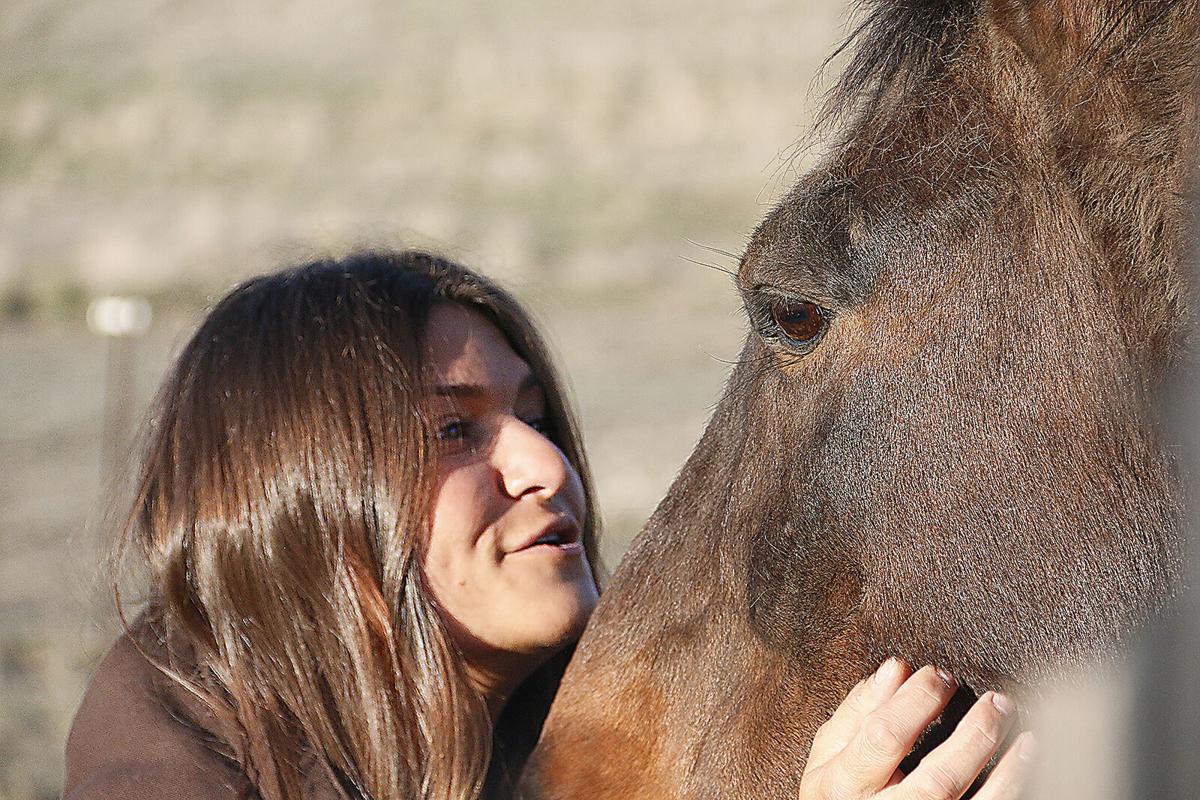 Mehgan Fry and Jed chat in a stall before they returned home on Sunday. 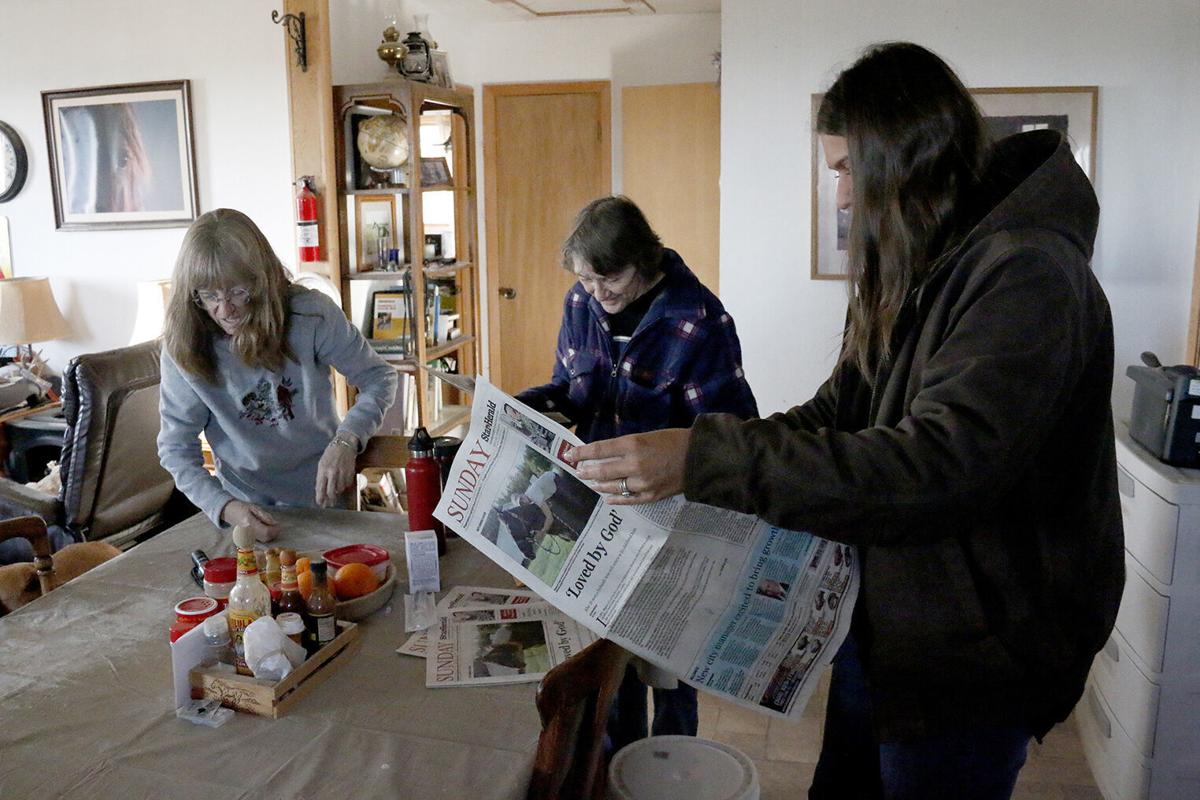 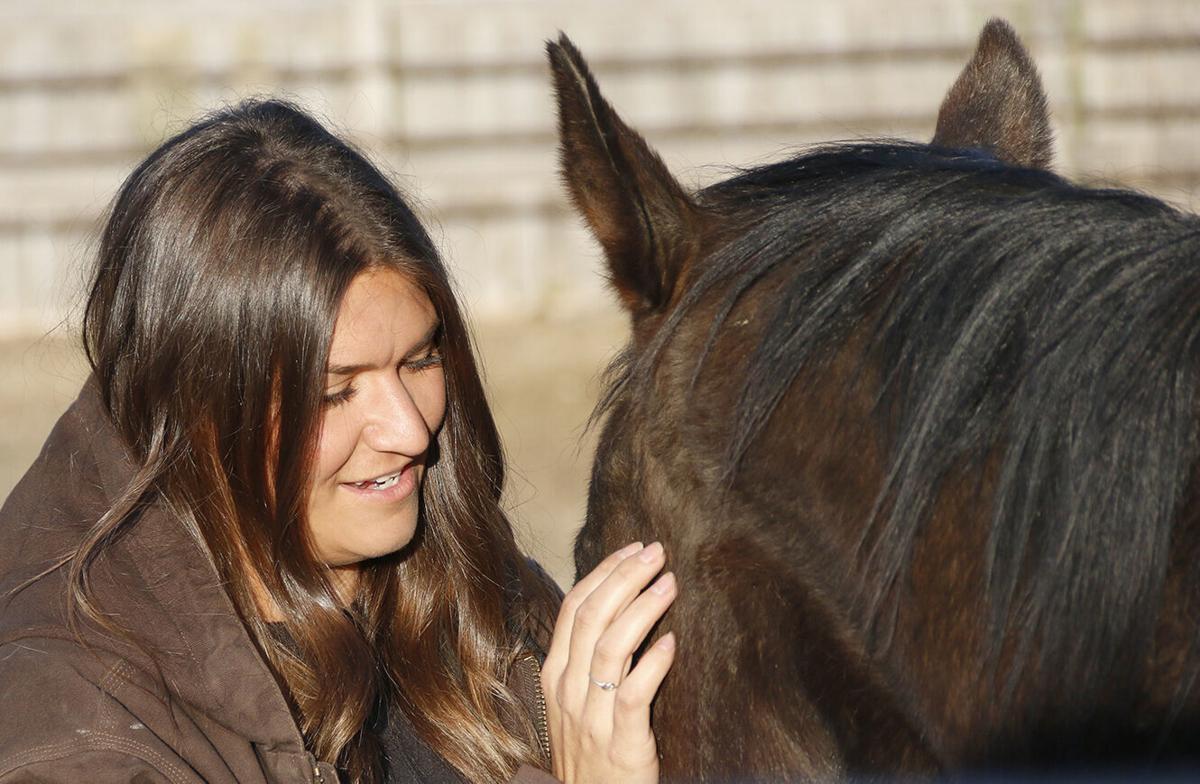 Mehgan Fry and Jed hang out in the stall before they return to North Carolina. 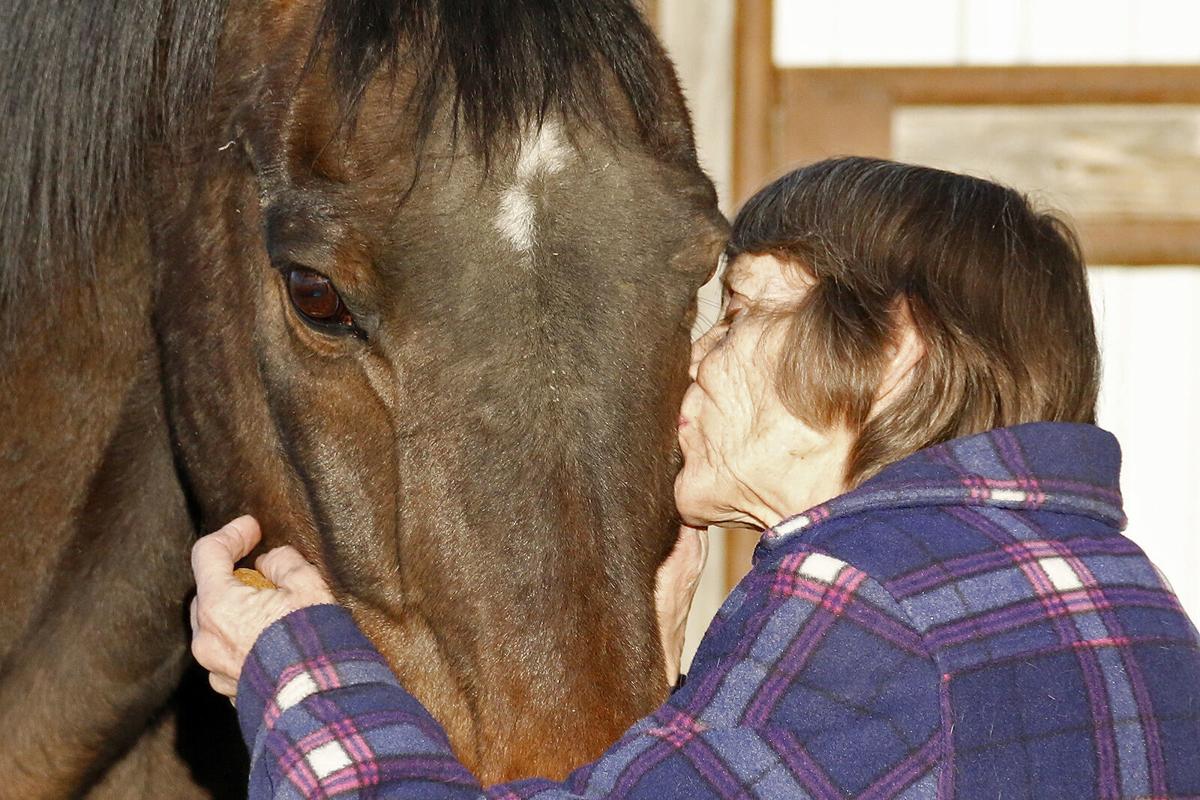 Cheryl Smith plants a kiss on Jed before he travels to home to North Carolina.

For 10 years, Jedadiah, a dark bay thoroughbred horse, was missing.

In 2011, North Carolina woman Meghan Fry was forced by circumstances to sell her childhood best friend. While stationed at a military base, she found a Wyoming couple who seemed ideal for Jed. After meeting the family, Fry said, she made the sale.

When Fry returned to the stable in Wyoming where Jed stayed to say goodbye, she found thousands of dollars of horseback riding equipment missing. Jed was nowhere to found.

She posted on social media, reached out to veterinarians and contacted the family who bought Jed. But they were unresponsive. Eventually, Fry learned they’d sold Jed.

She launched a decade-long hunt to bring Jed home. And over the weekend, it finally paid off with a reunion.

Fry spent last week driving from her home in North Carolina to Sherry Fortner’s home north of Scottsbluff. On Saturday, Fry and Jed were reunited.

When Fry arrived in Scottsbluff on Saturday evening, her long-lost horse trotted up to the gate to greet her. Jed twisted his head curiously as he sniffed her hand. Fry cried and hugged her horse as Fortner and others who helped reunite the long-separated duo stood by.

“I wasn’t anxious about the drive (to Scottsbluff),” Fry said. “But when you go back and then once the horse is on there, I’m like, ‘Oh gosh, I hope everything just goes perfect.'”

Cheryl Smith and Fortner discovered Jed and his lost owner after Smith gifted Fortner the horse a few months ago. They said he was skinny when they bought him but had a calm and sweet temperament.

After 10 years, Fry had doubted she’d ever find Jed.

She recounted some of the experience while eating breakfast with Smith and Fortner Sunday morning.

“I almost gave up,” Fry said over breakfast.

Instead, she made a one last post on Facebook. It was a “Hail, Mary,” Fry said. Smith said if she hadn’t given Jed to Fortner, Fry may never have found him.

A friend of Fortner’s saw the post and discovered Jed’s adventurous past. Not long after, Fortner and Smith contacted Fry.

After breakfast and a few repairs to Fry’s trailer, it was time to go home.

Watch now: Newborn calf stands up for the first time

A town renewed: Factory in tiny DeWitt putting tools on the market again

The factory that once produced Vise-Grip locking pliers is under new ownership, and its new Eagle Grip line of tools has given the southeast Nebraska town of DeWitt a renewed sense of pride.

Robert Laier was a farm boy who yearned to fly. His dream came true in 1945, only to be cut short in 1951 somewhere over North Korea. Tuesday, the hometown hero's memory will be celebrated in a big way.

75 years ago, North Platte saw a spike in housing demand from WWII veterans and their families

It remains to be seen whether North Platte will face a major spike in housing demand from a planned beef processing plant.

The Rev. Jim Golka, pastor of St. Mary’s Cathedral in Grand Island, has been named bishop of the Catholic Diocese of Colorado Springs.

Dubbed by the new owners as their “chouse,” 1,600 people follow a Facebook group, “Bless this Chouse,” for regular updates on the renovation of the former house of worship.

Tim Kolb worked on accessibility and employment issues and on policies to help disabled people gain more control over their lives. "The world has been so much enriched by him," a friend said.

“It just seems so unfair. It could have been prevented, especially … a father is supposed to protect his children. And sometimes there's something you don't know; we didn't know he had mental health problems,” Jason Prorok said of his son.

Kayaker enjoys Nebraska from the water

Ogallala's Travis Byers uses a camera to document his kayaking adventures, including a lunar eclipse, ski slopes in Colorado and more.

The 90-year-old bridge collapsed March 14, 2019, under the weight of the flood-swollen Niobrara River in northeast Nebraska.

What did one seasoned racer feel when he pulled onto the Bristol track? “Really, I was speechless,” Cory Dumpert said. "I just tried to stay calm. I was doing this with professionals, and I’m just a guy from Small Town, Nebraska.”

Mehgan Fry pets Jed before they set for home on Sunday.

Mehgan Fry and Jed chat in a stall before they returned home on Sunday.

Mehgan Fry and Jed hang out in the stall before they return to North Carolina.

Cheryl Smith plants a kiss on Jed before he travels to home to North Carolina.