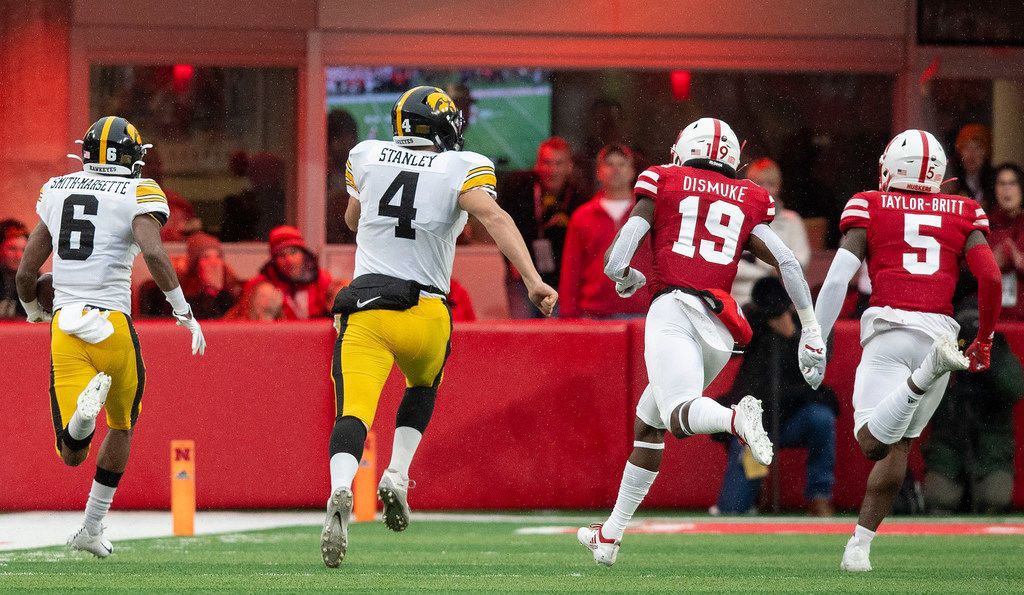 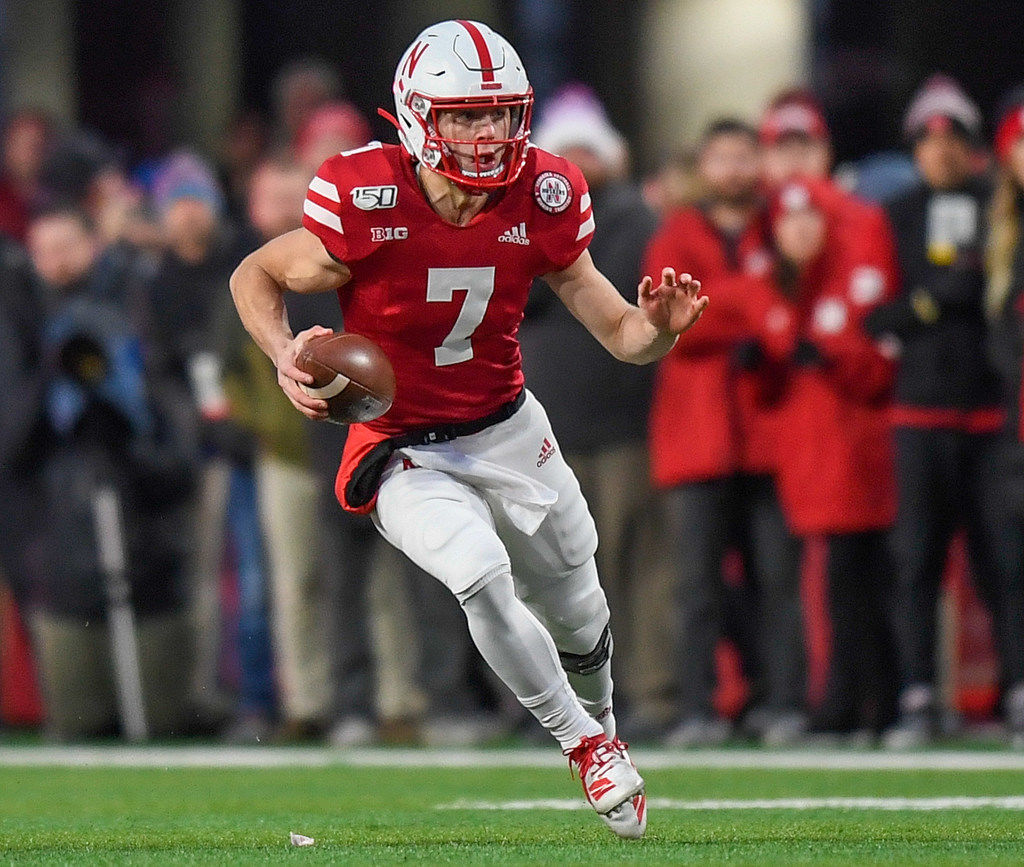 Nebraska's quarterback Luke McCaffrey (7) runs the ball on Friday against Iowa during a Big Ten Conference game at Memorial Stadium.

Nebraska's quarterback Luke McCaffrey (7) runs the ball on Friday against Iowa during a Big Ten Conference game at Memorial Stadium.

The next nine months are going to feel a lot different around here. Maybe you already feel it.

The long offseason ahead for Nebraska football fans likely will have the least amount of hyperbole of any in the past 20-plus years. It should feel healthy, as if we’re all going on diets.

Yes, times have changed in our little football world.

When Nebraska endured losing seasons early in the Bill Callahan and Mike Riley tenures, recruiting hype still was cranked up to all-time levels. The athletic directors at the time, Steve Pederson and Shawn Eichorst, reveled in that sort of existence. Recruiting was a beautiful world for them because it didn’t involve actual on-field competition. The on-field part of the equation — you know, blocking and tackling in the cold — became almost secondary.

Recruiting hype still will assuage fans to a certain extent. But my sense is it’s worn off quite a bit.

Meanwhile, Nebraska’s record the past three seasons — 4-8 in 2017 under Riley and 4-8 and 5-7 in 2018 and 2019, respectively, under Scott Frost — hopefully has created a “prove-it” mentality among Husker fans. They should be more skeptical than ever of hype and prognostications.

What’s more, I’m guessing many fans will proceed with tempered expectations. They should proceed that way. Check the 2020 schedule and tell me how anyone could allow their expectations to range too far out of control on the positive side. The Huskers’ last five games next season: at Ohio State, Penn State, at Iowa, at Wisconsin, Minnesota.

So, yeah, the schedule should keep Nebraska fans and media grounded. The Huskers losing five of their last six games this season also should do it. Plus, I’m guessing Frost will watch his words more carefully.

That said, the “gotcha” mentality by media as it pertains to Frost’s offseason comments seems sort of comical. Granted, he expressed in February that he thought his team was “miles ahead” of the 2018 squad and that fans may be surprised how quickly the program rises. He was confident. He’s a confident sort. That’s not a bad thing. Plus, offering praise of his players might have been tactical in the wake of all the losing.

Fast forward to August when Frost told me he was “cautiously optimistic” about his team’s chances to have a strong 2019. Cautious optimism made sense at the time, even though a lot of media, especially at the national level, were all-in on Nebraska’s chances to rise. The Huskers in July were picked by Big Ten media to win the West Division and were a fixture in national preseason top 25s.

“I think just the overarching improvement is what makes me confident,” Frost said at the time. “We’re still making mistakes. There are areas where we need to get better. We’re far from the complete team right now that I think can do some of the things that people are expecting us to do. But we’ve got time.

“Watching (practice) tape, I’ll think, ‘Man, we didn’t do that on the offensive line last year.’ I’ll watch another play and a tight end will make a play that he didn’t make last year. Then the DBs do the same thing. Then the D-line does. I believe we’re a better football team at every single position, and that should lead to good things.”

So, Frost misjudged his 2019 team. That can happen. Former Nebraska head coach Tom Osborne once told me that he never had a great handle on what he thought his team could accomplish until it played two or three games.

Frost just completed his fourth season as a head coach. He’s learning. I’m guessing he’s learned to avoid making too many glowing comments about his program in the offseason.

Yeah, it’s going to feel different around here in coming months. I think it’ll be a change for the better, and I know one person whom I think would agree.

That would be Frost himself. I’ve known him since his playing days at Nebraska. He’s much more about doing than talking.

That team flat-out quit. Players have admitted it. It was an awful display. If you don’t see progress in Frost’s program compared to the end of Riley’s tenure, you’re actively trying to avoid seeing it.

On the bright side, the good professor’s note fired me up for work. Thanks, amigo.

On the other hand, peeing like a dog in an opponent’s end zone, as the Ole Miss receiver did last week, is going a bit too far. He’s got the imitation down, though. Nice work.