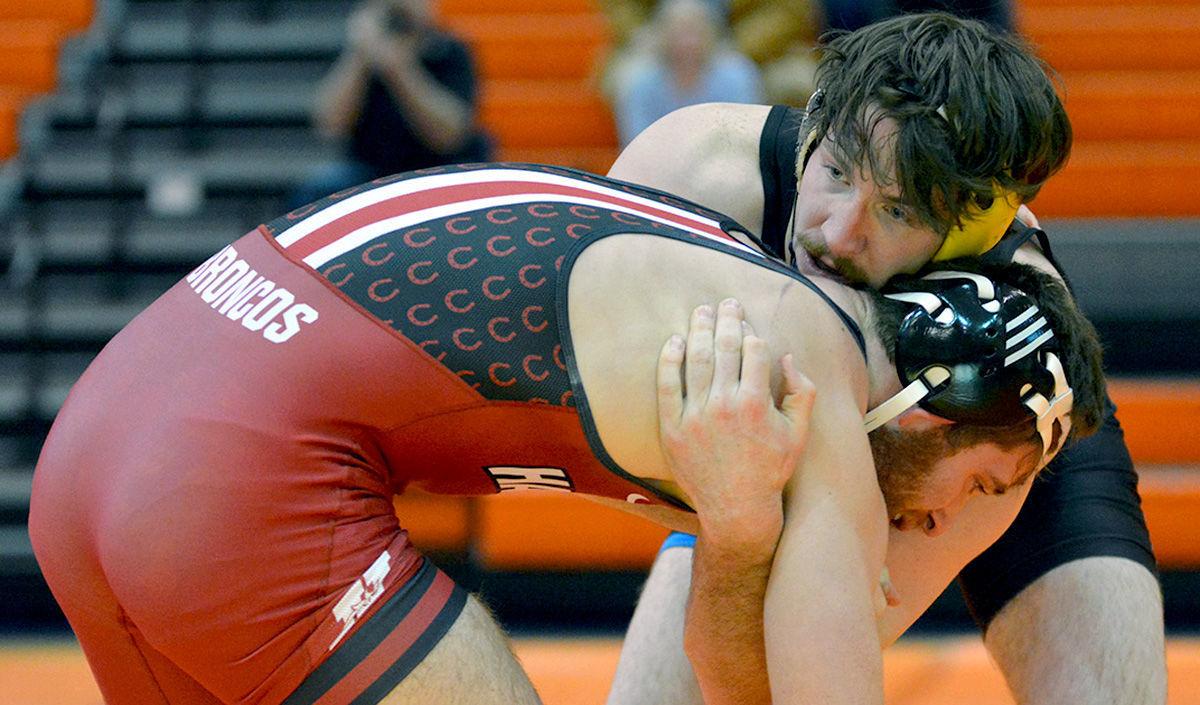 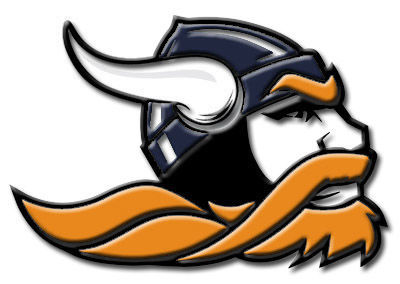 The Great Plains Athletic Conference match began at the 197 division where Devin Brown took on the Broncos’ Leo Perez. Brown worked his opponent to the mat quickly and earned a pin in just 1:04 to give Midland the early lead.

That was the only points for Midland on the night.

In the heavyweight bout, Daniel Pena did his best to build upon the lead as he took on Gunnar Gardner. The two grapplers went through a scoreless first period before Gardner worked a one point escape after choosing to start down in the second.

Pena would try to replicate the point in the third as he chose to start in the down position but before he could work his way free Gardner earned a four-point near fall. That ultimately decided the bout as Pena’s escape and takedown wouldn’t be enough as he fell 5-3.

Moving back to lower weights saw Midland gift the Broncos team points as the Warriors were open at the 125 and 133 as well as two other divisions on the night.

With Hastings leading 15-6, Prestin Vondra took on Edrich Nortje in an exciting back and forth battle at 141 pounds. In the opening period, the two traded takedowns, reversals, and escapes. After three minutes Nortje had a slim 9-7 lead.

In the second, he built a 15-7 lead thanks to a reversal and near fall. Vondra would escape at the end of the round earning a point and the right to move on to a third period. In the final period, he worked another escape point and then followed it up with a takedown to narrow the gap to 15-11.

Soon after though Nortje worked another reversal, his third of the bout, and then a two-point near fall to essentially seal the victory. Vondra scored a final escape point to make the final score a 19-12 decision but it wasn’t enough.

In the next match, MU’s Tristan Snover took on Trystan Berry at 149 and once again the fans in attendance were treated to an entertaining bout. Snover took charge first as he picked up a pair of early takedowns. Berry countered after the second though with a reversal and then a two-point near fall. He would then get a four-point near fall before the end of the round, taking a 9-6 lead into the second period.

In the second Snover once again took his opponent down early and kept him there for a decent period of time before Berry worked an escape before the buzzer.

During the third, Berry earned another point with an escape. The two traded takedowns before Berry won the decision 14-10.

The night ended with Midland’s lone senior Dylan Buschow took on Jayden Miller at 185. It was a slow-developing match as neither wrestler earned a point through the first five minutes.

In the final period though Buschow elected to begin down, looking for an easy point that could be the difference. However it was Miller taking advantage as he earned a two-point near fall and then rode out the rest of the time for the 2-0 win.

Midland will turn its focus to the GPAC Championships on Feb. 21-22 in Sioux City, Iowa. Morningside College will serve as the host of the two-day open event that also serves as the national qualifier for the NAIA Championships held the first weekend of March in Park City, Kansas.

Midland honored Buschow before the game Buschow. He spent the past two seasons as a Warrior after transferring from an area junior college. He was recognized along with his parents.

The 2019-20 season didn’t go quite as smoothly as the Warriors would have liked, but Midland University’s men’s basketball team finished it of…

Midland University dropped a pair of games to No. 11-ranked University of Jamestown over the weekend.

The Midland University women’s hockey team defeated the University of Nebraska in a home and home series over the weekend.