Coronavirus cases rising among US children as schools reopen; NFL has first outbreak

Kucera, a sophomore, set a new school record and reached the NAIA ‘A’ qualifying standard for nationals while winning the shot put with a toss of 56-8. Kucera also hit the ‘A’ standard with a 56-8 toss in the weight event to place fourth.

McMahon, a Fremont High graduate, also earned a berth to nationals by clearing 6-8 1/4 in the high jump. The freshman placed second in his first collegiate indoor meet.

“This was one of the best season opening meets we’ve had during my time at Midland,” Midland coach Daniel Gerber said. “There were a lot of strong performances in all event areas. It was an incredibly well-rounded performance by our team.”

Seth Sabata of MU also reached the ‘A’ standard in the shot put and weight throw. He was second in the shot with a toss of 54-3 1/4 and was third in the weight throw (60-8). It is the fourth time the Columbus native has qualified for indoor nationals.

Fremont High graduate Brock Hegarty, who now competes for Wayne State, was seventh in the mile run in 4:45.96.

Another FHS graduate, Vivian Sanchez, was one of the leaders for the MU women. She finished third in the mile in 5:53.55.

Midland will compete Friday and Saturday at the Graduate Classic in Lincoln. 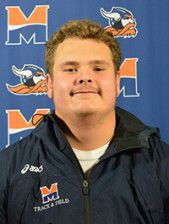 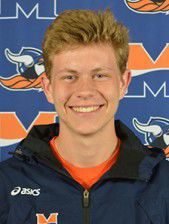