US added 379,000 jobs in February in hopeful sign for economy 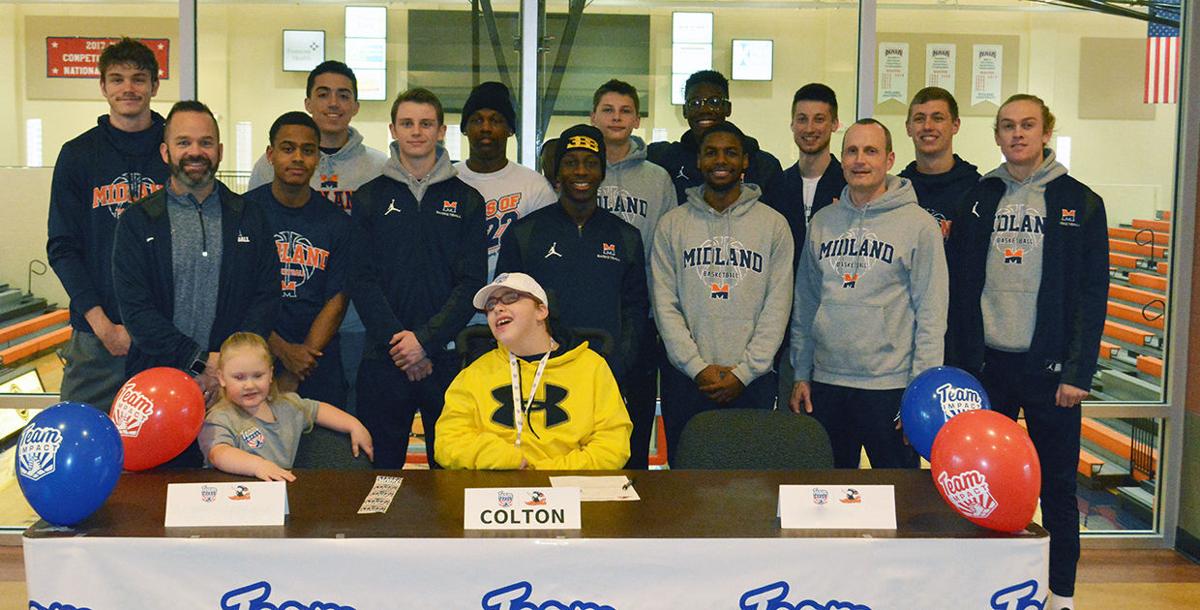 Colton Humphrey, seated in center, signed with the Midland University men's basketball team in January of 2019. The Blair youth joined the Warriors as part of Team IMPACT. The group pairs youths with college athletic teams. The Warriors were honored this week by the NAIA with the Conference Commissioners Association Champions of Character Team Award. 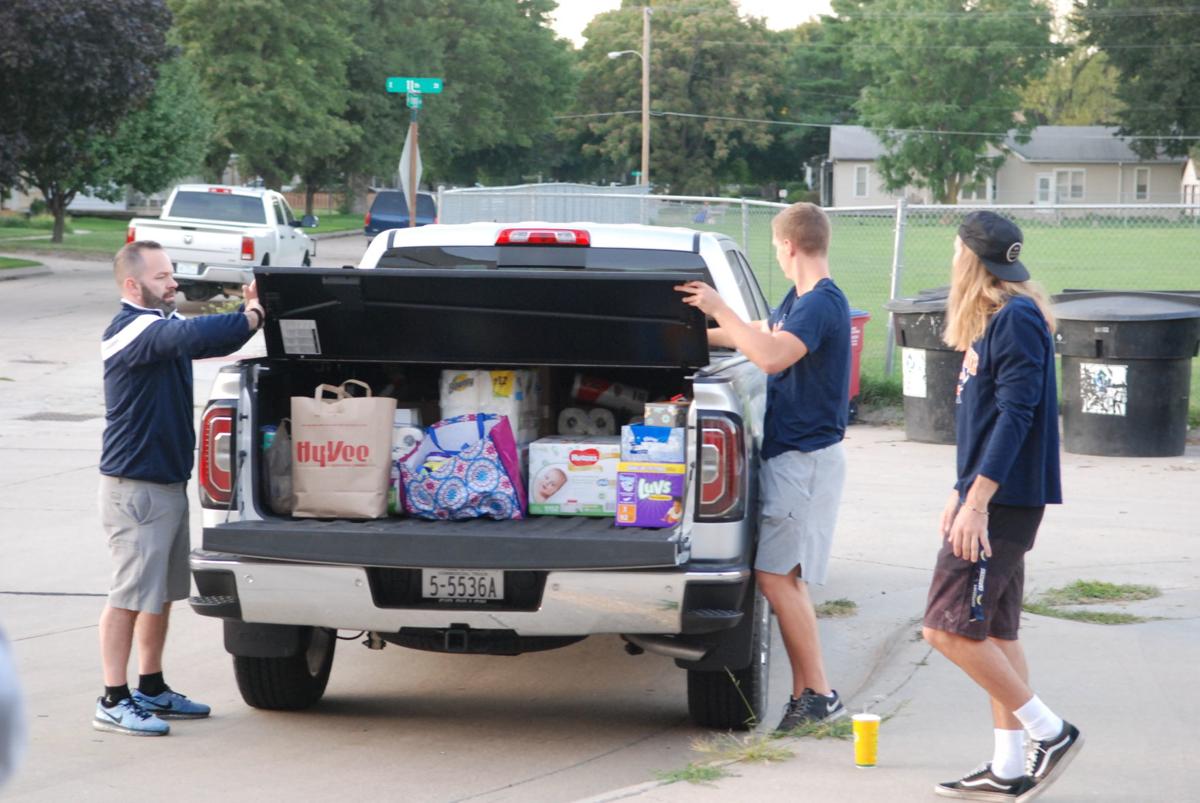 Midland men's basketball coach Oliver Drake, left, and team members pack donated items into a pickup outside of Wikert Event Center in 2017. The donated items were sent to Houston as part of the relief effort to assist those affected by Hurricane Harvey.

When Oliver Drake is recruiting players to the Midland University men’s basketball team, he is looking for more than just talented athletes.

“The first thing we talk to recruits and their families about is who we are and what we stand for,” the Warriors’ head coach said. “We are a character-driven program and we want to teach character through sports.”

That philosophy was recognized this week by the National Association of Intercollegiate Athletics (NAIA). The Warriors were one of only two teams in the nation to win the Conference Commissioners Association Champions of Character Team Award. The Park University women’s softball team was also honored.

The Warriors exemplified the NAIA’s core values of integrity, respect, responsibility, sportsmanship and servant leadership during the 2018-19 academic year.

“To me, it is the greatest thing we could be awarded just for what we do and the kind of guys we have in our program,” Drake said. “I think it speaks volumes about the people we have here and the things they do behind the scenes that nobody sees. We were completely blindsided as a program because we didn’t know we were even nominated, but it is a big-time award and we are thrilled we were rewarded for something that means so much to us.”

The award came after a 10-19 season in which a young Warriors’ squad was dealt several bad breaks, including losing All-Great Plains Athletic Conference performer Ryan Williams of Fremont for the season due to back surgery.

“It is easy to serve when things are going good for you, but we were awarded this after what — on paper — was our worst season,” Drake said. “I think it says a lot about the character of our guys that they went on and did things when maybe things weren’t going that well for them on the floor.”

During the season, the Warriors joined forces with Team IMPACT, a national nonprofit that connects children facing serious and chronic illnesses with college athletic teams. Colton Humphrey, a 12-year-old from Blair who was diagnosed with Cerebral Palsy at birth, and his family were added to the MU team.

“One of the core values we have in our program is thankfulness for an opportunity,” Drake said. “Colton has had more than 50 surgeries in 12 years, but he has never said no to a workout or a rehab session. There are a lot of physical things that he can’t do, but the power of his mind and his sticktoitiveness and grit is ingrained in our guys.”

Drake said Humphrey has served as an inspiration.

When the Fremont area was hit by flooding in March, the men’s basketball team assisted in the cleanup efforts. Additionally, the Warriors organized and executed a campus clean-up event and conducted a free youth basketball camp for boys and girls in the area.

“The really neat thing is we don’t do things to publicize it,” Drake said. “So much of our stuff just happens organically because that is what our guys believe and are all about.”

Drake was among those who helped with sandbagging efforts during the flooding. While he is proud of how his team stepped up, he said they were just a small part of a giant effort.

“From something so bad, great things can come from it like how our community came together,” Drake said. “The team of Fremont was unbelievable during that time.”

The Warriors have also been guest servers for the annual fundraiser for Lifehouse — a nonprofit that serves the homeless and less fortunate in the community.

“It is kind of fun to see these big guys going around figuring out what side to serve the plates on and which side to pick them up from,” Drake said. “I think the guys have enjoyed it. Lighthouse is an unbelievable organization and we are happy to be a part of it.”

The Warriors have also participated in the Howard Elementary Read Across America program.

Drake said the national honor is good recognition for everyone connected to MU.

“I think it is also a reflection of all the other guys that have come through the program, too,” he said. “I hope the current guys as well as our alumni are proud of this because these type of things are the ultimate championships.”

Colton Humphrey, seated in center, signed with the Midland University men's basketball team in January of 2019. The Blair youth joined the Warriors as part of Team IMPACT. The group pairs youths with college athletic teams. The Warriors were honored this week by the NAIA with the Conference Commissioners Association Champions of Character Team Award.

Midland men's basketball coach Oliver Drake, left, and team members pack donated items into a pickup outside of Wikert Event Center in 2017. The donated items were sent to Houston as part of the relief effort to assist those affected by Hurricane Harvey.